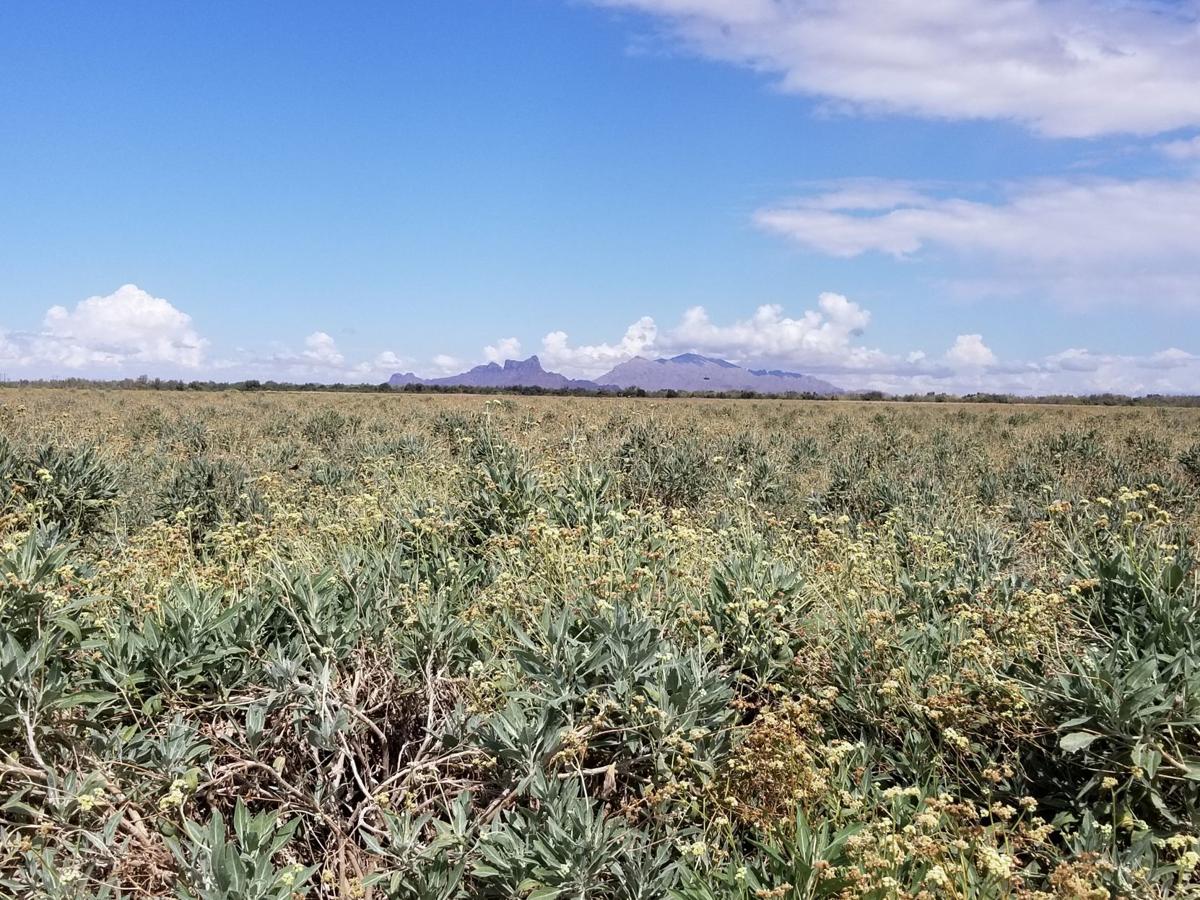 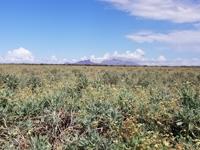 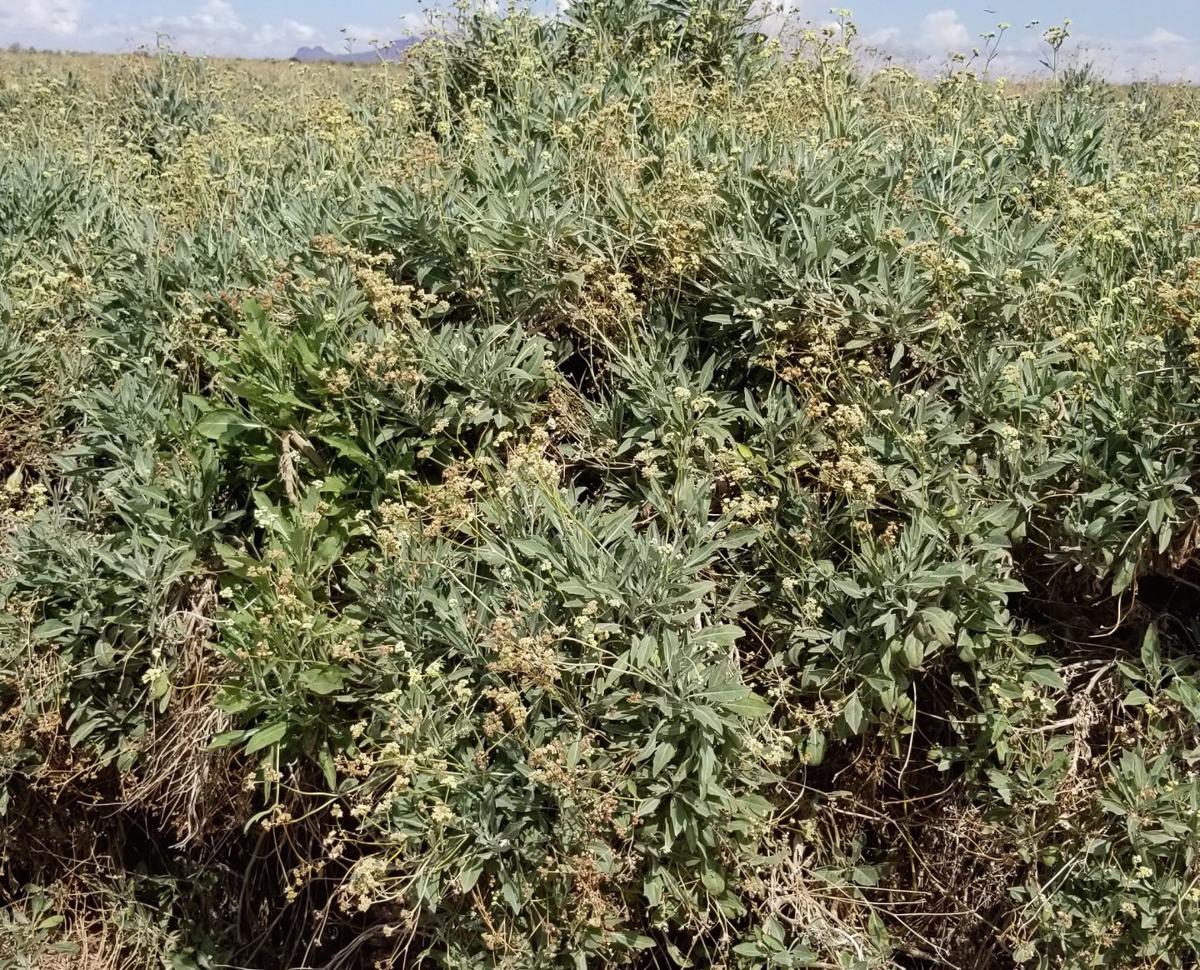 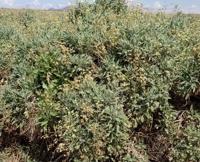 Bridgestone Americas has teamed up with the University of Arizona's Sustainable Bioeconomy for Arid Regions program to study a supplemental source of natural rubber in guayule, a desert plant. 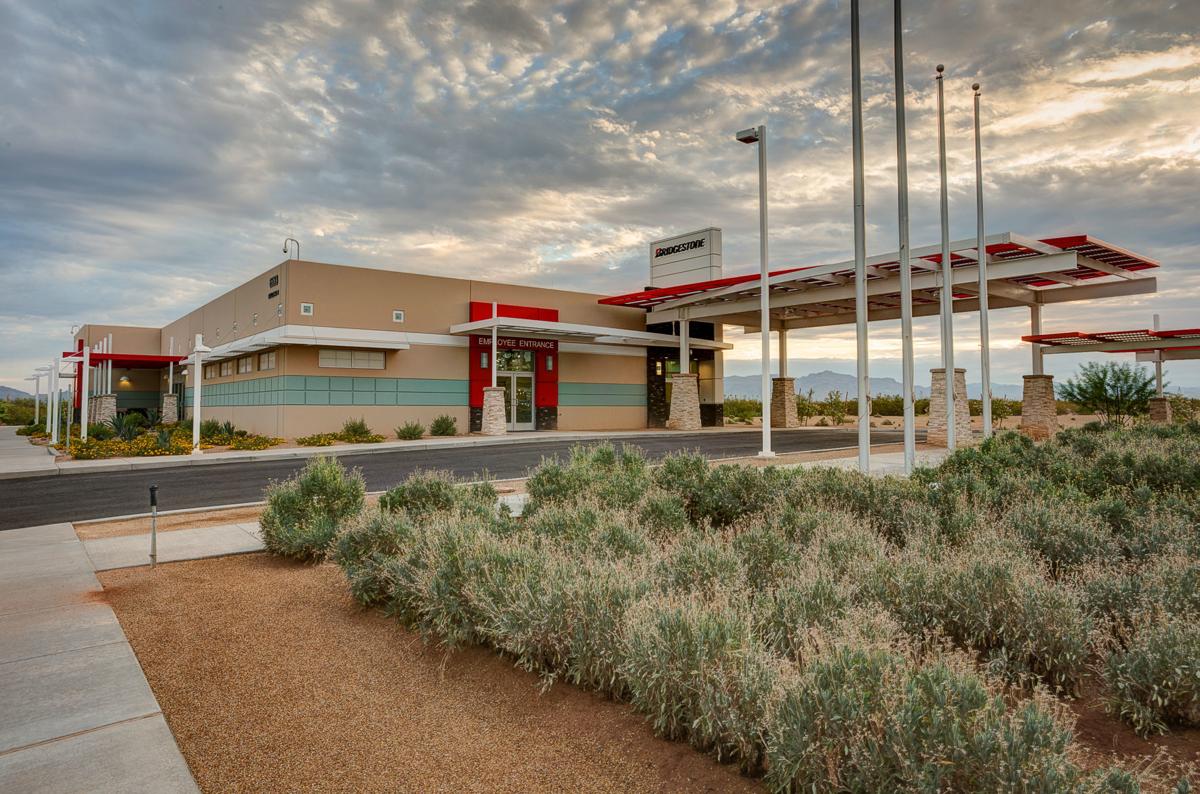 The Bridgestone Biorubber Processing Research Center is in Mesa. The company has partnered with the University of Arizona’s Sustainable Bioeconomy for Arid Regions program to study guayule, a desert plant that can be used to manufacture natural rubber.

Bridgestone Americas has teamed up with the University of Arizona's Sustainable Bioeconomy for Arid Regions program to study a supplemental source of natural rubber in guayule, a desert plant.

The Bridgestone Biorubber Processing Research Center is in Mesa. The company has partnered with the University of Arizona’s Sustainable Bioeconomy for Arid Regions program to study guayule, a desert plant that can be used to manufacture natural rubber.

ELOY — The University of Arizona and the tire company Bridgestone Americas have teamed up to research a new source of natural rubber that can supplement the company’s current sources and provide Arizona farmers with a new drought-resistant crop.

Guayule, pronounced “why-oo-lee,” has a long history as a source of natural rubber in Mexico and the U.S., said Blase Evancho, UA assistant in extension-field crops in Pinal and Pima County.

The plant is native to the desert Southwest and Mexico. Native people in Mexico would use the plant’s resin to make rubber balls for sports. The plant’s resin has also been used as an emergency source of rubber during World War II and to manufacture allergen-free latex gloves and other medical equipment.

But guayule has never taken off as a major source of natural rubber in the world because the majority of market has always been held by rubber tree farmers, Evancho said. That traditional source grows in a completely different place — rainforests.

The UA and Bridgestone are hoping that guayule will provide a cheaper, more domestic source of natural rubber to supplement what comes from Southeast Asia rubber trees and provide Arizona farmers with a way to diversify their crops.

Bridgestone has been researching guayule as a supplemental source of natural rubber since the 1980s, said Dave Dierig, the agro operation manager for Bridgestone’s 300-acre Guayale Research Farm in Eloy. The company has a 10-acre guayule processing center in Mesa.

Bridgestone partnered with the UA’s Sustainable Bioeconomy for Arid Regions program in 2016 when it applied for a $15 million, five-year grant from the U.S. Department of Agriculture, National Institute for Food and Agriculture, he said. The company is looking to supplement, not replace, its source of natural rubber, Dierig said. If the company decides to start using guayule as a source of natural rubber for its tires, he expects the plant would only make up about 30 percent of the company’s feedstock.

Currently, the most plentiful source of natural rubber in the world is the rubber tree, but there are several drawbacks to using latex from rubber trees, Dierig said.

The trees are all genetic clones of each other, which makes them more susceptible to diseases and pests, he said. Harvesting the rubber from the trees is labor intensive. The latex used to make natural rubber is collected by scoring the bark of the rubber tree by hand and then collecting the latex in a bucket. There is currently no way to mechanize the process, which makes it an expensive crop to purchase.

There are also transportation costs involved with getting the cured latex from Southeast Asia to the U.S., Dierig said. Having a supplemental source of natural rubber that is closer to home could help reduce some of the price fluctuations.

Guayule is easier to harvest and has a shorter growing period, Dierig said. It typically takes about five years for a rubber tree to mature to the point that latex can be harvested from it. Guayule takes about two years to mature.

Guayule can be harvested using many of the same machines that farmers use to harvest other crops, Evancho said. Machines can also be used to grind up the plant and separate out the latex to create the rubber. The ground-up leaves and branches can be used as a biofuel for energy.

The plant is drought resistant and uses less water than cotton or alfalfa, which makes it a great crop for Arizona farmers on the shoulders of the growing season, he said.

Bridgestone has tested a number of tires made with guayule rubber to determine how durable the rubber is, but it may be five or 10 years before Arizonans see fields of guayule growing next to alfalfa or cotton, Dierig said.

“We’re still trying to learn what is the best equipment and most efficient way to harvest guayule and the best way to use its byproducts,” he said.