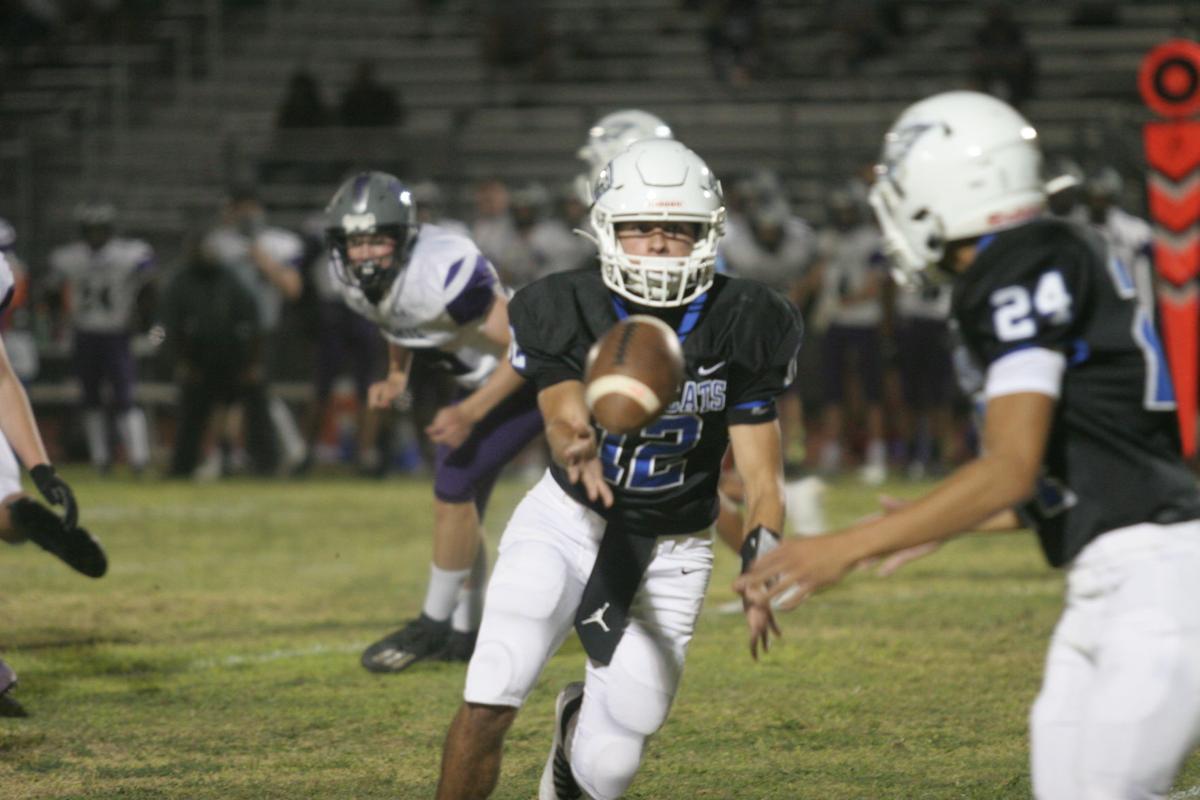 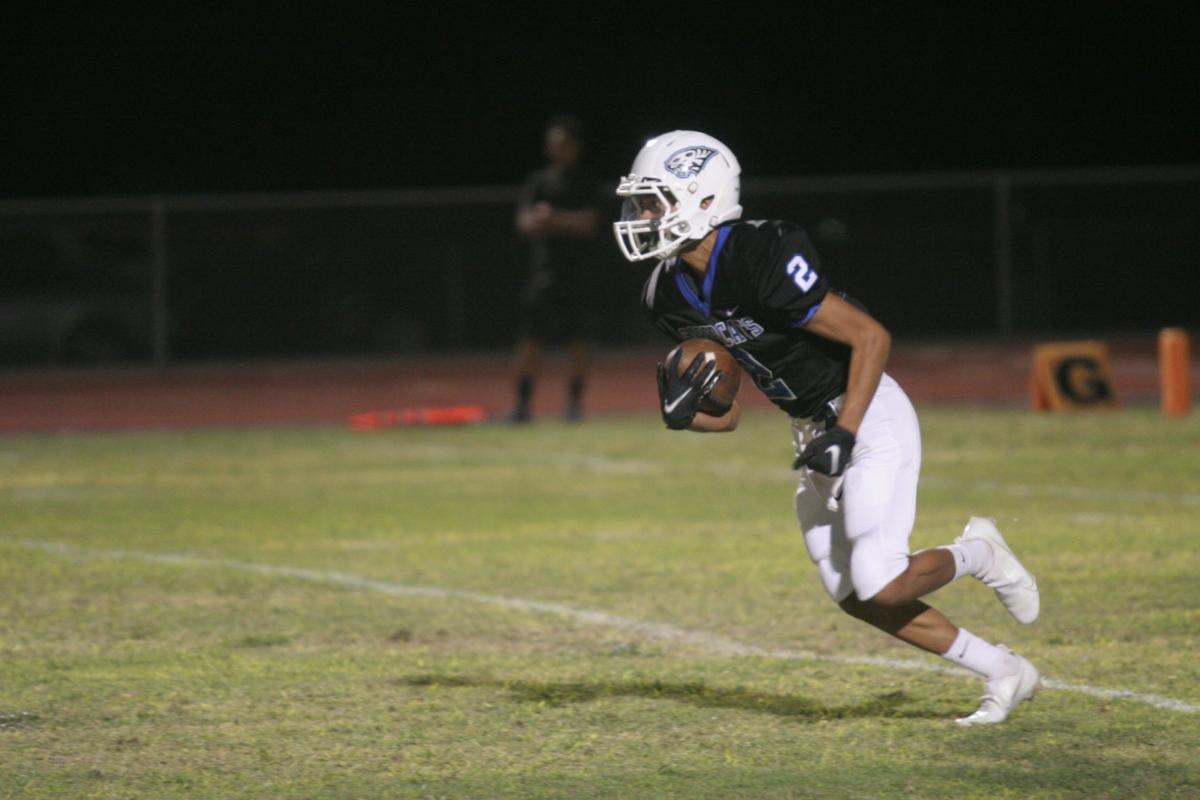 SAN TAN VALLEY — The San Tan Foothills Sabercats thrilled the home field crowd when they caught up to an aggressive Chandler Arizona College Prep team and tied them at 21 late in the third quarter.

But it would be the home team’s last score of the night, as Knights went on to win it 40-21 on Friday. Running back Gaven Leach scored all of the Sabercats’ touchdowns.

“He had a great night — a sophomore, and he ran the ball hard,” San Tan Foothills coach Jeremy Beamon said. “The offensive line did a good job getting the ball down field and staying on their blocks. And the receivers did a good job. For him to get yardage, everybody else has to do their job too, but he’s definitely a bright spot in the offense.”

Foothills caught a break with about two minutes left in the third quarter when the Knights attempted to punt, but the ball slipped away from the kicker and the Sabercats got the ball just 22 yards from goal. Three plays later, Leach ran the ball the last 10 yards into the end zone.

The Knights scored twice in the first quarter. The Sabercats responded with big carries by Leach and Michael Eriacho. Leach finally punched through the last few inches for the score on the first play of the second quarter to finally put the home team on the board.

The second quarter turned out to be a big one for the home team after they punted, then got the ball back a couple of plays later and scored again.

“We forced them to turn the ball over a couple of times,” Beamon said. “They fumbled it, and we were able to capitalize on it. So if we continue to do those things, the season will get better.”

The Sabercats stopped the Knights 27 yards from goal, then the visitors blocked the Sabercats’ field goal attempt in the closing seconds of the half, where the score remained 21-14.

“They fought, but you’re never satisfied without coming out on top,” Beamon said. “We saw some good things, but definitely a lot we still need to work on, a lot or improvements. You’re not happy after a loss, but I think the boys fought versus a very good team.”

Knights coach Myron Blueford said his team got off to rough start, probably due to the environment and how the pandemic has affected training and the season. “But I think we found our groove in the second half, and the defense kind of locked it up.

“They’re a tough team, and senior night for them, they had a lot to play for,” Blueford said of the Sabercats. “I knew they were going to be tough, I knew we had to answer the bell, and we did a good job.”

The Knights’ Bryan Dyson caught a pass for a 70-yard score to pull away from the Sabercats in the fourth quarter, and made a touchdown catch with 1:23 to play for the evening’s final score.