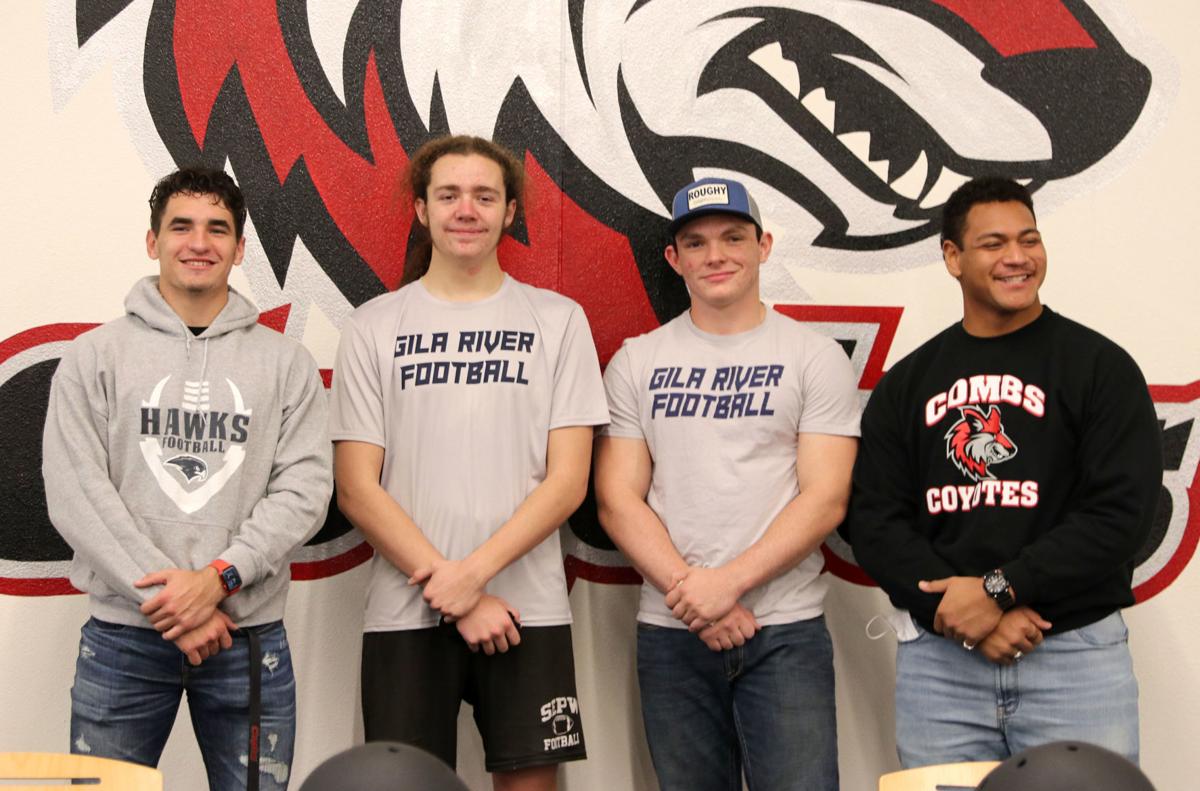 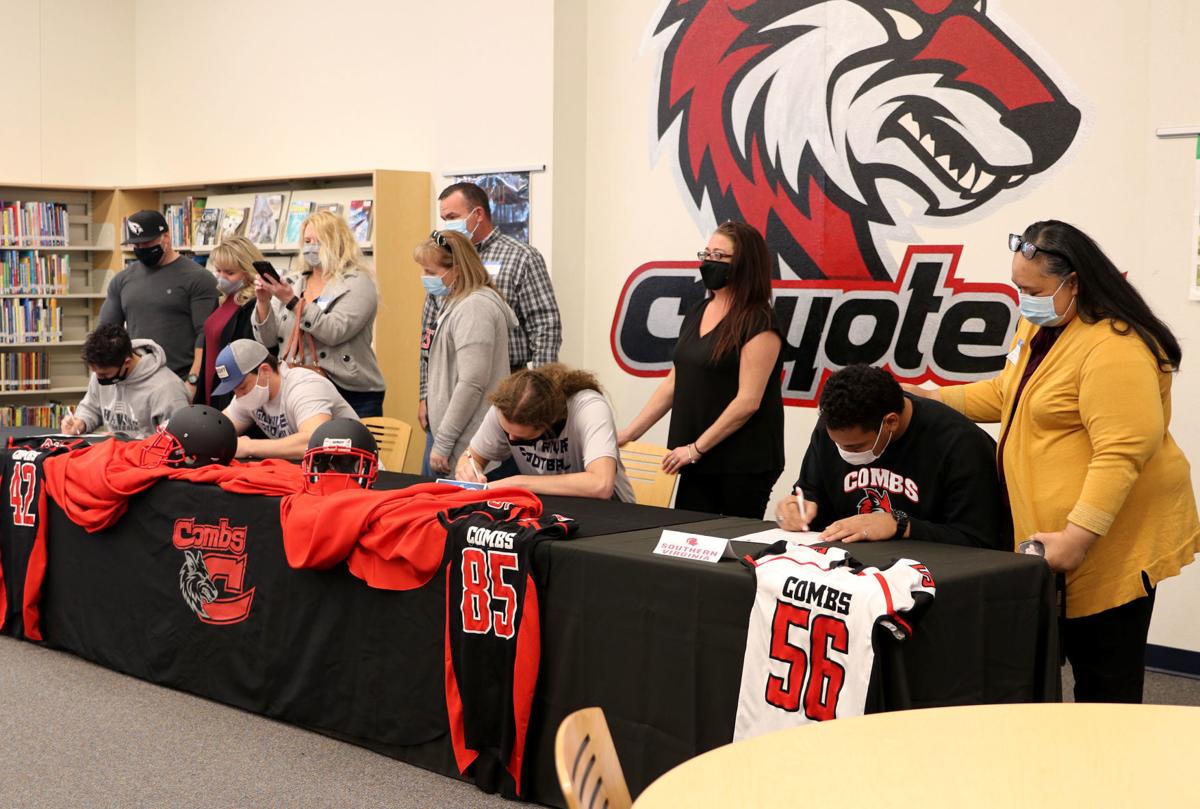 SAN TAN VALLEY — There’s something to be said about the Combs football program and how successful it’s become in sending its athletes to play at the college level.

“We always try to make it a big deal,” Combs coach Travis Miller said. “I know that signing day officially opened up last week, but signing day is always open to anybody that wants to commit to play at the next level. We like to make sure we have the football players in here to see that so that they can all see that it’s possible to play at the next level if you want to.”

In the last four years, 13 Combs football players have signed to play with college teams.

“It’s a big deal because Combs isn’t a 6A school,” Miller said. “We don’t have tons and tons of players but still commit to making sure that if our guys want to, they can play at the next level.”

Taunima is the only Coyote heading out of state, as he signed with Division III Southern Virginia University in Buena Vista, Virginia.

“I hope to get better athletically and to become better in kind of every area that I want to improve in,” Taunima said. “I don’t have a major in mind, (I’m interested in) athletic training and business, those two really stuck out to me, and I’m really looking forward to learning about business.”

Jensen, Judd and Brockman will have a rare opportunity of continuing to play together; they will join the Gila River Hawks of the Hohokam Junior College Athletic Conference.

The HJCAC is a league that was created in the wake of Maricopa Community Colleges’ decision in 2018 to eliminate football from its athletic offerings. The league is also not a school-based football program and requires players to attend an approved community college in Arizona to play for one of its teams.

This year more athletes are signing with the HJCAC because of the COVID-19 pandemic. As many four-year schools have granted athletes an extra year of eligibility, there has been a decrease in scholarships and available roster spots for high school seniors.

It's the main reason Jensen chose to play for the Hawks, as he believes it's the best option for him to quickly get back on the football field.

“The plan is to hopefully after this season and if not the next season, be able to play at a better school,” Jensen said. “The coaches understood and going this route, I don’t have to pay that much as in-state or out-of-state tuition.”

Jensen and Judd with both enroll into Central Arizona College. Jensen is leaning toward studying sports medicine or physical therapy, and Judd has his sights set on exercise science and anatomy.

Judd also chose to go the HJCAC route in an effort to continue improving his game so he can later transfer to a four-year school.

“I plan to be there for a year or two and then start trying to find more about my major and where I’m going to fit it into my job,” Judd said. “I’m actually excited about this, I’ve played four years with these guys, and we’ve developed a bond together. I think that if we all start on the same team together, that will translate to the field."

Brockman is unsure of what he wants to do in life, but this opportunity allows him to take the first steps in trying to figure it out.

He added that being able to share the journey with Jensen and Judd was a big reason why he signed with Gila River.

“If I wanted to play with anybody, this would have been the group,” Brockman said. “They were a big factor, they were mainly pushing me to actually sign. I really enjoy football, it is something I’ve done my whole life, and it’s my life.”

All four guys are thankful for the bond they created over their high school careers, as well as support from the community.