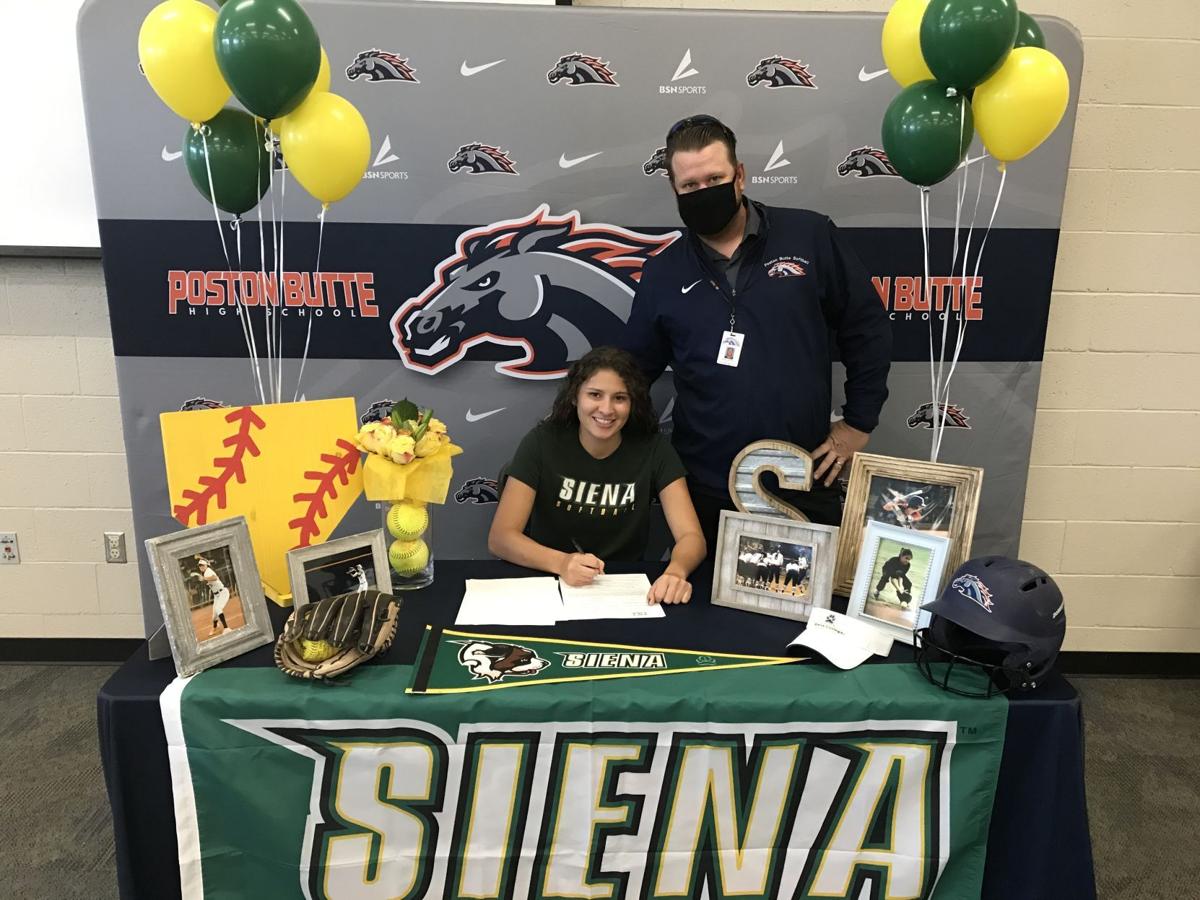 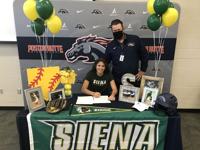 Poston Butte’s Kyleigh Potter is joined by softball coach Rob Westover as she signs to play with Siena College in New York. 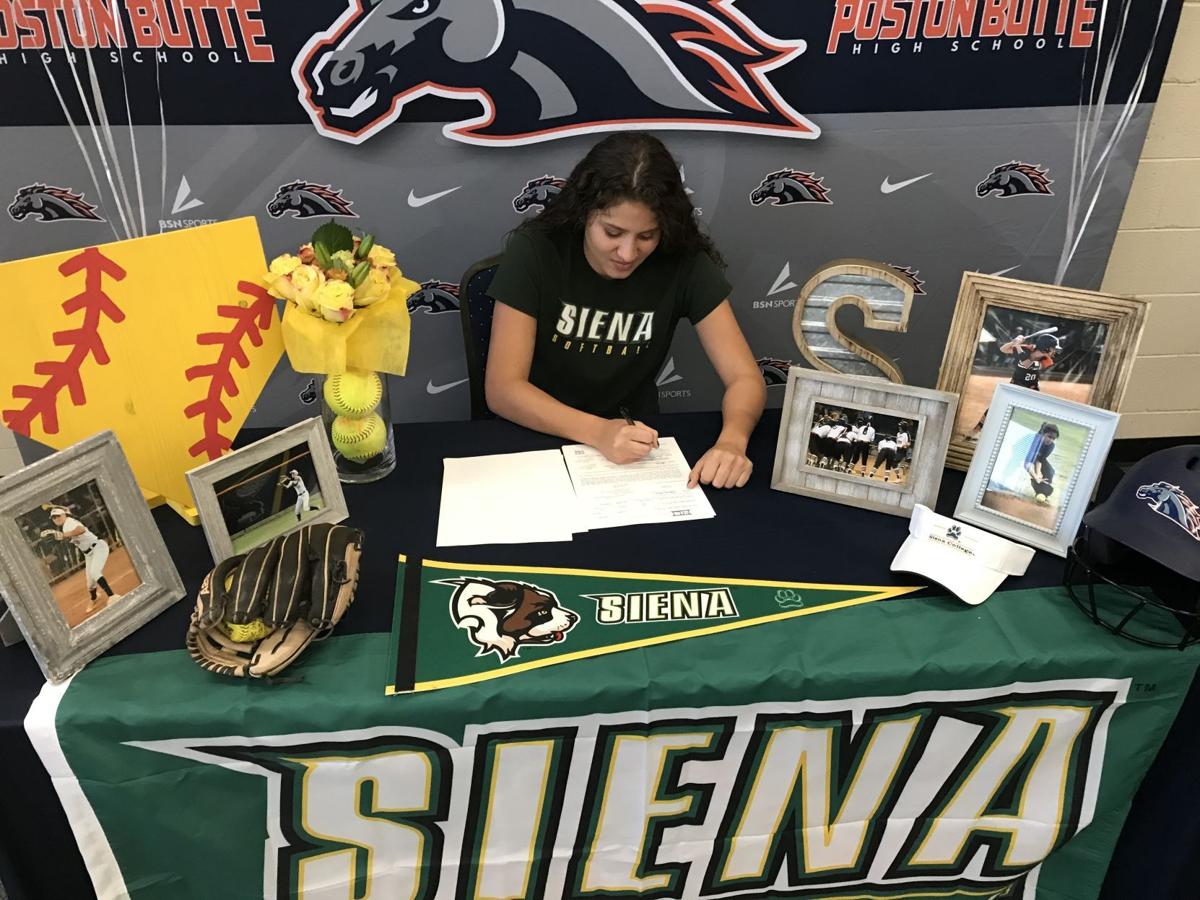 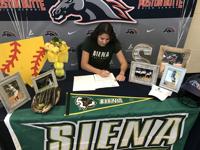 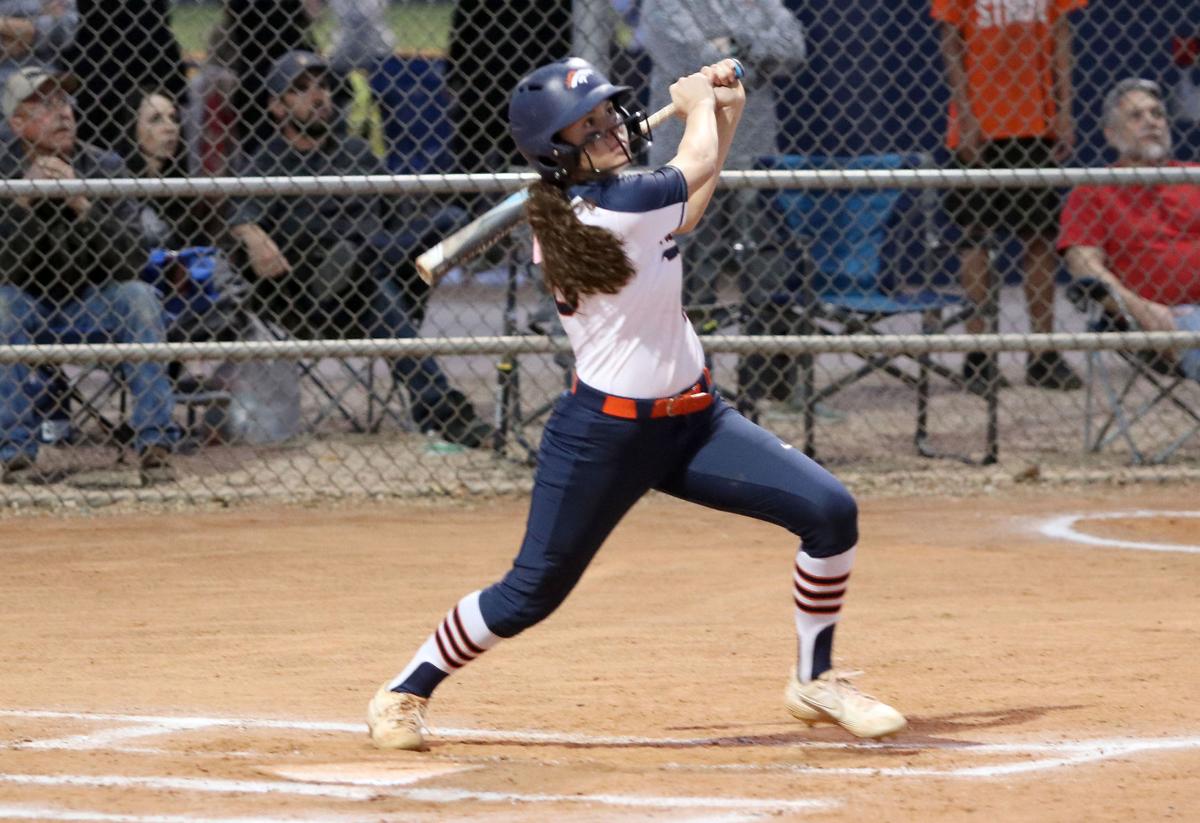 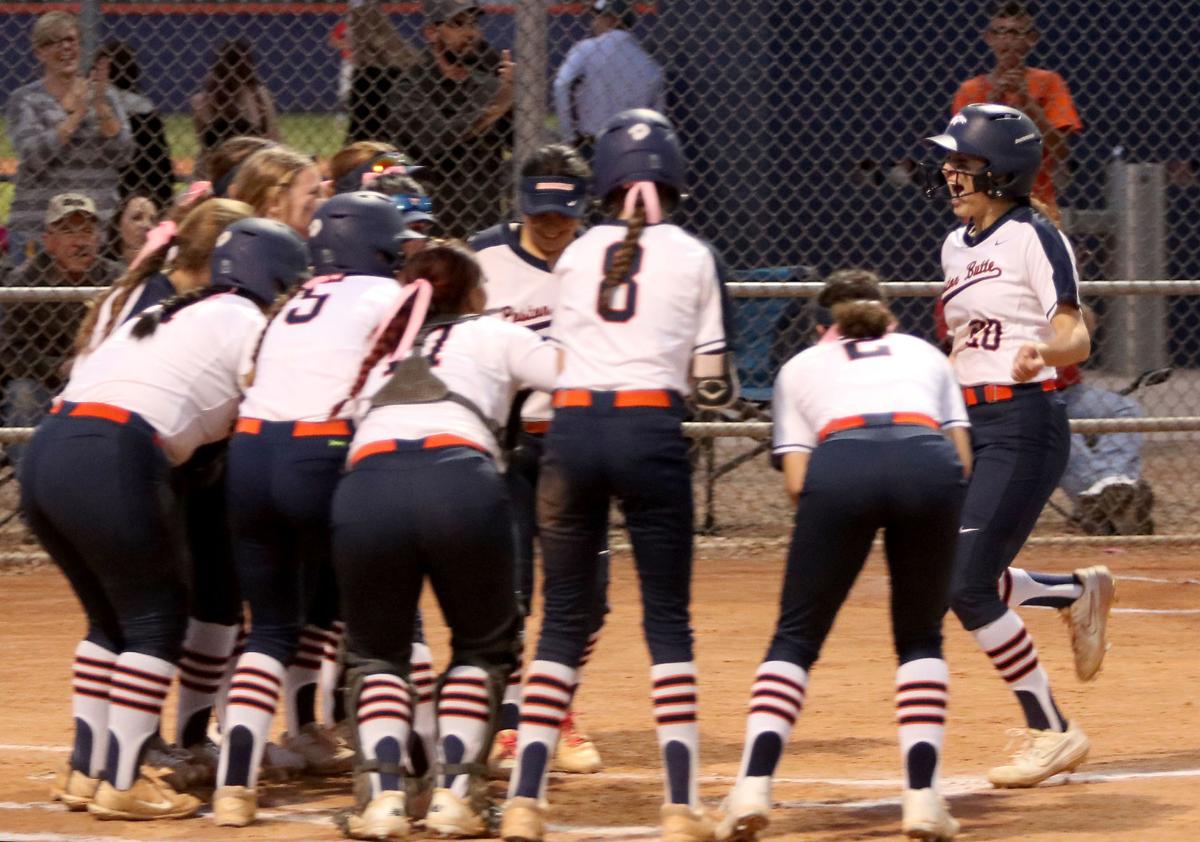 Poston Butte’s Kyleigh Potter is greeted by her teammates at home plate after hitting a two-run home run against Combs on Feb. 28 at Poston Butte.

Poston Butte’s Kyleigh Potter is joined by softball coach Rob Westover as she signs to play with Siena College in New York.

Poston Butte’s Kyleigh Potter is greeted by her teammates at home plate after hitting a two-run home run against Combs on Feb. 28 at Poston Butte.

Last week the Poston Butte senior made the decision to take her bat all the way to Loudonville, New York, after she signed her letter of intent to continue her softball career at Siena College.

For Potter, it’s all about carrying on the family tradition of playing college ball and also working in law enforcement.

“I grew up watching my uncle play baseball and then he went off to college,” she said. “I always enjoyed going out there and watching him play baseball in college so that kind of became a dream of mine, to kind of carry on the tradition.”

A variety of reasons led her to sign with Siena College, such as the having a few familiar faces on the softball team.

“One of the main reasons for me looking at schools was I want to use college as a chance to experience a different part of the country, and I’ve heard nothing but good things about the school and the softball program, more specifically the coaches,” Potter said. “I have a former club teammate that’s up there, and she absolutely loves it. One of my friends just committed there, so we’re going to go up there and play together. It was just a bunch of good things that led me there.”

Signing day is something Potter had hoped to experience for a very long time. She told PinalCentral she has been playing 18U since she was 12 years old and for the past couple of years, she witnessed many of her teammates sign to play college ball.

Potter had two signing ceremonies, one with her club team and one with the Poston Butte team. On the night before the club team ceremony, she felt excited and really happy.

“I had one of those ‘oh crap’ moments, like I’m finally signing after watching my teammates sign and then go off to college,” she said. “It’s just crazy. It’s kind of weird that I’m the one leaving some friends behind in high school.”

Potter plans on studying sociology and wants to work in law enforcement, as her grandpa was a police officer for more than 30 years and her mom is a tactical crime and intel analyst.

The coronavirus pandemic has created many difficult challenges. Along with canceling the spring sports season for high school athletes, it has made recruiting extra challenging for the class of 2021.

The summer is when many college coaches make their way to the different tournaments around the country to recruit potential prospects. While many of those tournaments where canceled and attendance was limited, club teams had to figure out a way for their players to get noticed.

At one point over the summer, the state of New York had a travel restriction for Arizona residents, so Potter has not had the opportunity to visit the campus in Loudonville in-person.

“I’ve done all the online tours,” she said. “My friend showed me a little bit around using her phone; there’s only so much I can do online, but it looks like an absolutely beautiful campus and it doesn’t look overwhelmingly large.”

Like all softball players, Potter is hoping this upcoming high school season doesn’t get canceled, and she’s looking forward to playing one more season with the Broncos.

She’s also excited about what lies ahead for her at Siena College and although she hasn’t actually set foot on campus, she’s sure about her decision.

“I don’t really feel any nerves,” she said. “I’m very confident with my decision.”