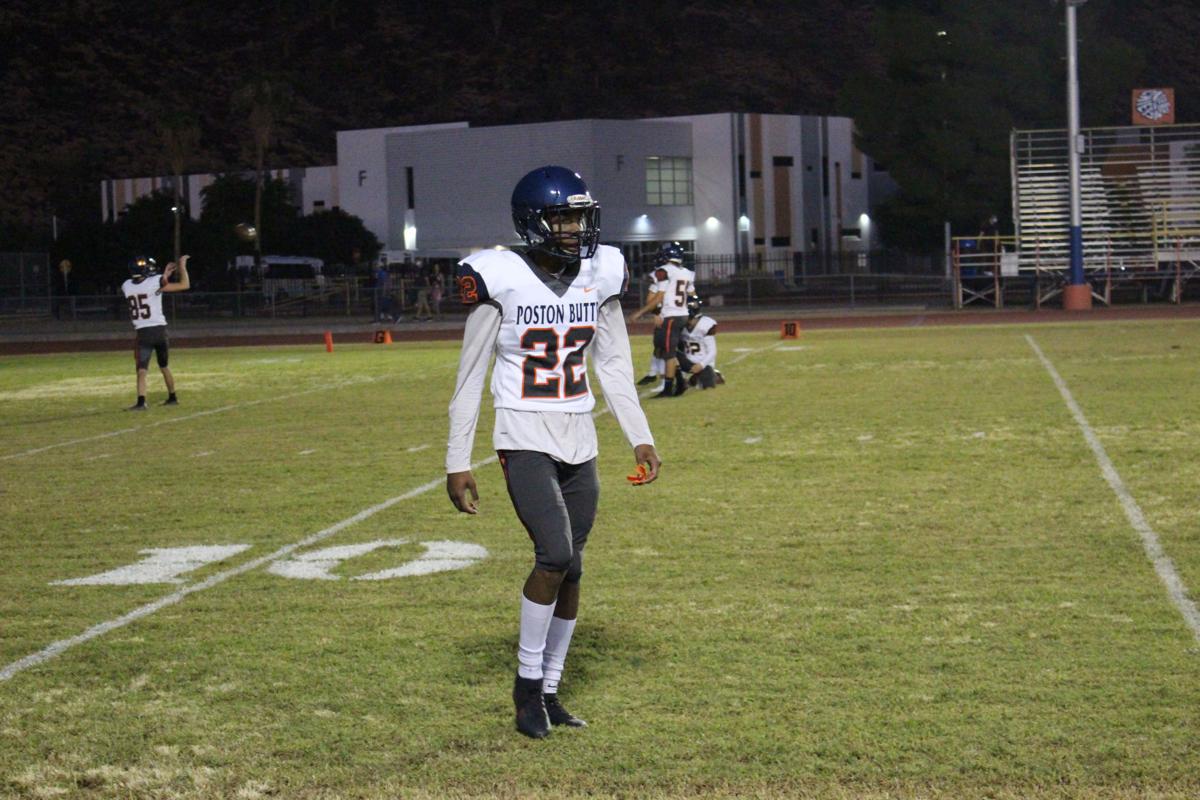 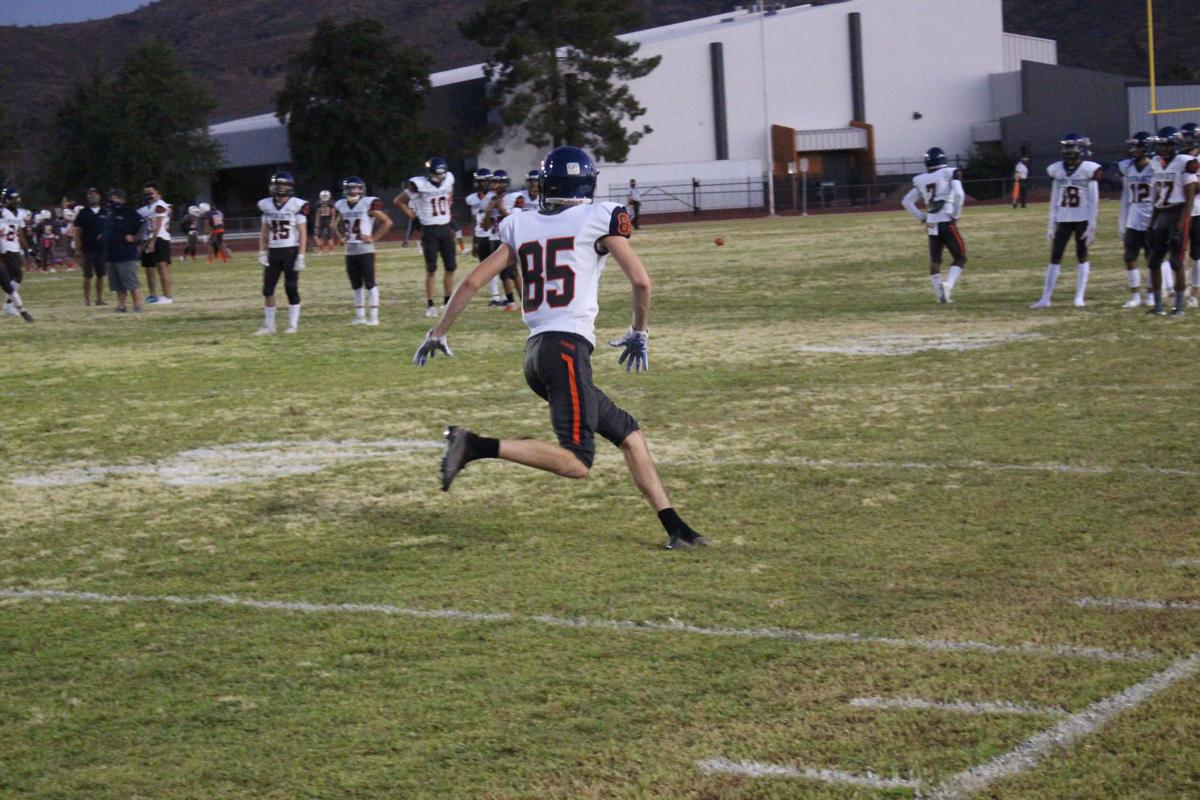 Poston Butte tight end Zac MacMahan leaps to catch a pass prior to their game against Thunderbird High School in Phoenix. 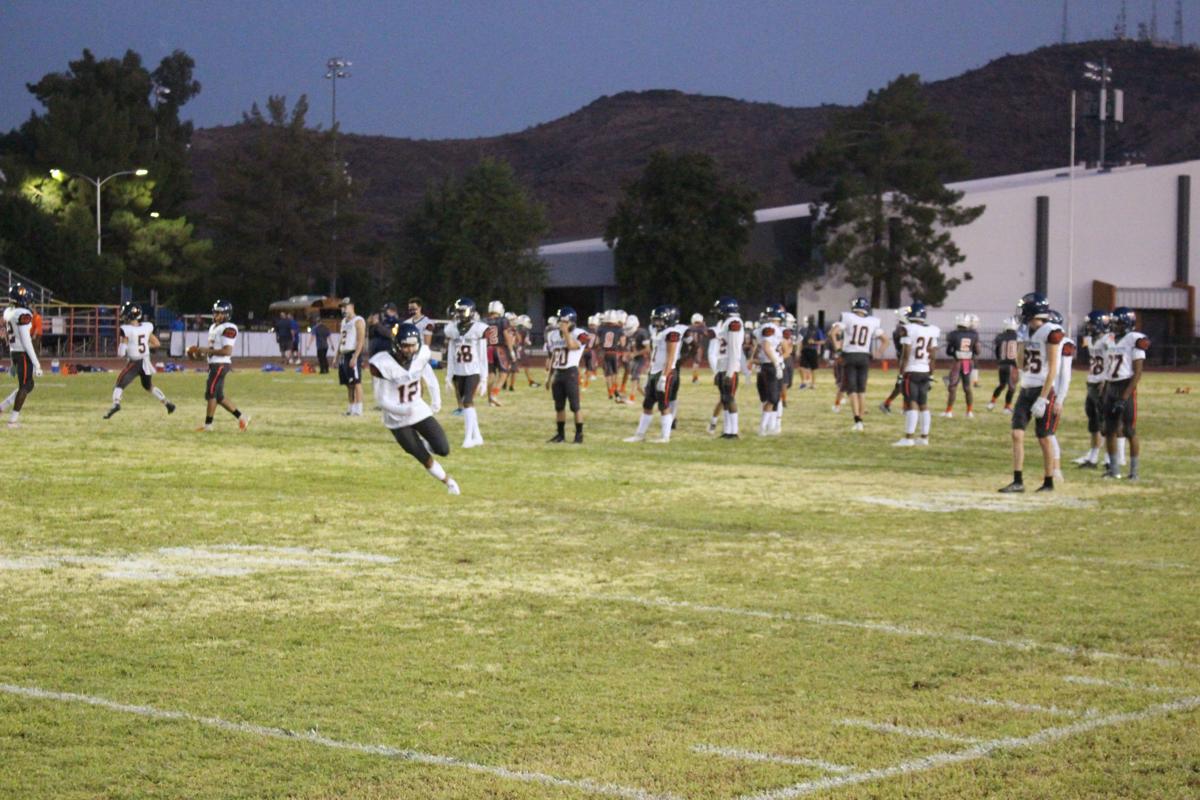 Poston Butte offensive players warm up by running routes prior to their game against Thunderbird High School in Phoenix.

Poston Butte tight end Zac MacMahan leaps to catch a pass prior to their game against Thunderbird High School in Phoenix.

Poston Butte offensive players warm up by running routes prior to their game against Thunderbird High School in Phoenix.

PHOENIX — When the AIA scheduled the 2020 high school football season, Oct. 2 was the date marked on everyone’s calendar. The green light had been given and football would be played in the fall just later than normal.

Poston Butte head coach Dain Thompson didn’t know for certain if his team would put on the pads this season, but they were going to prepare like everything was normal.

“I was so excited to see them get an opportunity to play,” Thompson said after his team beat Phoenix Thunderbird 62-13 on Friday. “We were one of the only schools that got to go to a team camp this summer. We worked so hard for this moment, and this is just a little step of where we want to get.”

The way Poston Butte opened their season 75 minutes north of home could be described in one word: Dominant. The Broncos were more than prepared for a younger, inexperienced foe, racing out to a 28-0 lead by running a total of two offensive plays, forcing a fumble and housing a punt.

When four zeroes flashed on the Thunderbird scoreboard in the south end zone it told the whole story. Poston Butte won big, and from the first play of the game the result was never in doubt.

Thompson’s team has been known for their great rushing attack for good reason, but he made sure to point out how improved senior quarterback Gavin Lloyd has become throwing the football.

What better way to show said improvement than setting up a play to let the athletic quarterback use his arm.

Set up on their opponent’s 49-yard line, Lloyd faked a handoff to the left for senior running back Zion Burns that brought the entire defense to that side of the field. Lloyd masterfully created tons of open space for himself, but instead of running he hit sophomore tight end Connor Lopez in stride streaking toward the end zone.

The Broncos (1-0) quarterback celebrated and the season was off and running. Lloyd finished the game with three total touchdowns, one rushing and two throwing and was helped by star running back Zion Burns rushing for two scores himself.

“He watches film and is such a student of the game,” Thompson said of his starting quarterback. “He had visions that this is what the first play is going to be and he knew if he saw the safety creep down, he would have an easy touchdown to Connor.”

Inexperienced Thunderbird High School (0-1) had zero answer for the aggressive and quick actions of the Broncos in all three phases. They scored 13 points in the second quarter and were shut out the rest of the way, as drive after drive was stalled by self-inflicted penalties.

“When you have a bunch of guys that have already played varsity, they just play faster,” Thompson explained. “They have key components that as the season goes will get better with experience. Friday nights are much faster than Thursday nights.”

Poston Butte now looks forward to their home opener next Friday against Phoenix Arcadia. It’ll be the last of two non-conference games before the final five against Southeast Valley opponents.

A seven-game schedule gives little room for error. For an experienced and hungry team that’s been through the wringer, Friday was just another day at the office.