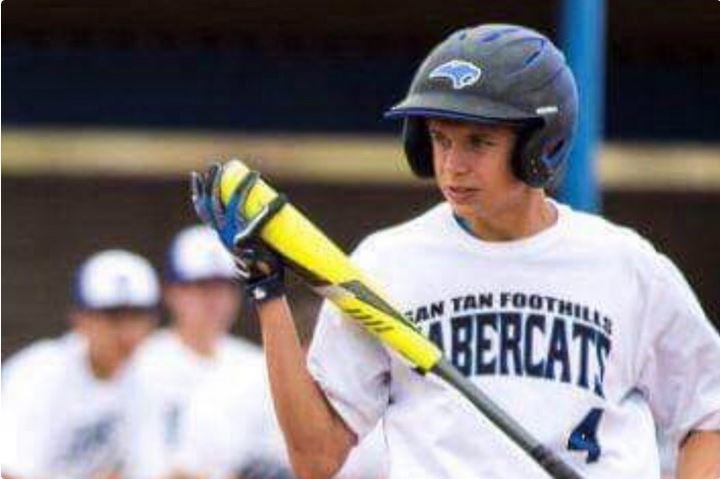 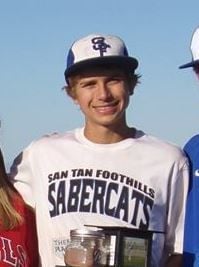 SAN TAN VALLEY — A memorial service is being planned for former San Tan Foothills baseball player Dylan Barrier, who died at the end of May of injuries suffered in a skateboarding accident.

The service is being planned for June 24 at the San Tan Foothills High School cafeteria. Barrier, a 2018 graduate of San Tan Foothills who had played multiple sports, was attending Central Arizona College at the time of his death.

Barrier played Sabercats baseball his senior year last year when the team was the 2A state runner-up.

“He was just a happy-go-lucky kid, always had a big smile on his face, always positive, a tremendous teammate,” coach Ryan Sutterby recalled. Sutterby also had Barrier in class at Foothills. “It was never about him — he always celebrated others’ accomplishments before his. He was just a hard-working kid, a great kid to have.”

Barrier started approximately half the time for the Sabercats. “But he came with the attitude of a starter’s mindset every day,” Sutterby said. “Dylan was willing to work hard and earn his spot.”

Sabercats teammate Frankie Gulko recalled, “No matter what happened, he was the most positive kid I’ve ever met. Whatever was going on, you always looked for Dylan. I’ve known Dylan for a while. When we were little we played baseball together for years.”

He only played one year of varsity baseball for the Sabercats, but made an impression. Sutterby recalled Barrier scoring the go-ahead run in the state tournament semifinal game against Gilbert Christian last year.

“He stole second base, got to third base and we hit him in,” Sutterby said.

“He came to the ballpark every day with a smile and ready to work,” the coach said. “… He was probably one of the best teammates that anybody could’ve had.”

A GoFundMe account has been established to help Barrier’s family.

An organ donor, Barrier helped eight people awaiting organs. “That’s amazing; that’s just kind of how he was, giving all the time,” his former baseball coach said. “One last time he was able to give, and make a lot of other people’s lives a lot better.”

Sutterby said perhaps 150 friends, teammates, family and hospital staff lined the hallways of a Mesa hospital to say goodbye as Barrier was removed from life support.