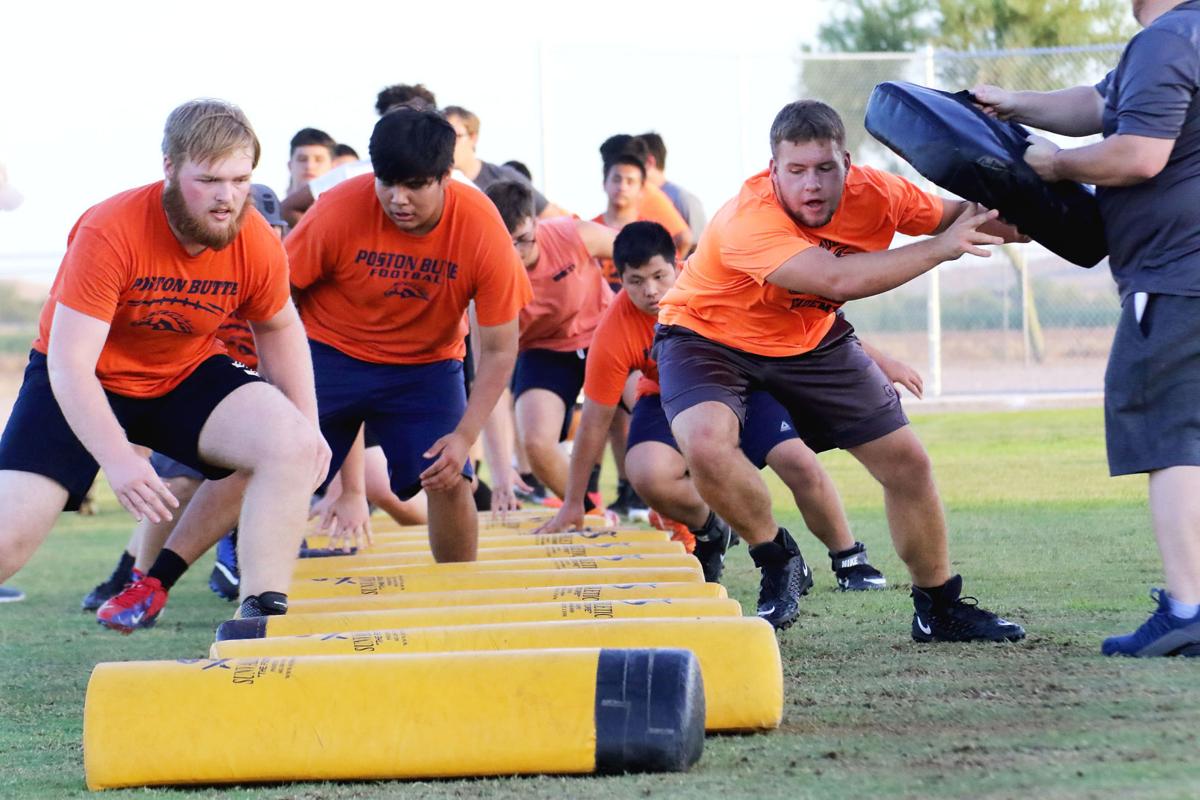 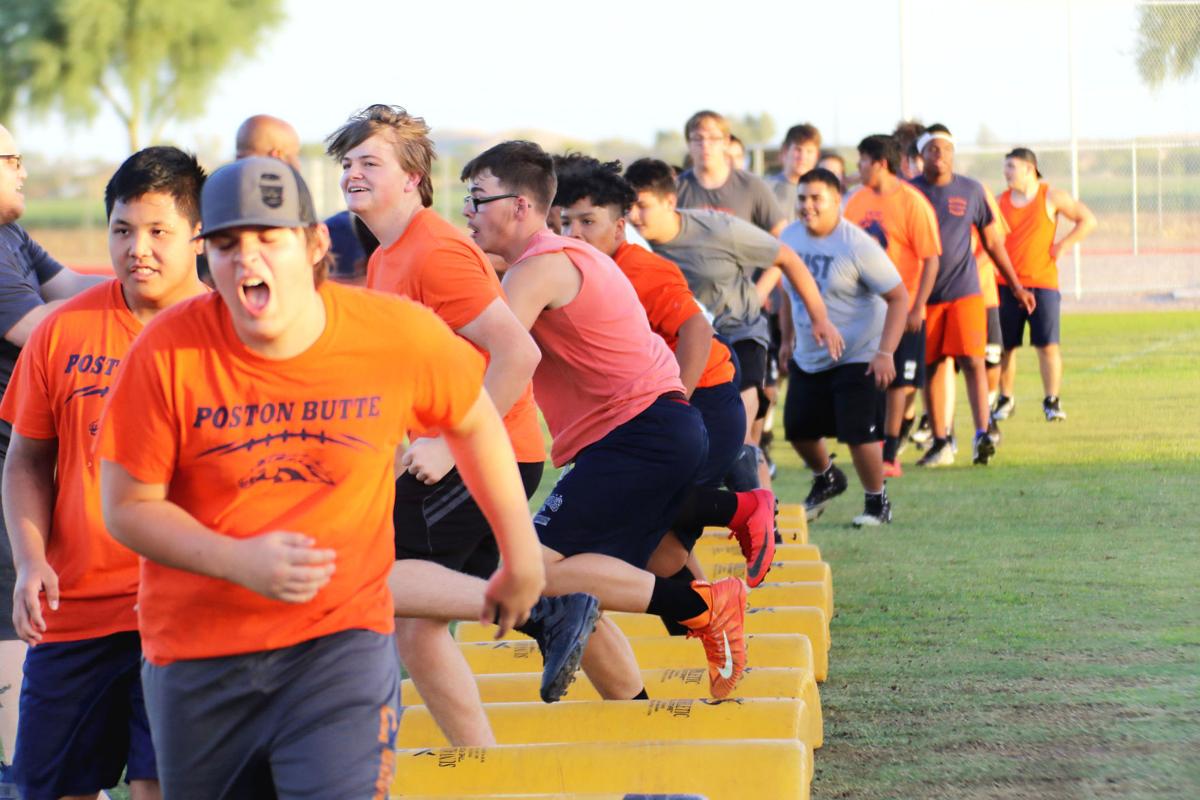 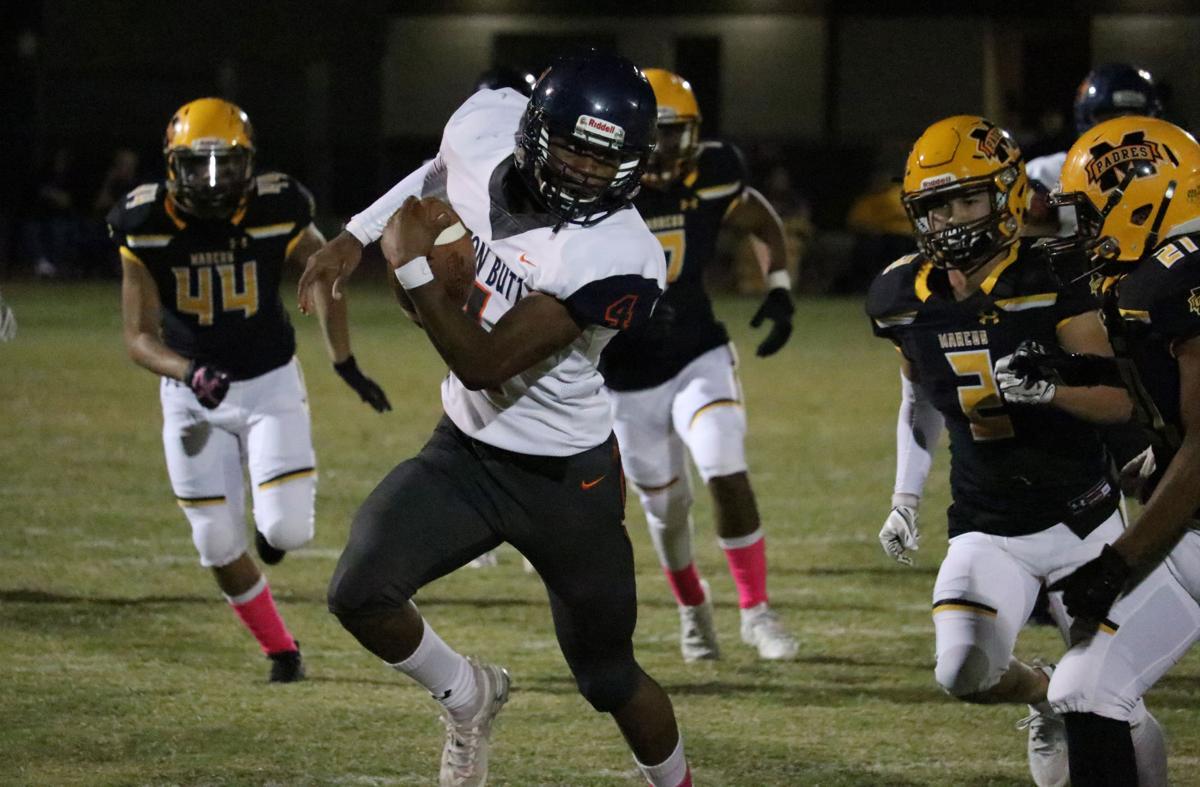 SAN TAN VALLEY — On a warm, September Arizona evening, Poston Butte football coach Dain Thompson stood and observed. His team was gearing up for a mid-evening practice with a little more than two weeks before their first game.

His outfit of team-issued T-shirt, shorts and baseball cap were accompanied by a new addition that has come all too familiar for every person living in 2020.

A Poston Butte blue and orange mask hid the majority of his face as he spoke about a season that will be anything but normal. That meant doing whatever it took to make sure his 20 seniors get one final season on the gridiron.

“It was an awful feeling when you watched what happened to track, softball and baseball this spring,” Thompson said. “Our coaching staff did a great job trying to motivate kids and their families that we’re going to keep working as if we’re going to play.”

Now with the date set, they’ll open a seven-game schedule on the road against North Phoenix’s Thunderbird High School. Despite all the challenges of a pandemic that ran roughshod through the state of Arizona, high school football will be played.

For the Broncos, that means an experienced roster with little time to prepare might have an edge on some younger teams that won’t return their starting quarterback and running back.

Leading the offense will be senior dual-threat quarterback Gavin Lloyd, who carries himself with a quiet confidence similar to his idols, Seattle Seahawks QB Russell Wilson and Arizona Cardinals signal caller Kyler Murray.

“We have to take over in games,” Lloyd said about improving on last season’s .500 record. “We have to be stronger in coming out and staying on top.”

Like both NFL quarterbacks, Lloyd isn’t the tallest for a position that coaches once believed required height and arm strength above all. Now, with star athletes attacking from all angles, mobility and playmaking are essential.

“I feel like a running back that can throw the ball,” Lloyd said.

Thompson described his offense, in and ideal world, as one that can hand the ball off to four or five guys who can make plays with their legs.

One of those young men is Zion Burns, the lead back who verbally committed to the University of Nevada and could receive more offers with a strong performance this season.

“This senior season is pretty big for me,” Burns said. “I still plan on doing great on offense and defense, but I don’t mind which I play because I’m a football player.”

Defense is what Thompson believes is the key to Poston Butte’s success.

While returning to practices basked under a gorgeous Arizona sunset off the San Tan Mountains feels like a return to normalcy, a lot has transpired since these young men last strapped on their pads.

A moment of racial unrest and national outcry about police brutality forced all Americans to have difficult conversations with each other and themselves.

Thompson made sure his team was able to have these discussions.

“We’ve had a number of team meetings where social topics have been pointed and discussed,” Thompson said. “I have a diverse, awesome and experienced coaching staff who are really good mentors to young men and are great football coaches.

“We’ve been able to have some unique experiences during the pandemic with our football team.”

The Oct. 2 season opener is quickly approaching, and for the Broncos it’s a date they’ve dreamt about since March and are happy to see come to fruition.

With COVID-19 persisting, people’s ability to adhere to guidelines across the state will determine how long the season lasts.