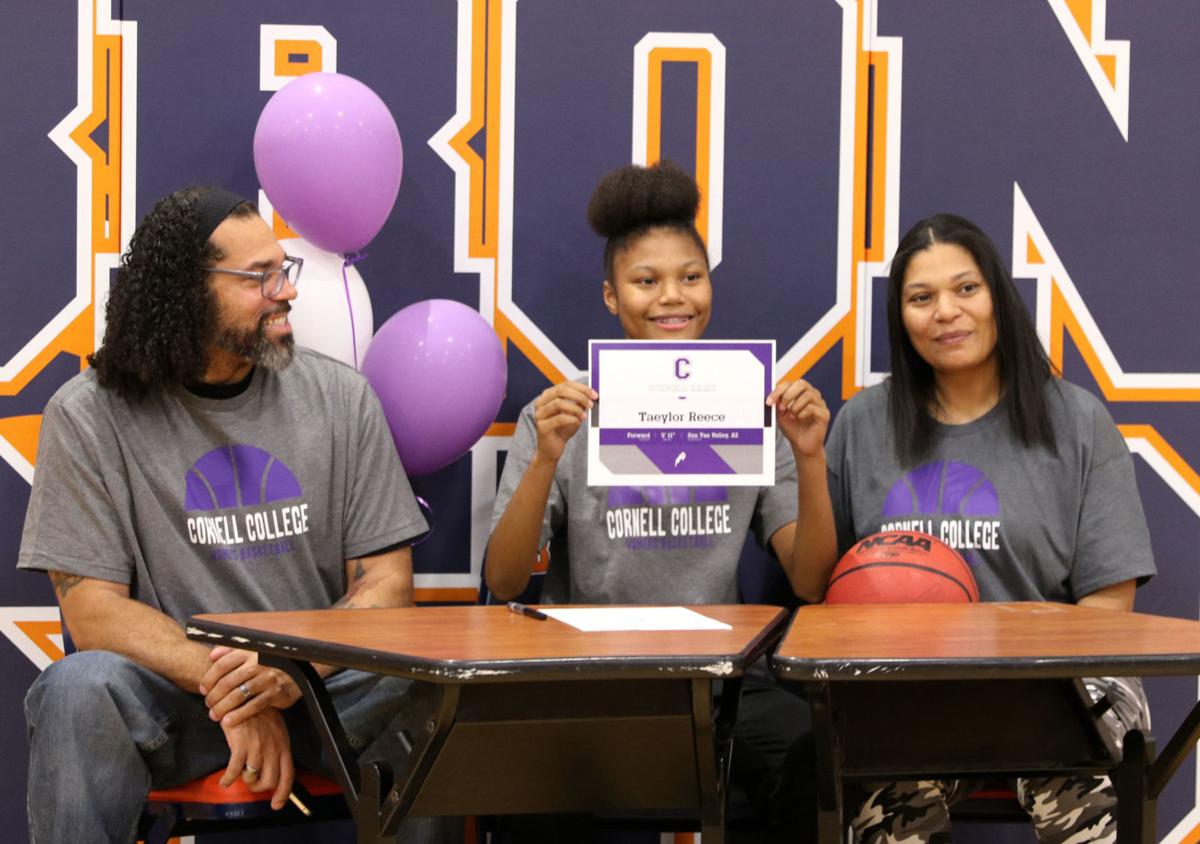 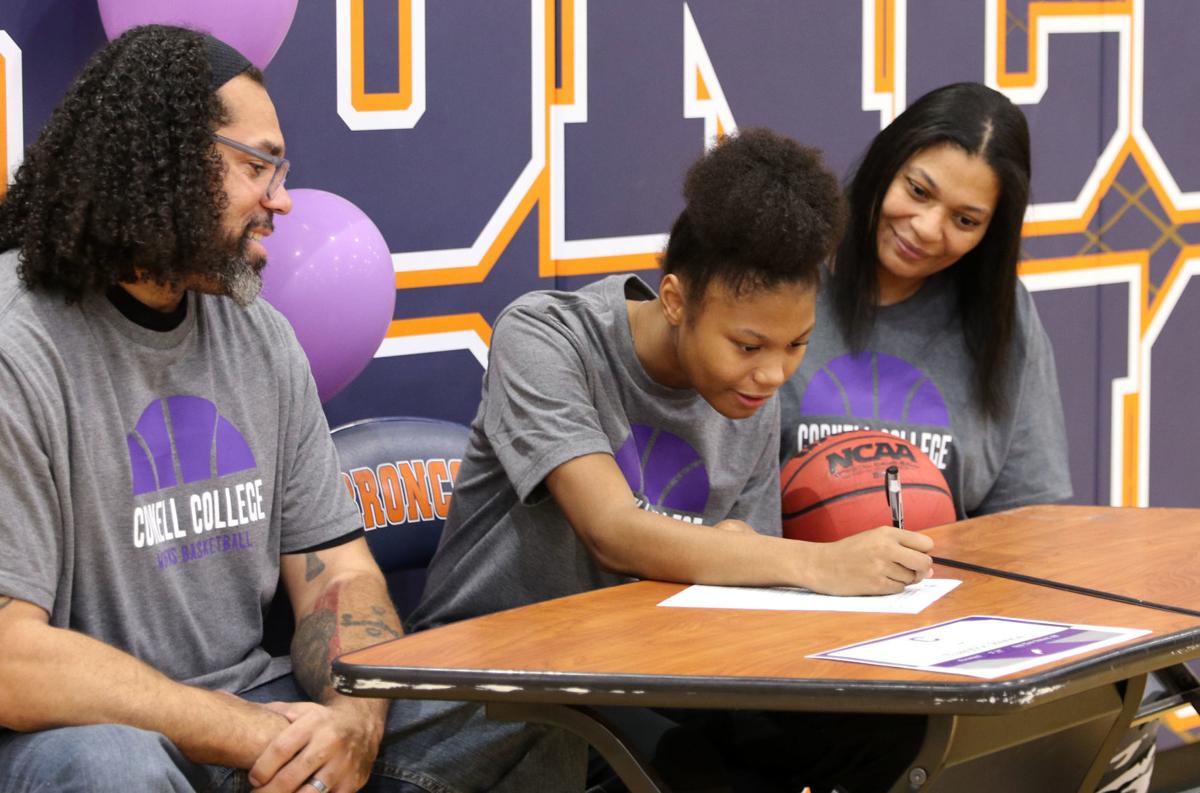 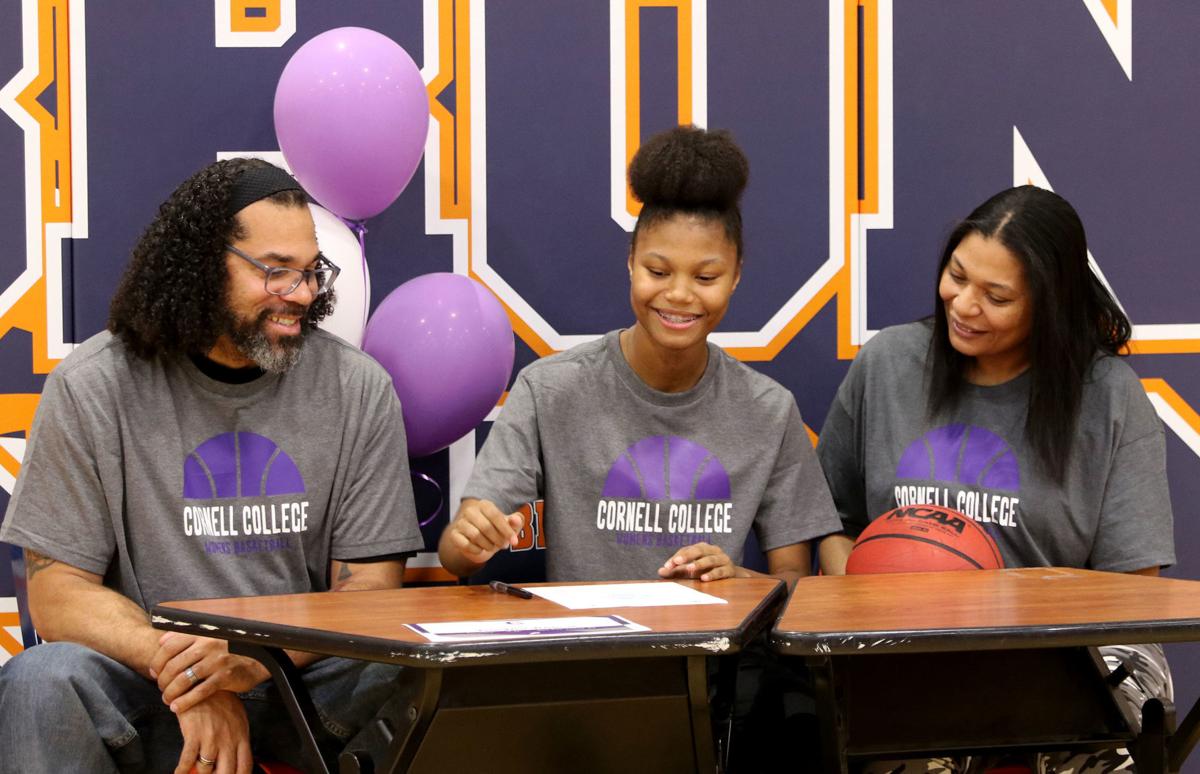 SAN TAN VALLEY — Only a handful of athletes from the Poston Butte girls basketball program have continued on to play in college, and last Friday, Taeylor Reece added her name to that list.

“Taeylor is the example that I would want a lot of the younger kids to follow,” Poston Butte coach Savannah Bix said. “Super coachable, has by far the best attitude I’ve ever coached, a great leader, just an awesome kid. Her attitude is contagious. She’s always got a positive attitude no matter if she’s playing bad or we’re losing, she’s always got a smile on her face.”

A lot of different factors led to Reece signing with Cornell College, a Division III school in Mount Vernon, Iowa, instead of an in-state junior college.

“Cornell had state of the art facilities and a really good science program, and that’s something I want to continue my career in veterinary medicine,” Reece said. “I just really liked it. I got to interact with some of my teammates, and I loved it. They’re also big on using their platform at Cornell for the (racial injustice) protests and everything like that, I thought that was pretty cool because not a lot of people are doing that. It just really pushed me on my decision.”

Reece told PinalCentral that she’s interested in becoming a veterinarian after being in the CAVIT program during her sophomore year of high school.

“I always wanted to decide my career early in high school because then I would know what I want to do and then I would just go to college for it,” she said. “I really wanted to be in the medical field, but people weren’t always my strong suit, and I’ve always liked pets, so I thought veterinarian was the way to go.”

Reece was a staple in the Poston Butte program during her entire high school career and was a big reason the Broncos made the 4A playoffs last season for the first time in school history.

She led the team in scoring and rebounds last year, averaging 11.4 points and 7.2 rebounds per game.

“We’ll definitely miss her presence (on the court),” Bix said. “Someone is going to have to come in and fill some big shoes. She’s a great kid, I can’t say enough about her, and I’m glad she gets another four years to play.”

Moving away from home is never easy, and Reece admitted that she will miss it. Bix, who is familiar with the experience of moving out of state and trying to balance athletics and college, has given Reece plenty of advice.

Reece said she’s very grateful for the bonds she created in the past two seasons since Bix took over the program and added it was the best two years of her life. She is now looking forward to what comes next.

“Just playing for myself, living out my dream and being able to play,” Reece said. “Coach said only 5% get to be able to do it, and I get to have that chance. I get to make my mom proud and my family proud. I’m going to do it.”