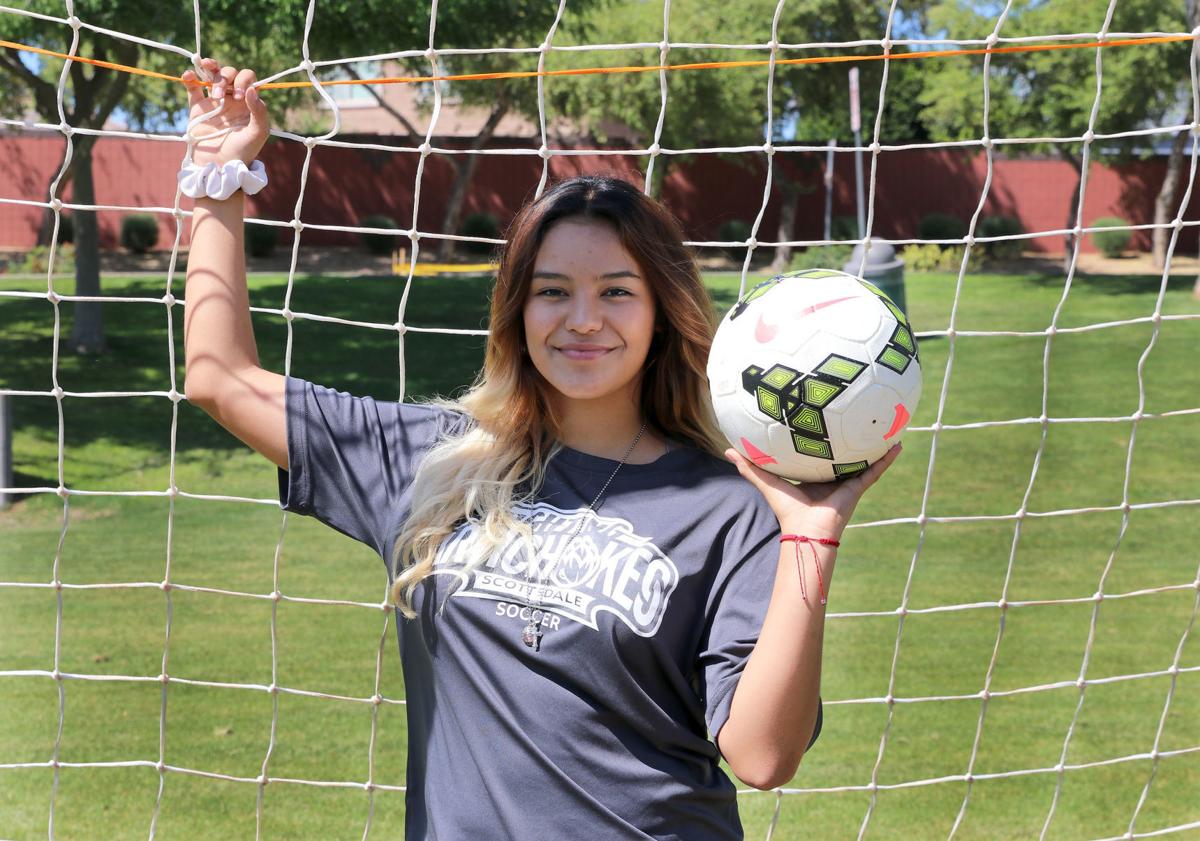 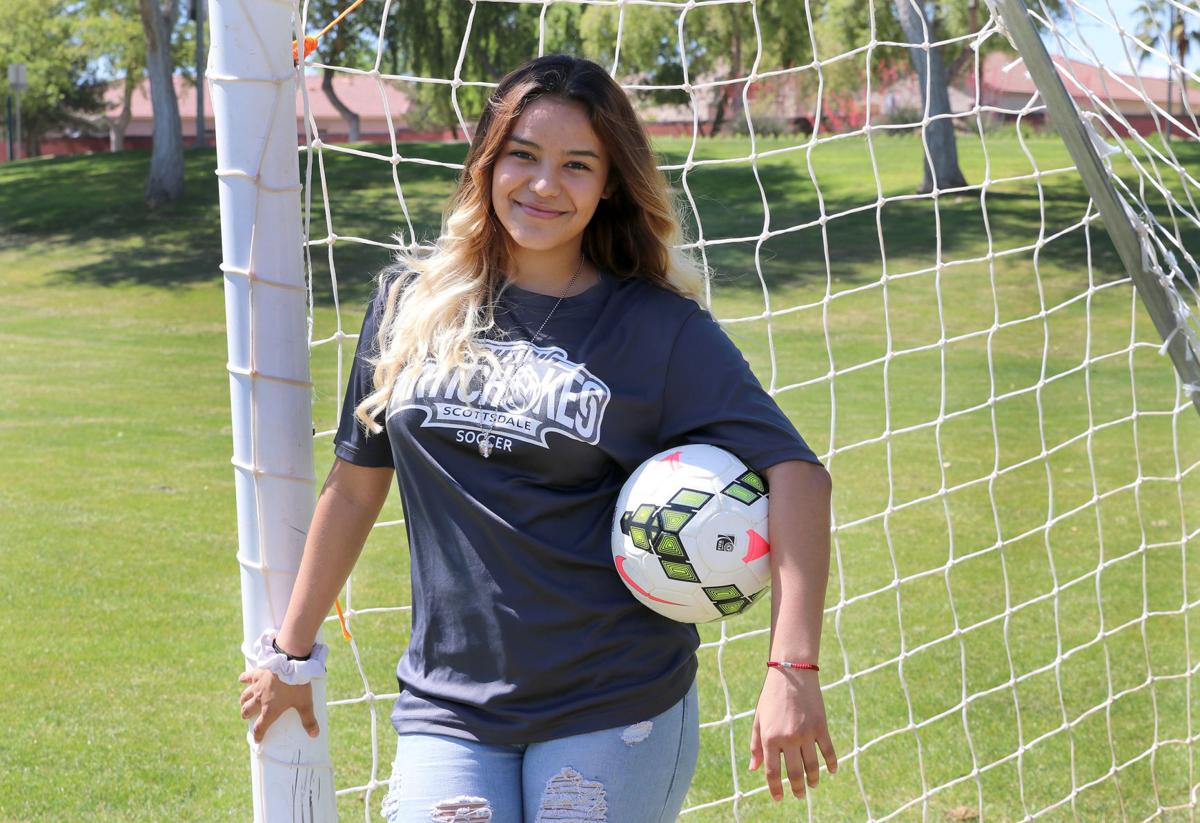 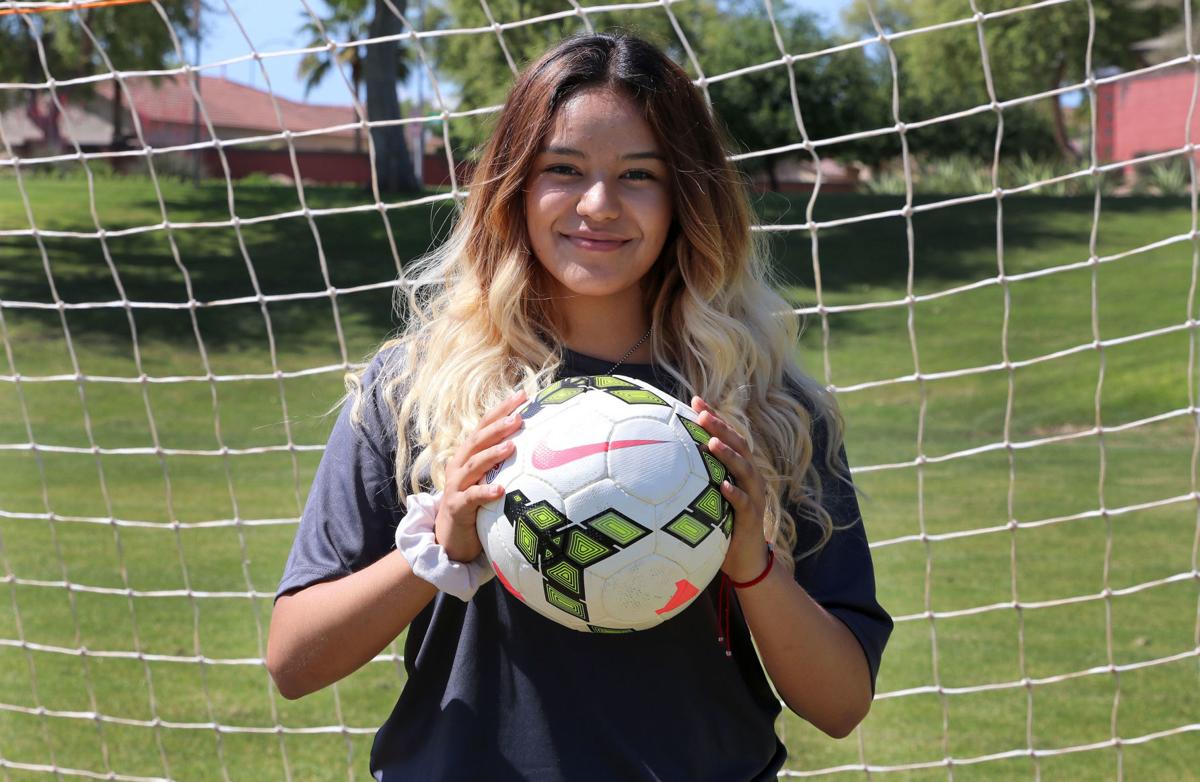 Although the choice wasn’t the easiest one for Poston Butte’s Jenny Alvillar, who had many different options to continue her athletic career after high school, she ultimately decided on Scottsdale because of her familiarity with the coaches.

“I grew up with the coaches, they were my coaches for half of my life,” she said. “I trust them, and it’s a good opportunity. This has always been a goal of mine, and I’m very happy that it’s happening.”

Alvillar first stepped in goal when she was 3 years old.

“They asked me to jump in for a game because the keeper wasn’t there, and I ended up being really good at it,” she said. “I was on the field and in goal for awhile but mostly in goal until I was like 7. After that I played keeper and occasionally on the field if we were up by a lot.”

While she garnered interest from different schools, Alvillar also had the choice of playing professionally in the Women’s Premiere Soccer League and the Liga BBVA MX Femenil in Mexico.

During an interview with PinalCentral in January, Alvillar expressed interest in playing at a junior college rather than a four-year school to get a feel for the collegiate style of play on a small scale.

At that point in the high school winter season, she was playing soccer and basketball simultaneously for the Broncos, which led to Park University in Gilbert offering her the opportunity to play both sports.

Alvillar admitted she liked the idea of continuing to play both sports, but added she wasn’t willing to take a chance on a new school that is barely starting out, and the fact that the majority of the course work was online wasn’t appealing to her.

As for playing professionally, it has always been a dream for Alivillar since she was a little girl, however her top priority right now is education.

“I did get an opportunity (to play with a local team), but when the team sent the papers over for me to review before signing, it was really risky because if I signed, anything (the team) gave me to keep, it would keep me from playing soccer in college,” she said. “It was a really iffy situation because it would not help me. That was a set goal, my dad always told me to keep my options open because soccer’s not always going to be there.”

Alvillar is interested in studying architecture. After spending some time helping at her dad’s construction company and talking to his co-workers who are architects, it piqued her interest even more.

“Architect design, architect landscape, I don’t know, I just know I want to be an architect,” she said. “My dad was a construction worker his whole life. Oddly enough, you know how schools have some test that you do online about what you like and stuff, I would always get construction worker. It’s in my genes, I guess.”

Alvillar said playing in Mexico is something she’ll keep in her back pocket after she’s finished with college because she can’t image what her life would be like without soccer.

“I couldn’t just say one thing about it because I have so much love for it, it’s my passion,” she said. “It’s what I do, if I don’t do soccer, I do not know what I would be doing right now. I just love how when someone takes a shot, I’m not scared.”