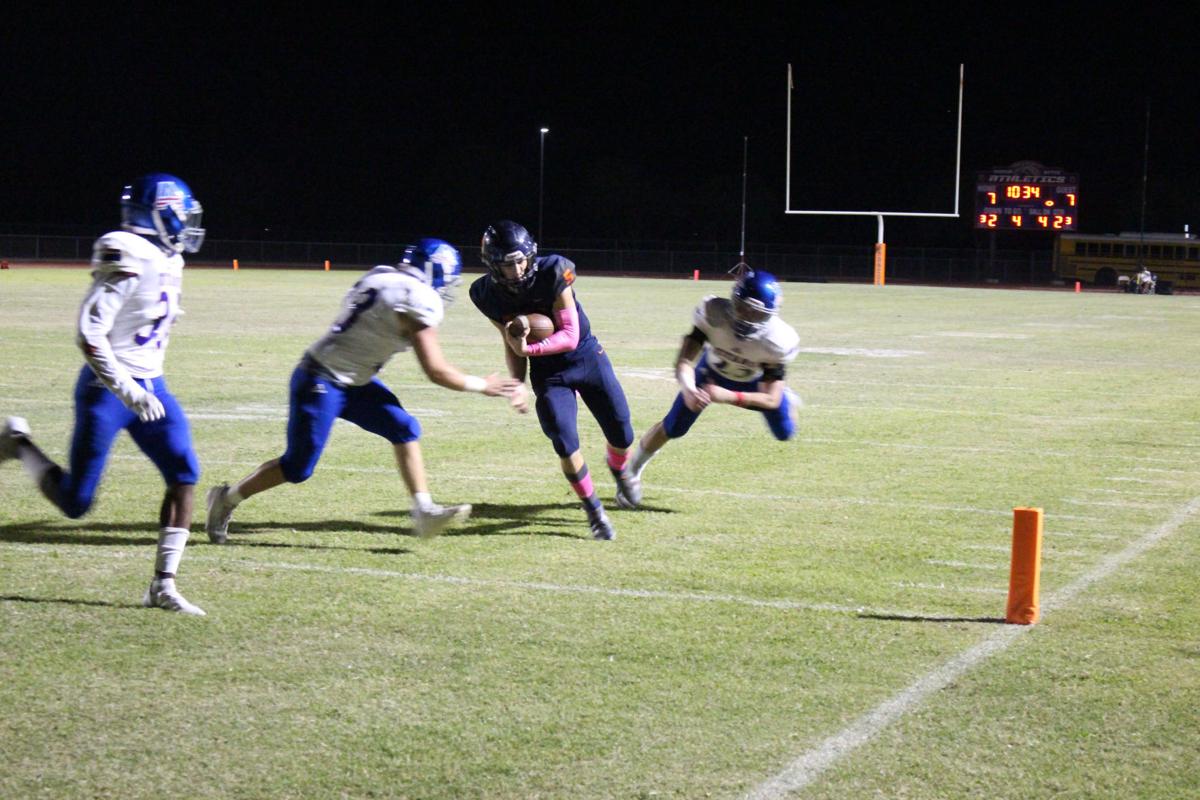 Poston Butte quarterback Gavin Lloyd runs for a touchdown during a game against Phoenix Arcadia on Friday in San Tan Valley. 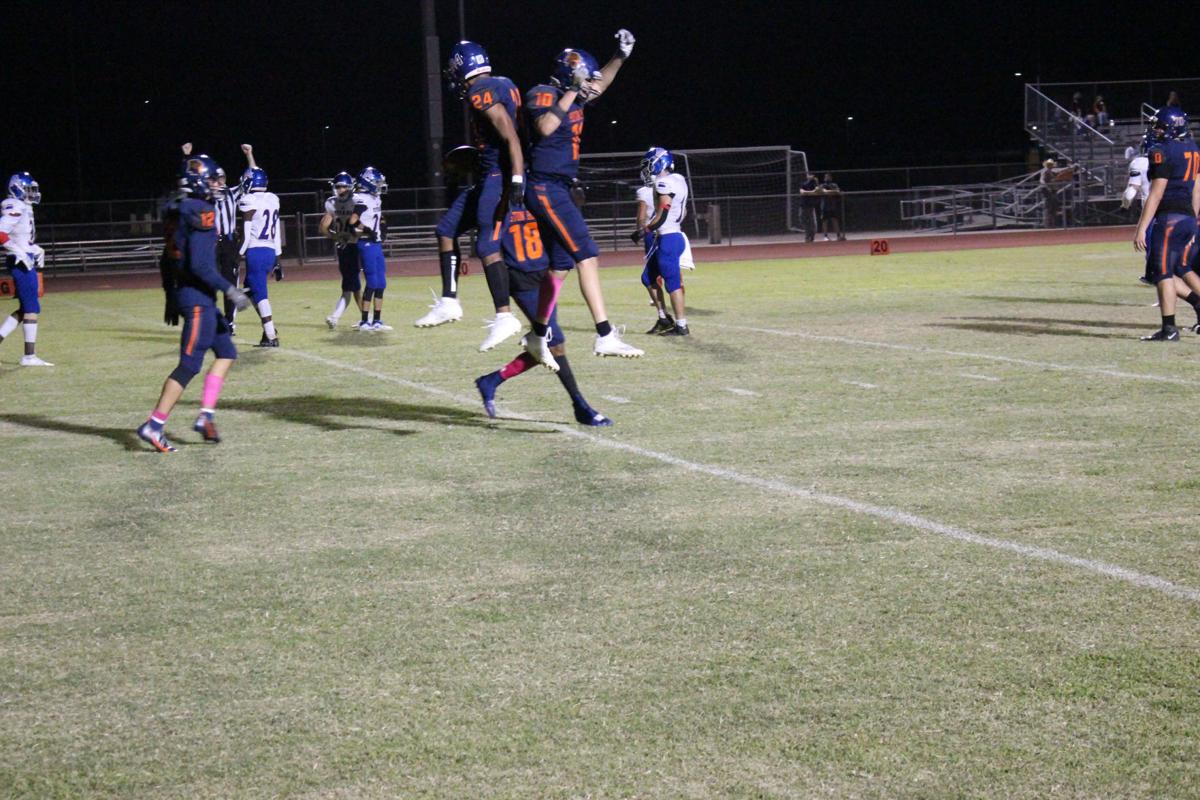 Poston Butte quarterback Gavin Lloyd runs for a touchdown during a game against Phoenix Arcadia on Friday in San Tan Valley.

SAN TAN VALLEY — Sports in 2020 will be defined by small sample sizes. As the country took the spring and early summer off from sports to try and combat COVID-19, all leagues and sports across the country scrambled to piecemeal seasons together.

When it was decided that the 2020 Arizona high school football season would be played, it was determined that a seven-game schedule would be put in place in hopes of completion.

So far so good in keeping teams on the field and the fans safe and socially distant in the stands. It doesn’t hurt that the Poston Butte Broncos have given their faithful plenty to cheer about.

Friday was no exception, as they cruised to a 50-7 win over Phoenix Arcadia in their home opener. Arcadia is coached by Vance Miller, in his first season with the team after he previously coached at Apache Junction.

Poston Butte made sure to let their foes from the north know that they have built a highly formidable foe lurking in the southeast Valley. Phoenix Thunderbird's performance was almost as bad as the state of their playing service, and Arcadia had at least five snaps fly either too high or low on Friday night.

Mistakes. They defined the action. Luckily for the Broncos, they made sure to take full advantage of their opponents’ ineptitude and rode that momentum to a dominating 30-0 performance in the second quarter at Poston Butte High School.

Even though 24 minutes still had to be played, the final score was decided as both teams went to the locker room for Gatorade and orange slices.

“We were really hoping that our guys were ready for a physical game,” Poston Butte coach Dain Thompson said. “I have to give all the credit right now to coach (Rod) Holmes on the defense. They came out and moved the ball on us, and we made a few adjustments. The kids did a great job of listening and being coached.”

They ran all over the field, blocked punts, forced fumbles, took names and look like a problem for any team on any given Friday.

The formidable Broncos rushing attack was in full force as well, led by senior running backs Zion Burns and Jimmy Brooks. Each ran for two touchdowns.

“They both ran so hard and are such strong and tough kids,” Thompson said. “They’re playing some on both sides of the ball and they’re becoming iron men. Next week we’ll get senior Nick Cocomello, so our stable of running backs goes to four, any one of them can do anything they want at any given time.”

Quarterback Gavin Lloyd had some initial struggles throwing the ball, missing on his first four throws including an interception for the team’s first turnover. He finished the night 4-of-7 throwing the ball for 41 yards with the one pick and rushed for three scores using his legs.

“He eventually took what they gave him and started to dump it off and let the runners run,” Thompson said. “[The Titans are] trying their hardest as well, and they made plays. There was a little more pressure than he faced last week, and we try to be balanced enough so nobody packs the box.”

The Broncos now head back on the road for their second nonconference game of the season against Queen Creek Benjamin Franklin (1-1). They present a unique challenge that the Broncos’ have yet to face this season.

“They have a whole different offense than these guys have ever seen,” Thompson said. “That poses some issues, so they will have to be very coachable this week.”