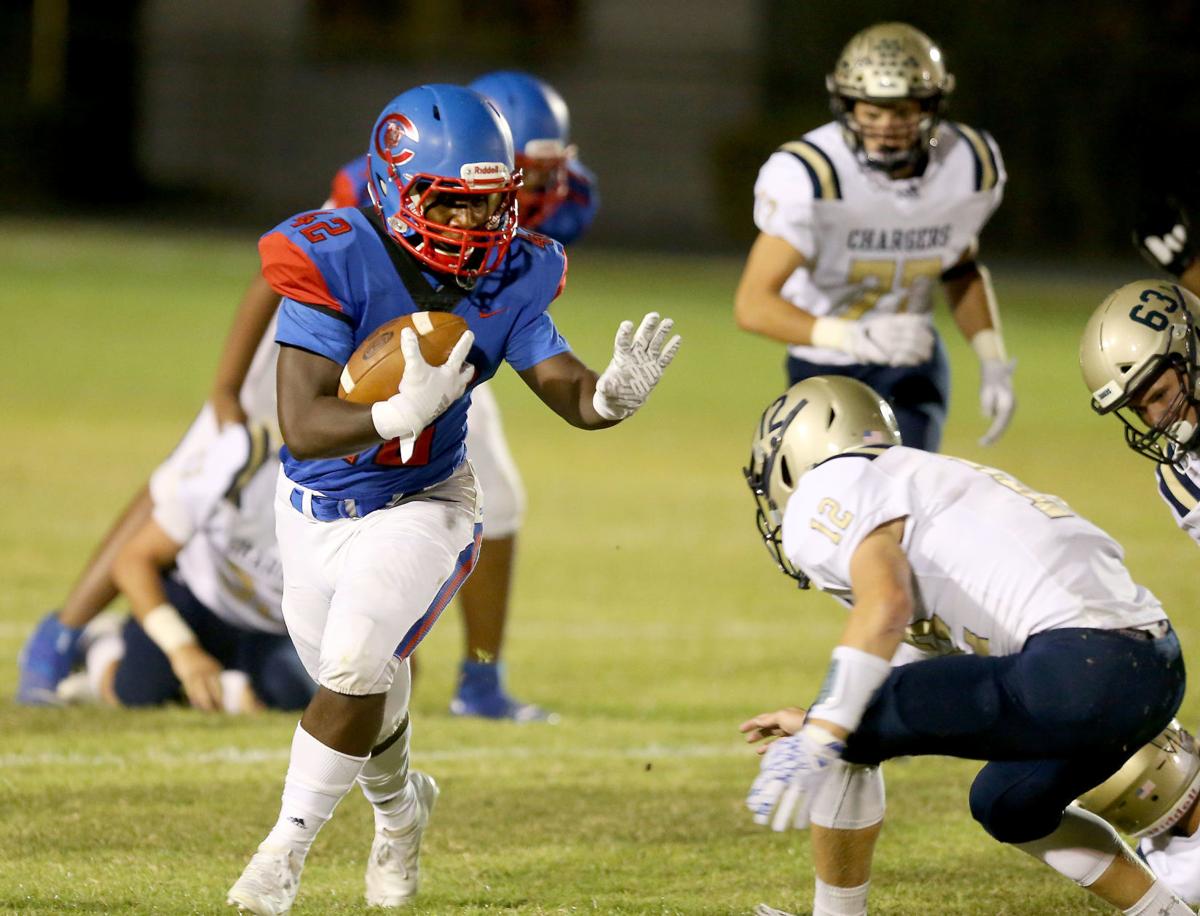 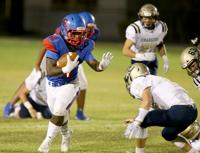 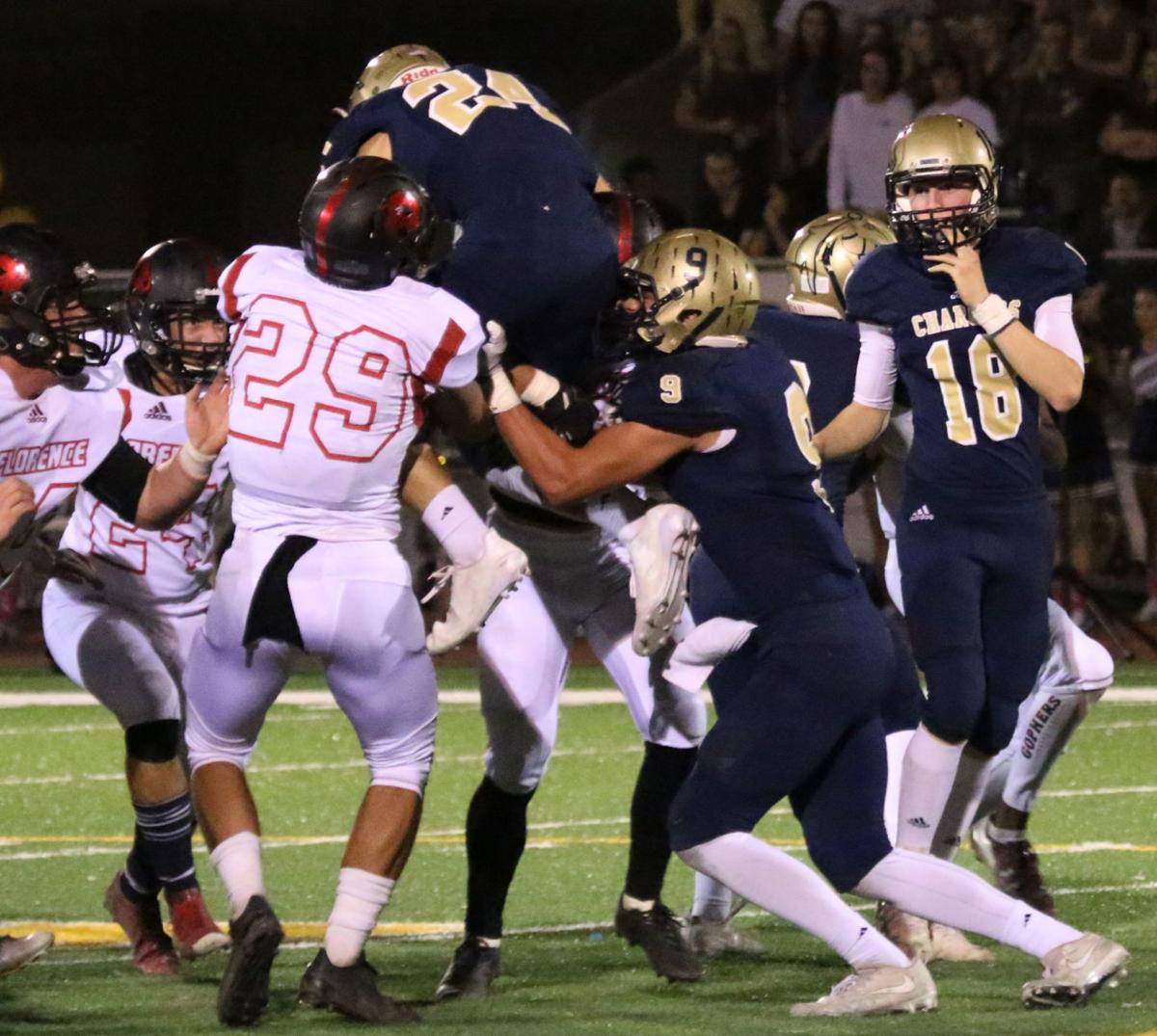 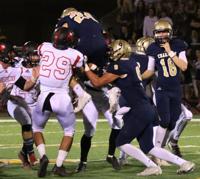 Florence on the road against Queen Creek Benjamin Franklin on Oct. 22.

Florence on the road against Queen Creek Benjamin Franklin on Oct. 22.

And it’s not just the COVID-19 pandemic that shrouds the upcoming season in doubt, as it’s unclear what will happen to the sport later this summer and in the fall.

A lawsuit by three schools against the Arizona Interscholastic Association has further muddied the picture.

Schedules that were to be finalized in April are on hold indefinitely due to legal action by Eagar Round Valley, Phoenix Northwest Christian and Queen Creek Benjamin Franklin. Hearings are set to begin Thursday.

Those schools are fighting the move by the AIA to move them into competition with larger schools based on their success over the last three seasons. The schools say moving their football teams up to face schools with larger student bodies threatens the safety of their players.

Conferences had been realigned every two years in all sports based solely on school enrollment.

But for football only, schools voted to change the criteria, throwing out enrollment in favor of looking at a team’s success in the previous three seasons to move schools up or down one conference or leaving them in the same classification. The new format covers just one year and will be done every year, with the largest weight put on what the team does in the most recent of those three seasons.

The three schools were among 18 high schools that appealed their initial football conference placements. All but Scottsdale Norte Dame Prep lost their appeals. Notre Dame was placed in Class 6A but will remain in 5A.

Dysart, with an enrollment of 1,627, is the largest school in 3A for football after the AIA dropped it from 4A because it wasn’t competitive. Phoenix Christian (188) is the smallest. It lost to Round Valley in the 2A state title game in 2019 and was moved up to 3A in football.

Round Valley reached the 2A semifinals in 2017 and advanced to the 2A championship game the past two seasons, winning it all last season.

The AIA’s Football Reclassification Committee moved both Northwest Christian (449 enrollment) and Benjamin Franklin (696) up to 4A, where enrollments range from 1,000 to 1,767, with the exception of a few schools under 1,000 that appealed to be placed in 4A in most sports.

Northwest Christian excelled in 2A football before moving to 3A and continuing to dominate in recent years. The Crusaders won the 3A title in 2018.

Benjamin Franklin finished second to Queen Creek American Leadership Academy in last year’s 3A state final. Benjamin Franklin’s enrollment places it in the 3A Metro in most sports except football.

If the schools win in the courts, it could signal the end of the new system.

If the actions don’t succeed, Round Valley would replace Holbrook in the 3A East this fall.

Of course, it’s unknown if there will even be a season this year. If COVID-19 leads to a canceled 2020 season, the AIA would have more time to figure out how to move forward in 2021.

On April 20, the AIA’s executive board met via Zoom (video teleconference) for the first time since schools closed.

Topics discussed included the formation of an AIA crisis management team comprised of AIA conference chairs and how the anticipated expensive legal fees will be paid.

According to a story by AIA multimedia contributor Jose Garcia, the board discussed a potential emergency action in which member schools would split the cost of the legal fees — about $270 per school among the 270-plus members. Additional discussion included future legal costs if an AIA member school takes the association to court.

For Pinal ADs, many questions remain about post-pandemic world

Shattered dreams: Sabercats left picking up the pieces of a lost season

TEMPE – After learning of Gov. Doug Ducey’s decision to keep schools closed through the end …

The inevitable happened Monday, as the Arizona Interscholastic Association canceled the spri…