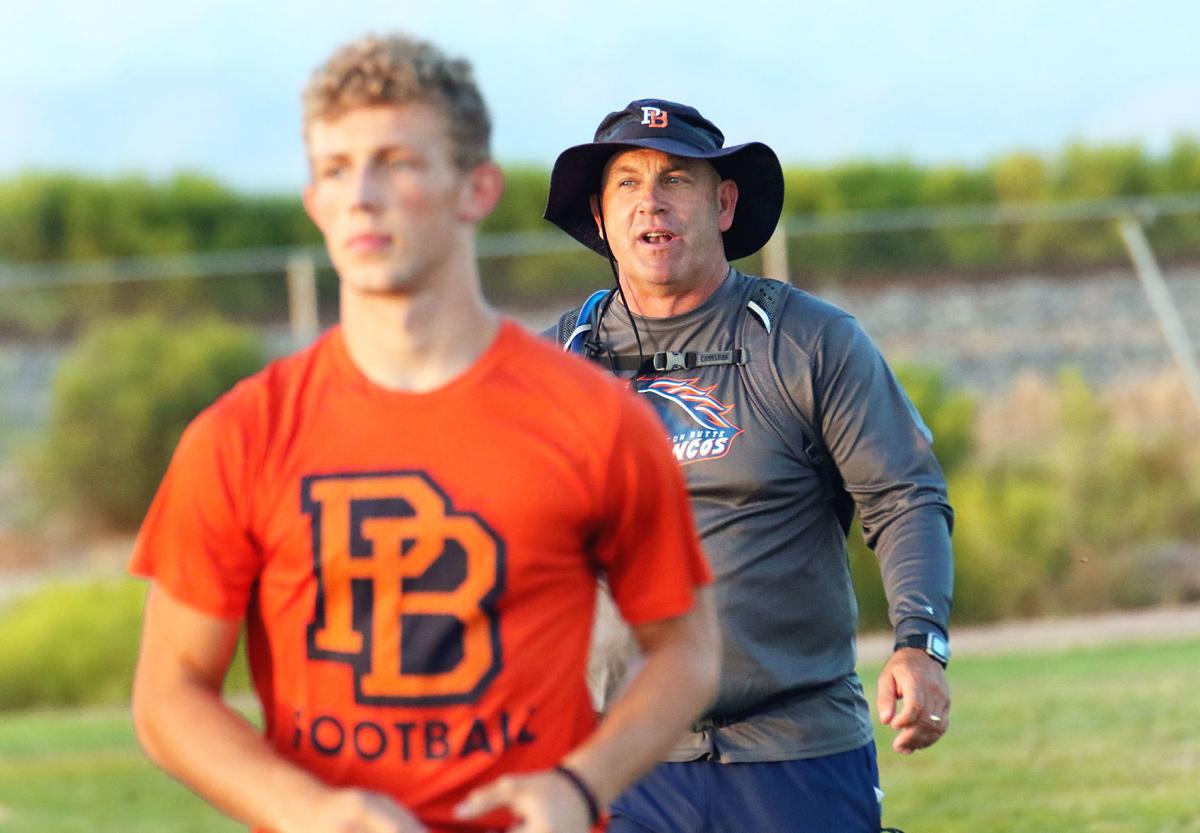 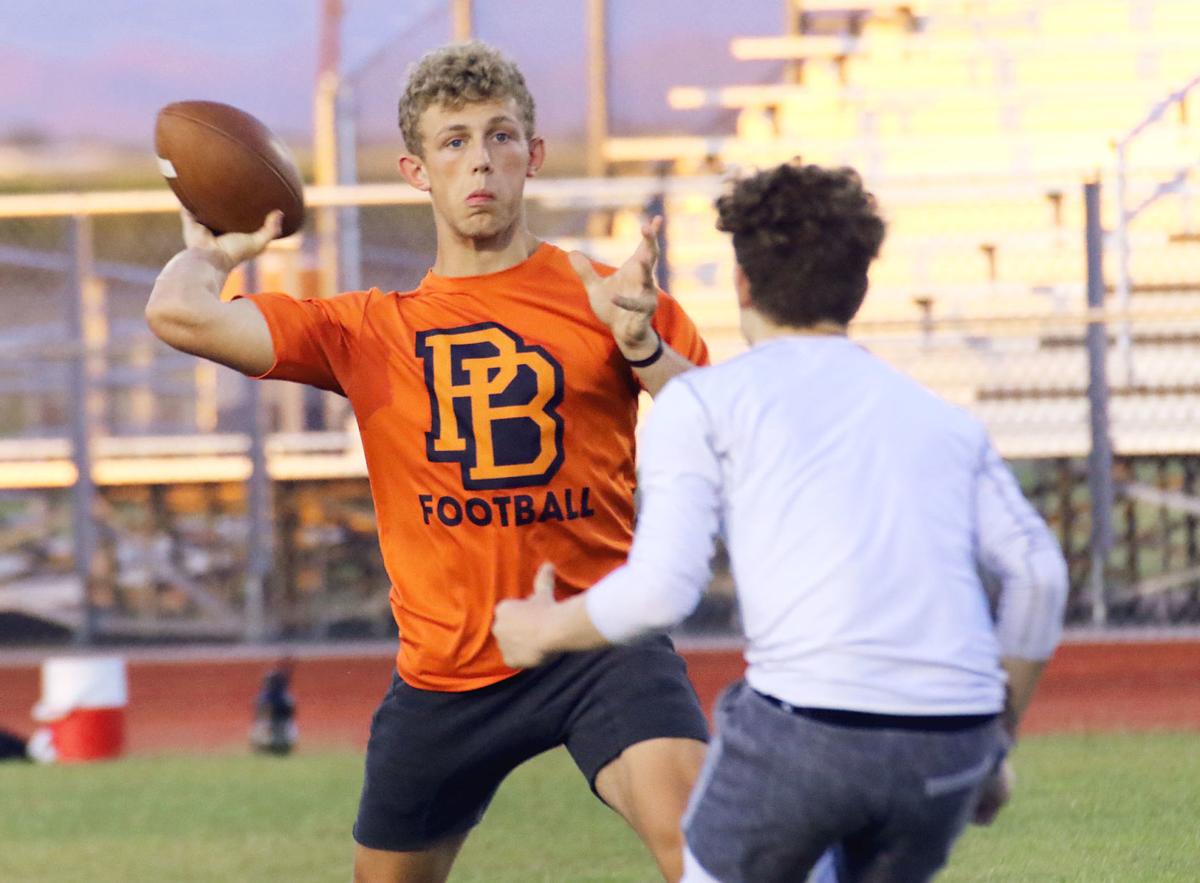 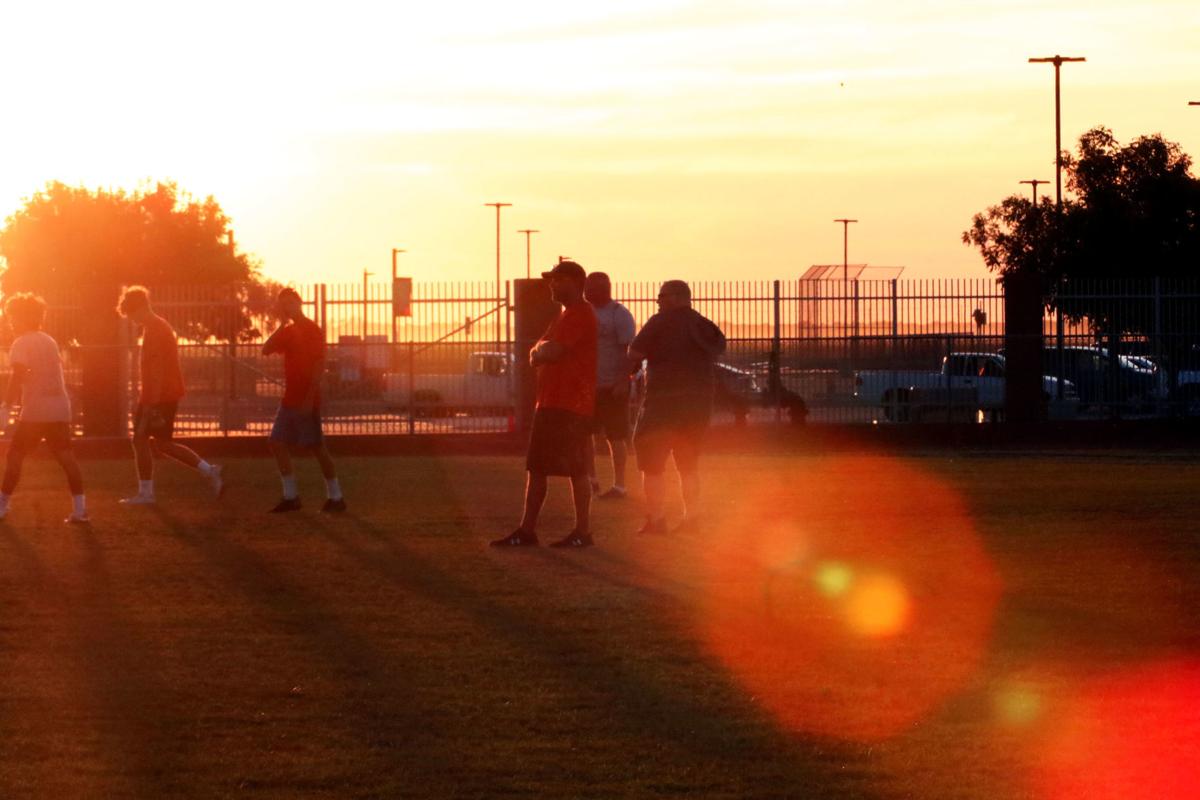 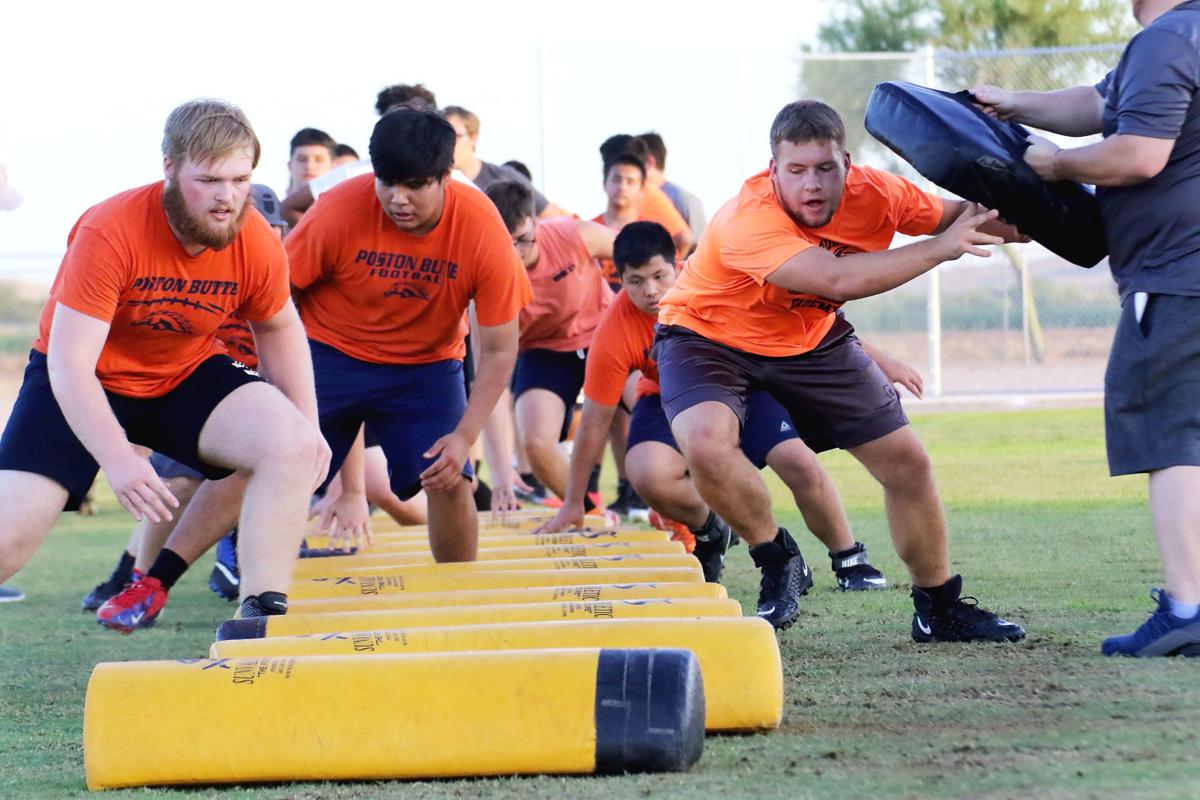 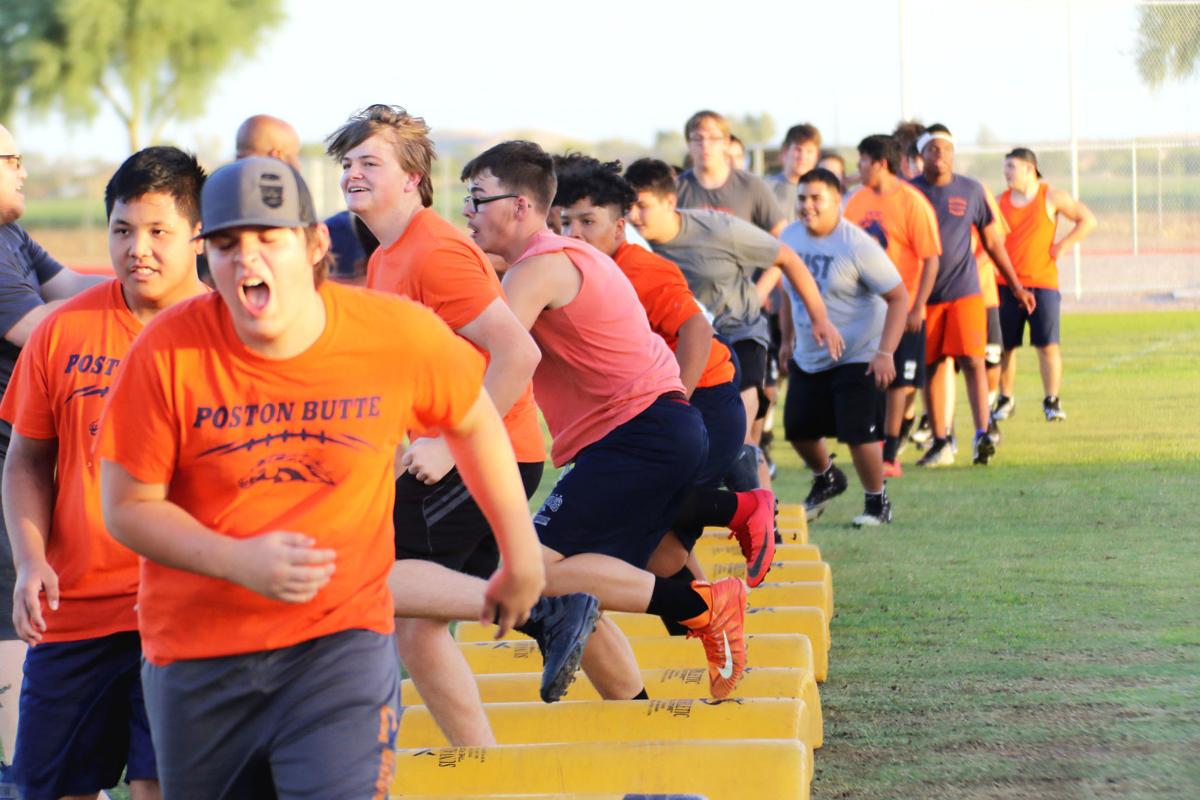 SAN TAN VALLEY — In a world before COVID-19, if a football player was sick, he was still encouraged to attend practice and watch from the sidelines.

However, during the pandemic, that’s no longer the case. Instead of being encouraged to attend practice and show support for your teammates, players are now encouraged to stay at home to support their teammates.

“I have given the kids the green light; if you don’t feel good, don’t come,” Poston Butte coach Dain Thompson said. “Which is the opposite of what normally in football, hey if you don’t feel good you can still come and support your team. If you are sick you should be there and watching. Now it’s the exact opposite.”

Telling kids to stay away from practice if you feel the slightest bit of sickness is not the only thing Thompson has to adjust to. The postgame huddles where everyone would gather at the end of practice to talk about how things went that day are also being thrown out the window. Now Thompson is relying heavily on the projection of his voice so his players can hear.

“It’s really difficult because football when coaches talk, they bring everyone in close — huddle up — no space — all these little verbal cues that coaches have used since I was a player. Now things are spread out and get away from each other,” he said. “If we want to talk after, it’s spread out. I’ll talk loud. You all can hear me, and the kids will have to continuously be reminded, hey get away from each other.”

The Broncos begin their summer workouts at the beginning of this month with a large majority of other schools in Pinal County.

Thompson said the school is in Phase 2 of workouts, although he said it’s not the same as the Arizona Interscholastic Association’s guidelines. Instead the school is following the district’s set of guidelines, which on Tuesday afternoon had players in large groups but spaced out from one another.

“We still have some social distancing protocols that we are implementing, but we are getting closer to being back to normal, which is something that everyone wants, but we have to be careful in what we are doing and make sure that we don’t do something that is going to cause us to step backwards,” he said. “We want to keep moving in a forward direction with all of these steps to get back to normal.”

Getting back to normal might be difficult, as the number of positive cases of COVID-19 increases.

Thompson said nobody in the program has tested positive for the coronavirus. But a couple of players were prevented from practicing after they thought they may have been exposed to the virus. Thompson said he told the players to not come back until someone in that chain tests negative.

Nevertheless, with the increased cases and other football programs in the state suspending summer workouts as a result, some coaches feel the AIA should push the season back two weeks and begin in September.

“I’m definitely not in agreement with that at all,” Thompson said. “I think the AIA needs to do what they do. They make the schedules, and it’s up to districts to abide by that. I think we would be better off (not moving the season back).

Thompson thinks each district needs to take care of its own community and the AIA can’t step in and say this is statewide mandate because there’s already schools that have canceled athletic programs.

“Eventually we are hoping that it’s going to be business as usual,” he said. “We know that there are going to be some protocols in place, but all the things that we are implementing, all the hand washing and the sanitizer is not a bad thing is regardless. It’s things that we should be preaching to our youth. We have to make sure that kids are doing what they should’ve done a long time ago.”