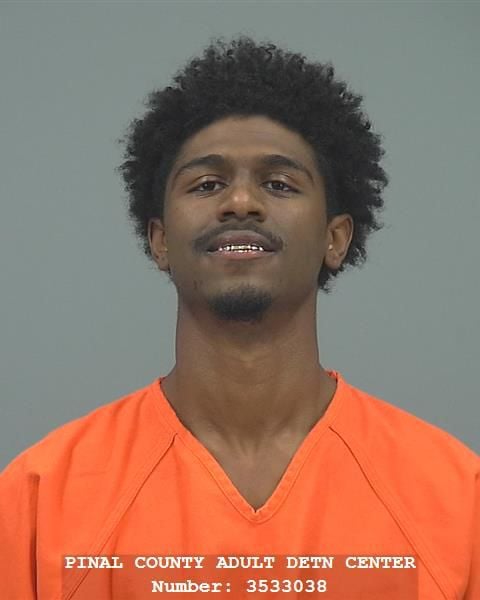 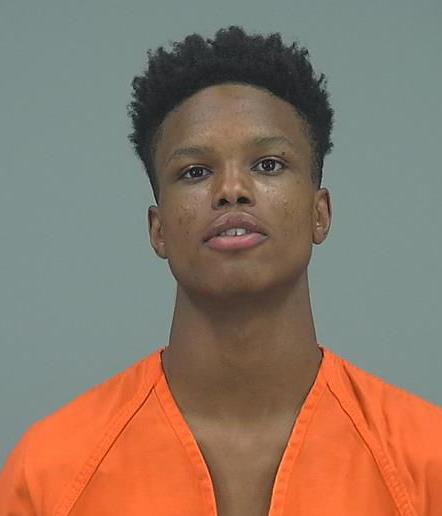 SAN TAN VALLEY — Two men have been charged with robbing a man at gunpoint and forcing him to withdraw nearly $5,000 from a bank account and give it to them.

The saga began at 9:45 a.m. on Jan. 23 when a Gilbert man received a Snapchat message from a man calling himself Amari, asking if he could purchase some marijuana. The man from Gilbert agreed to sell him two ounces of marijuana for $600, according to court records.

They agreed to meet at a house in the 4700 block of East Whitehall Drive in San Tan Valley at 10:30 that morning. The Gilbert man picked up a friend to go with him on the way there.

“After entering the residence, Amari and an unknown black man brandished two handguns, aimed them and ordered the two men to lie on the floor. An unknown white male suspect assisted the black male suspects remove property from the victims. During this time the white male suspect removed a .357 caliber handgun from one of the victim’s possession,” a Pinal County Sheriff’s Office probable cause statement reads.

The victim then returned to the car and handed the money over to the men, according to court records.

They all traveled back to the house on East Whitehall Drive, where the victims were held against their will for two hours, according to court records.

About 1:30 p.m. everyone left the house in the Gilbert man’s car and headed for his home.

Long and Collins, with the help of the yet-unidentified white man, ransacked the home and they took several things belonging to the victim.

They fled the scene by stealing his car, a 2014 Honda Civic.

According to court records, the suspects posted Snapchat videos of them in the stolen car and wearing clothing they allegedly stole from the victim in Gilbert. They also posted videos of them shopping in a store named Mesa Gold Grillz.

“On Jan. 29, (six days later) I met with the owner of Mesa Gold Grillz,” a PCSO investigator wrote in a probable cause statement. “He confirmed that Amari, along with a second black male and a white male, came into his store and made purchases of two gold necklaces and ordered a set of gold teeth. The owner stated the men had a large amount of clean new 100 dollar bills that appeared to be fresh from a bank.”

The owner provided the investigator with $1,850 in receipts defining the purchases. The owner also identified the men as being the men in the Snapchat videos.

At 4 p.m. on Jan. 31, the owner of the store called PCSO and said that the man named “Amari” was on his way back to the store to pick up his order of gold teeth.

The store owner gave law enforcement a description of the vehicle being driven and Mesa Police found the vehicle leaving the parking lot of Mesa Gold Grillz.

Mesa Police followed the vehicle for several miles before stopping it.

“As a result of the traffic stop the driver was identified as Demari Long and the front seat passenger was identified as Jeremiah Collins. During a search of the vehicle a black .45-caliber Smith & Wesson handgun was recovered from the back seat floor board,” the probable cause statement reads.

Other items believed stolen from the home in Gilbert were also found in the vehicle, including an iPhone. Long was wearing the gold necklace and teeth he purchased at Mesa Gold Grillz when arrested by Mesa Police.

When interviewed by PCSO investigators, Long and Collins denied any knowledge of the robbery. Both denied ownership of the handgun. Both admitted knowing the white male suspect in the videos but said they didn’t know his name.

“As of this date, the whereabouts of the victim’s Honda Civic passenger car is still unknown,” the probable cause statement reads.

Long is in custody in the Pinal County Adult Detention Center pending the posting of a $100,000 secured bond. Collins has a $150,000 bond as he also has a probation violation filed against him in addition to the other five charges.

If sentences ran consecutively, the men could serve up to 50 years in prison if convicted of the charges.