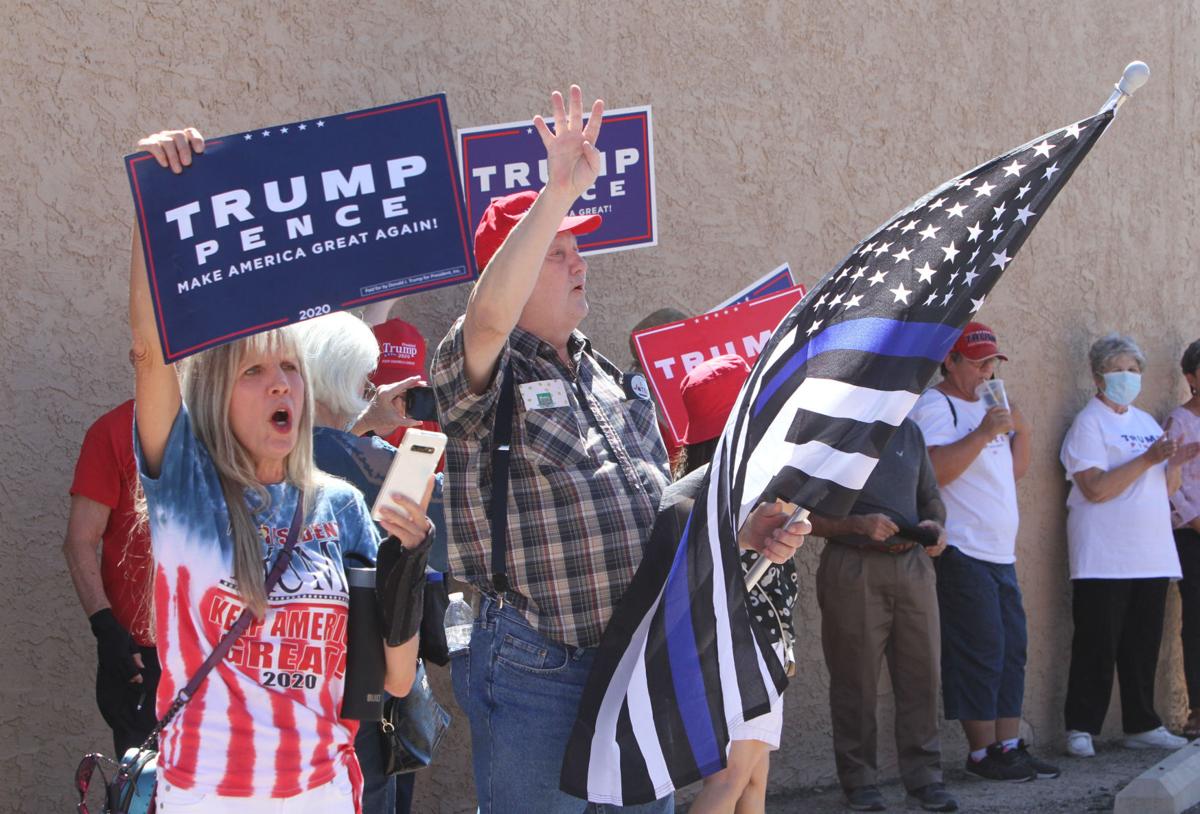 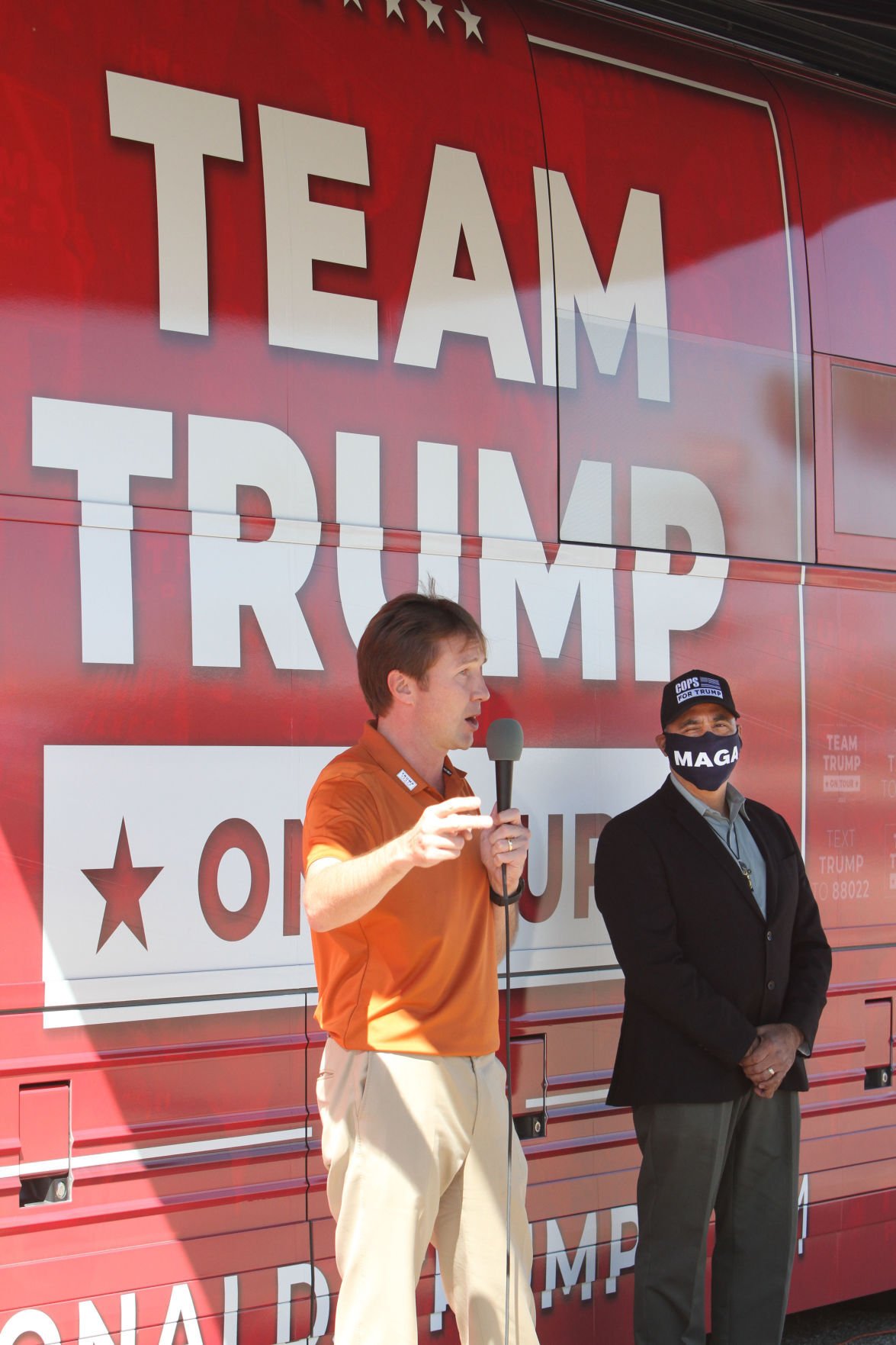 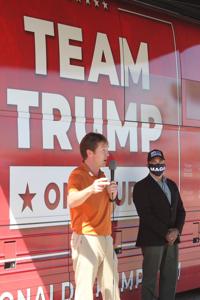 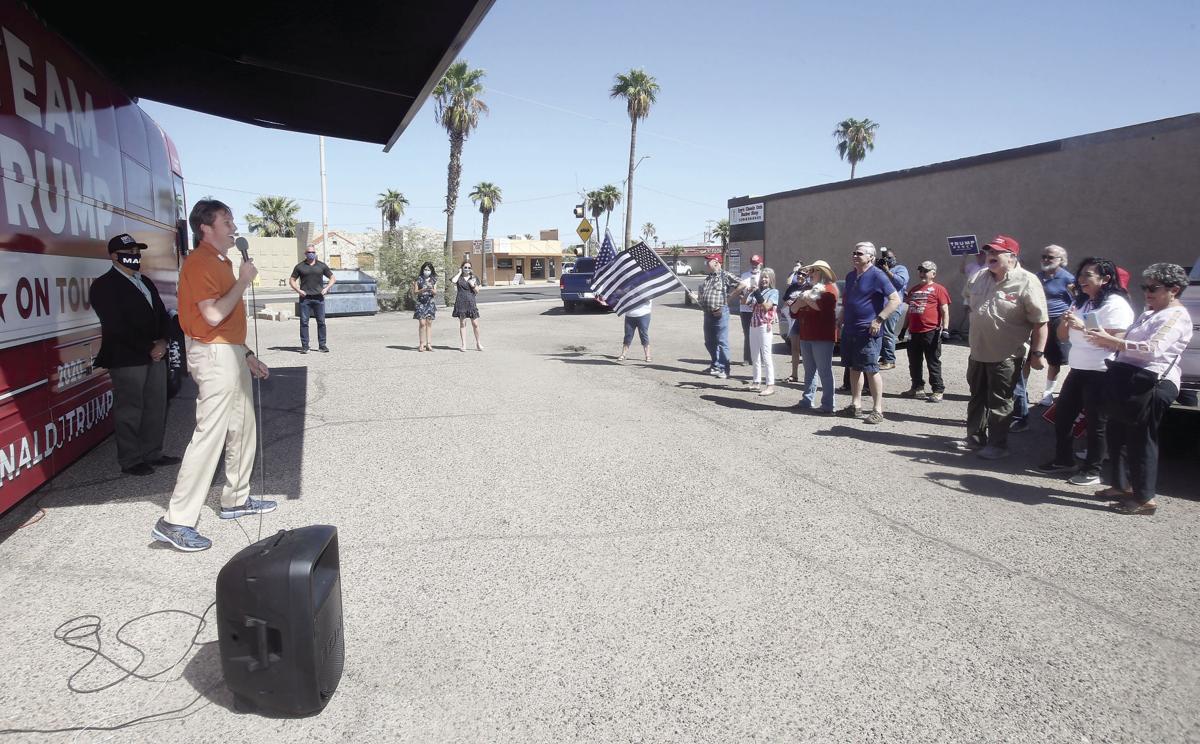 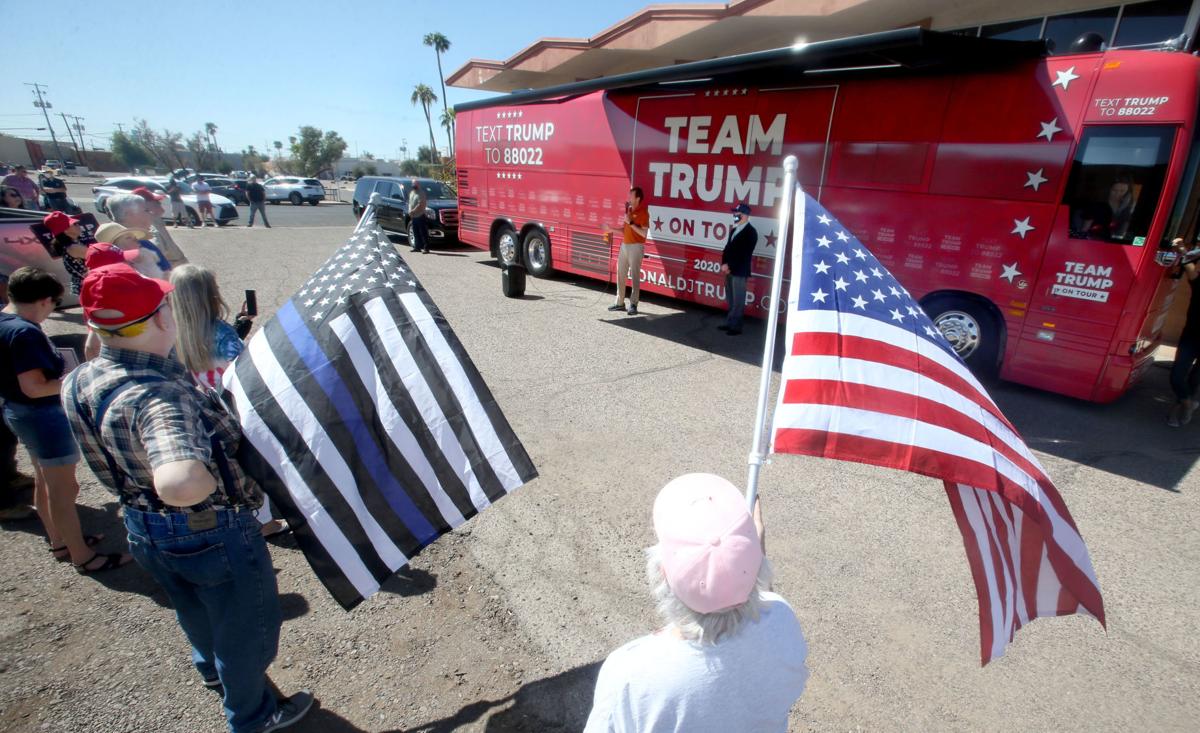 CASA GRANDE — The Team Trump on Tour bus was greeted with cheers and honks from passing cars as it made a stop in Casa Grande on Friday afternoon.

The bus was in town to support Tiffany Shedd, the Republican nominee who is running for Arizona’s 1st Congressional District seat. Shedd was not at her office when the bus stopped by. She was attending an event with John Pence, Vice President Mike Pence’s nephew, on the Navajo Nation.

“It’s been exciting to see all of the enthusiasm from all of the volunteers,” said Republican National Committee Co-chair Tommy Hicks, who is traveling with the bus in Arizona.

According to the Trump campaign website, two buses have been crisscrossing the country in the last 85 days before the Nov. 3 election, the Team Trump on Tour and Women for Trump. Hicks said the bus has been making stops across the state and the country over the past two months in an effort to engage with all of the volunteers who are working to get President Donald Trump re-elected.

Using a bus makes it easier to reach volunteers, he said. The bus can reach up to 20 different locations in a day. In Arizona, the bus has made stops in areas such as Phoenix and Prescott Valley.

The tour is also trying to spread the word that early in-person voting has opened in many states, including Arizona, and that it’s a safe way to vote early, he said.

Hicks didn’t comment on a question about if the campaign was also supporting Arizona’s Permanent Early Voting List. Voters on the list get a ballot mailed to them for each election and can either mail the completed ballot back or drop it off at a polling place in the county they live in.

Hicks told the crowd of about 40 to 50 people who came to see the bus that one of the most important things that Trump wanted to do was fill the U.S. Supreme Court seat that was recently vacated by the death of Justice Ruth Bader Ginsburg.

“We need that seat filled,” he told the crowd.

He touted Trump’s accomplishments, saying that the president has done more in his four years in office than many other presidents.

“Think of what he can do in another four years,” he said.

Hicks said he expected Trump to win another four-year term because of the army of volunteers who are supporting his campaign, but he wanted those volunteers to go out and encourage others to vote for Trump.

“We need a clear, decisive victory on election night, so that CNN can call it early and can’t play games (with the election results),” he said.

Hicks claimed that Democrats have turned their back on the country and the American people. He said if the Democrats won the presidency they would pack the U.S. Supreme Court with judges that are favorable to their causes.

It is also important for the Republican Party to hold on to the Senate, he said.

Jesse Romero, a retired sheriff from California and Catholics for Trump advisory board member, also spoke at the bus event.

Romero, who said he is Latino and Catholic, expected Latinos and Christians to vote heavily in favor of Trump.

After its brief stop in Casa Grande, the bus took off for its next appointment in Chandler, and from there to head for Nevada.