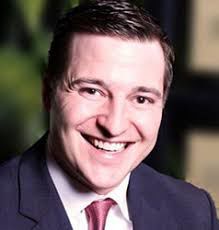 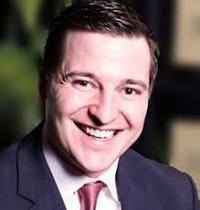 CASA GRANDE — Daniel McCarthy, a Glendale businessman, is running on what he calls a true Republican platform against two other candidates for the Republican nomination for one of Arizona’s U.S. Senate seats.

The seat was left vacant when former Sen. John McCain died in 2018. Arizona Gov. Doug Ducey appointed Martha McSally to fill the seat until a special election could be held in November 2020.

McSally is running, as a Republican, for a full term against McCarthy and Craig Brittain from Scottsdale in the August primary. Mark Kelly likely will be the Democratic candidate in November.

McCarthy, who moved to Arizona when he was 18 from upstate New York, said he wasn’t really planning to run for elected office. He was satisfied with running his real estate business and helping his wife run their global cosmetic business.

“I was trying to find someone to run this race and it kind of backfired on me, because people started saying, ‘Well, you should be the one who does this’ and that voice grew,” he said.

You can listen to a podcast interview with Daniel McCarthy at pinalcentral.com/pinalcast.

McCarthy said he’s been nibbling around the edges of elected office since he started serving as a precinct committeeman years ago. He believes his experience as a business owner and as a Washington outside give him an edge in the race for the U.S. Senate.

“I bring a level of experience from the business community from managing tens of millions of dollars into Arizona. I know how to handle lots of the situations that are happening around the globe,” he said. “We need outsiders to get involved in D.C. D.C. is very corrupt. We need individuals who are incorruptible. We need individuals who stand on their convictions. On their morals and that’s it.”

McCarthy said he’s running on a platform that promises a border wall, an end to red flag laws and the protection of gun ownership rights, a smaller and less intrusive federal government, true competition in the health care market and a revamp of government agencies such as the IRS and federal Department of Education.

The construction of a border wall is an issue that is important to McCarthy.

“Right now what we need is a border. So until that border is 100% complete, we can’t talk about anything else,” he said. “Until that border is complete and we have a solidified border, there’s nothing to talk about. So my positions are irrelevant in terms of what I think are the best possibilities afterwards because all of them are contingent upon that border being completed.”

McCarthy is also a strong supporter of gun rights and an opponent of red flag laws.

Red flag laws allow family, friends or law enforcement officers to petition a judge for an order to remove weapons from a person’s home if they can prove to the judge that the weapon owner may be a danger to self or others.

“This is the slope we do not want to slip down or this is the camel’s head you do not want in the tent,” McCarthy said. “The Second Amendment of our country is a God-given right.”

When asked if red flag laws offer protection from people who may be mentally ill and pose a danger to society, McCarthy said, “If we are to pass unconstitutional laws, would we rather have the government, a crazy government, a far left, crazy government, have control with gun laws or are we wanting to have some unfortunate events that happen?” he asked. “Of course tragedies are terrible. No one wants tragedies. No one is advocating for tragedies, but the reality of it is that we much prefer not to have a crazed government with gun regulations in their hands than a few crazy people with guns.”

McCarthy also believes in getting money from pharmaceutical and health care companies out of the federal government and opening both markets up to true competition.

“We need to ensure that we send people to D.C. who are not beholden to those corporations, he said. “There are a lot of things we could do at the federal level that could drive competition. All we need to do is stop picking favorites at the federal level for insurance companies and for big pharma and allow for natural competition to take hold and we can drive down prices.”

McCarthy also believes in overhauling some federal agencies such as the Department of Education and the IRS. He said the IRS is incredibly inefficient and a dangerous tool that could be used to punish political rivals. He pointed to reports that the IRS had targeted political groups during President Barack Obama’s administration.

Investigations by the U.S. House of Representatives, the U.S. Treasury and the FBI in 2017 showed that both Republican and Democratic political groups applying for nonprofit status were scrutinized by the IRS in 2013 through a keyword search. A lawsuit filed against the federal government by more than 400 conservative nonprofit groups was settled by President Donald Trump’s administration in 2017.

McCarthy said he believes in public education, but he also believes that states can perform that service better than the federal government.

McCarthy said he’s the ideal candidate to send to the U.S.Senate because “I’m a constitutionalist. I want our rule of law protected. I want to ensure that we find our narrative back. (That) we get our identity back as a country.”

CASA GRANDE — Health care, education and water are just a few of the issues Eloy resident Sharon Girard wants to tackle if she’s elected to th…