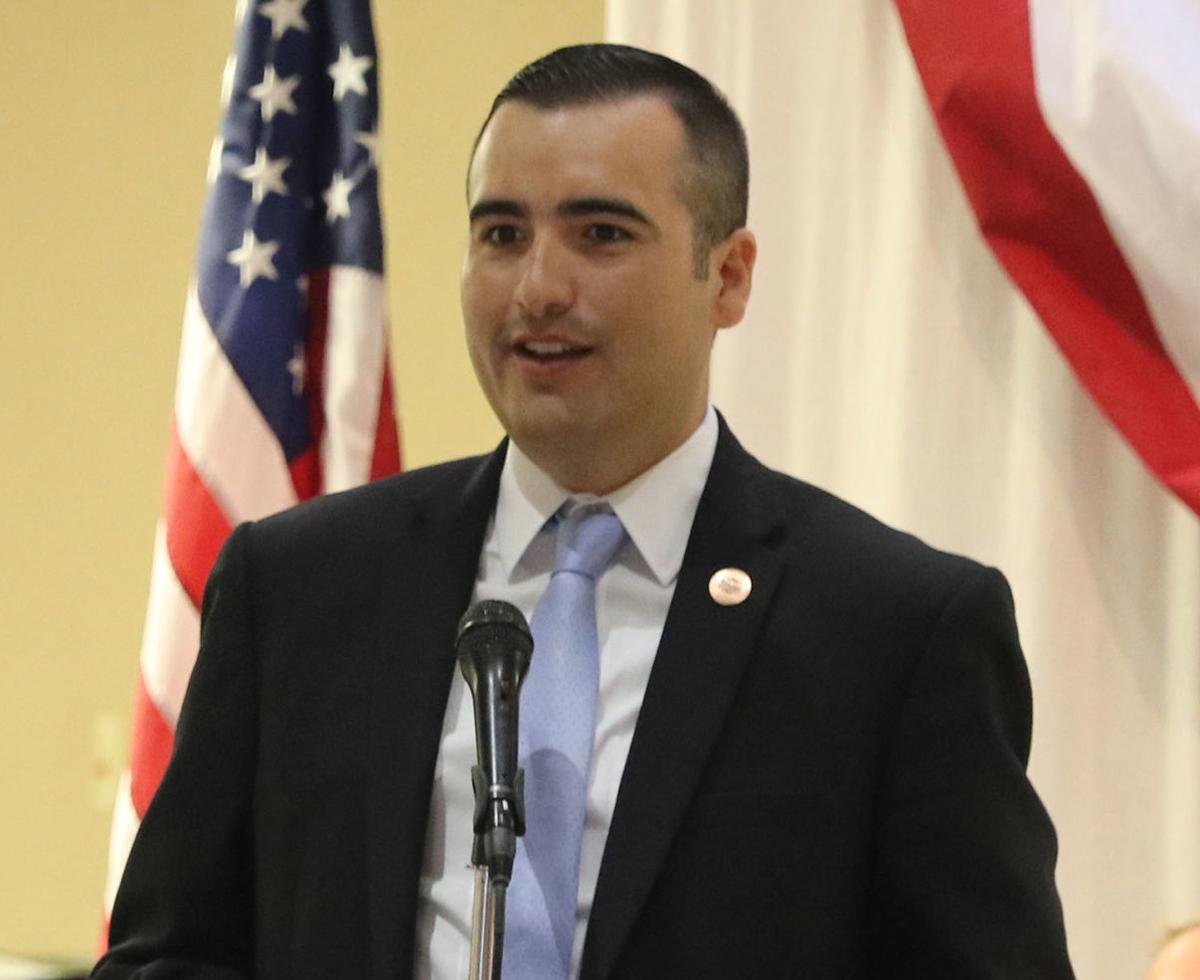 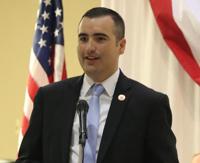 State Rep. T.J. Shope has been named to the Arizona Complete Count Committee. 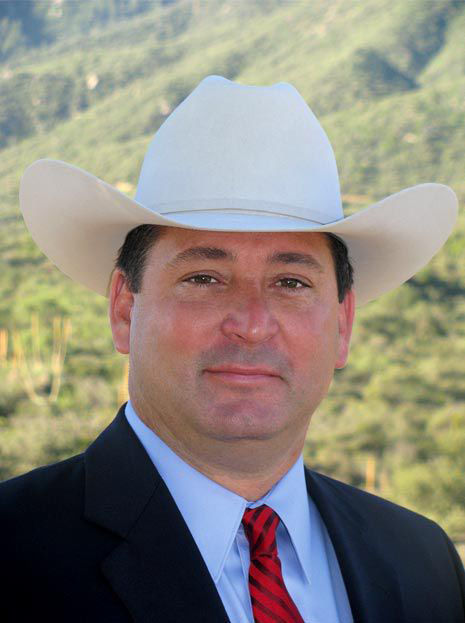 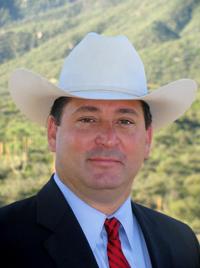 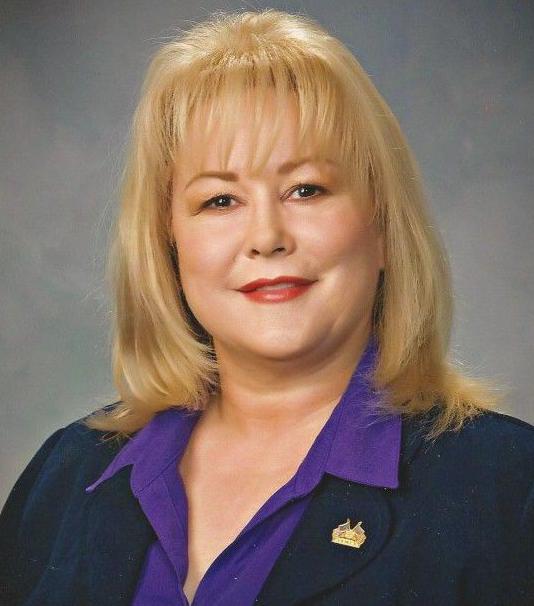 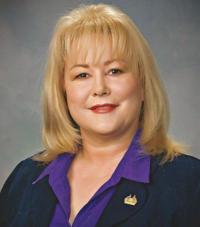 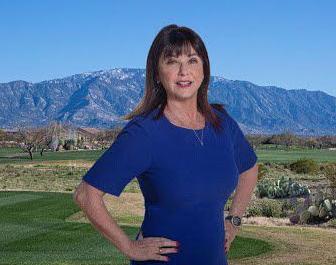 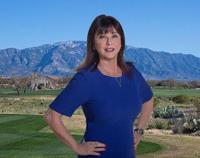 State Rep. T.J. Shope has been named to the Arizona Complete Count Committee.

PHOENIX — The state’s response to the COVID-19 pandemic, funding for education and the possibility of voters legalizing marijuana made for a lively discussion among the candidates from Legislative District 8 Tuesday.

State Sen. Frank Pratt, who is running for one of the LD 8 House seats, did not attend the event.

Shope, now serving in the House, said one of the first bills he would propose, if elected to the Arizona Senate, would be to fund the expansion of Interstate 10 between Phoenix and Casa Grande. Shope sponsored a bill in the House last session to help fund the construction of a new bridge for I-10. The bill passed the House but died in the Senate after the COVID-19 pandemic hit the state.

Funding rural broadband internet access was one of the first bills that McGuire said she would sponsor. A lot of children are missing out on a good education, now that schools have switched to online learning due to COVID-19, because they live in rural areas of the state and don’t have access to a good internet connection.

Cook said he was planning for a lot of “heavy lifting” in the new session of the Legislature. He expected to tackle a lot of budget issues in the new session that have been caused by the pandemic. He was also hoping to work on funding for a north/south corridor stretching from U.S. 60 in Apache Junction to I-10 in Eloy. The state has been working on funding for the project for the last 17 years, he said. The population in the area is expected to grow rapidly over the next several years.

“We have to get this completed,” he said.

Girard, a retired physician assistant and nurse, said her focus would be on health care. The pandemic has brought attention to the fact that many people in the state still cannot afford health insurance. She would look at the possibility of allowing people to buy into the state’s Medicaid program, the Arizona Health Care Cost Containment System, in order to make sure everyone had access to purchasing health insurance.

The candidates also expected to continue to deal with issues from the COVID-19 pandemic in the new legislative session.

Shope said he planned to continue many of the same programs that the Legislature had put into place during the last session to deal with the pandemic. He was especially concerned about making sure the state’s medical professionals had the funding they need to take care of patients and provide testing for the public.

McGuire wanted more funding for testing and contact tracing in rural areas. She also wanted to establish a team that could help the state prepare for future pandemics and continue to guide the state through the current one.

Cook thought the state was on “the brink of getting out of this one (pandemic),” and the Legislature gave the state the tools it needed to handle the crisis during the last session.

Cook said he would meet with the leadership from cities, towns and counties in his district to determine what had worked well and what hadn’t worked and determine how to fix those problems.

He was also concerned about a lack of free testing for the virus in rural areas and wanted more testing resources for those areas.

Girard pointed out that the state may be out of the first wave of the virus but the flu season was coming up and a second wave of the coronavirus was possible. The state also needs to start looking more closely at the issues brought to light by the pandemic, such as unemployment benefits and evictions.

The state needs to create a pandemic plan to help people and businesses that are struggling, she said.

When asked how much unemployment a person should be given, Girard said she wasn’t sure. It was something she would have to sit down with a panel of experts and economists to figure out. However, the state shouldn’t be near “the bottom of the barrel” among all of the states when it comes to unemployment benefits, she said. Girard suggested raising unemployment benefits to somewhere near the middle of the pack.

Cook said unemployment benefits should be about at minimum wage level.

He pointed out that unemployment benefits are paid by Arizona businesses. Any changes to the level of benefits received should balance the needs of the unemployed and businesses, he said.

Those on unemployment would benefit more if the state reopened the economy, Cook said.

McGuire agreed with Cook. She didn’t want to disincentivize people from looking for work by raising unemployment benefit levels too high.

The safety of students, teachers and staff as schools gradually reopen was also discussed. All of the candidates agreed that once an area met the state benchmarks for reopening schools, it should be left up to school boards as to how and when those schools should reopen.

Shope, who has served on the Coolidge school board for several years, said it is a “very difficult decision for all.”

One of his main concerns was making sure that special education students and their families were getting the support and services they need.

McGuire thought that some schools had reopened too early. She pointed to increases in the number of COVID-19 cases that were being reported at universities across the country.

However, she agreed that it should be left to school boards as to how and when to reopen school buildings once their area has met the state benchmarks.

Cook raised concerns about schools, especially rural school districts, losing funding because parents had decided to move their students into private or online-only schools. He was also worried about the long-term effect on students and their learning.

Girard pointed out that it could also be a time for innovation and creativity. Schools should reopen with the help of health experts, she said. Teachers and staff are leaving or retiring early because of health concerns. The health of the general public should come first.

The talk of education also brought up the issue of the Invest in Ed initiative on November ballot. If approved by voters, the initiative would tax single people making more than $250,000 and couples making more than $500,000 at 3.5% on the income over those levels. The funds would go to teacher pay, student support services, career and technical education, teacher mentoring and education programs. It’s expected to raise about $940 million annually.

Girard supported the initiative, saying it would create a dedicated stream of revenue for the state’s schools.

Cook did not support it, saying the initiative is discriminatory and would punish people who had higher incomes.

McGuire also supported the initiative, pointing out that it would only affect the top 1% of incomes in the state.

Shope said he would not vote for it. He was concerned about the impact it might have on small business owners.

The candidates also discussed a voter initiative that would legalize recreational marijuana for Arizona residents over the age of 21.

Shope said he wasn’t opposed to legalizing recreational marijuana but was opposed to how the initiative was written. He pointed out that if it passed, it would be very difficult to change the tax rate in the law, if the federal government decided to legalize marijuana and also tax it.

Cook said he would not be voting for the initiative. The situation should have been handled in the Legislature, he said. There are also unanswered questions about what to do with all of the people who have been convicted for marijuana violations who are currently sitting in jail.

He suggested an ad hoc committee to research the situation and contact other states, such as Colorado, that have legalized recreational marijuana.

The commission also has a debate for Legislative District 11 candidates scheduled for 6 p.m. on Sept. 30 on YouTube.