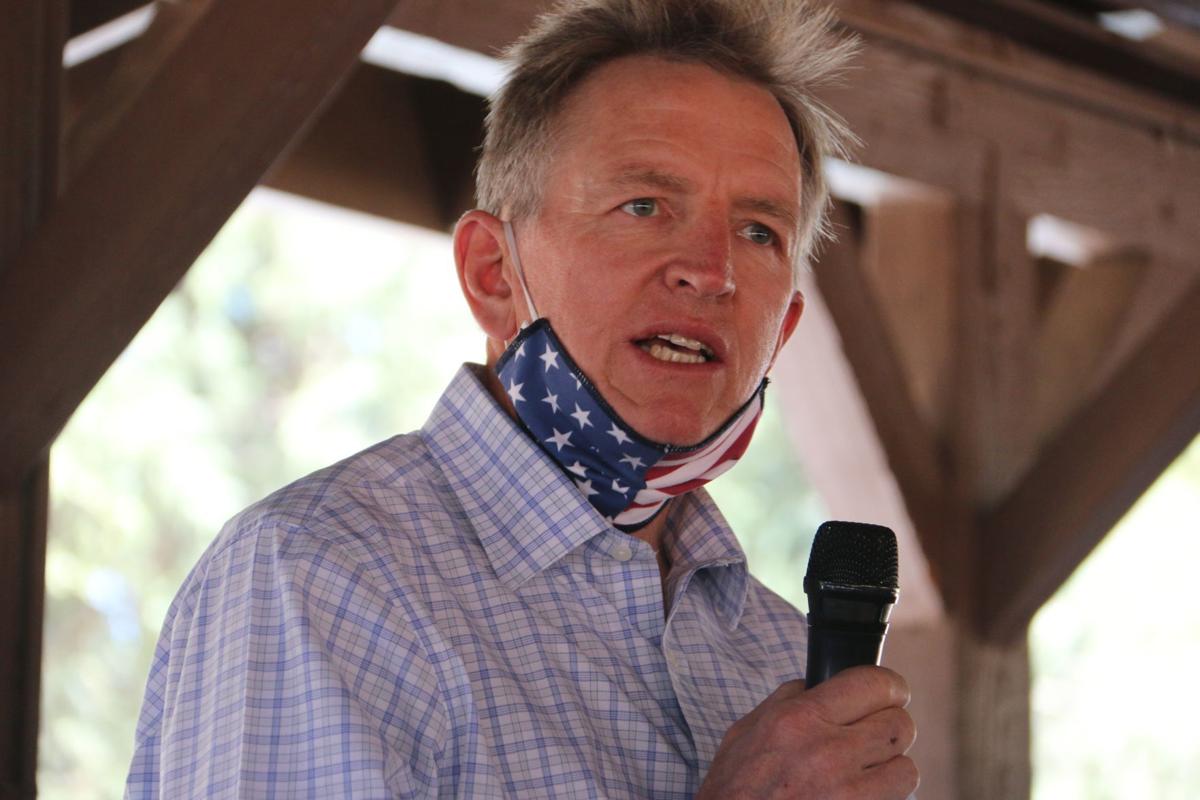 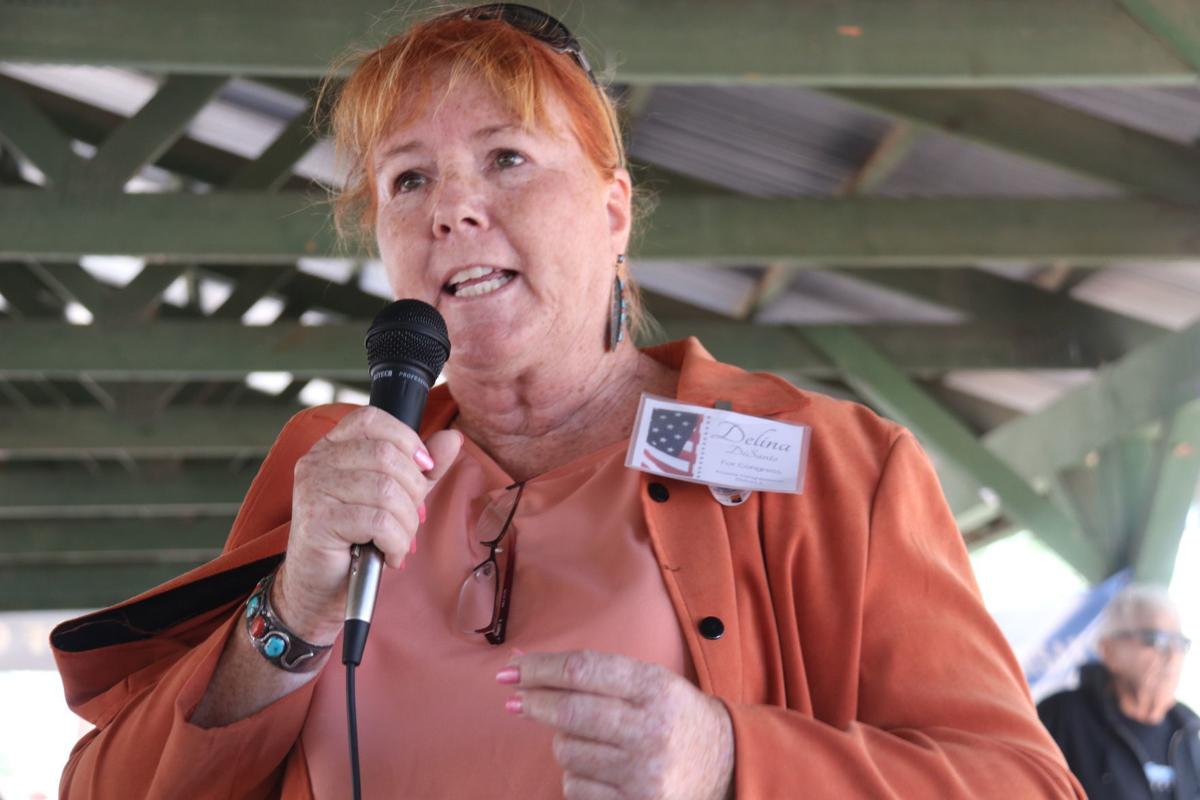 Arizona Rep. Paul Gosar’s six siblings have once again gone out of their way to endorse his political challenger — nurse and health care consultant and educator Delina DiSanto.

“It’s time to elect someone who will serve you in a calm, mature and respectful manner,” said a statement issued by his sisters and brothers — Grace, Jennifer, Joan, Gaston, David and Tim. “A person who actually lives in the district and who cares about your health care and financial concerns in these very trying times.”

Gosar’s campaign did not respond to an email seeking comment.

The siblings also endorsed their brother’s Democratic opponent two years ago, but Gosar won handily in the overwhelmingly Republican district.

The statement from the siblings blasted Rep. Gosar for his support for the repeal of the Affordable Care Act. The ACA provided health care coverage for about 20 million Americans as well as requiring insurance plans to cover pre-existing conditions and preventive care while allowing young people to remain on their parents’ plans until the age of 26. Gosar has voted repeatedly to repeal the ACA, saying it has driven up medical insurance costs and undercut the competitive, free-market medical system.

“While the special interests he serves will rake in huge profits if that happens, you’ll be left holding the bag,” said his brothers and sisters in the statement. “Indeed, a federal ban on denying coverage to patients with pre-existing conditions would disappear with the Affordable Care Act, should it be overturned. Rep. Gosar, Senator Martha McSally, and President Trump have said repeatedly they’d like to see the ACA overturned.”

The statement continued, “Paul serves the very wealthy and powerful — not you, the people — as he clearly proved when he enthusiastically voted for the 2017 tax cuts for the rich and special interests. He voted against the Heroes Act (H.R.6800) — the coronavirus stimulus package for the average person — claiming that it would increase the deficit. But he wasn’t the least bit concerned about the deficit when he voted for the tax cuts for the rich and the first stimulus bill. And he also supports the lawsuit currently before the U.S. Supreme Court that would eliminate coverage for pre-existing conditions. While the special interests he serves will rake in huge profits if that happens, you’ll be left holding the bag.

“It’s time to give someone else a chance. Delina will be a leader you can be proud of; not someone who constantly makes himself the butt of national jokes. Unlike Paul, who for eight years did absolutely nothing to lower prescription drug costs and improve your health care, she’ll actually deliver. In 2020, vote for yourself by voting for Delina.”

In a recent newsletter to constituents, Rep. Gosar strongly opposed the $2.2 trillion Heroes Act COVID stimulus bill passed more than four months ago by House Democrats and approved again with minor changes recently. Senate Republicans refused to schedule a vote on the bill in that chamber and have countered with a $350 billion alternative.

Gosar wrote, “Last week, the House BARELY passed a Democrat wish list cloaked in the form of COVID-19 relief. Not only would this bill have cost $2.2 trillion, but Democrats pushed forth this legislation without any input from Republicans. Whether it’s the $436 billion for liberal states, extending an already almost complete Census, or the lack of legal protections for schools and businesses to re-open, this bill was something I could not support which is why I voted against it. I was joined by 187 other Republicans and 18 Democrats. The bill passed with only radical Democrat support to which it will die in the Senate. Yet again, Congress is wasting time pushing Democrat messaging bills as well as Democrat wish lists that will go nowhere and do nothing.”

The same newsletter also explained why he voted against the congressional resolution condemning the QAnon conspiracy theory, based on the anonymous postings suggesting that President Trump is working to thwart an international ring that has been providing elites with children they can sexually abuse.

“The last vote we had last week was a resolution to condemn QAnon and reject the conspiracy theories it promotes. For those of you unfamiliar with the resolution. I voted against this resolution. Now of course I do not endorse any form of violence, but for the House of Representatives to condemn the free speech of a certain individual is simply wrong and not what I was sent to Washington to do. It is not the place of Congress to be the thought police of our country, but if that’s the route we want to take, why won’t Speaker Pelosi and the Democrats take up a resolution to condemn the acts of violence perpetrated by antifa and BLM? These are real organizations that have leaders, websites, registered 501©(3)s and they have committed a patterned commission of coordinated violent crimes all summer that has resulted in burning cities and murdered police. I’m sick of Democrats playing political games with our tax dollars and will not be a part of Speaker Pelosi’s messaging campaign. I voted NO.”

The newsletter also detailed his efforts to require the FBI to launch an investigation into the Black Lives Matter movement, which he said is working for a Marxist and Communist world revolution.

“The Communist Manifesto teaches us that communists think in terms of violent world revolution, pushing for revolutions in the capitalist countries across the world, funded by established communist states, to overthrow the world order. This is what the Soviets did in the Cold War. And myself and my colleagues have called on the FBI to investigate evidence of this tactic between BLM and a pro-China group founded by Marxists, the Chinese Progressive Association (CPA).”

Ten years ago when I was editor of the Standard-Examiner in Ogden, Utah, we unintentionally …