FILE - In this Thursday, April 22, 2021, file photo, former Arizona Secretary of State Ken Bennett speaks at a news conference to talk about overseeing a 2020 election ballot audit ordered by the Republican lead Arizona Senate at the Arizona Veterans Memorial Coliseum in Phoenix. A judge hearing a challenge to voter privacy policies during the Republican-controlled Arizona Senate's recount of 2.1 million 2020 election ballots says he is not convinced voter secrecy is being upheld. (AP Photo/Ross D. Franklin, File) 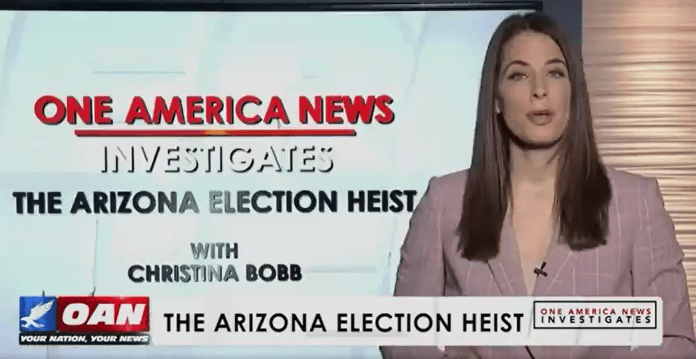 One America News Newtwork's Christina Bobb made a series of of dubious or demonstrably false claims about the 2020 Maricopa County election in a Feb. 20 special on the network in an attempt to bolster the lie spread by former President Donald Trump and others that he didn't really lose Arizona by about 10,000 votes. 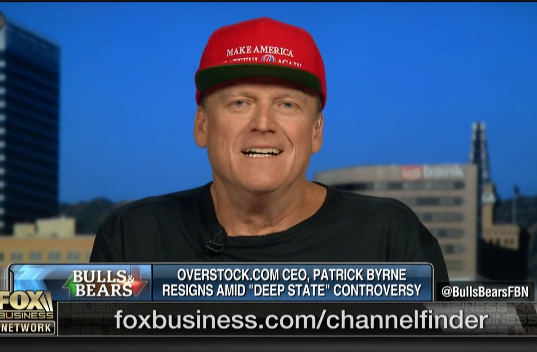 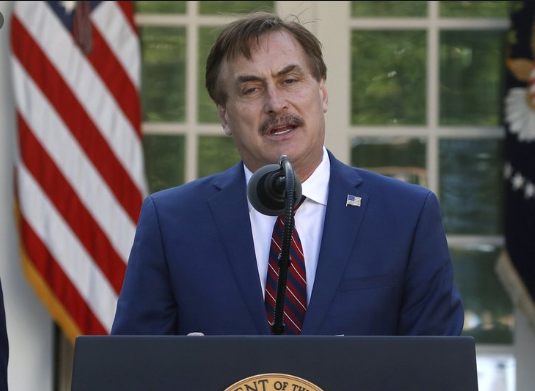 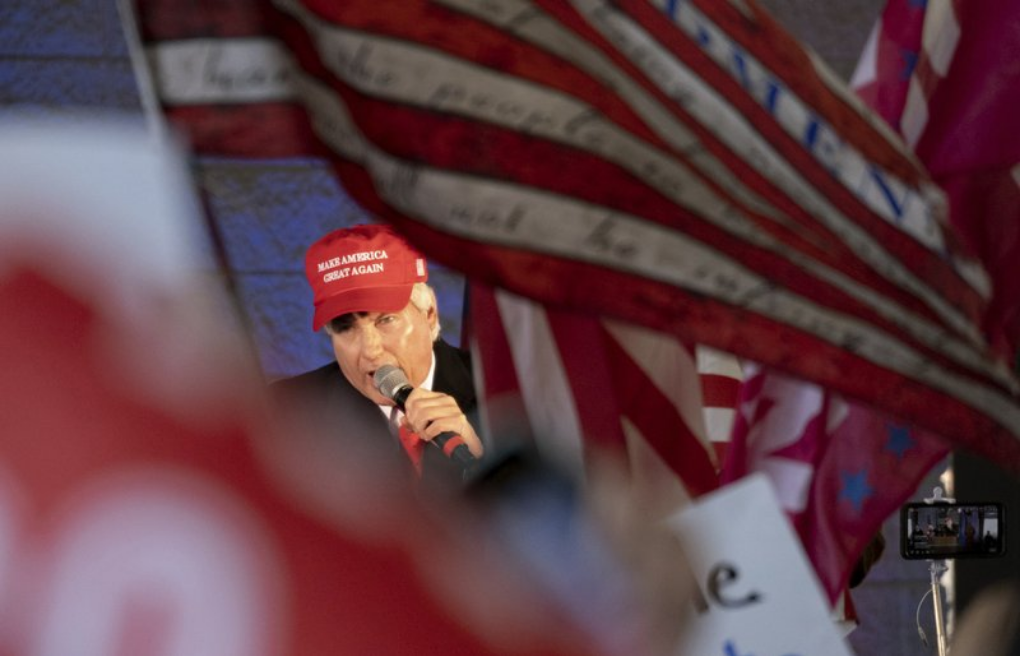 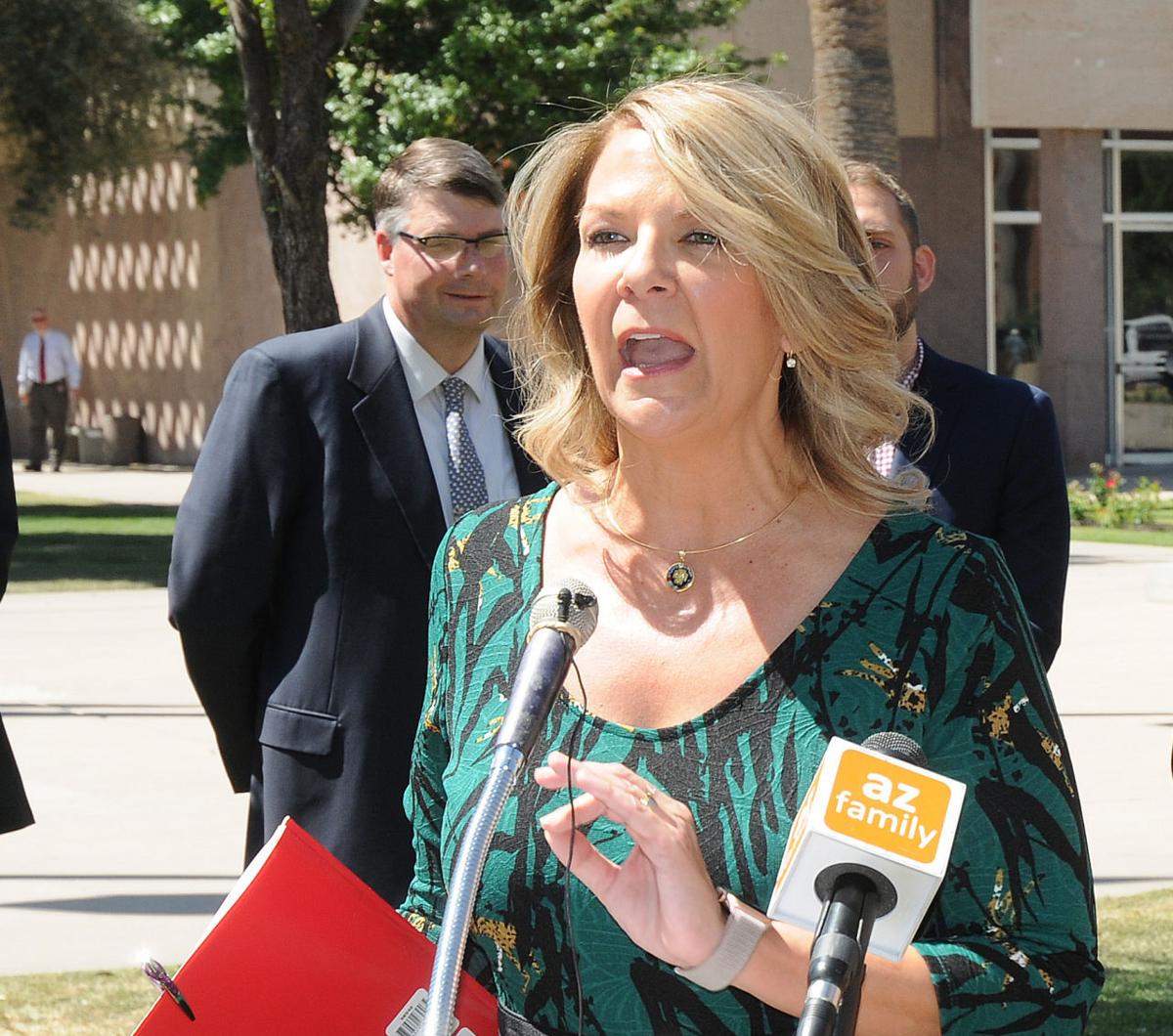 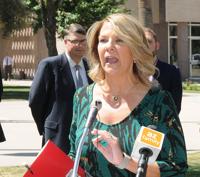 PHOENIX -- The Arizona Senate’s audit of Maricopa County’s election results is still underway and a number of pro-Trump and conspiracy-minded groups are raising money for it, though it is unclear how much money has been raised, how much the audit will cost and who will receive that money.

Cyber Ninjas, the Florida-based firm heading up the audit team, has refused to say who is paying it and how much they are paying. The Senate agreed to pay the company only $150,000 — an amount that Senate President Karen Fann acknowledged she knew was far short of what it would cost — and let it raise the rest from private sources, even though the Senate is sitting on a $3.5 million nest egg it could have used to pay for the audit.

Ken Bennett, the Senate’s liaison to the auditors, has said he will “fight” to get information about private funding released, but he has also chided the public for questioning where the money is coming from, telling reporters “it doesn’t matter who paid for it.”

Likewise, Fann told the Arizona Mirror that she wants the information on who is funding Arizona’s audit made public, but may be unable to force Cyber Ninjas to do so. The Senate’s contract with the company doesn’t mention outside funding or require that the firm disclose that information.

Arizona Mirror has compiled an evolving list of what we know about who is raising money to pay for the audit.

The first organization to announce it was raising funds for Arizona’s audit was the one created by the host of a Pro-Trump cable news network that has repeatedly spread false claims about the election in Arizona and across the country.

One America News Network’s Christina Bobb launched a 501(c)(4) nonprofit organization called Voices & Votes which has raised at least $150,000 for the audit. Bobb routinely tweets about the fundraising effort and mentions her non-profit on her show, urging supporters to donate. She recently claimed the audit is “dangerously underfunded.”

Bobb has been given exclusive access to Bennett and the audit site that other local and national news organizations have not been granted.

Another group raising money for the audit claims to have raised $1.2 million as of May 3.

Fund The Audit has a goal of raising $2.8 million. It was created by The America Project, a Florida-based 501(c)(4) non-profit started by former Overstock.com CEO and ardent Trump ally Patrick Byrne.

Byrne’s Telegram channel is full of conspiracy theories about the election, and he often shares information from other prominent pro-Trump figures that includes baseless allegations about election fraud. Some of those people, like Jovan Pulitzer, are also a part of Arizona’s audit.

Byrne has been a leading voice in 2020 election fraud claims and has railed against the so-called “deep state”. Some of his claims came after it was revealed he had an affair with accused Russian spy Maria Butina, which he claimed the FBI encouraged him to do.

Byrne was also present at an hour-long meeting at the White House during the final days of Donald Trump’s presidency in which he, Sidney Powell and disgraced retired Gen. Michael Flynn urged the president to overturn the election.

Bennett and others who control the official Twitter account for the Senate’s audit have promoted the Fund The Audit effort.

According to reporting by the Washington Post, Bennett was told to promote the fund by Cyber Ninjas CEO Doug Logan.

Logan’s now-deleted Twitter account retweeted accounts that claimed Donald Trump actually won the 2020 election and lost because of widespread fraud that favored Joe Biden. There is no evidence that happened, and such claims have been refuted by recounts and post-election tests and audits, and courts have consistently rejected them.

Lindell has been a proponent of false election fraud claims and is currently the target of a defamation lawsuit by Dominion Voting Systems, which is seeking $1.3 billion in damages from the CEO for spreading false accusations.

QAnon-promoting attorney L. Lin Wood has also donated $50,000 to the audit efforts, according to a report by Talking Points Memo.

One of the biggest proponents in Arizona of the discredited theories that there was election fraud in Arizona has been the Arizona Republican Party and its chairwoman, Kelli Ward.

The party is currently using the audit to raise money, using the Republican Party’s WinRed fundraising platform, though it is unclear whether the money will go to support the audit or just to fund the AZGOP’s operations.

“Join us in supporting our work. We aren’t finished fighting. And we won’t be until we get the answers we deserve,” the party said on its fundraising page.

Jerod MacDonald-Evoy is a reporter for the Arizona Mirror, a non-profit news organization.