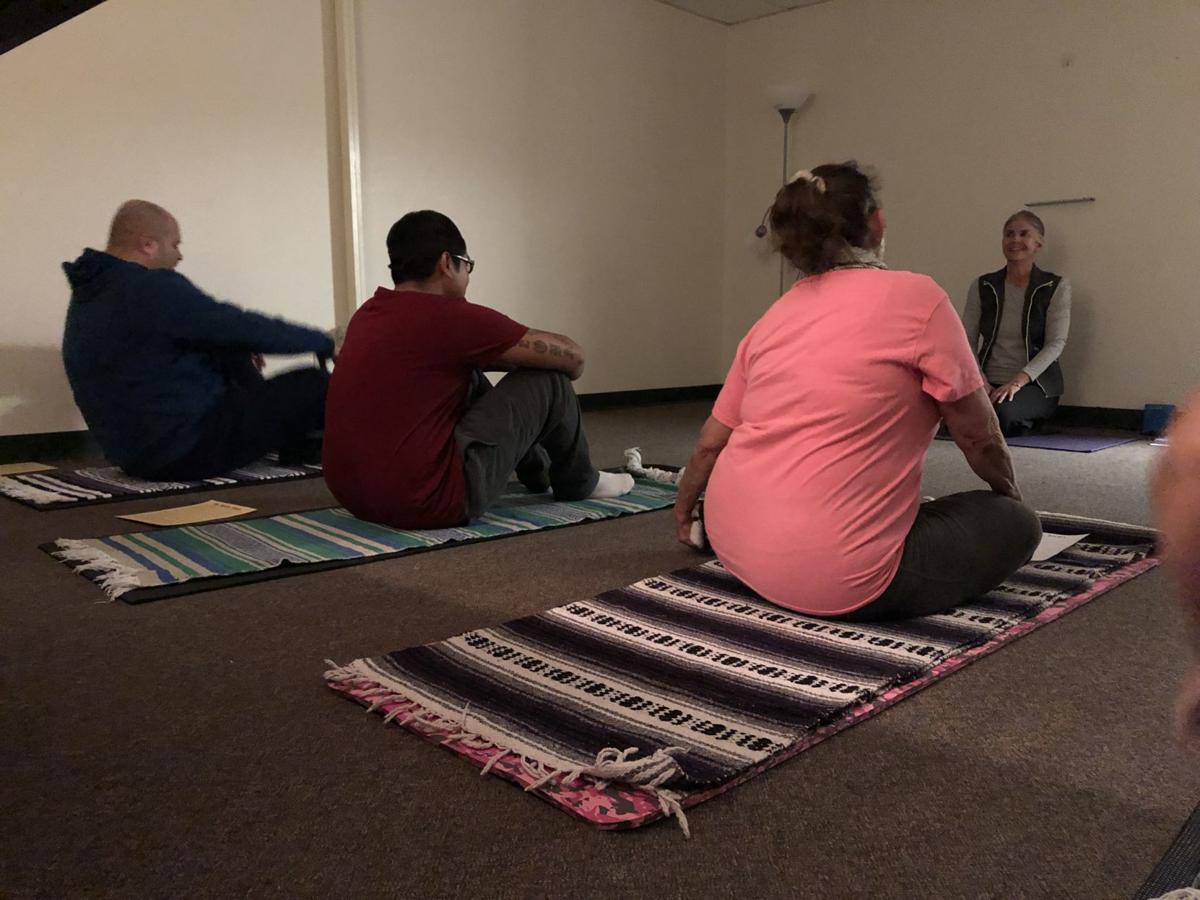 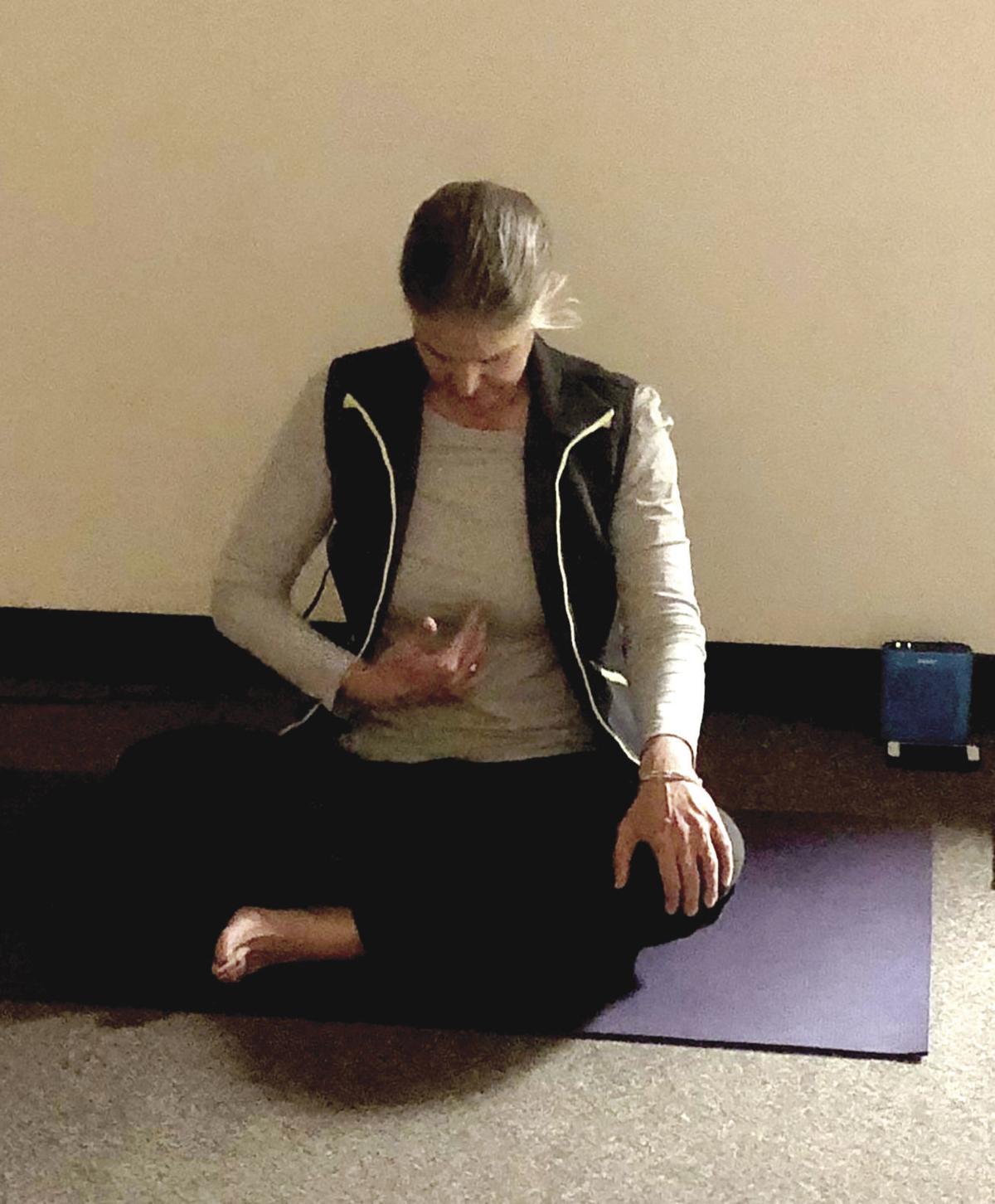 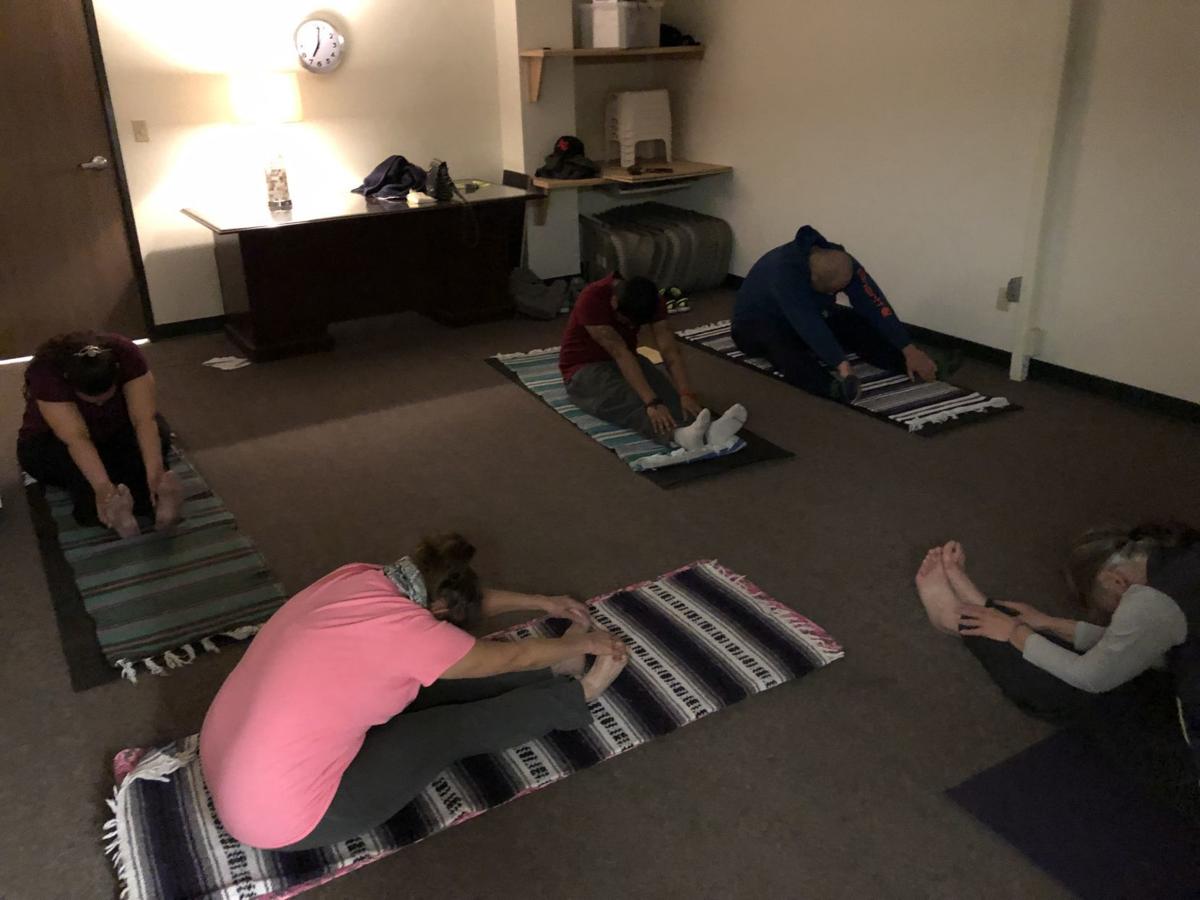 Jacki Gaylor of Casa Grande, right, leads a session of Y12SR, which is designed to combine “the wisdom of yoga with the practical tools of 12-step programs” for people trying to overcome addictive behaviors.

Jacki Gaylor of Casa Grande, right, leads a session of Y12SR, which is designed to combine “the wisdom of yoga with the practical tools of 12-step programs” for people trying to overcome addictive behaviors.

Twelve-step programs have been helping people overcome addictive and compulsive behaviors since Alcoholics Anonymous was founded in the 1930s. The 12 steps aim to condition the mind for healthier behaviors and heal the spirit by acknowledging and asking for help from a higher power.

But something is missing from this approach — the body.

An addict in Indiana named Nikki Taylor returned to school, co-founded a business and co-authored a patent after completing a 12-step program. After eight years in recovery, she relapsed. She abandoned the 12-step program and tried to get better with yoga. After four years she relapsed again and realized “there had to be a union between the cognitive approach to addiction recovery offered by 12-step programs, and the somatic approach to healing offered through yoga.”

So in 2004 Taylor began Y12SR, or Yoga of 12-Step Recovery, and it has since spread across the country. Regular meetings are held in more than 40 states, including Arizona. In Pinal County, Jacki Gaylor leads a small group at 1895 N. Trekell Road in Casa Grande on the second and fourth Tuesday of each month.

“The issues are in our tissues,” Gaylor often tells her class.

“It’s true,” said Victor, one of four addicts participating in a session in January. “Our thoughts and emotions affect our physical self.”

Pinal Ways attended the class and talked to participants, who, as addicts, agreed to be interviewed on the condition that they be identified only by their first names. The class is held in a small, spartan room in an old office building. With yoga mats, it’s hard to imagine more than seven or eight people fitting.

Gaylor, the teacher, has been in recovery for 23 years for overeating. “Food is like a drug,” she said. Victor’s problems included methamphetamine and marijuana. Victor’s friend Jesus, attending for the first time, has used methamphetamine, marijuana, inhalants, cocaine and “spice,” which is a synthetic cannabinoid. Kathy struggles with “sugar” and “other drugs.” Pam said food “is definitely one of mine (addictions)” and mentioned she is the child of an alcoholic. At least one other regular was ill and not able to attend.

Victor has been attending Y12SR for about six months, since he saw a flier at another 12-step meeting.

“I had thoughts about wanting to add something different, and yoga and 12-step, ‘Wow, that’s two in one,’” he said. “It’s perfect for what I’m looking for. I’m committed, and I know this was meant for me. It’s proven itself. It’s made me a better person.”

Although Y12SR is meant to complement the 12-step programs offered by organizations such as AA and not replace them, Kathy and Pam are not participating in another 12-step program, although Kathy has in the past. They find Y12SR gives them what they need to stay clean.

“It helps you to get in touch with yourself. I miss (class) when I don’t make it,” Pam said.

The first part of Gaylor’s class is dedicated to a 12-step discussion, with each month focused on one particular step.

The 12 steps, written by AA founders Bill Wilson and Bob Smith, are rooted in Christianity. The first step is to admit you are powerless over alcohol, and that your life has become unmanageable. The second step is to believe in a higher power (God) that can restore you to sanity. Much as the Bible asks Christians to spread the Gospel, the last of the 12 steps is to experience a spiritual awakening and to carry AA’s message of hope to other alcoholics. In more recent years, the steps are sometimes rewritten to include addictive behaviors other than alcohol and to broaden the spiritual message to attract people who don’t believe in God.

Gaylor has been practicing yoga for 15 years, teaching it for four years and leading Y12SR classes for more than a year. During the second part of class, she leads the students through a yoga routine.

“Yoga has changed my life. It’s just given me the alignment of my physical, spiritual and emotional bodies,” Gaylor said. “When I bridged yoga with the 12 steps, things really took off for me.”

Yoga is not as easy to define as it looks. It is, according to the nonprofit Yoga Alliance, “a system of techniques and guidance for enriched living.” There are different types of yoga, but they usually involve putting the body through a series of poses and stretches while focusing on breathing in an attempt to bring the mind and body into alignment.

“One of the first things I noticed is I’m sleeping well,” Victor said. “My mind would be racing, and I have noticed that it doesn’t now. I can fall asleep.”

Jesus attended his first class in part because a video game he played showed characters who, while doing yoga, said that “sometimes if you stretch a certain way, they say you’ll start weeping.”

“A release of emotion,” Kathy said. “That does happen.”

At the end of Gaylor’s class, there is a period of silence for meditation, meant to quiet the mind and reinforce the alignment of mind and body. The participants then leave feeling refreshed and reinvigorated to resist the temptations of booze, drugs, overeating or whatever other demons stalk them.

“It makes me feel good that I’m doing something positive for my physical body, along with the stilling of the mind,” Kathy said.

“It is,” Gaylor said, “another tool in addressing the disease of addiction.” | PW