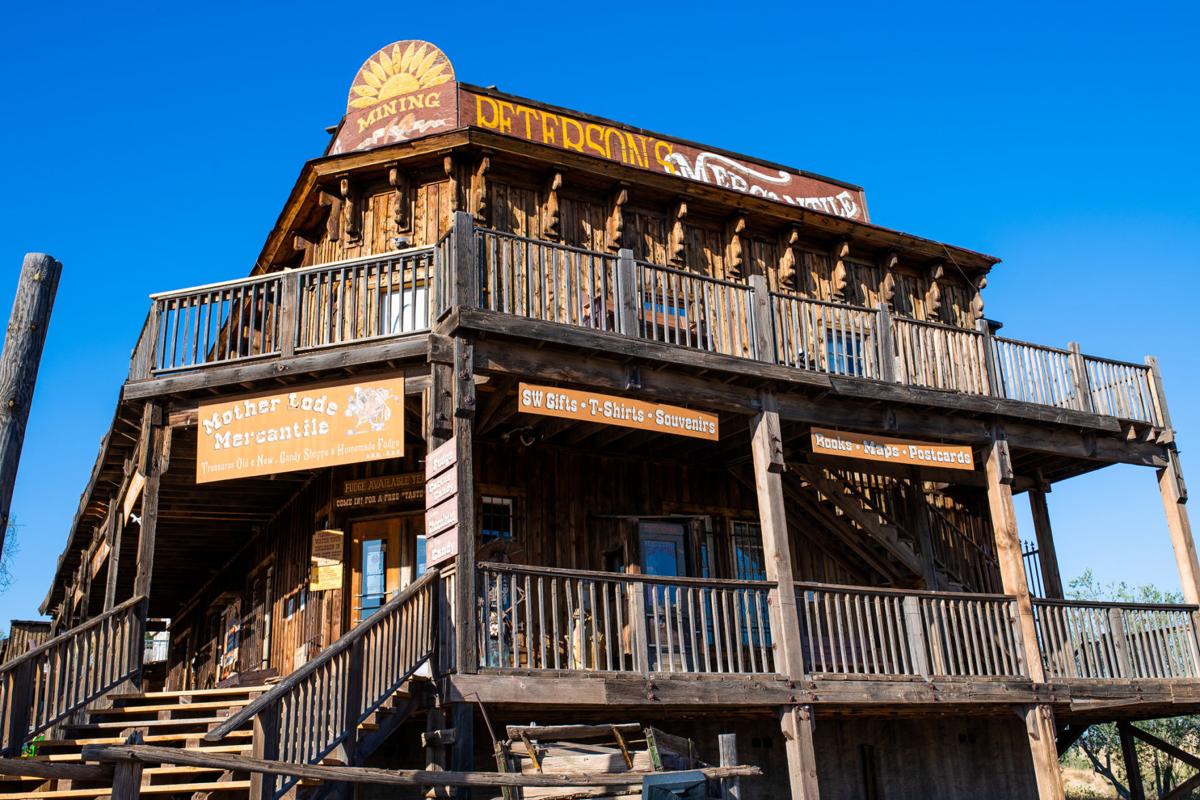 Goldfield Ghost Town is a popular tourist destination located in Apache Junction. But the town wasn’t always that. Originally a mining community that died off, the town was revitalized as a tourist attraction by Bob Schoose more than 30 years ago. 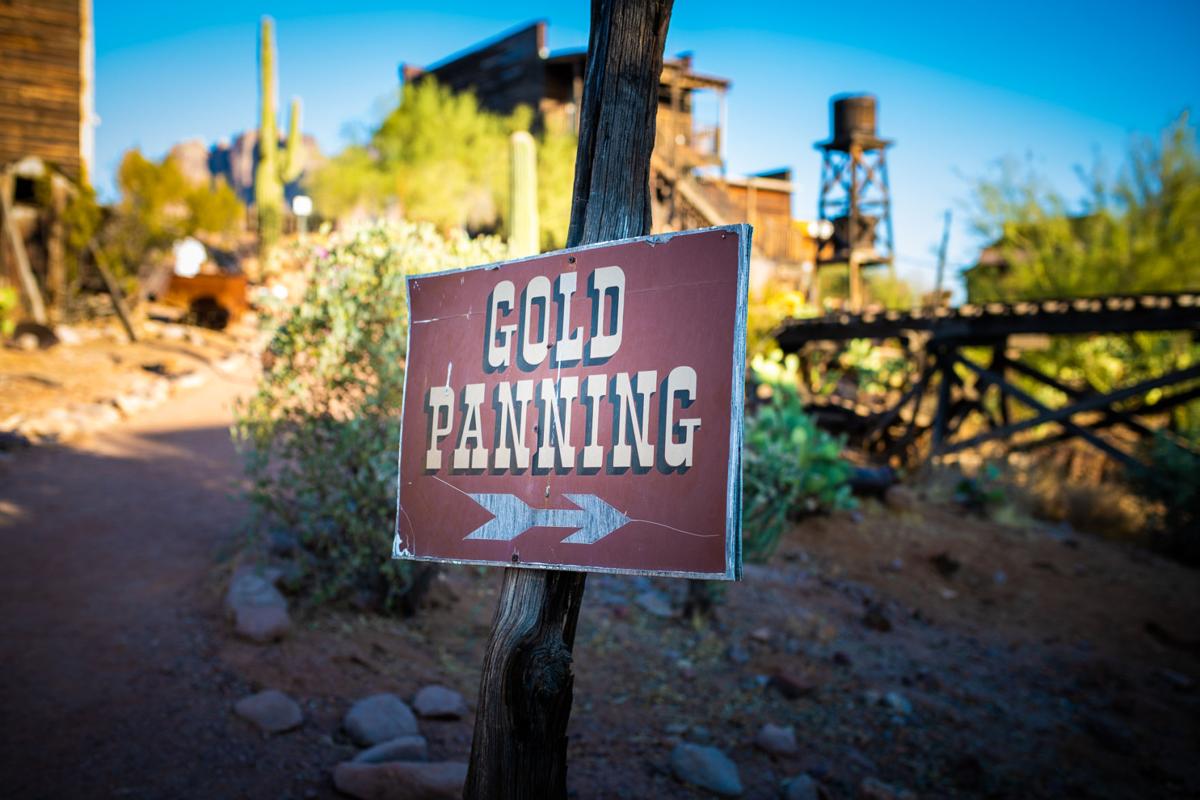 Gold panning is just one of many activities visitors can enjoy on their trips to Goldfield.

Goldfield Ghost Town is a popular tourist destination located in Apache Junction. But the town wasn’t always that. Originally a mining community that died off, the town was revitalized as a tourist attraction by Bob Schoose more than 30 years ago.

Gold panning is just one of many activities visitors can enjoy on their trips to Goldfield.

APACHE JUNCTION -- Take a scenic drive out through the Superstition Mountains and you will discover a town like no other — a town focused on preserving history and building memories. This is Goldfield Ghost Town.

While now it is dubbed a ghost town, the area was once a thriving mining town in the hills of the beautiful Southwestern desert.

The first Anglo discovery of gold in the area was in the 1860s when a group of about a dozen men were seeking shelter during the winter and resources to make a profit. There, they found gold. This triggered a long history of miners flocking to and from the area, and over the course of time the town grew and dwindled because of that.

The town was worn down to next to nothing when Bob Schoose entered the scene. Schoose had spent his entire career up to that point in the construction and land mining industries, which positioned him perfectly to take on this project.

“I loved those jobs,” he said. “There was a lot of fun and a lot of learning, but I wanted something more stable.”

He said he thought tourism would be a good business to get into, especially since he loved the idea of saving history. But he had his work cut out for him, and he would need to tap into everything he had learned from his previous jobs.

Although Goldfield Ghost Town is technically a corporation, Schoose spearheaded the revitalization efforts more than 30 years ago. He said he didn’t borrow a single penny to get the project off the ground; instead, he invested all his savings.

Schoose said throughout the difficulties — and there were many — he never thought about quitting, mainly because he knew how much he had to lose.

“I stuck with it because I had to,” he said. “I had more investment in it than any other person.”

Now, Goldfield Ghost Town is a hit destination for out-of-state travelers, school field trips and local weekend warriors wanting to explore the area. Some of the main attractions are a mine tour, a train that guests can ride and a gold panning area as well as a reptile zoo. Their newest attraction is a zip line that allows for sweeping views of the Arizona desert landscape.

The town boasts various shops for people to browse, including the local mercantile and fun historic buildings like a jail, church and cemetery. When you need a rest, all you have to do is take a walk up to the salon to grab a bite to eat or wet your whistle.

“It just grew and grew,” Schoose said. “People just wanted to be part of it.”

Despite that, Schoose said he is not concerned. He said he has faced opposition over the years and has made it through, and this is no different. This old-school town follows the old-school business ideal that everything will work in the end. In fact, Schoose said Goldfield does very little marketing and advertising. He said they rely mostly on word-of-mouth.

When asked if he plans to change his business model in reaction to COVID-19, he laughed and said, “Well, I’m not the kind of guy who has a business model.”

Resilience. That is his focus, and that is what has carried him on throughout the years. He said everything has worked out in the past, and if he could go back and do it all over again, he would.

The love he has for the town he created is evident in the way he proudly talks about it and walks around the area. But it is really the love for the people that keeps him going strong.

“It is the best thing to see a kid panning for gold and their eyes light up when they find some,” he said.

For those who want to delve deeper into the history of the ghost town, Schoose has a published book called “Goldfield Boom to Bust” that goes into greater detail about the origins and making of the town.

Goldfield Ghost Town is located at 4650 N. Mammoth Mine Road in Apache Junction. It is open from 10 to 5 every day of the week. PW