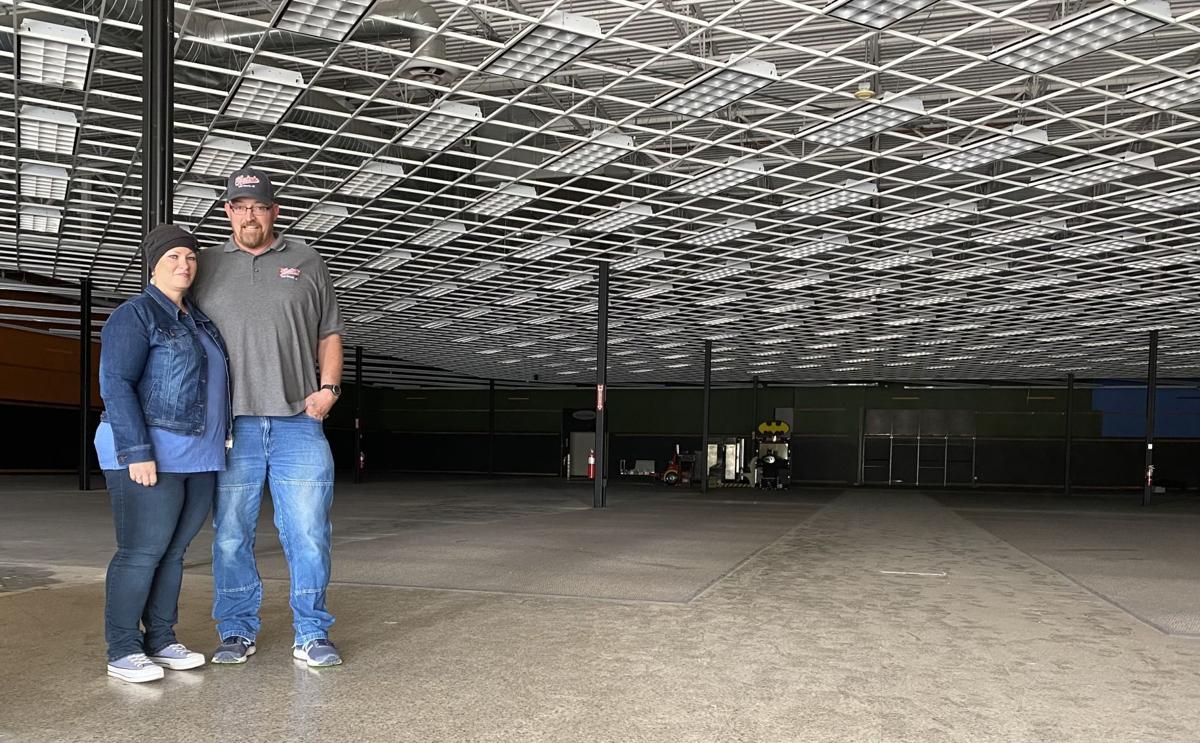 Kelsey and Peter Redwine stand inside a vacant retail store in Casa Grande that they plan to transform into a place of fun and games, with a roller rink, arcade games, ax throwing, laser tag and other fun. 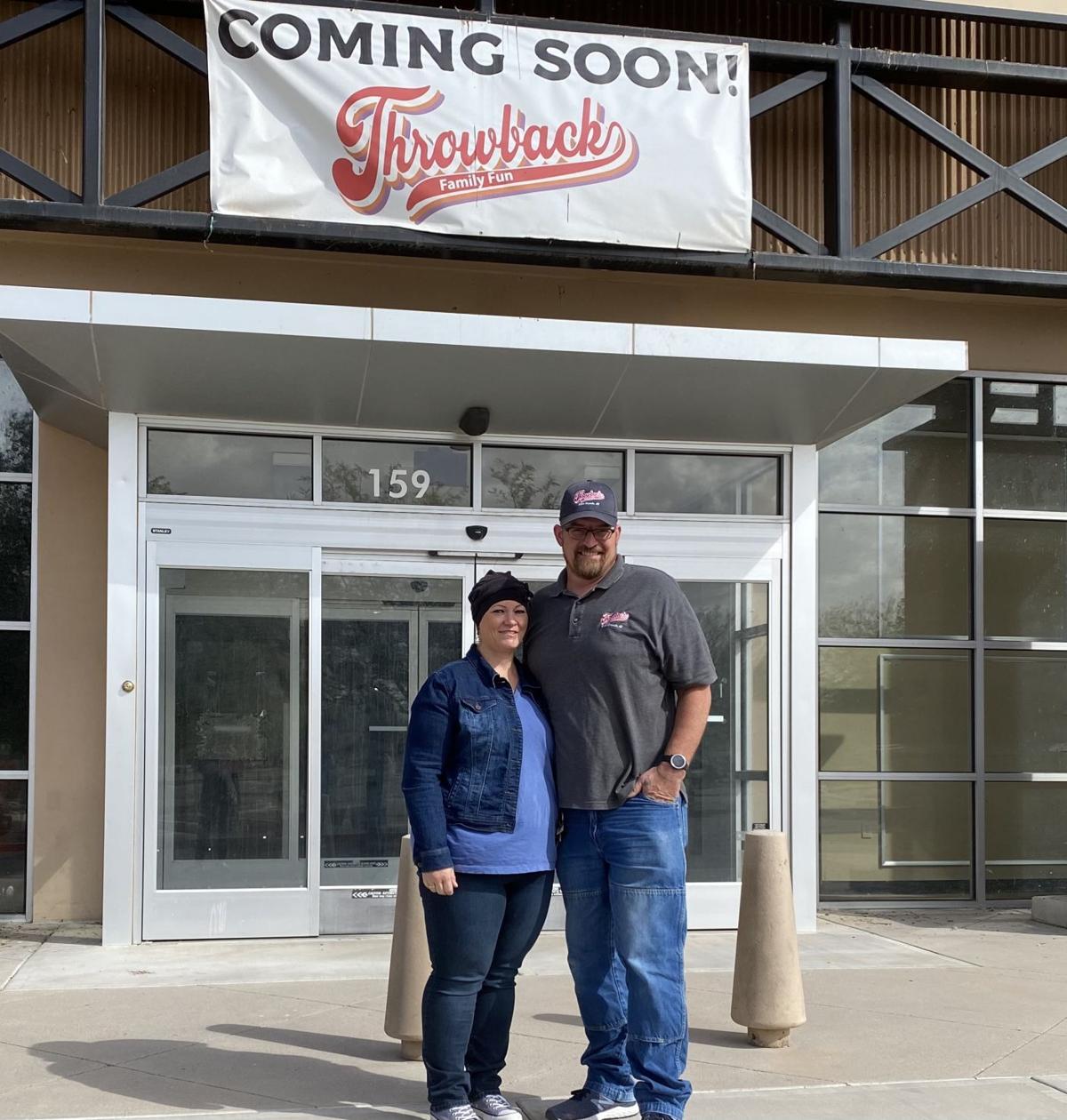 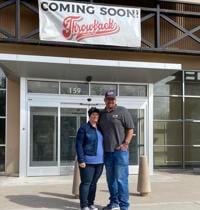 Kelsey and Peter Redwine stand inside a vacant retail store in Casa Grande that they plan to transform into a place of fun and games, with a roller rink, arcade games, ax throwing, laser tag and other fun.

CASA GRANDE -- For a few years, Kelsey and Peter Redwine have been on a mission to bring a good old-fashioned family fun venue to Casa Grande. And they’re on track to open their new entertainment venture, Throwback Family Fun, in the spring.

Throwback Family Fun is to include a roller skating rink, miniature bowling, laser tag, video game arcade and an ax-throwing game, all housed within a 40,000-square-foot former Sports Authority store in The Promenade at Casa Grande shopping center.

“People are excited for us to open,” Peter said. “It’s not a quick process to open a facility like this. It takes time to build something great.”

The idea to create a gaming and entertainment facility was formed when the Redwines’ children were teens looking for something to do in Casa Grande.

They first looked into what it would take to convince an established entertainment business like Amazing Jake’s, Main Event or Dave & Busters to open in Casa Grande.

“Casa Grande doesn’t have nearly a large enough population for these businesses to come to town. Some of them need a minimum of half a million people to consider opening — Casa Grande has a population of about 50,000,” Peter said. “So we decided to build something new from scratch.”

The Redwines began researching and putting together ideas for building something new. They drafted schematics, a business plan and a funding proposal. About 30 area residents invested in the venture.

Earlier this year, they secured a former retail store to house the new gaming center and began to search for bank funding to begin work. Then COVID-19 hit.

“For a while, bank loan applications weren’t being processed,” Peter said.

The delay prompted the couple to briefly step back from the project they’d been working on for more than two and a half years.

“We had more time to focus on family and think a little bit more about exactly what we wanted for Throwback,” Kelsey said.

The couple used the COVID-19 downtime to consult with industry experts, fine-tune plans for the facility and make progress on its site plan and city permits.

They expect Throwback to be fully funded in January and interior construction should begin soon after, putting the facility on track for an April 2021 opening.

When it opens, the facility’s central feature will be a 9,000-square-foot skating rink with a maple hardwood floor.

“The skating rink was what we originally wanted to focus on,” Kelsey said. “Casa Grande needs a nice air-conditioned place for skating.”

Of all the features planned for the facility, Peter said the skating rink has garnered the most excitement from the community.

“We’ve had groups ask us about renting the skating rink for parties and even asking if it would be available for dancing,” he said. “We know people are eager for a skating rink.”

The skating rink will take up about a fourth of the facility space.

When construction to renovate the former retail space begins, walls that separated the sales floor from the stock room will be removed to create one large space.

A laser tag center and mini bowling feature will also be located near the back of the facility as well as a cafe selling food, beer and wine. There will be seating for about 200 people.

Toward the front and center of the facility will be about 62 arcade games and a six-lane ax-throwing attraction.

The idea, Kelsey said, was to create a facility in which families could spend time together. Throwback will also cater to groups looking for a corporate retreat, parties and other gatherings.

Ax throwing is the latest trend in family-centered indoor gaming, according to the Redwines.

“Not only is it fun and something different to do, it’s high profit margin,” Peter said.

Participants in ax throwing stand about 12 feet from a target and, as the name suggests, toss a mini ax toward a wooden piece on the wall.

“It’s competitive and fun,” Peter said. “And it’s safe. We will have an ax master on site monitoring the area.”

When the facility opens, the couple plans to hire about 65 people.

“For an average Saturday, we would need about 56 people to cover five shifts,” Peter said.

As work to create Throwback moves closer to reality, the Redwines say they are excited for the facility to open and to offer area residents a place to relax and enjoy time together.

“We jumped into this venture thinking it would be easy,” Kelsey said. “We envisioned ourselves building some of the features from scratch but there are a lot of intricate pieces to put together. We have a leadership team that has been great at helping us decide even the small things, like do we do payroll ourselves or hire someone to do it for us.”

The couple said they are looking forward to the day when the skating rink is busy, kids are crowded around arcade games and families are relaxing and enjoying time spent together.

“It’s been a tough journey,” Kelsey said. “But when this opens, it will be amazing.” PW