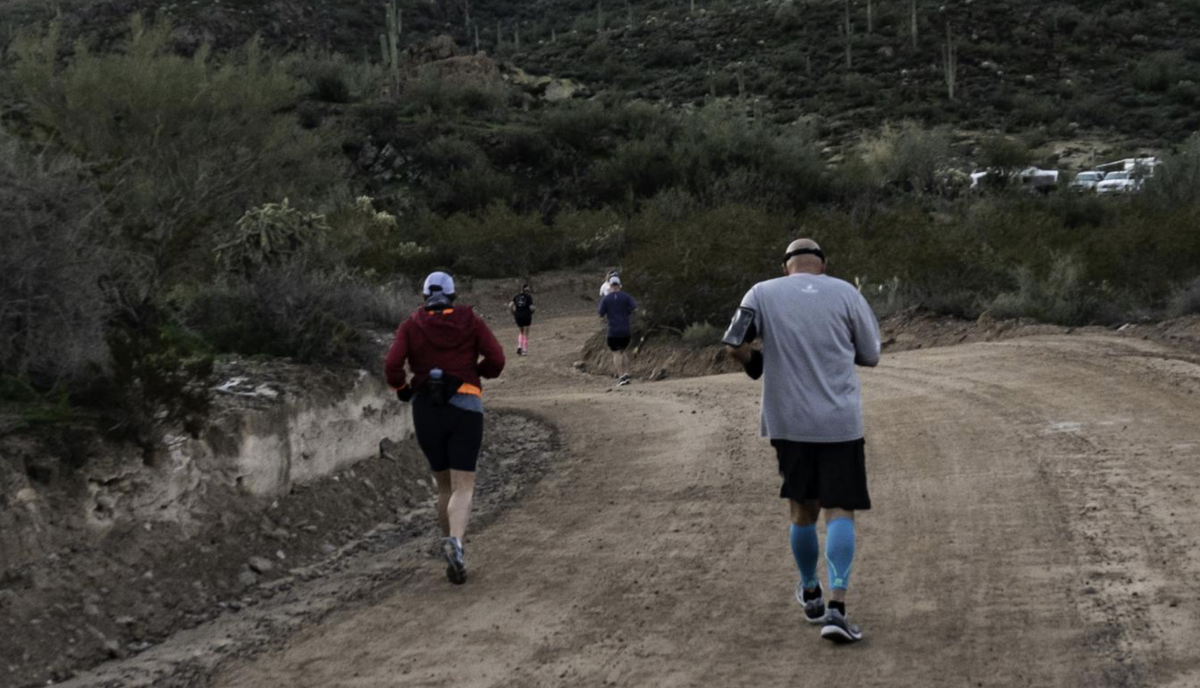 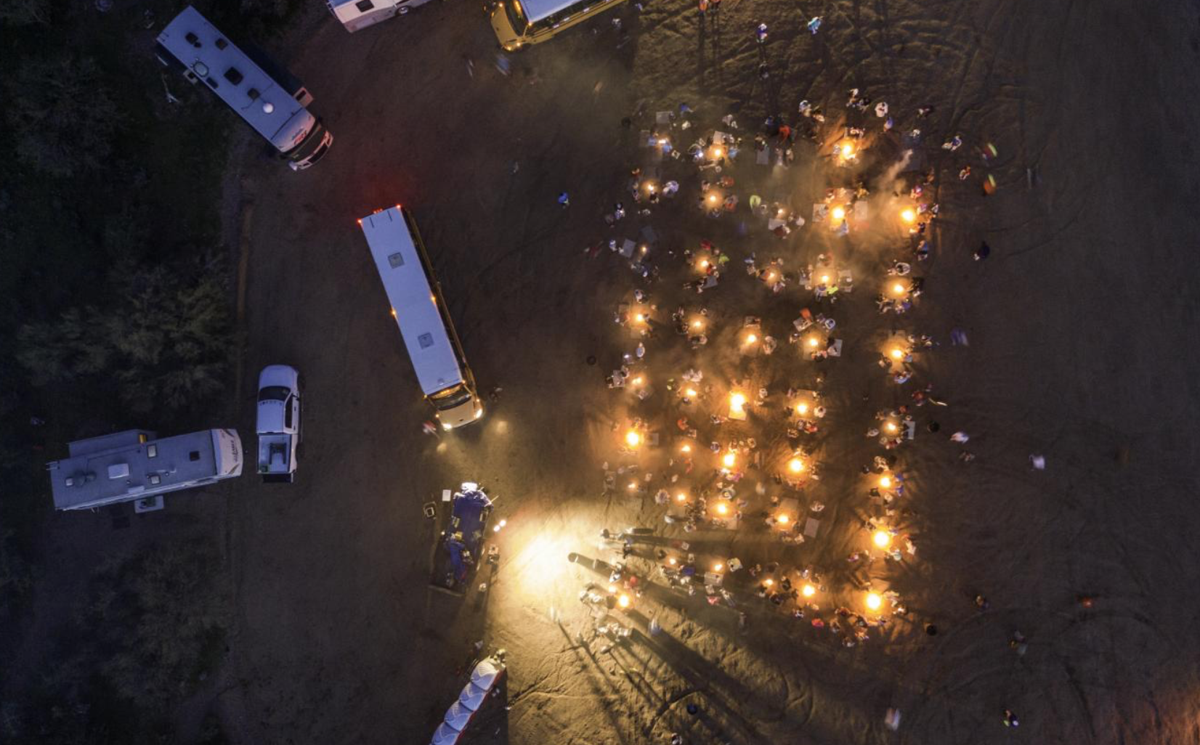 The Lost Dutchman Marathon is known for its scenic views and fire pit starts. 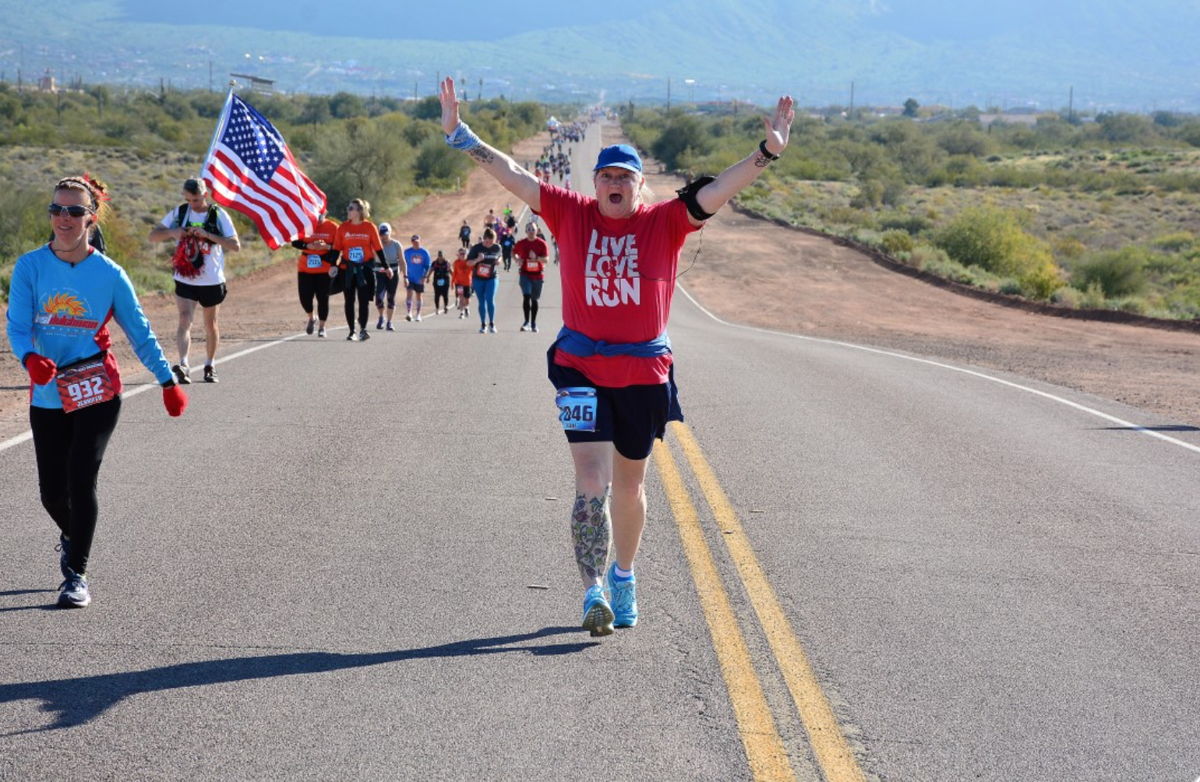 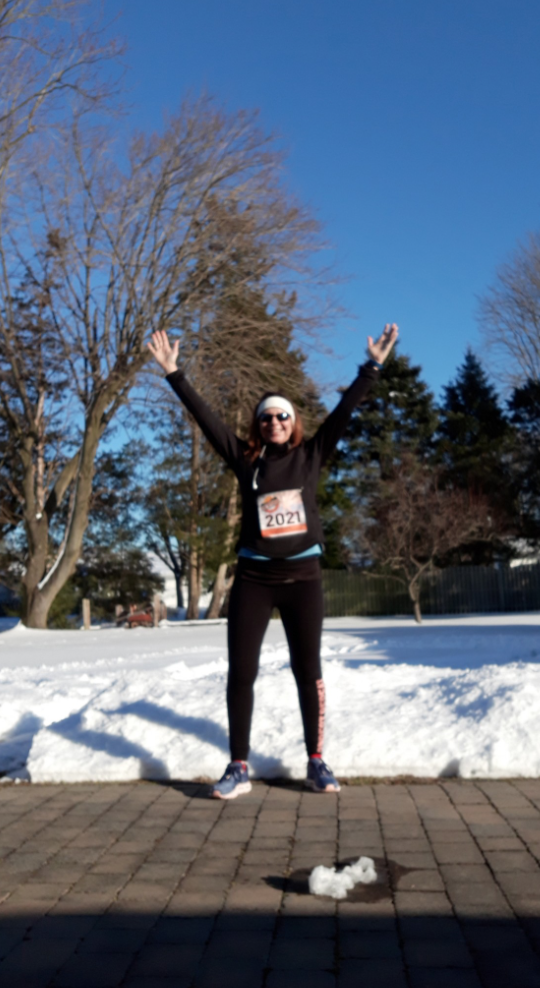 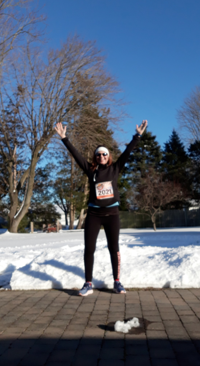 Hosted virtually in light of the pandemic, the 2021 Lost Dutchman Marathon enabled runners from around the globe to participate in this year’s event. 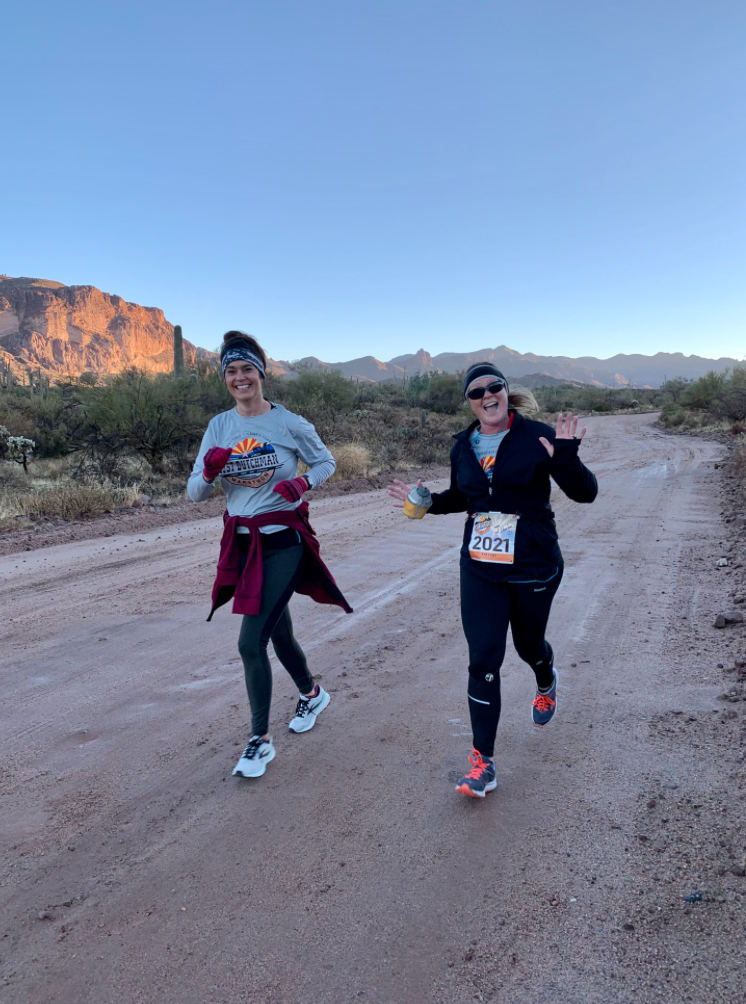 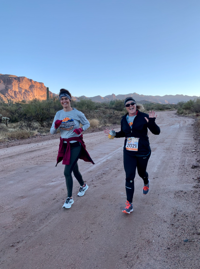 The Lost Dutchman Marathon is known for its scenic views and fire pit starts.

Hosted virtually in light of the pandemic, the 2021 Lost Dutchman Marathon enabled runners from around the globe to participate in this year’s event.

It’s a race marked by scenic routes and fire pit starts with one of Arizona’s most widely recognized landscapes as the backdrop.

Held annually on Presidents Day weekend, the Lost Dutchman Marathon begins at Peralta Trailhead in the Superstition Mountains, winding through Gold Canyon and leading runners onto U.S. 60 for a short distance before running through Apache Junction for a finish at Prospector Park.

The marathon is considered a destination race, with its scenic views earning it a spot among Runner’s World magazine’s 20 Best Little Marathons in the country. And though it might be considered “little” compared to other races, at 26.2 miles, it’s even managed to become a qualifying race for the Boston Marathon.

But what is possibly most interesting about the Lost Dutchman Marathon is that it is organized and run by a volunteer nonprofit that funnels 100% of the proceeds back into the local community.

According to Kristie Falb, race director, the setup is very unusual for a marathon. Races are often overseen by corporations that derive profits from similar events. In some cases, companies may donate a portion of their gains from marathons to charitable organizations or causes.

The case is somewhat different for the Lost Dutchman Marathon, which is supported by sponsors and uses registration fees to raise money for local causes. In addition, the entire organization is operated by volunteers.

“Not a single person is taking a salary or money on (our) board or on the committee,” Falb said.

The marathon was started by Grady McEachern about 20 years ago with the intention of raising money for charity while putting on a quality race for communities in and around northern Pinal County at a time when marathons weren’t quite the mainstream event they are today.

In its early stages, the race started relatively small. But over time, as word spread, the marathon, and its participation, grew substantially.

The 2020 race, held prior to the pandemic, featured nearly 3,000 runners. In more recent years, Falb says registration for the event has completely sold out and volunteerism has grown to encompass approximately 400-600 volunteers each year.

The marathon has also managed to raise significant funding for a host of local organizations. Last year, the nonprofit donated $50,000 to support more than 20 programs out of Apache Junction, Gold Canyon and even in parts of Maricopa County.

“Every year now we’ve been able to give back a lot of money, and it’s always to disadvantaged youth and to groups within school communities that could really use the aid,” Falb said.

While some of the funding raised through the races goes to support programs like Apache Junction Little League and the Superstition Fire and Medical Explorers program, much of the proceeds goes to scholarships for area students in need of financial assistance with pay-to-play fees.

Providing assistance with pay-to-play fees is important, Falb says, because students don’t always have the means to pay those fees, particularly if they are enrolled in multiple sports or come from a family with siblings that are also participating in other sports.

“We don’t think it’s right that any kid should not have the opportunity to be able to participate and have that chance that we know our youth all need as opposed to just sitting inside and being sedentary,” Falb said.

Other programs LDM has supported through race proceeds include Superstition Rotary, which uses the funds for programs targeting area youths, and the city of Apache Junction Parks and Recreation Youth Scholarship Fund, paying for participation in swimming lessons and other parks and rec activities for underprivileged youth.

Every year, the destination marathon attracts local runners and athletes from around the world. The popularity of the event, Falb said, likely has to do with ideal weather conditions Arizona typically experiences during the month of February.

For those interested in participating but unable to commit to the full 26.2 miles, the nonprofit offers other racing options runners can partake in during the same weekend.

“We try to make our race friendly to every person out there and everyone has the chance to participate. It doesn’t matter their level,” Falb said.

As she points out, whether you can run the 26.2-mile distance or walk a 2-mile distance, the LDM event offers something for everyone. In tandem with the marathon, the nonprofit hosts a half-marathon that totals 13.1 miles, a 10K, an 8K trail run and a 2-mile run.

However, changes were made this year in light of COVID-19. Hosted Feb. 6-15, the 2021 Lost Dutchman Marathon went virtual.

The shift wasn’t ideal, Falb said, as the 2021 race also marked the 20th anniversary of the marathon. During the preparation, she said it was unclear whether a virtual marathon would garner the same level of interest among runners, noting that other marathons that made the move reported a drop in participation.

As a result, the organization scaled down registration for 2021, accommodating a need to order medals and awards in advance and minimize the odds of wasteful spending.

“The more that we order and don’t use is less we can give back,” Falb said. But organizers were pleasantly surprised that turnout for the virtual event was high, with registration once again selling out. The change of platform also came with some benefits, as virtual hosting allowed runners that may have been unable to participate before to do so.

According to Falb, that’s even come in the form of global participation, with some runners registering from countries like Sweden and Germany.

But the virtual marathon has presented challenges that may inhibit the nonprofit from continuing the virtual concept post-pandemic.

One of the biggest challenges virtual races present is an inability to verify times. While participants have the opportunity to upload their results, this year’s virtual race was primarily dependent on the honor system, Falb said.

Given the current situation with the pandemic, it’s workable. However, she noted, under normal circumstances, part of being a Boston Marathon qualifying race means results must be officially verified.

Another unexpected challenge this year: Many regular volunteers don’t have much of a role to play.

While the marathon looks to support the community by funneling proceeds back into other local organizations, Falb said it wouldn’t be possible without all the incredible work LDM volunteers do.

There is a lot of work that goes into organizing and operating a race like the Lost Dutchman Marathon, and it encompasses everything from pulling permits so runners can cross the U.S. 60 to hosting an informational expo ahead of the marathon.

One volunteer is even responsible for camping out at the trailhead the night before to set up fire pits and other important elements at the starting point.

“It’s beyond what I could have ever imagined on what goes on behind the scenes of putting on a race until I became a part of it,” Falb said. The volunteers that offer to help in the days, weeks and months ahead of the race all play an important part in ensuring behind-the-scenes operations run smoothly.

As an organization, LDM is entirely operated by volunteers, which even includes the board and Falb herself. Falb began her journey with the marathon as a volunteer coordinator but took over as the president of the organization when McEachern stepped down to focus on personal interests in 2020.

“Part of the thing that keeps (us) going back every year as volunteers and board members is to listen to people tell us that this is their favorite event and they will do it every year because it’s just amazing in comparison to anything else they’ve done,” she said. “For us to be able to put that on as a volunteer group and committee and get that kind of a positive feedback that is far above and beyond other races that aren’t a not-for-profit entity is pretty inspiring and gratifying.” PW