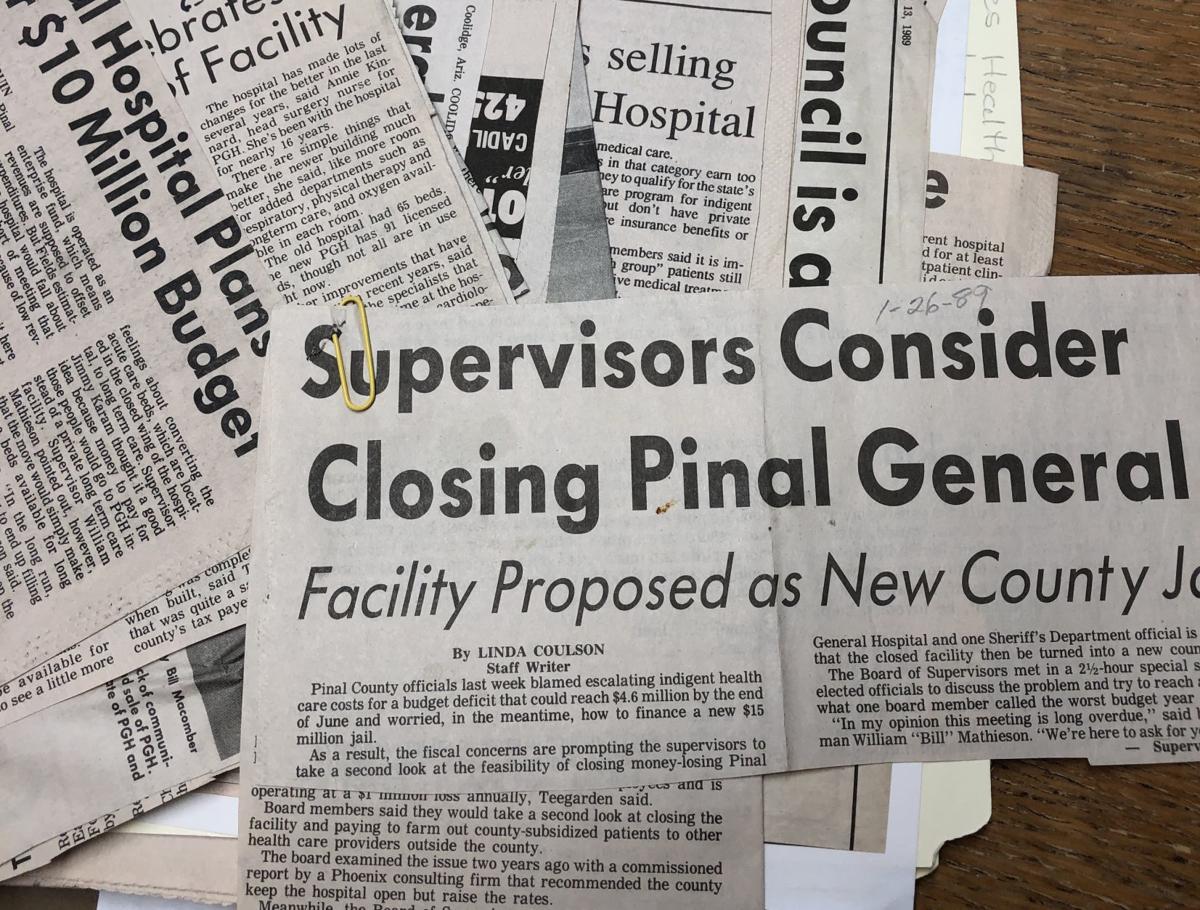 Newspaper headlines about the county hospital in Florence were grim during the late 1980s and early 1990s. 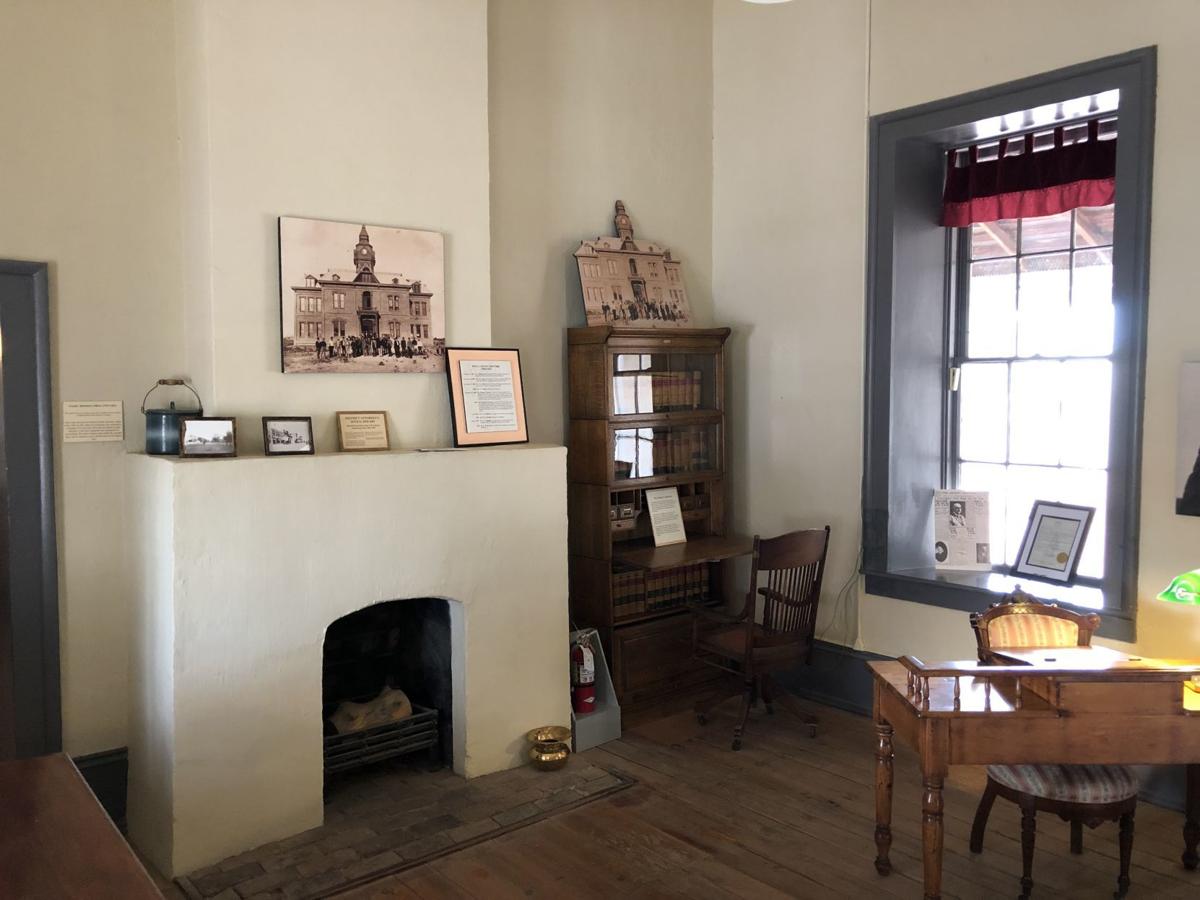 This room in the building at McFarland State Park was used as operating room, obstetrics rooms and examining room when the county hospital was housed there from 1891-1938. 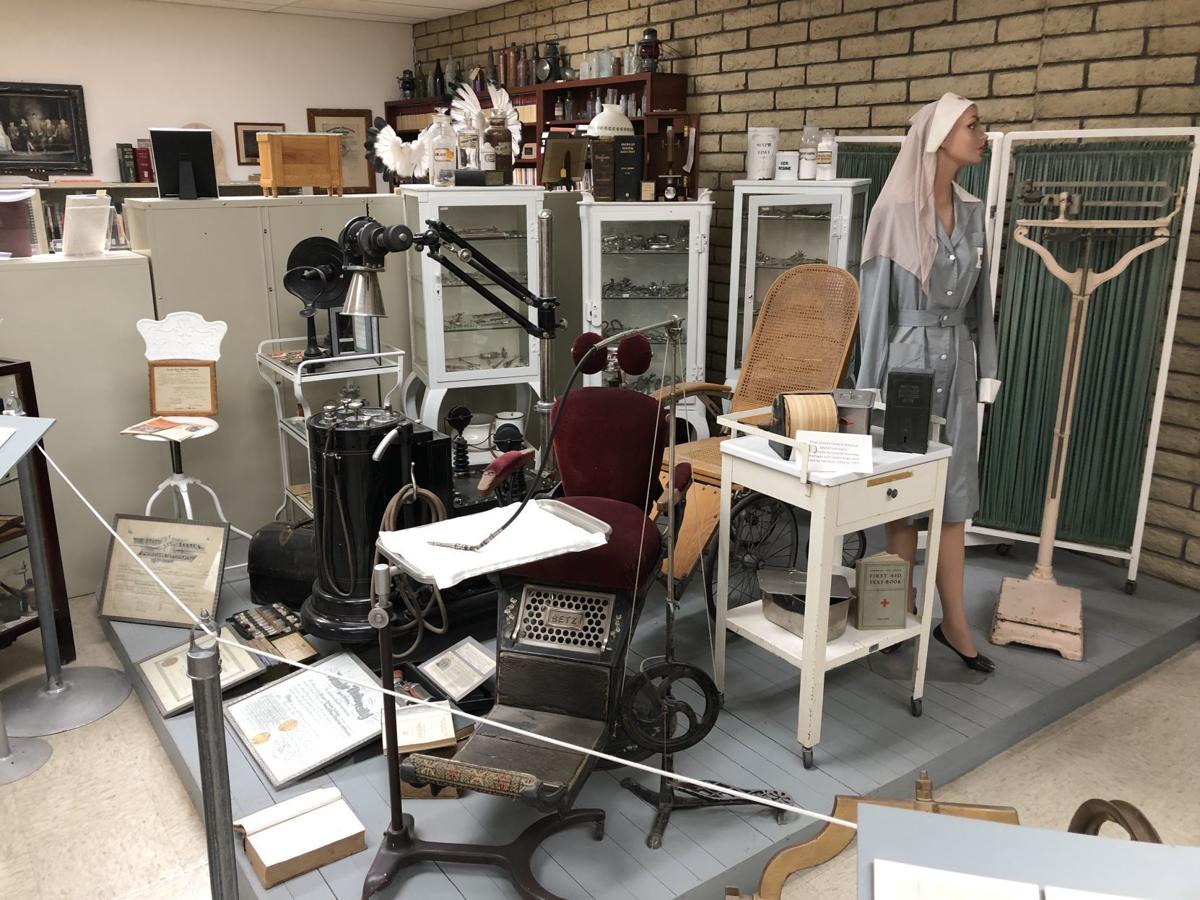 Newspaper headlines about the county hospital in Florence were grim during the late 1980s and early 1990s.

This room in the building at McFarland State Park was used as operating room, obstetrics rooms and examining room when the county hospital was housed there from 1891-1938.

By the late 1930s in Florence, the Wild West era was thought to be over. It had been 50 years since the infamous gunfight in which former Sheriff Pete Gabriel shot and killed his former deputy Joe Phy.

Still, as Dr. G.B. Steward discovered while delivering a baby at the county hospital in Florence, hazards remained for those who lived in the dusty Old West. During the delivery, Dr. Steward noticed a snake crawling under the door at the side of the room. Scared of snakes, he "distanced himself quickly from the immediate area," according to an account written by John Swearengin, former county hospital director and the first manager of McFarland State Park. The head nurse, Beatrice Davis, had been raised on a ranch and had no such fear. She killed the snake and tossed it out the door, and the delivery continued.

No one got bit then, but years later, Florence would seem snake bit in its attempts to keep a functioning hospital in town.

In 1900, Florence had a population of less than 2,000 and it had the county's only hospital. In 2000, Florence's population was 17,000, but it had no hospital. Anyone who needed those services had to travel to Casa Grande or to Maricopa County.

When the hospital, by then called Central Arizona Medical Center, closed on Oct. 1, 1999, it ended more than 100 years of hospital care in Florence.

"It's due to people in Casa Grande running the hospital who are more interested in the almighty dollar than the people in the community," grumbled then-Town Councilman Tom Rankin at the time. "They don't care about Florence. They want all the business in Casa Grande."

For 100 years, though, the county hospital in Florence, operating under different names and in different locations, was a big part of Pinal County's health care history.

Pinal County was created in 1875 by Arizona's Territorial Legislature. The first reference to a county hospital found in documents examined by Swearengin was April 3, 1877, when one of the accounts to be paid was to "S. Carlin for building hospital." The work must have been done on a rented building, because the county hadn't built one yet. In 1883, officials hired William Harvey as the first "county physician." In 1886, the Board of Supervisors passed a resolution instructing the board's clerk to arrange to start a hospital. A building (no address given) was rented from Peter R. Brady, with rent at $20 a month.

Swearengin wrote a history of the county hospital for its 100-year anniversary in 1987. The report was provided to Pinal Ways by the Pinal County Historical Society & Museum in Florence.

In 1889 the board "condemned the original adobe courthouse for use as a courthouse and jail, and ordered a new courthouse be built and the old one converted to a hospital," Swearengin wrote. The conversion was completed in 1891, and that building served as the county hospital until 1938.

No municipal water infrastructure existed, so for years the hospital's water came from a hand-dug well in the backyard. When there were problems, the board hired someone to "wall up the well at the hospital and clean out the bored portion of said well from debris and dead varmin," according to documents Swearengin found. The hospital enjoyed a dramatic improvement in 1912 when it was connected to a sewer line running from the Arizona State Prison through Florence to discharge into the Gila River north of town.

In 1936 the county approved specifications for the construction of a new hospital to serve a growing population. "The Old Hall Place" between Adamsville Road and 20th Street on the west side of Central Avenue was selected as the site. The hospital cost about $86,000 to build and was completed in 1938. At some point it was named "Pinal General Hospital." The former location, where the snake incident occurred, was converted into a public health and welfare center. The building was vacant for a time until it was sold to former Gov. Ernest McFarland at a public auction in 1974. McFarland donated it to the state, and it opened as McFarland State Park in 1979.

THE FALL AND THE AFTERMATH

In the 1980s, the hospital fell on hard times as the health care industry changed. In 1989 county supervisors voted to shut down the psychiatric ward for lack of staff. The hospital was losing about $1.5 million annually, according to an article in the Florence Reminder & Blade-Tribune, and county officials blamed patients who would not or could not afford to pay their bills. Supervisor Roy Hudson told the Reminder at the time, "People don't want to be in a county hospital. The people we get in here are people who can't pay the bill. People who have money or insurance go someplace else."

In 1990 Casa Grande Regional Medical Center struck a deal to buy Pinal General Hospital and changed its name to Central Arizona Medical Center. The financial losses continued under new management, and in October 1999, it shut down. Florence was left without a hospital.

Joe O'Betka, president of the Florence Industrial Development Authority at the time and a former town mayor, called the loss of emergency medicine and surgical care "a serious step backward for the community."

Florence Community Healthcare filled the hospital void when it opened in 2010, but two years later, it closed due to financial struggles. CEO Gary Faulkner told the Reminder the hospital opened in a bad economy "and we were under-capitalized." In March 2012, a second hospital, Florence Hospital at Anthem, had opened. When Florence Hospital at Anthem founder Tim Johns was interviewed after Florence Community Healthcare's closure, he reassured Reminder readers that his hospital was "here for the long term." It ended up in bankruptcy court two times and closed in 2018.

Dallas-based Steward Health Care, a private, for-profit hospital operator, plans to reopen the Anthem hospital later this year under the name Florence Hospital, a Campus of Mountain Vista Medical Center. It will include a 24-hour emergency room, Steward officials said.

Residents hope the hospital keeps the doors open and the snakes out. | PW