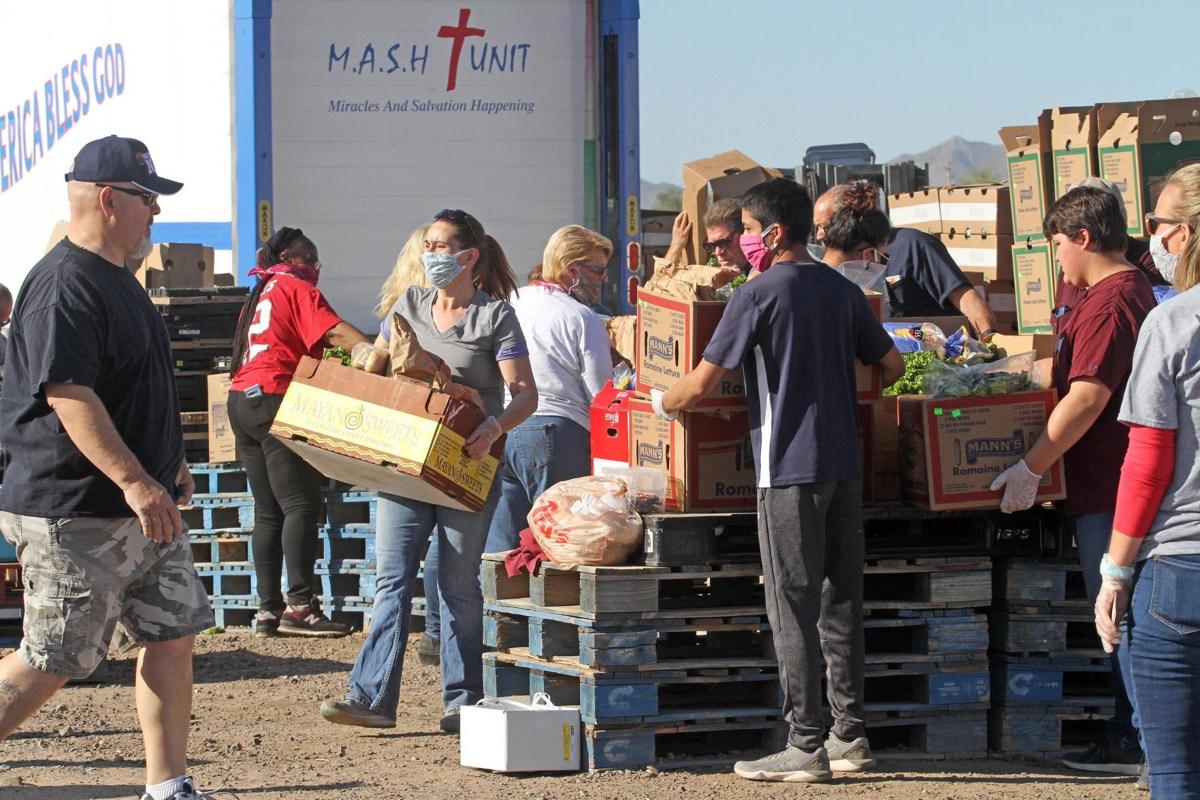 The Maricopa Pantry has distributed up to 120,000 pounds of food since the start of the pandemic. 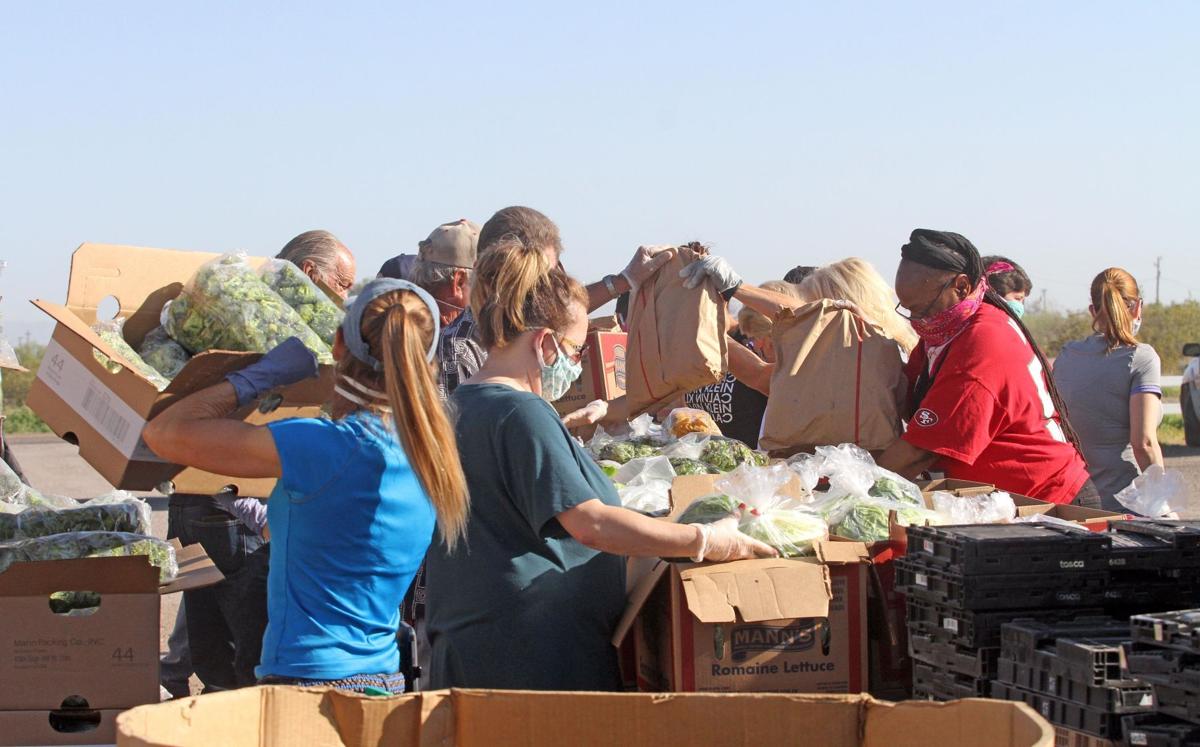 Volunteers at the Maricopa Pantry work hard to meet the demands of a food distribution that took place in early April. 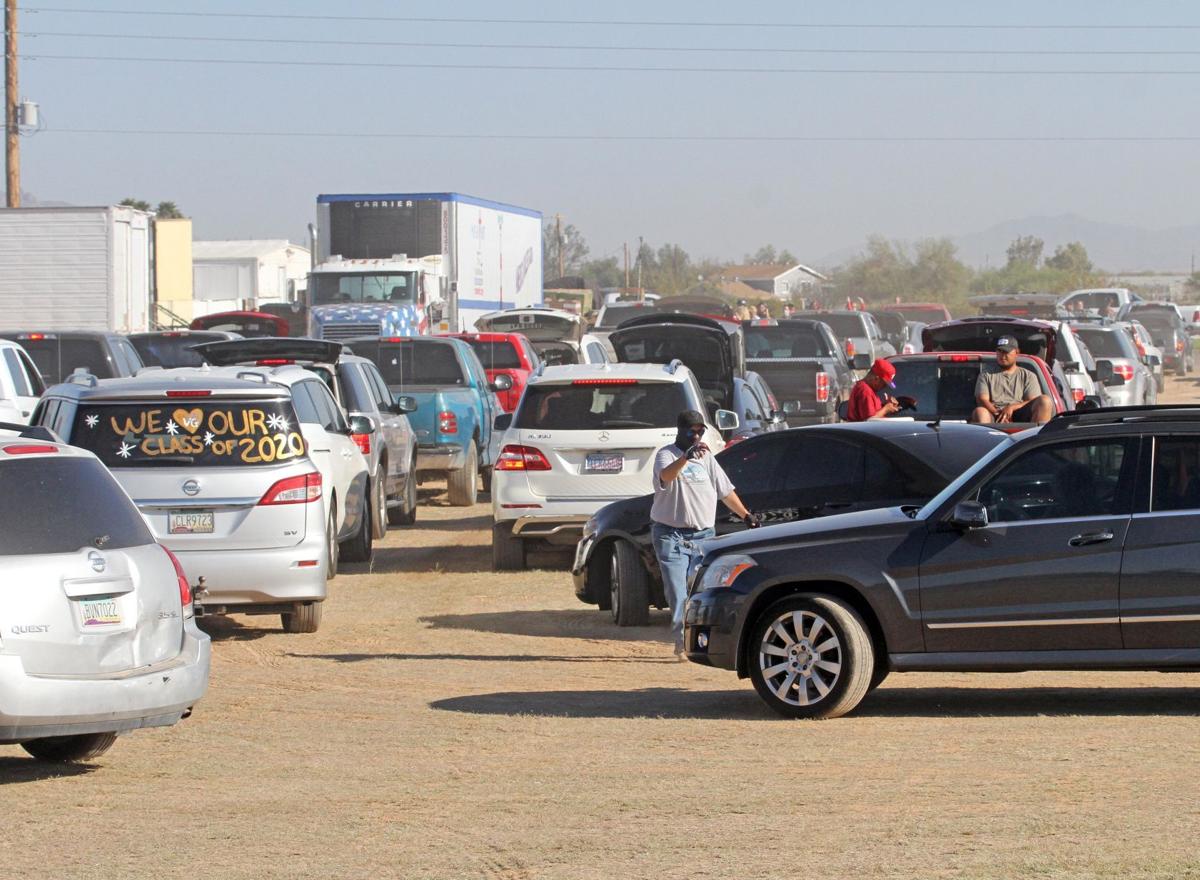 Cars line up for a packed food bank day at the Maricopa Pantry in early April.

The Maricopa Pantry has distributed up to 120,000 pounds of food since the start of the pandemic.

Volunteers at the Maricopa Pantry work hard to meet the demands of a food distribution that took place in early April.

Cars line up for a packed food bank day at the Maricopa Pantry in early April.

MARICOPA -- As if there were storm clouds rising from the horizon, Jim Schoaf could see trouble coming. The reports were coming out of Asia and Europe of a highly contagious virus that was upending entire societies, putting the stability of civilization to the test. In its wake, the coronavirus left behind a great deal of illness, sure, but also unemployment, homelessness and a general uncertainty of how life would go on.

Along with the rest of the Maricopa Pantry, Schoaf immediately got to work preparing for when that virus would get to Pinal County. The pantry is well skilled in doing so, having come to the aid of other parts of the country after they have experienced some sort of crisis. Most notably, they packed up several trailers and made their way to Texas to help get people back on their feet following Hurricane Harvey. And after all, what is a pandemic if not a natural disaster compounded many times over?

However, the scale of what would come to Maricopa, and how much the pantry was needed, far exceeded even the most pessimistic of expectations.

Under normal circumstances, the Maricopa Pantry serves 350-400 families every week at Mountain View Community Church, 50881 W. Papago Road in Hidden Valley. Afterward, they would take the leftover supply and send it to the local women’s shelter and another food bank they run out of Arizona City. It was enough to keep them busy as is.

“I don’t think anybody expected what we had thrown at us,” Schoaf said. “We saw the need, and we felt it, and we did whatever it took.”

But for 17 straight weeks, the Maricopa Pantry was able to meet those needs head-on. Not only that, they expanded operations to seven days a week, bringing food to wherever it’s needed and to whomever can’t make it to the big weekly distribution. They had to take a week off in August to work on a walk-in freezer, but then they were getting back to work.

The pantry was lucky enough to have just signed supply deals with several organizations that could help meet growing demand, including Midwest, St. Mary’s and MASH food banks. Had the virus come a couple months earlier, there is no telling what might have happened, since the previous contracts had expired. Schoaf, the pantry’s founder and CEO, also purchased a large refrigeration trailer just in time.

“I knew we needed more food,” Schoaf said. “So we just started talking to people and working with people. I have a pretty good system, so I can probably get food any time I call, up to 40,000 pounds. Sometimes I have to pay for it, sometimes I don’t.”

This system worked out so well, actually, that the pantry was called to help out in other places, including one of the country’s most hard-struck areas — the Navajo Nation. They were given two weeks to figure out how that was going to work, and then they shipped 15,000 pounds of food up north.

They did this while knowing full well there was a risk of having all those people together in one spot. But Director of Development Jennifer Connelly quickly got a plan together to operate a drive-thru food bank as safely as possible. Everybody wore gloves and masks, and families were told to have a sheet of paper with their information and needs on it, and to just put it up against the window to minimize the amount of contact with those outside. The food was then delivered to the family’s trunk.

Then there are the other costs that come from a sharp increase in demand. The pantry’s fuel costs went from $100 to $500. Their electric bill tripled. All the while, donations from individuals have dropped. And yet somehow, partly due to Maricopa businesses stepping up to help and partly with a can-do attitude for the ages, the food got delivered to everyone who needed it.

“It just works,” Schoaf said. “I can’t tell you how it works. If I sat down to think about it, I’d say there’s no way we could pull it off. But we did. We just trusted, and did what we thought was right.”

All this wouldn’t be possible, of course, without a group of volunteers always willing to help. These are people who are willing to come out on a hot Saturday and work all day with no shade, all on minimal notice. When Schoaf goes on Facebook and calls all hands on deck, they show up and they meet the need.

Together, they estimate they have hit a million pounds since the pandemic started. Schoaf said this shows the reality of the situation in the Maricopa area, where an outsider might see all the new houses and think this is a wealthy community. But in reality, many people who work in the city are doing so at minimum wage or close to it, and they suffer just as much as anyone else when the economy takes a turn for the worse.

Schoaf doesn’t see things getting much better on the economic front anytime soon, particularly when the eviction ban is lifted and people have to start paying rent again. But even if it does, the Maricopa community has shown it’s ready to band together to take on the challenge.

“If you come to my food bank, you will see that everybody there has a servant’s heart,” Schoaf said. “And we’re here to get people through this pandemic no matter what. We’re gonna still be standing when it’s over, because we’re not going to quit. And everybody who works for us has that heart. We talk to them all the time, and everybody is ready to be there at the next distribution.” PW

I ’ve always viewed the fall as the start of new beginnings. Growing up in Northern Californ…

Though there has been plenty of news lately about large-scale corporations moving to Pinal County, the economy is still highly dependent on sm…

FLORENCE -- At the Windmill Winery in Florence, the grapevines, barn and farm-like setting provide a rustic backdrop for happy brides celebrat…

FLORENCE -- W illiam “Mac” McWilliams visited the Windmill Winery one day while he was looking for a house to buy in Florence. The 79-year-old…

CASA GRANDE -- It’s become one of the hottest Mexican food restaurants since coming to Casa Grande over a year ago.