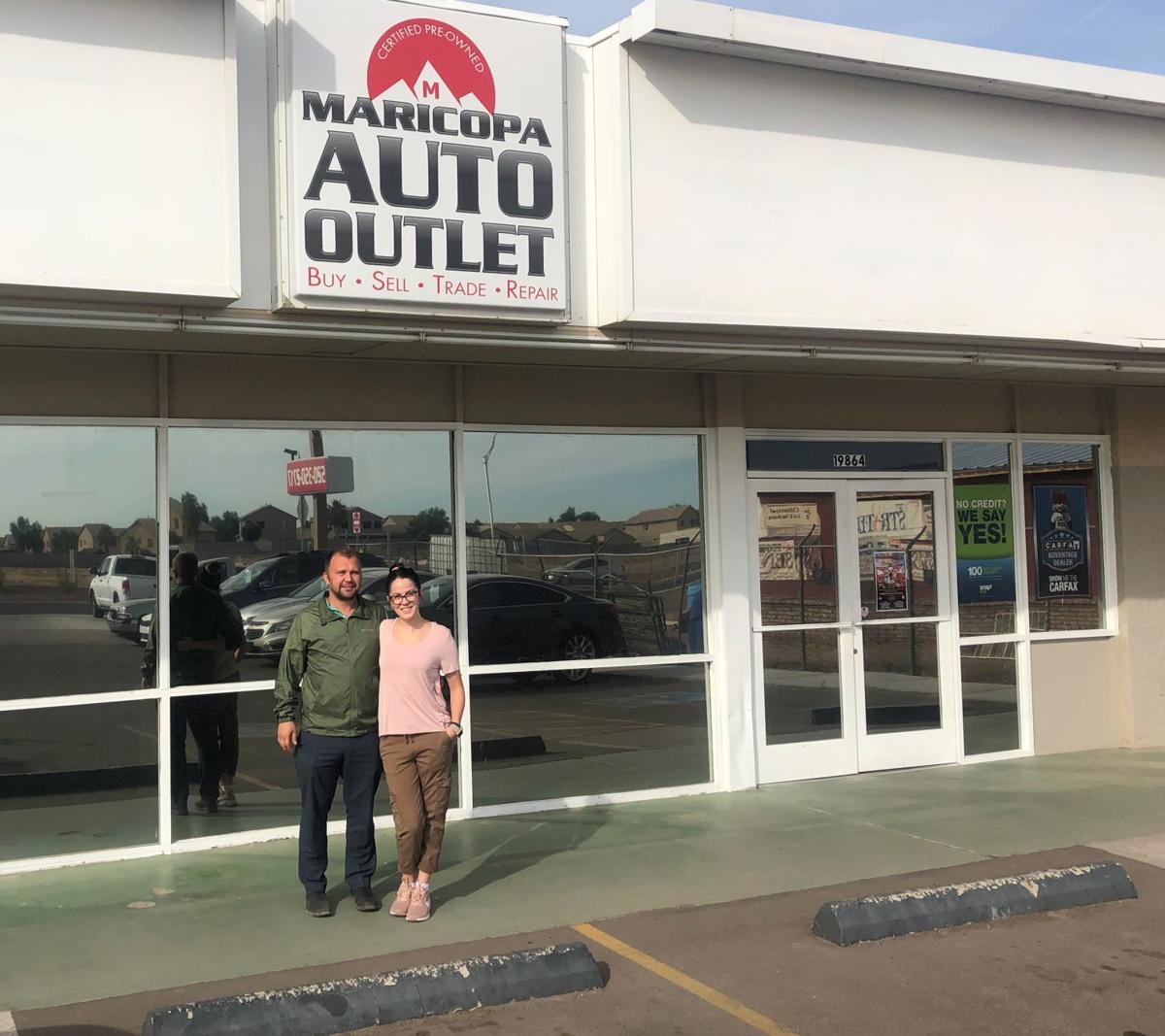 Roman and Haley Bylkov have expanded with the growth of Maricopa. 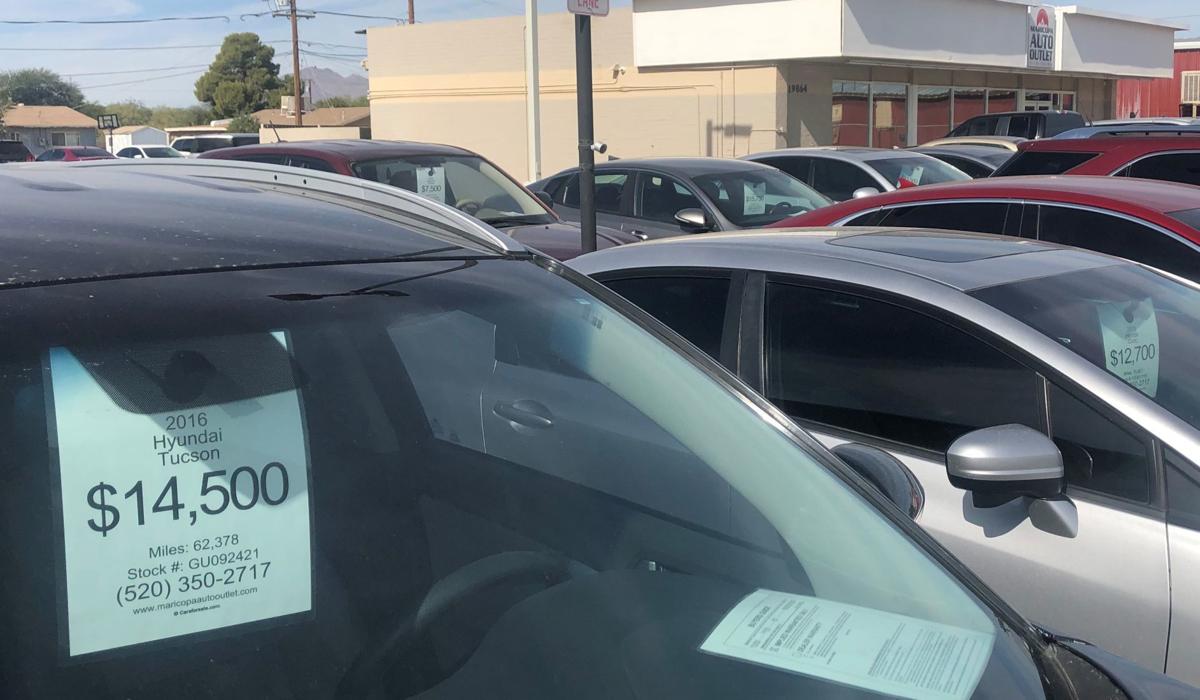 The Bylkovs hang prices inside the cars. 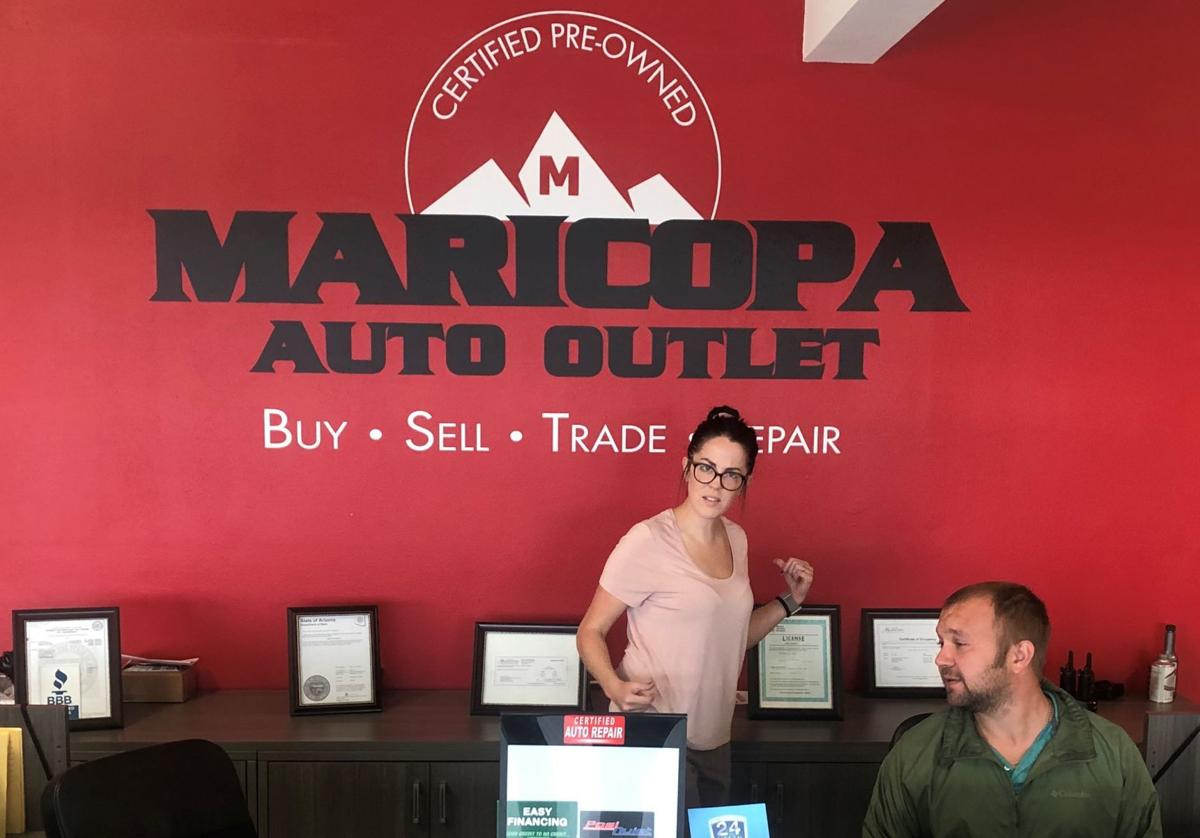 Roman and Haley Bylkov have expanded with the growth of Maricopa.

The Bylkovs hang prices inside the cars.

B uilding a relationship with the local community can be tough for any business, especially a car dealership.

Car salespeople typically rank with lawyers, politicians and journalists as the professionals least trusted by Americans. Roman and Haley Bylkov, owners of Maricopa Auto Outlet, have seen it often during the time they’ve operated the used car business at 19828 N. John Wayne Parkway.

“People have a bad taste in their mouths,” Haley said. “They have trust issues over past experiences. A lot of people come in and they’re ready to fight.”

But there’s no fighting at Maricopa Auto Outlet, and customers aren’t greeted by a fast-talking salesman rubbing his hands together.

“We are here to assist,” Roman said. “Our mentality is to help people get into cars. We are not ‘selling.’ We want to work with them to find the right option.”

Roman attended the University of Alaska-Anchorage as an exchange student from Russia. He did not have a work permit, so he was not allowed to hold a job. However, there was no restriction on him buying and selling cars, so that’s what he did.

“I’ve been in the car business my whole life,” Roman said. “I have a passion for cars.”

Roman met Haley, now his wife, while in Alaska. Haley had family in Maricopa, so they moved there in 2012. Roman became a U.S. citizen in 2017.

The Bylkovs started the business as a wholesaler in 2013 on the 15,000-square-foot lot next to its current location. In February 2015 they began retail sales with an inventory of three cars, and they added a service business in 2015.

“It was hard to have more than one customer at a time” on the small site, Haley said.

Last year the dealership took over the empty Circle K convenience store next door. The total property size increased to 45,000 square feet. The Bylkovs redid “all the guts, the electrical and the flooring,” Roman said, and now they have plenty of space.

The number of cars for sale on the lot has grown to between 40 and 50. The service business added a complimentary shuttle for customers.

“The whole business took off with expansion,” Roman said.

The Bylkovs have also taken advantage of the internet as a sales tool, advertising on sites such as Cars.com. They ship cars to customers in other states. Once a man in Washington picked out a Maricopa Auto Outlet-owned car online. He had a friend who lives in Maricopa test-drive it, then bought it over the phone.

“We have a good reputation, and good reviews help people to trust us,” Haley said.

While the internet is great, the Bylkovs’ first goal is the local community.

Even with the business’s growth, “sometimes people are surprised to find we have a car dealership in Maricopa,” Haley said.

In the name of transparency, they put the prices of all their cars around the rear-view mirror, so shoppers can easily see it through the windshield. They offer free advice and car inspections to people buying cars from elsewhere, such as from a private party. They also provide a free Carfax report.

“We want to capture local customers because we live here,” Roman said. “Our goal is to earn the business from the community. That’s our goal and our challenge.”