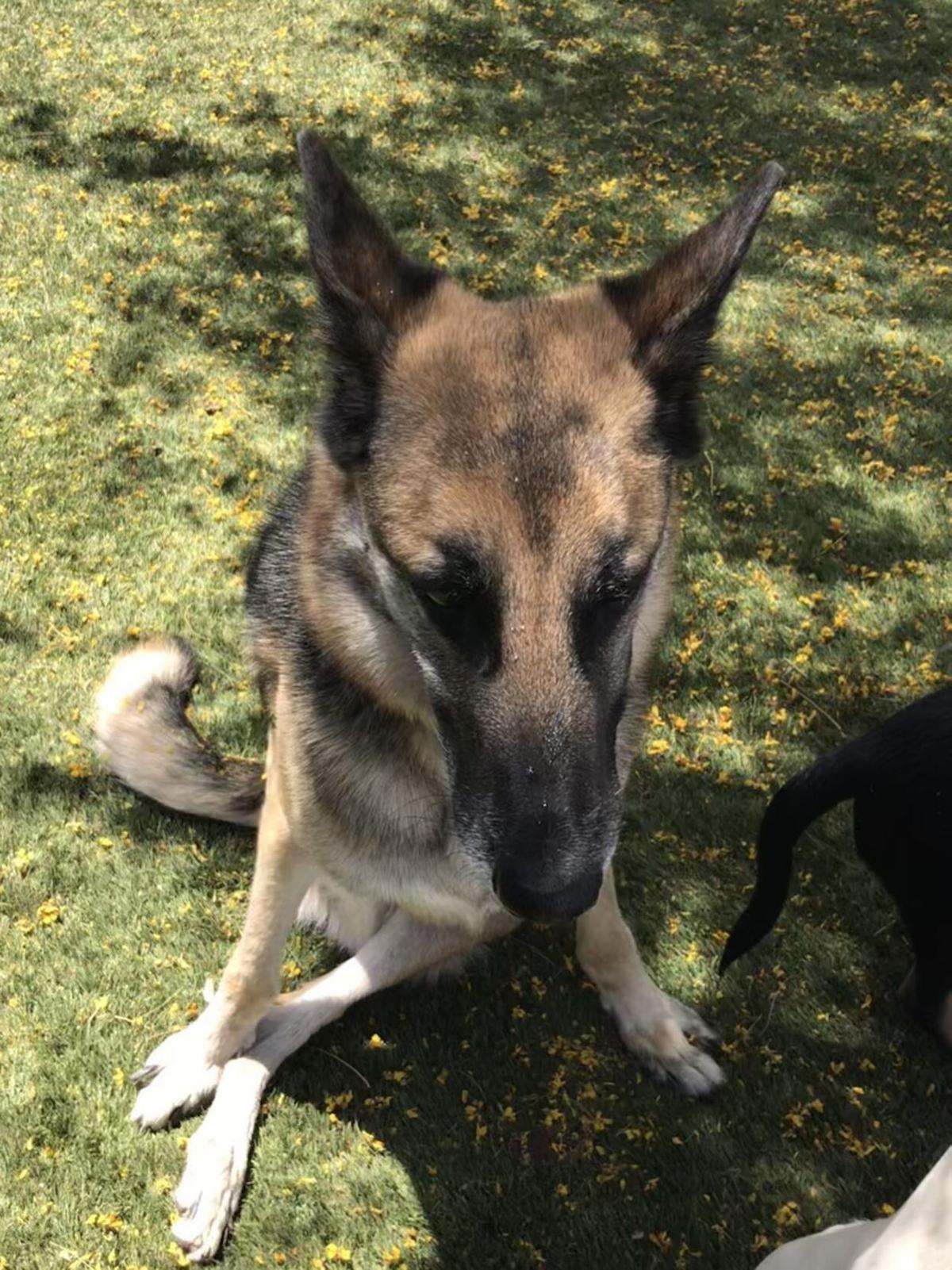 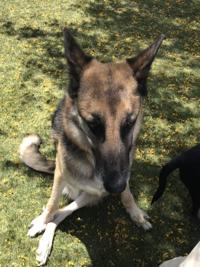 Pets love to stay cool in the summer too, and providing them with ample shade when they are outdoors is a great way to do so. 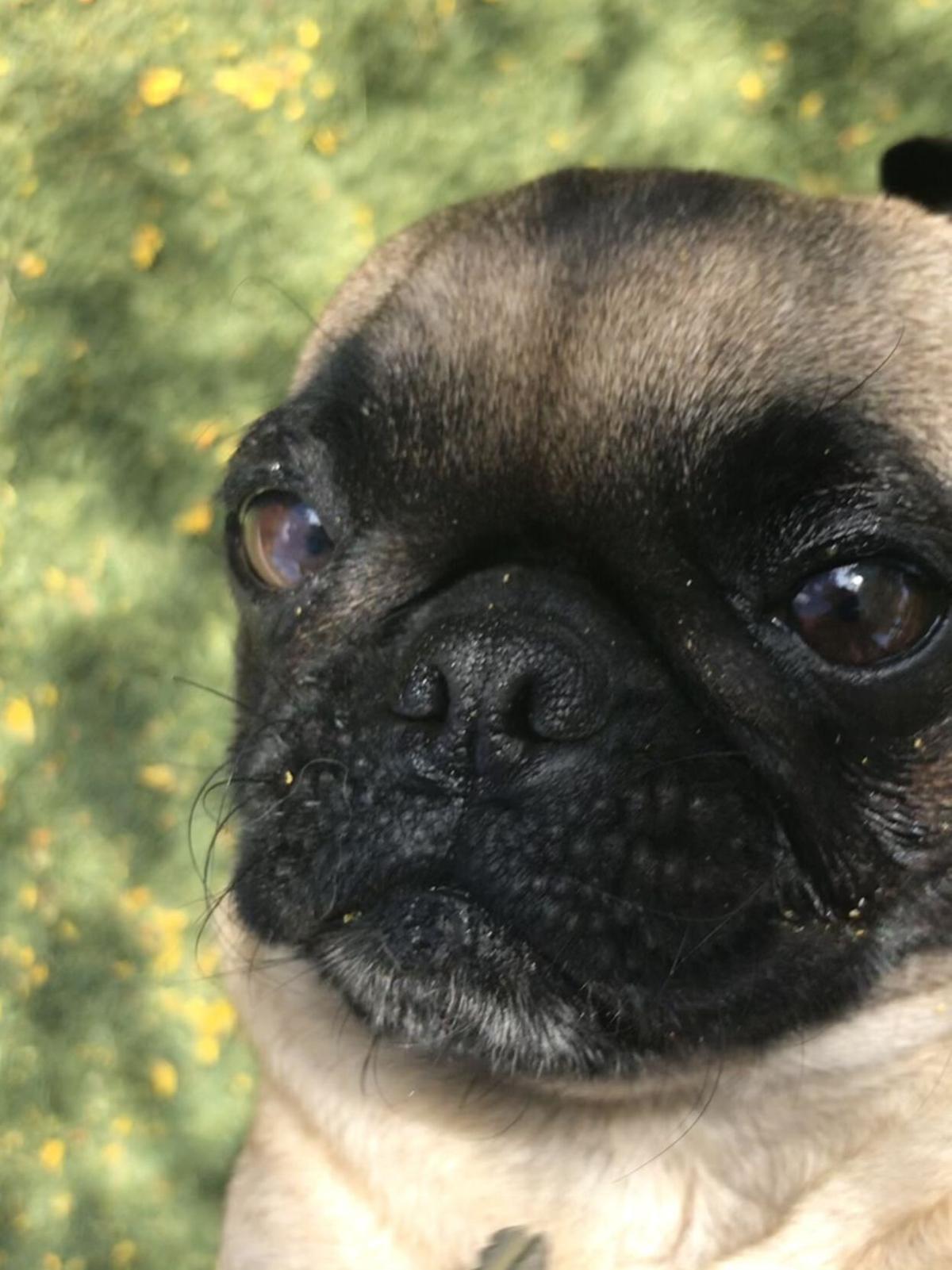 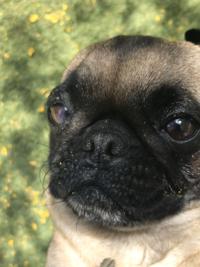 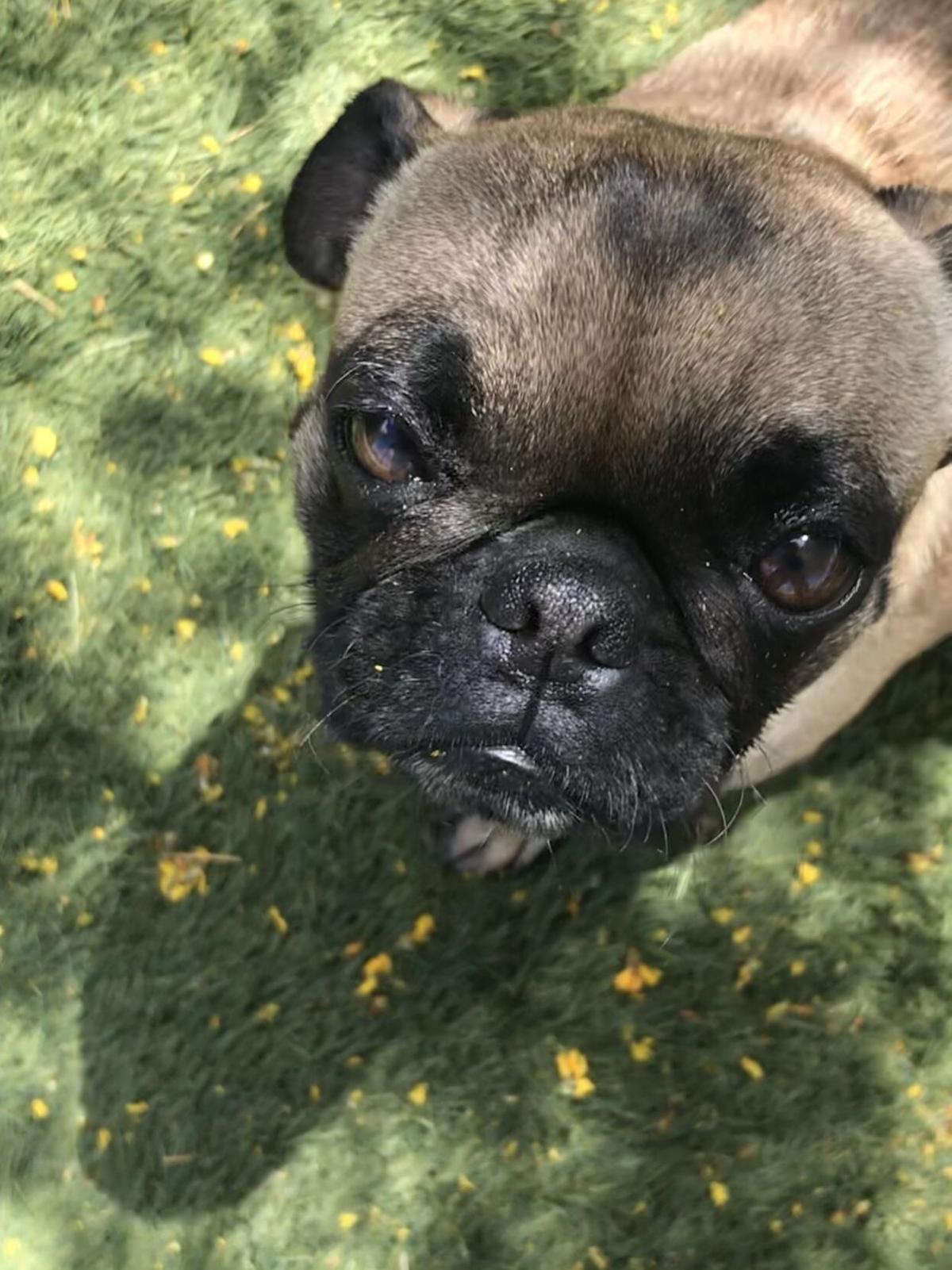 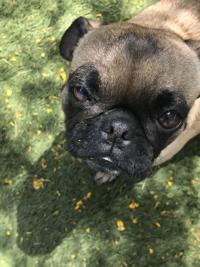 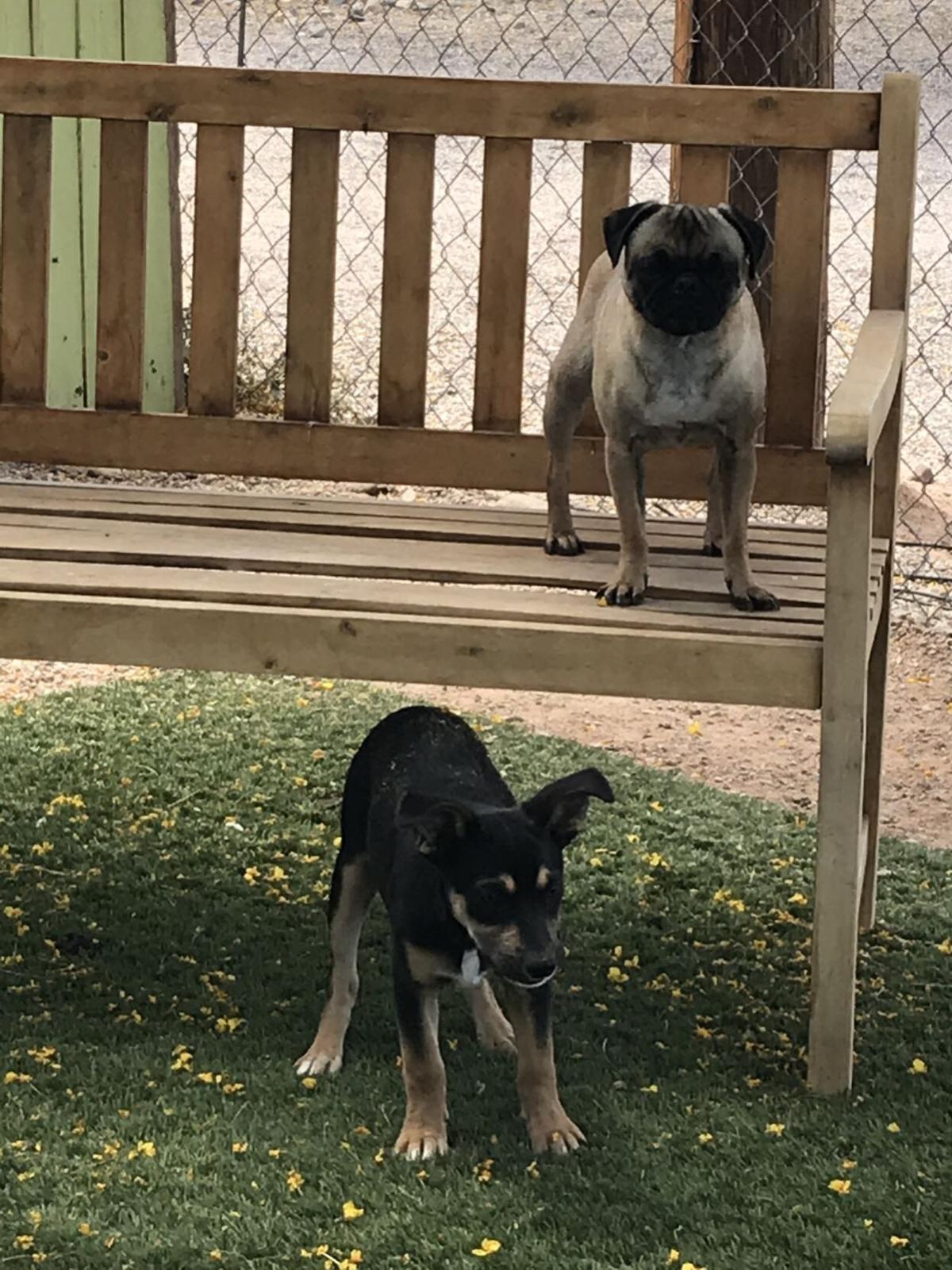 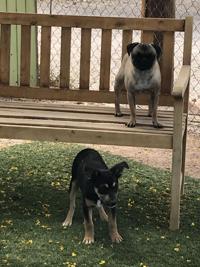 Keeping pets cool during Arizona’s hot summers is an important part of making sure they stay happy and healthy all summer long. 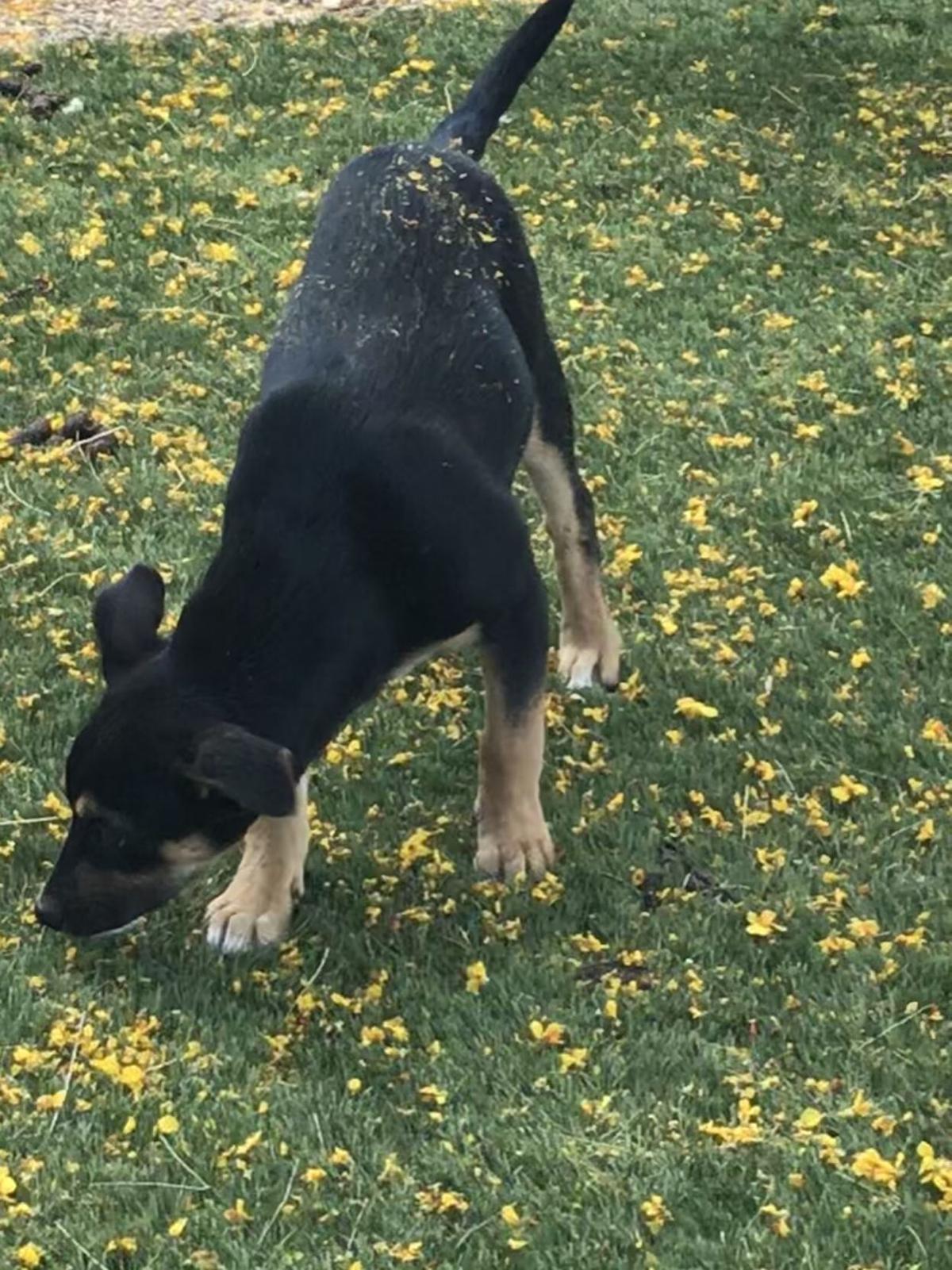 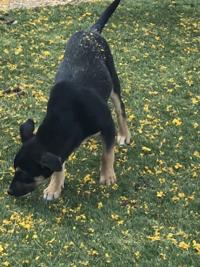 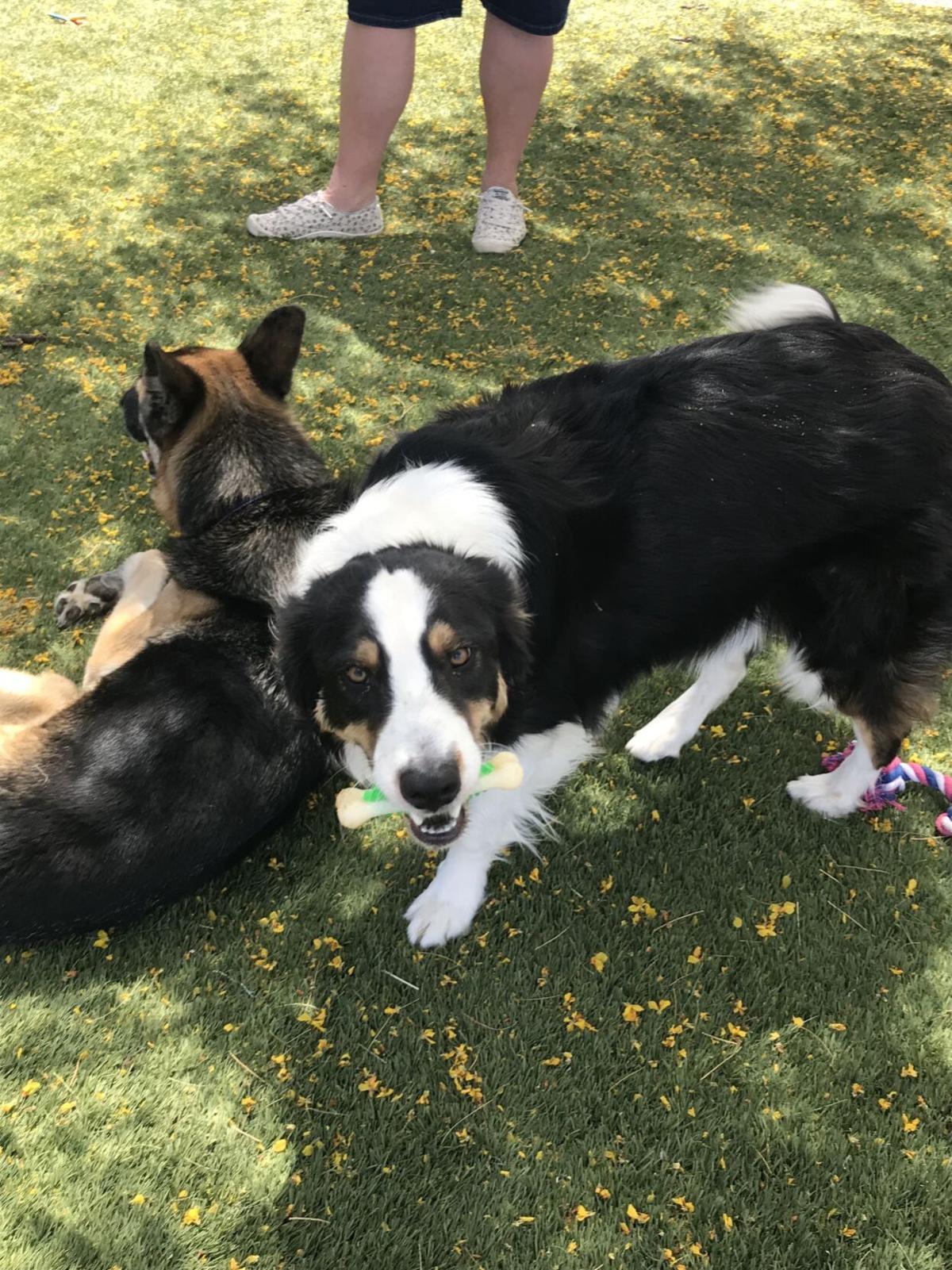 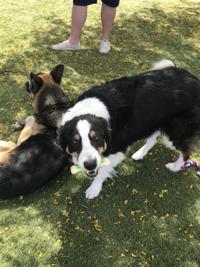 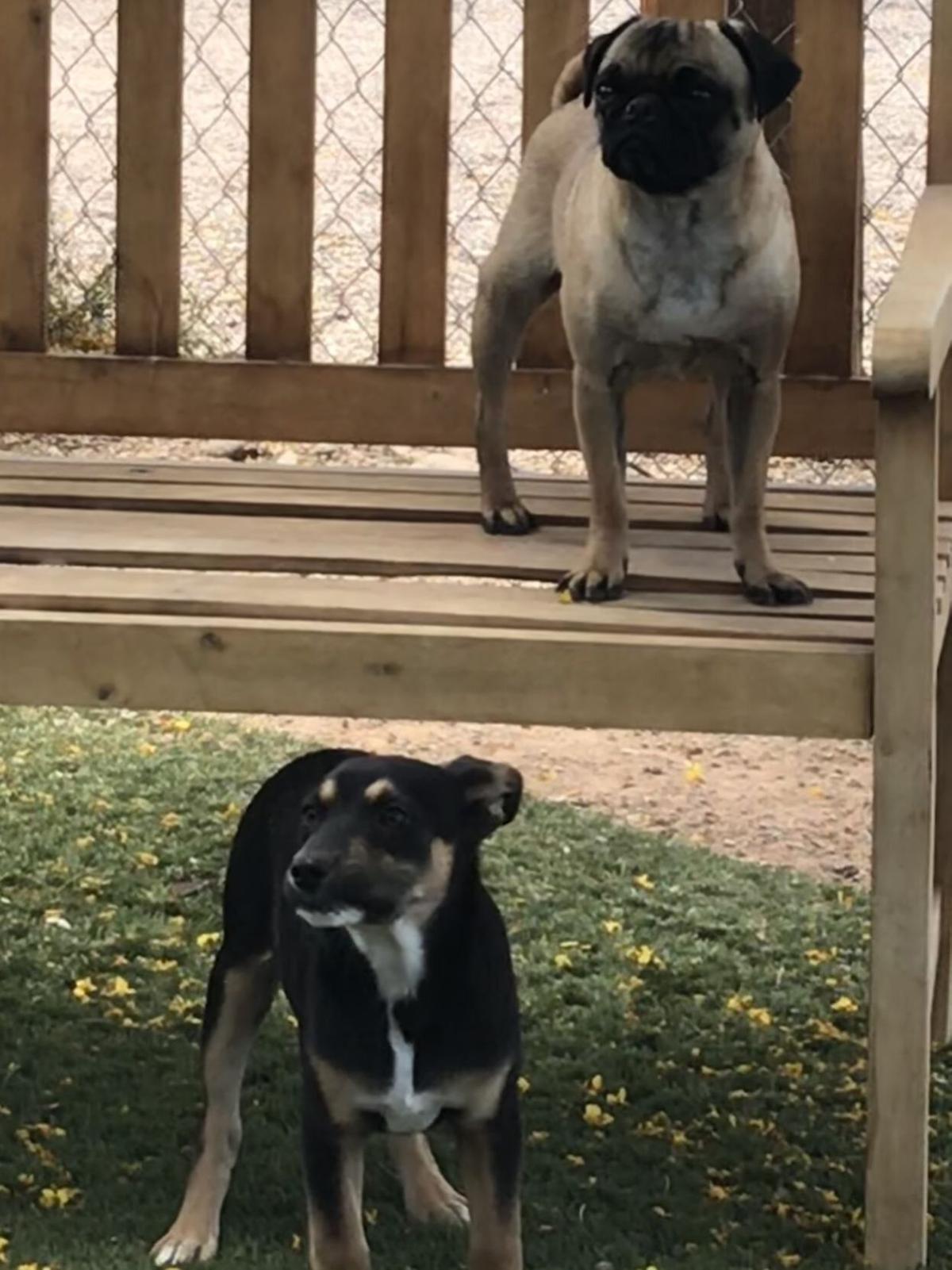 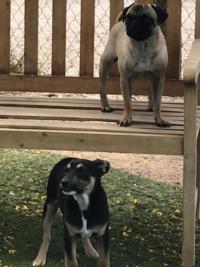 Pets love to stay cool in the summer too, and providing them with ample shade when they are outdoors is a great way to do so.

Keeping pets cool during Arizona’s hot summers is an important part of making sure they stay happy and healthy all summer long.

High temperatures can be difficult to deal with. For many, warmer weather often means having to use more water, adjust outdoor activities and exercise schedules to account for hotter days, and spend the weekends seeking out ways to cool down.

It can be equally rough on pets.

Just like people, pets seek to stay cool during the summer months.

“Arizona in the summer is not a great place for dogs to live outside,” said Crystal Armioia, shelter manager for Valley Humane Society in Casa Grande. The need for access to a cool place is one of the chief reasons she says shelter staff requires adopting individuals and families to provide their animals — whether they be a dog or a cat— with access to air conditioning in the summer, even if it’s just a doggy door that leads into the laundry room.

And that’s not the only suggestion the Humane Society provides pet owners to help keep their pets happy and healthy all summer long.

Equally as important is providing pets with access to plenty of water and ensuring those that spend time outdoors have shaded areas where they can escape the summer sun.

Breeds with heavy coats, like huskies, need access to some sort of a swimming pool or place where they can easily cool down by getting wet as well, says Armioia.

Additional strategies to keep pets cool might include making “pupsicles” on really hot days. Typically made by combining ingredients like peanut butter and fruits like banana, this blended mixture is usually frozen on a Milk-Bone or similar treat, giving it an appearance similar to a traditional popsicle.

But not all dogs are fond of peanut or Milk-Bone treats, Armioia warns. In that case, she recommends blending together fruits and vegetables a dog is already partial to and freezing the mixture as a refreshing and cold cube.

Some dogs, she says, are more interested in standard ice cubes. Ice cubes are also a good way to help dogs stay hydrated in the summer. When the weather is warm, Armioia says the shelter will place frozen water bottles in the dogs’ water bowls or swimming pool to ensure the water stays cooler longer.

Finding ways to cool down the water pets drink in the summer is especially crucial in Arizona because, oftentimes, water poured directly from the tap can come out of the spout already very warm, Armioia says.

Pet owners should also be mindful of the ideal time to do specific activities with their pet, and when to avoid certain activities all together.

Because concrete and asphalt store heat during the course of the day, walks should be conducted before 9 a.m., before temps heat up, or sometime after sunset to give pavement plenty of time to cool off.

At other times of the day, the pavement can reach scalding temperatures, with surfaces having been known to exceed 150 degrees at the hottest point of a triple-digit summer day.

For dogs, this can make the surfaces too hot to walk on and can result in burns on their paws in a matter of minutes. In addition, long periods of time out in the heat and sun can easily result in heat exhaustion or heatstroke in pets.

Armioia suggests avoiding any exercise with a pet between the hours of 10 a.m. and 7 p.m.

Even after the sun has gone down, paved surfaces retain their heat for longer periods of time. Armioia recommends pet owners who choose to take their dog out for an evening stroll do so after 7 or 8 p.m.

If a pet owner finds themselves in a situation where being out with their dog during the warmer hours of the day is unavoidable, Armioia says there are a few tell-tale signs of heat exhaustion they should look out for.

Those signs are similar to symptoms that might occur in people suffering from heat-related illnesses. A key indicator that a person is on the cusp of having a heatstroke, Armioia says, is that they’ve stopped sweating.

“Dogs are pretty much the same way,” she said. “They’re going to pant and pant. When there’s no more saliva, there’s a problem. And waiting until that point (means) you’ve waited too long already.

“If you are out with your dog, and your dog is no longer producing saliva when he’s panting, it’s time to get him inside and get him hydrated.”

In addition, the best course of action for pet owners that know they are going to be running errands in the heat is to leave pets at home. Though taking Fido along for the ride might seem like a good idea, leaving him unattended in the car can be fatal, as even on mildly warm days the interior temperature of a car can reach dangerous levels.

The Humane Society occasionally fields calls from citizens asking what they should do if they’ve encountered a dog locked inside a vehicle on a hot day, Armioia says.

“Arizona passed a law a couple of years ago (that says) as long as the life is in danger, you can now break the window without repercussion to extract the animal from the vehicle,” she said.

The state law, which went into effect in 2017, absolves individuals that break a car window to rescue a child or pet from a hot car from civil liabilities. However, the person must be acting on the belief that the child or pet is in imminent danger of injury or death, must first confirm that the vehicle is indeed locked and must notify the proper authorities before entering the vehicle.

Other major issues that often plague pets and their owners in the summer are rattlesnakes and poisonous toads. Though the Valley Humane Society formerly offered avoidance training, the sessions are currently no longer available. However, Armioia says that the shelter hopes to offer a similar aversion training program in the future.

While ensuring that pets are safe and comfortable while outdoors should always be a priority, providing pets with a comfortable environment inside the home is equally crucial.

One of the best ways to do so is by simply keeping the house cool, but not too cold.

Though it might seem counterintuitive, pet owners should avoid turning down the A/C dial too low, Armioia says.

Cold indoor temperatures result in drastic temperature differences between the inside and outside of the home. Sudden changes in temperatures can weaken the immune system, making some animals more susceptible to viral and upper respiratory infections.

“At the shelter, we keep all of our buildings at 80 degrees,” Armioia offers as a reference point. “When it’s 120 degrees outside, 80 degrees feels like it’s 60 degrees.”

Beyond keeping the house at an ideal temperature, something else pet owners can do to provide a comfortable environment for their pet is to turn on background noise during summer storms or neighboring firework displays on July 4.

Turning up the volume on the TV is a great way to minimize the sound and impact from nearby fireworks. Because some dogs can’t dissociate loud noises from the sounds coming from the TV, doing so can decrease the anxiety some might get from those noises.

For dogs with high anxiety, Armioia also recommends visiting with a veterinarian to discuss a mild sedative well ahead of holidays like Independence Day.

“It’s important not to wait until a week before the Fourth of July because veterinarians are overrun,” she said. “So many people adopted during the beginning of COVID (and) there’s so many new pet owners out there that veterinarians cannot catch up.”

Though some pet owners might try to address the issue themselves by giving antihistamines like Benadryl as a way to calm their dog down, Armioia stresses that it is critical to have a discussion with a vet beforehand, as it can be easy to administer too much of the medication.

She suggests pet owners meet with their vet to discuss a plan to make the holiday easier on their pets. “You don’t want to knock out your dog completely and, another thing from a behavioral standpoint, you don’t want to coddle them,” she said.

Though fireworks can be scary for animals, Armioia says that attempting to make up for it with excess love and affection can actually reinforce behavioral issues. With her dogs, Armioia says that striking a balance is important. During the holiday, she permits her dogs to sit next to her but is careful not to over-pet or cuddle them just because of the loud noises.

Pet owners should also be wary of keeping their pets outside on the Fourth.

Armioia says that each year, in the days following July Fourth, it’s common to see an increase in lost pets. It happens because frightened pets will find a way to get out of the yard during firework displays.

Pet owners planning on being away from home on the holiday may even want to consider crate training as a way to help their dog feel more comfortable while they are away, she says.

For pet parents who choose to go that route, Armioia says it can also be just as comforting to leave the TV on or other background noises for those pets.

TUCSON -- It's not just you – it really has been absurdly hot in Arizona lately.

Pinal Ways looks at summer shaped by the pandemic

Summer can be a fun time in Arizona. Given the heat, it can also be a challenging season to navigate.