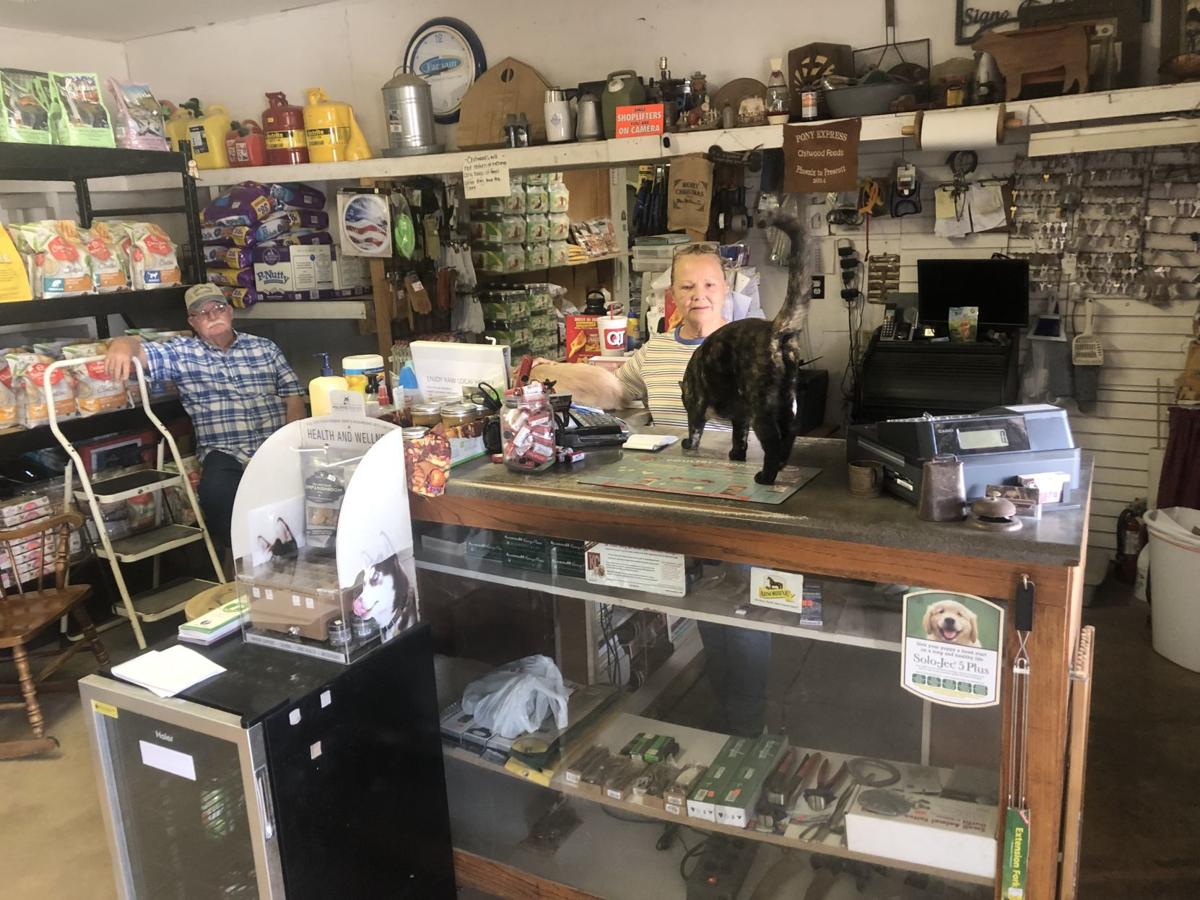 There wasn’t much in Maricopa in the mid-1980s when C.L. and Debbie Chitwood drove through town, looking for rural property where they could live with their new baby and their animals.

The population was less than 1,000, and one of the few buildings was a small store located at 19884 N. John Wayne Parkway. C.L. had grown tired of his job in road construction and was looking to do something different.

As they drove past the building, Debbie recalled, “He said, ‘I’m going to own that someday and it’s going to be a feed store.’”

It took 12 years, but C.L. made good on his promise. The Chitwoods bought the property and opened Chitwood Feed in 1997.

“I thought I was going to semi-retire but this is more work than what I was doing before,” C.L. said. “It keeps me out of trouble.”

The city, now with a population of more than 50,000, has changed tremendously since then. But at Chitwood, change has come slower. It still looks like an old surplus or general store from years back.

The store sells food and supplies for any number of different types of animals, hardware, propane, salt, nursery equipment, pool supplies, firewood, fishing tackle and many other items.

Across the aisle from the checkout counter are a couple of old chairs. In the early days, Chitwood was as much a hangout as a store. Those old chairs, and a few more, were there. Regular customers lingered to chat, and mothers would hang out with Debbie while their kids swam at the local pool.

“Everyone would come in and we would have coffee and we would talk. It was really neat,” Debbie said. “This was just a place where everyone could find out what’s going on.”

Chitwood catered to rural customers, but the inventory has changed some over the years as more “city folks” arrived, C.L. said.

“We get our fair share of city folks. We sell hay to horse people. The city folks come in and get dog food, propane and a little bit of hardware,” C.L. said.

“You have to adapt to the environment where you’re located,” Debbie said.

The Chitwoods have always owned horses, and Debbie once had a portable petting zoo. This experience allows the Chitwoods to help customers find what they need for their animals.

“We have a lot of knowledge behind us,” Debbie said. “We’ve had every kind of animal.”

Visitors can tell it’s a mom-and-pop store by the rustic old décor and the four stray cats that hang around. During Debbie’s interview with Pinal Ways, two of the cats spent much of the time on the counter within a couple of feet of the cash register. The steady stream of customers didn’t seem to mind.

Debbie, a former flight attendant, was all smiles as the customers and cats passed through.

“We still have customers from the beginning,” she said. “A lot of them, I know all about their animals and what’s going on in their lives. It’s really neat to have them and for them to be such loyal customers.”