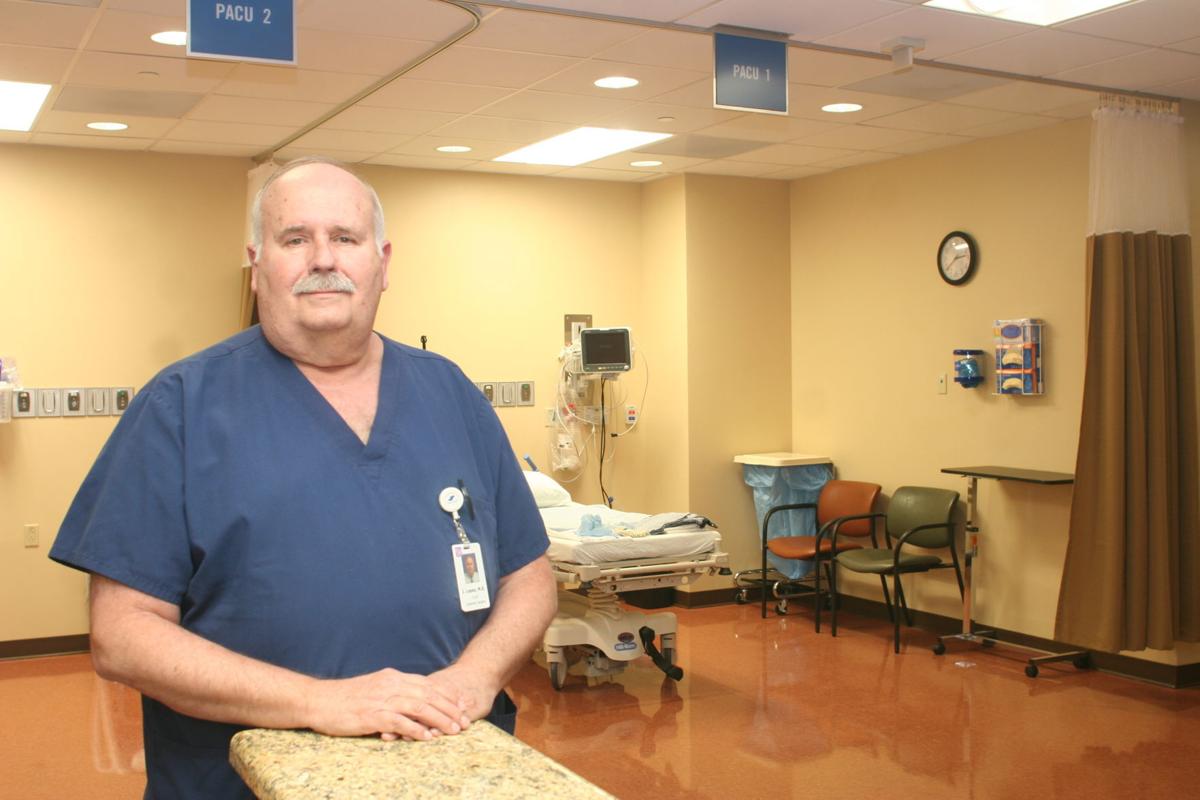 Dr. Jose Lopez has been working for months to get Florence Hospital, A Campus of Mountain Vista Medical Center, ready to perform surgery. 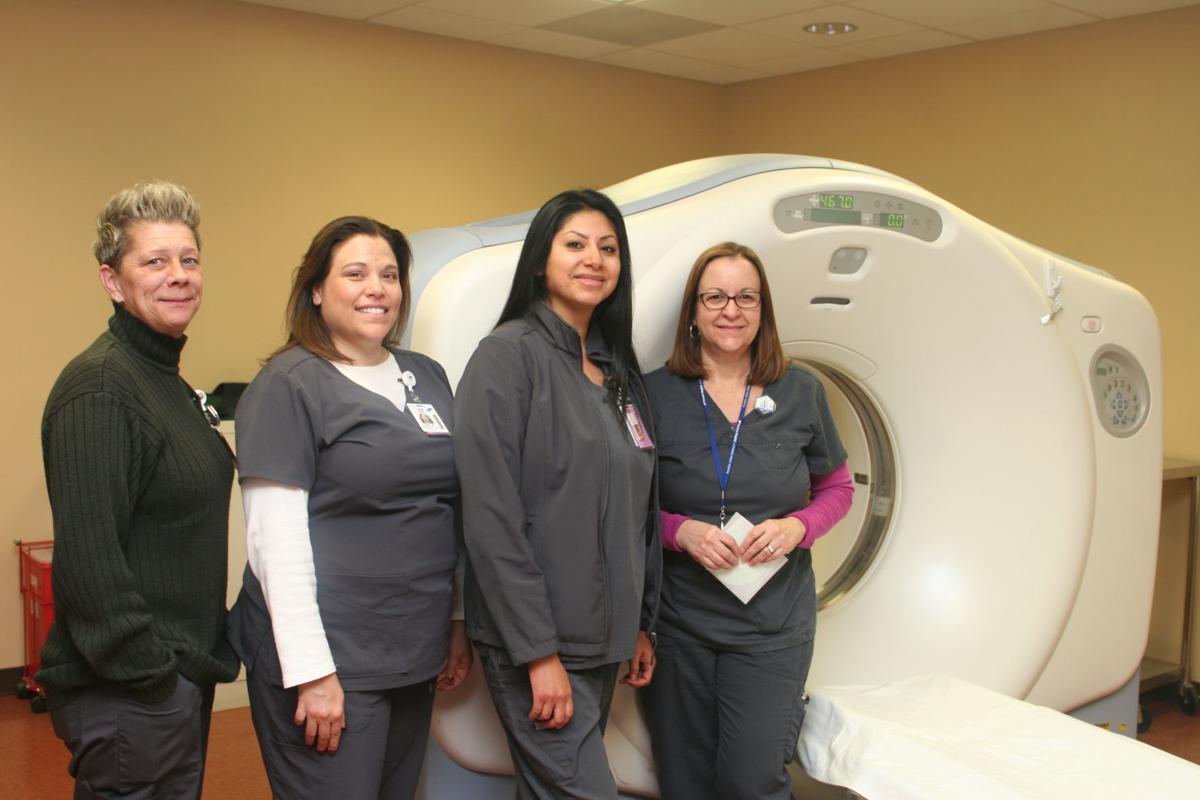 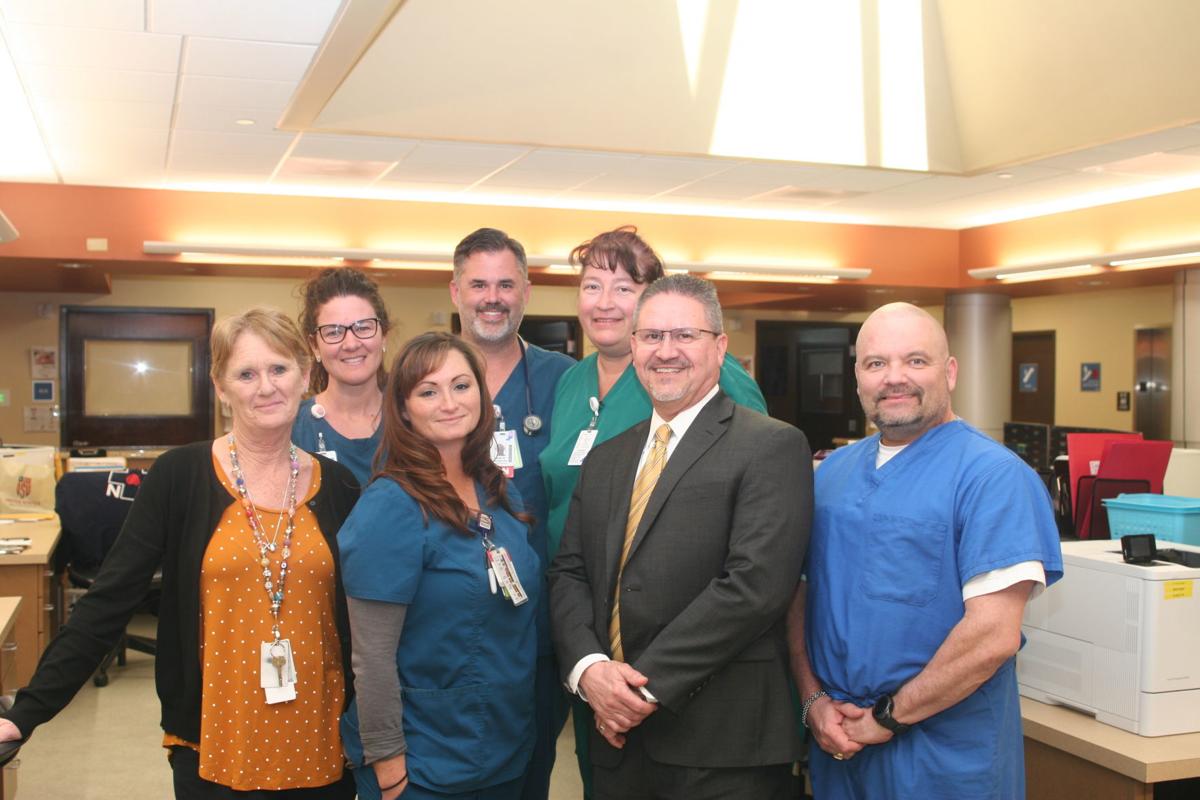 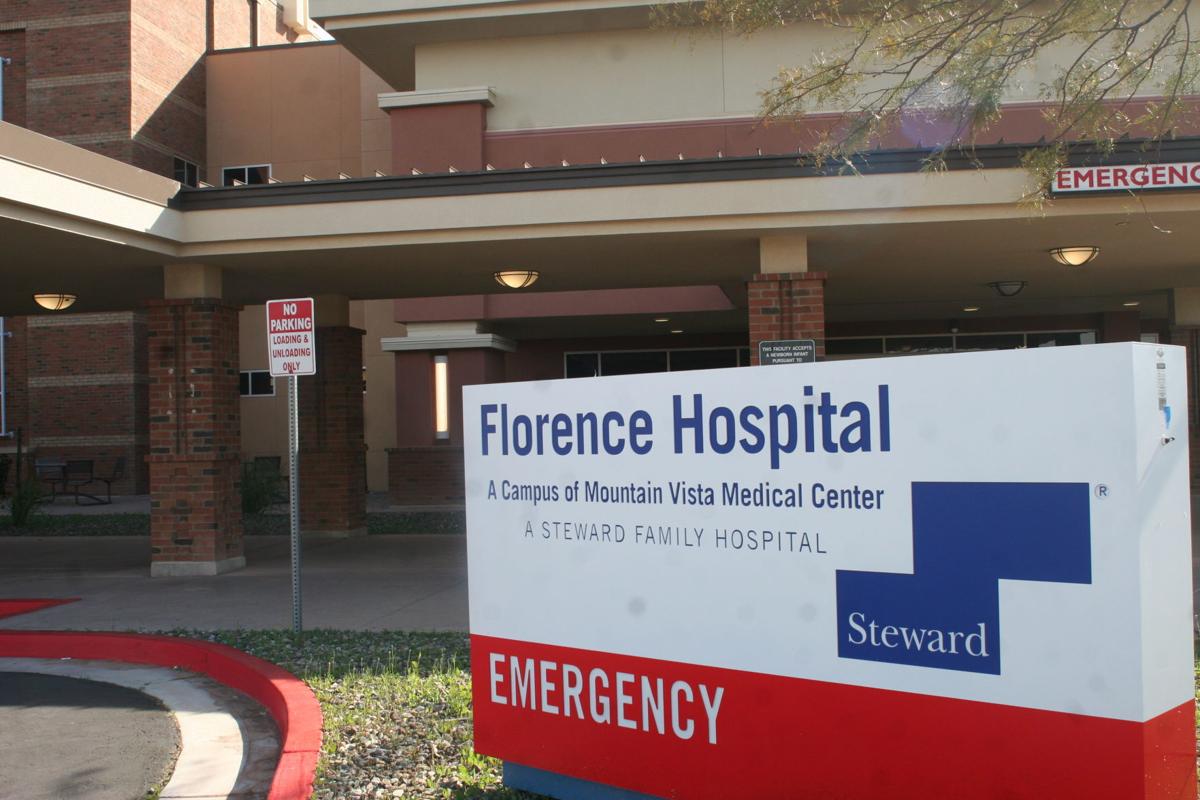 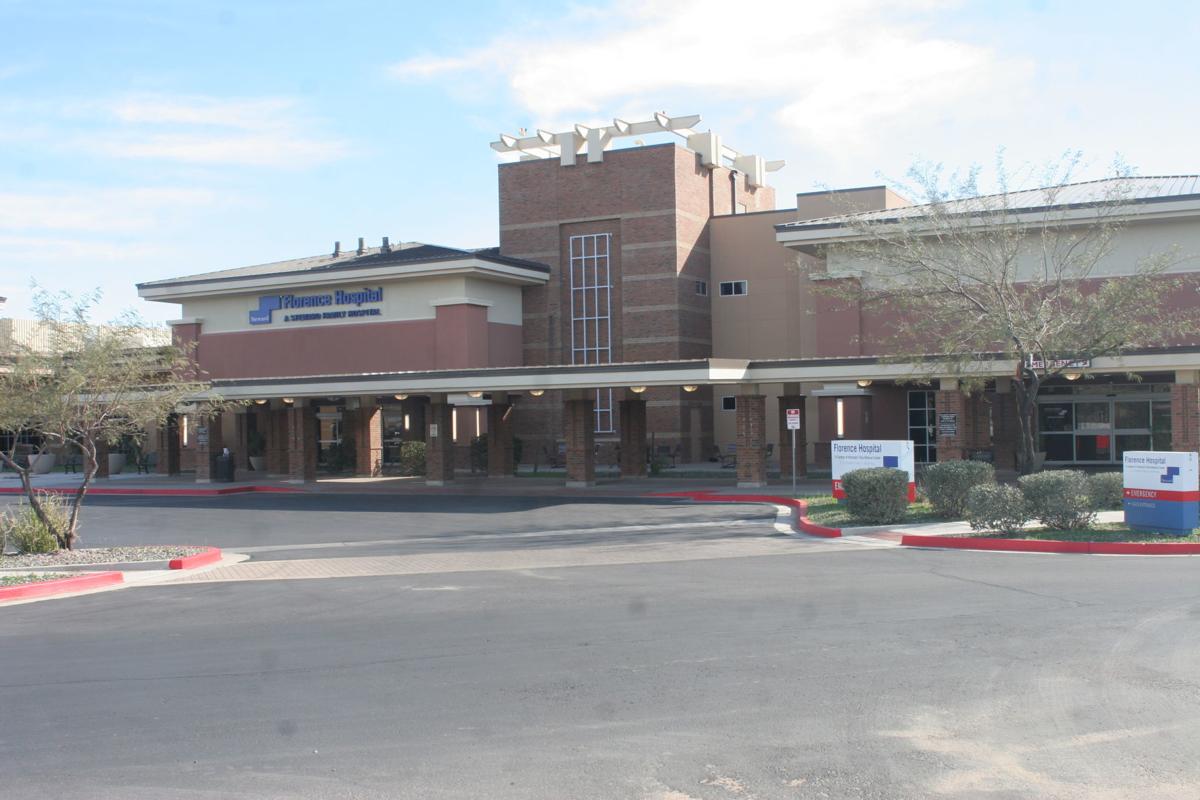 A rural hospital has challenges, but so does every hospital, Damon Brown, Arizona regional president of Steward hospitals, said. Steward Medical Group is “very excited about this location. We opened it because we believe it’s got a bright future.”

Dr. Jose Lopez has been working for months to get Florence Hospital, A Campus of Mountain Vista Medical Center, ready to perform surgery.

A rural hospital has challenges, but so does every hospital, Damon Brown, Arizona regional president of Steward hospitals, said. Steward Medical Group is “very excited about this location. We opened it because we believe it’s got a bright future.”

FLORENCE — As the new Florence hospital on the north side of Anthem continues to grow into its community role, it began offering surgery early this year.

Dr. Jose Lopez, a general surgeon, began coming from Mesa two or three times a week since the hospital opened in September to get it ready for surgery.

“It’s been a project, it’s been tough but we got it done,” Lopez said. “The surgeries we’re going to do are the basics,” including laparoscopic appendectomies, laparoscopic hernias and small bowel obstructions, along with colonoscopies, gastroscopies and biopsies. He spoke to PinalCentral after teaching endoscopy to a surgical resident.

“I am bringing residents. My brother runs the surgical residency (at Mountain Vista Medical Center in Mesa), so I’m getting second-, third- and fourth-year residents who are going to come here full-time and rotate with me. So it’s also going to be a teaching hospital.”

He and his brother Raul, also a surgeon, came to Mountain Vista in Mesa in April 2019. Lopez is building a house down the street in preparation for being full-time at Florence Hospital, A Campus of Mountain Vista Medical Center.

He continues to prepare the surgical department for specialists. “I’m trying to get surgery ready so we can have a urologist, we can have GYN surgeons come in. … In the future we have the possibility if we get busy enough to open another operating room. We have the capability of building one next to that one. (Parent company) Steward Medical Group has agreed to that if we get busy. When we get the other specialties in — urology, gynecology, maybe a plastic surgeon will come down — then we can expand.”

Originally from Puerto Rico, Lopez trained in a surgical residency and raised his family in Youngstown, Ohio. His two daughters are also physicians in other parts of the country. “I’m hoping that later on I can get them here.”

One of the Florence hospital’s other priorities is imaging, with the majority of patients needing an X-ray or imaging of some type. CT and X-ray are available around the clock. With no freestanding imaging clinic in the immediate area, the hospital is beginning to see a surge in outpatient business, according to Deb Nordyk, director of imaging.

The hospital has about 20 imaging staff members, working multiple modalities. “A lot are licensed in multiple fields,” Nordyk said. “Community hospitals need people who can work in multiple areas and really add to the skill set. All our staff are certified; we don’t work with anyone who hasn’t been certified in their specialties or their fields.”

Damon Brown, Arizona regional president of Steward hospitals, said pediatric cases made up 30 to 40% of what the hospital saw shortly after opening last year, but now, “It’s pretty much everything.” A rural hospital isn’t unusual in Steward Medical Group, which operates in 11 states.

“We have all shapes and sizes of hospitals, from large urban to rural.” Brown said he worked with several rural hospitals in his last job in Oklahoma, “so I’m very familiar. They’re very critical to these small communities. … But we’re very excited about this location. We opened it because we believe it’s got a bright future.

“I think every hospital has challenges. As far as rural, we’re not going to be everything to everybody. We want to have a strong ER, which is probably the number one thing in a rural community.” The hospital’s emergency room traffic “has grown nicely every month, we continue to see more patients. I think we’re on the right track so far.” He declined to discuss numbers, but “we’re growing right where we anticipated to be frankly; we’re doing very well.”

In the year ahead, the hospital hopes to offer primary care providers. Also, with Lopez now performing surgeries, “we’ll continue to develop his service line and his procedures that he does.” Specialists may be available once a week or once a month. “All of our specialists have interest in coming down here,” Brown said. Specialists will be here “according to demand, and the availability of space to put them in.”

A top priority is to care for patients close to home, but if that’s not possible, there’s at least continuity of care with Mountain Vista in Mesa, Brown said. “If it’s a higher level of care we don’t offer yet, we can transfer them. All of our specialists in the Phoenix area are available for consults so we can determine what’s the best placement for the patient.”

The original operator of the hospital built a 16-bed correctional wing, separate from the rest of the hospital, just for inmate patients. It has never had much use and is not open now. Steward hopes to finally win that business and treat prison inmates, Brown said. “We’re encouraged with the negotiations; hopefully that will come together.”

Another thing most rural hospitals don’t have is Banner Ironwood nearby, a large competitor less than 12 miles away. But Brown said the Florence hospital isn’t focused on that.

“We’re going to serve Florence and the surrounding area. We’ll make those decisions based on what’s best for this hospital and it’s sustainable. We pay attention, but we’re going to operate this hospital regardless of what Banner does.

“We obviously want this hospital to be successful and stand on its own. We feel like we can operate these hospitals more efficiently, at a lower cost and higher quality. We’re going to do our thing regardless of what the competition does.”

As the highest levels of government question the need for the Affordable Care Act and issues with Medicaid and Medicare arise, the hospital is ready to meet that challenge as well, Brown said.

“We pay attention to it, we analyze those things on a daily and weekly basis now, at both the state and federal level. We try to be very active in lobbying, etc., to try to guide some of these plans and what’s best. What it’s really about is providing high quality at a lower cost. We know there’s opportunity and I think that’s what our model is built around, so I think we’re in a position to be successful.