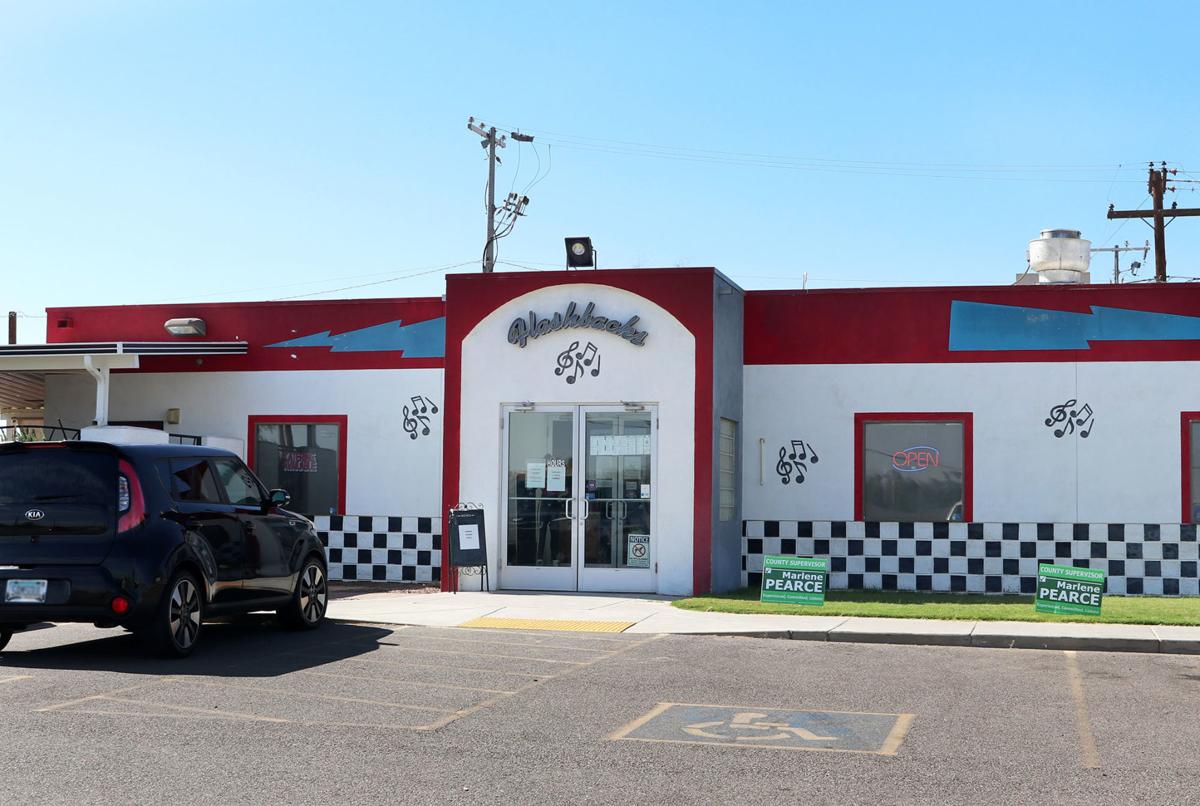 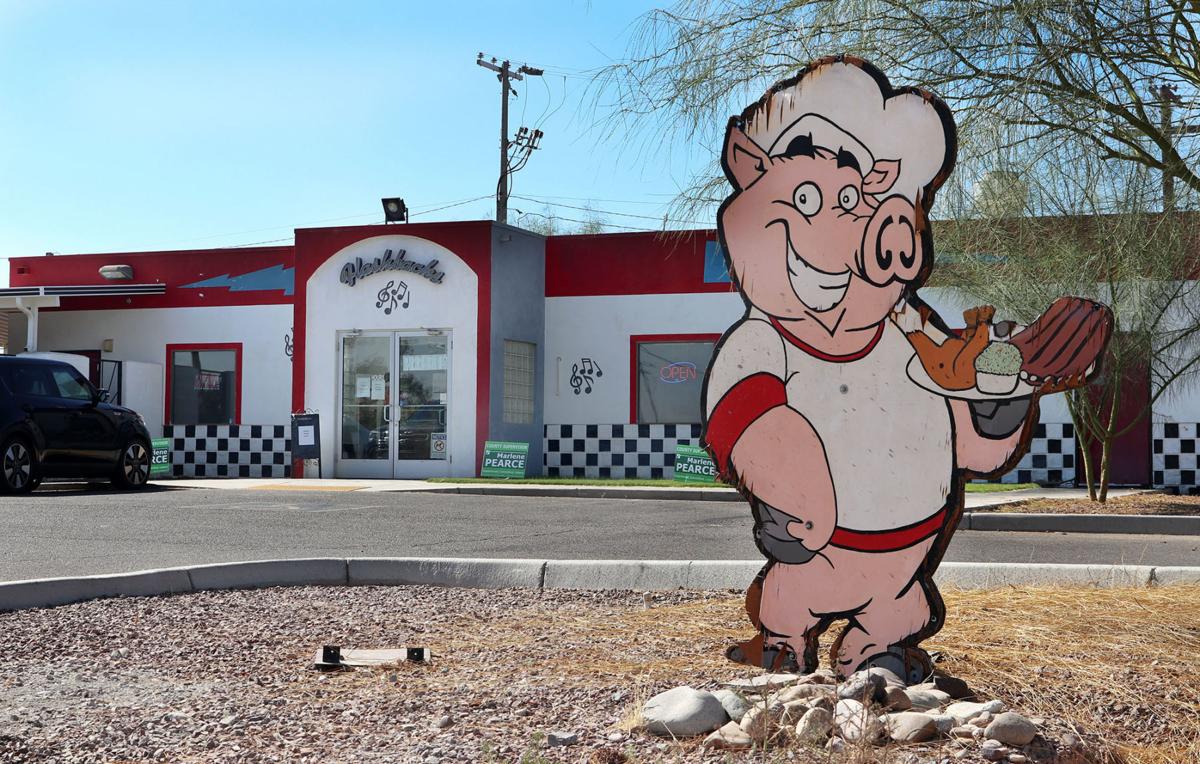 A pig mascot in front of Flashbacks Diner. 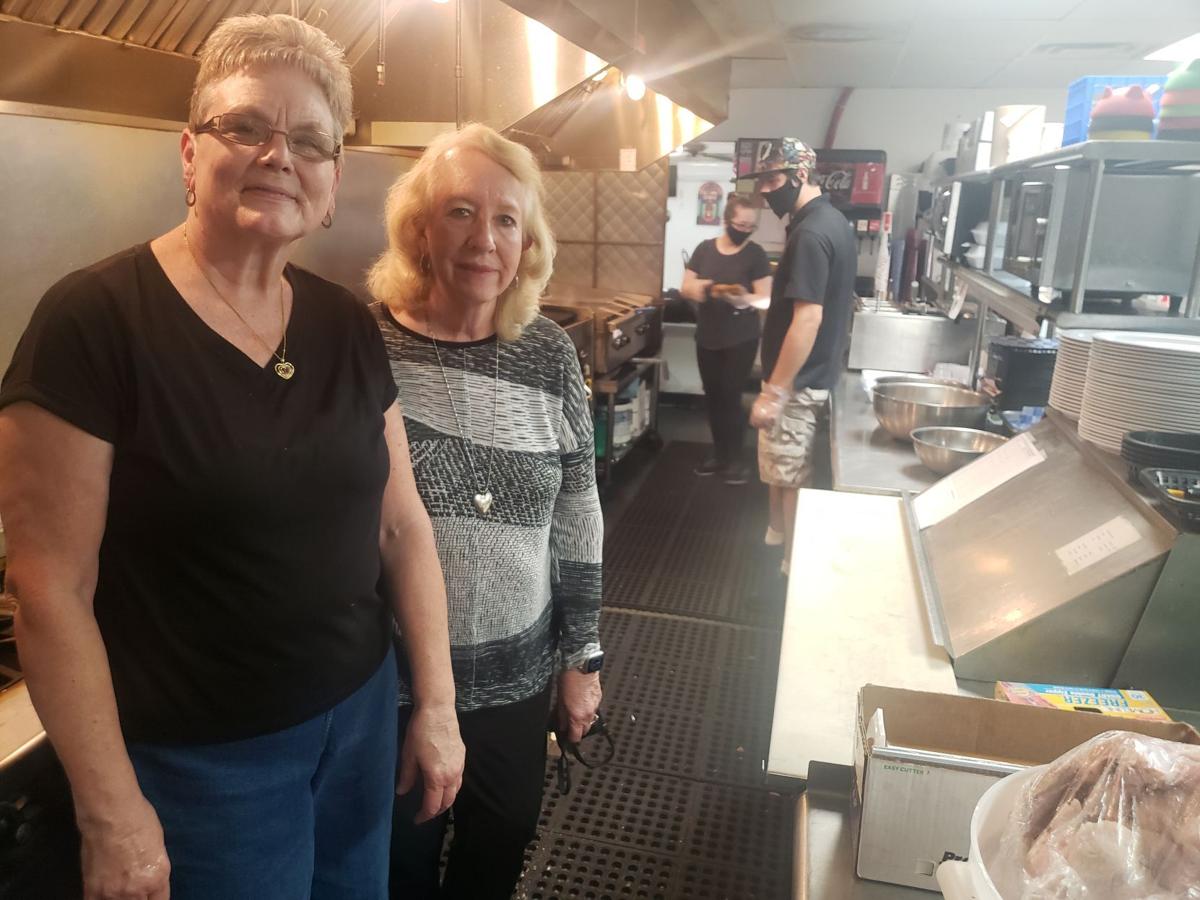 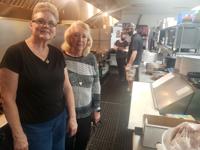 Operations Manager Sheryl Benning, left, and owner Gloria Eddy are shown in the kitchen at Flashbacks diner in Arizona City. Working in the background are Stephfon Minor and Kristin Murray, one of Eddy’s two granddaughters who work at Flashbacks.

A pig mascot in front of Flashbacks Diner.

Operations Manager Sheryl Benning, left, and owner Gloria Eddy are shown in the kitchen at Flashbacks diner in Arizona City. Working in the background are Stephfon Minor and Kristin Murray, one of Eddy’s two granddaughters who work at Flashbacks.

The 10-year-old fun spot is a throwback to the Archie, Veronica and Jughead gang with real milkshakes and fresh-patty hamburgers as well.

The owner, a self-described child of the ‘70s, wanted to establish a simpler lifestyle-type hangout for her customers.

“Nostalgia, for one thing,” owner Gloria Eddy said she tries to project as an image. “It’s back to the hand-dipped milkshakes. Our burgers are never frozen. We do fresh, hand-pressed patties. We do broasted chicken, which is a patented product. That’s been one of the major, staple items that we have.”

Eddy and her husband, Chris, started Flashbacks from the ground up on vacant land her parents acquired in 1963. And a few years prior, they ran Memories Diner just down the road on Sunland Gin Road where Mia’s Market now stands.

“I was more or less a child of the late ‘60s and ‘70s,” she said. I always liked the era because it seemed like it was the era of less confrontation. It was family-oriented. I picked this Betty Boop and different icons and stuff like that.”

Before she owned Flashbacks, Eddy owned the Memories Diner. But after leasing the building for an extended period, she said she decided that if she ever owned a restaurant again, she would own the building. And that’s exactly what she did when she opened Flashbacks. She said the decision has made it more cost effective for both herself and her customers.

“That was one advantage and that’s why we try to keep our prices as low and competitive as we can because places are spending like $2,000 a month for their rent,” she said. “They’re the ones that have been really hit hard (by the pandemic.)”

The business is very much family owned and operated, with Eddy’s two granddaughters — Kristin and Taylor Murray — also pitching in. Both have worked at the diner since they were teens.

The diner also caters to sweet tooths with a variety of dessert options, especially cobbler and triple-chocolate brownies, two offerings made by Operations Manager Sheryl Benning. She also brought in recipes for potato salad, barbecue beans and cole slaw from a previous employer, Tom’s Barbecue.

“Gloria and I have been friends for over 20 years, and I’ve been in the business for over 40 years,” Benning said. She left Tom’s Barbecue when it was sold in 2014 and joined her friend in Arizona City.

Both say Flashbacks’ signature menu item is broasted chicken, a patented product Eddy says has been around since 1954. It’s a speciﬁc process of coating and marinating the chicken.

“We use their product but I’m also one that likes to create. I’m a foodie and I love to cook for people. I cook to relax. We’re always looking for new ideas.” PW