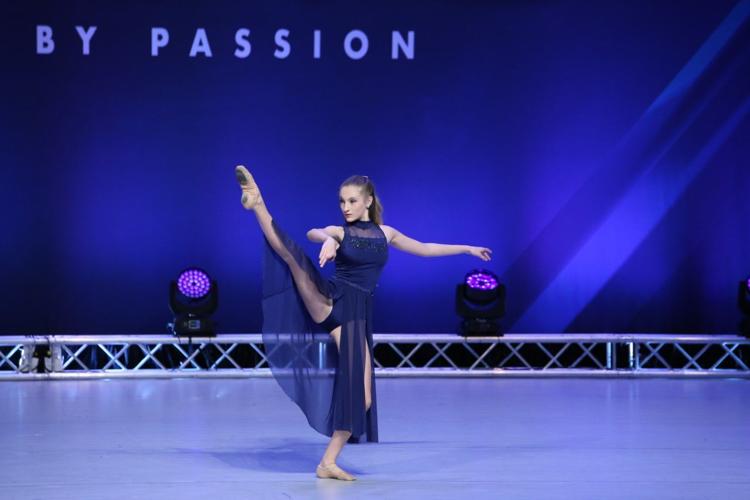 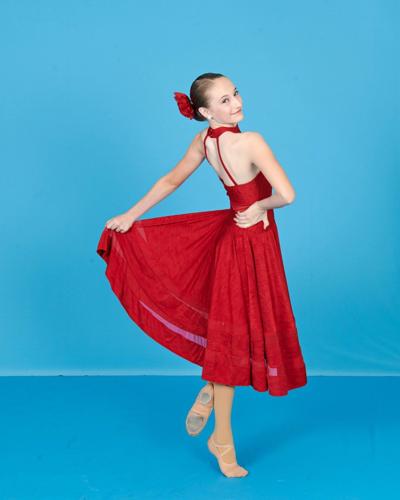 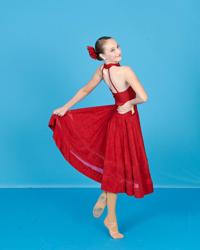 Emma Rubink is a teacher’s assistant at Desert Sun Performing Arts Studio and a sophomore in high school. She’s been a dancer at the studio since the age of 5. 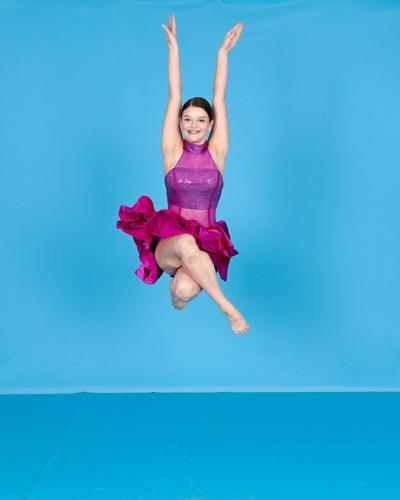 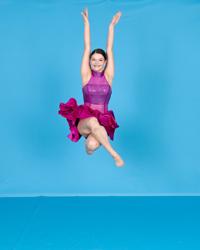 Arianna Haley is a senior who has been dancing for seven years. She says dance gives her a chance to live in the moment. 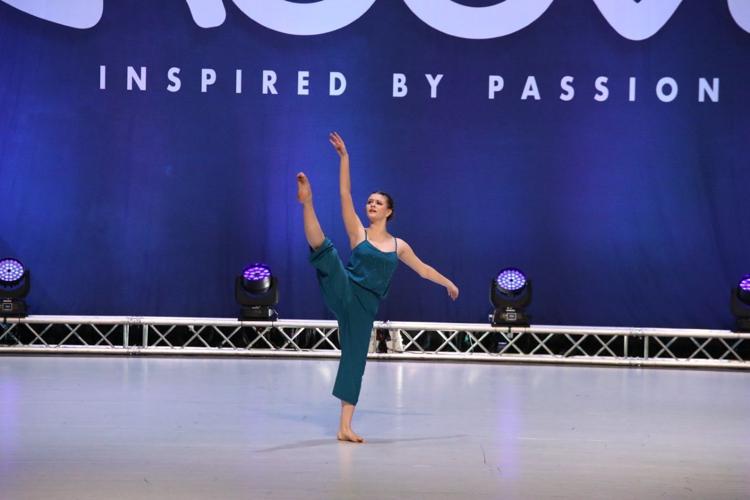 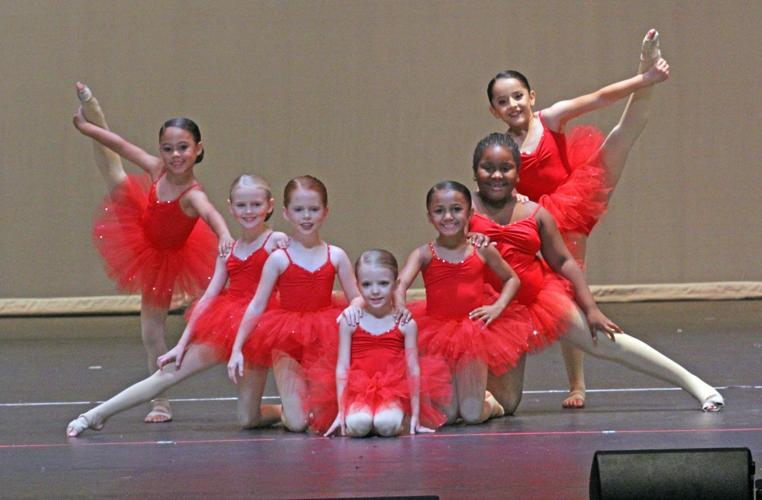 Dancers from Desert Sun Performing Arts have been part of Maricopa’s ArtsFest in the past. 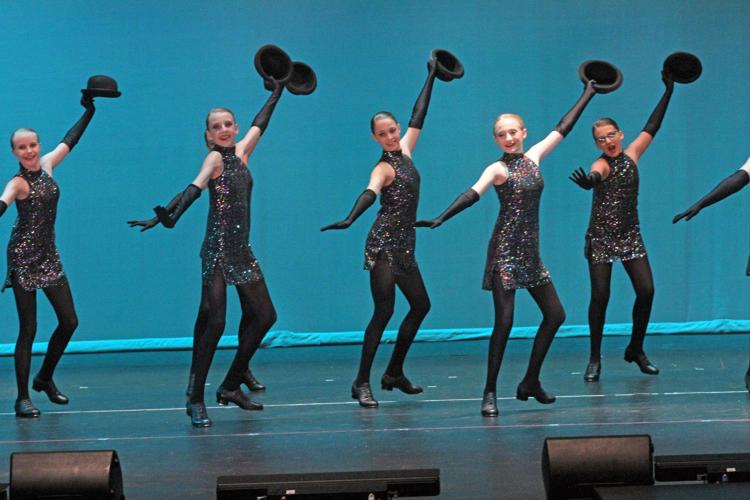 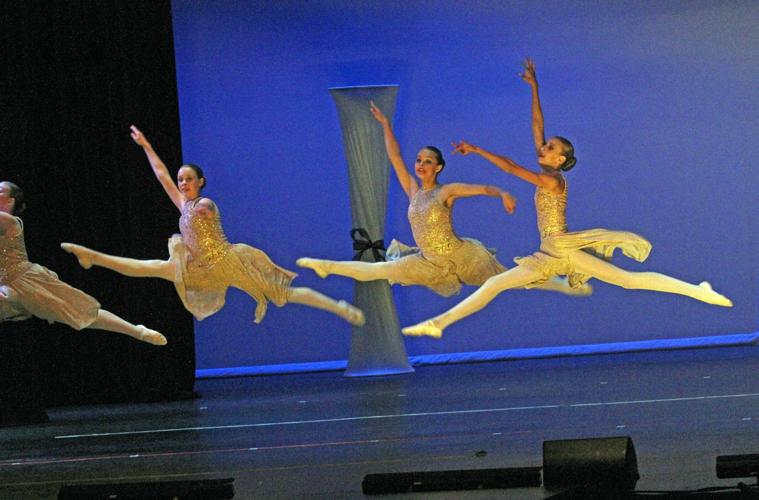 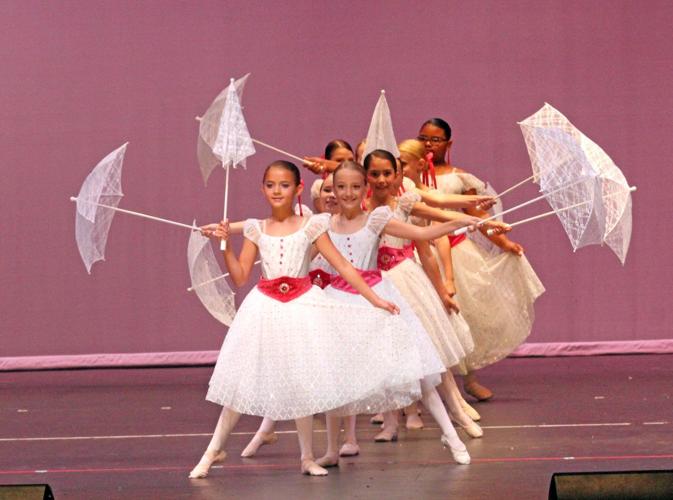 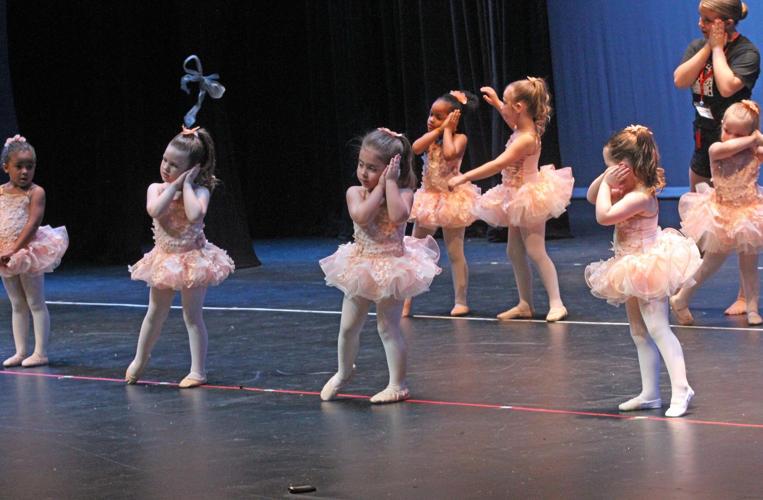 Children can start at the studio as young as two years old. 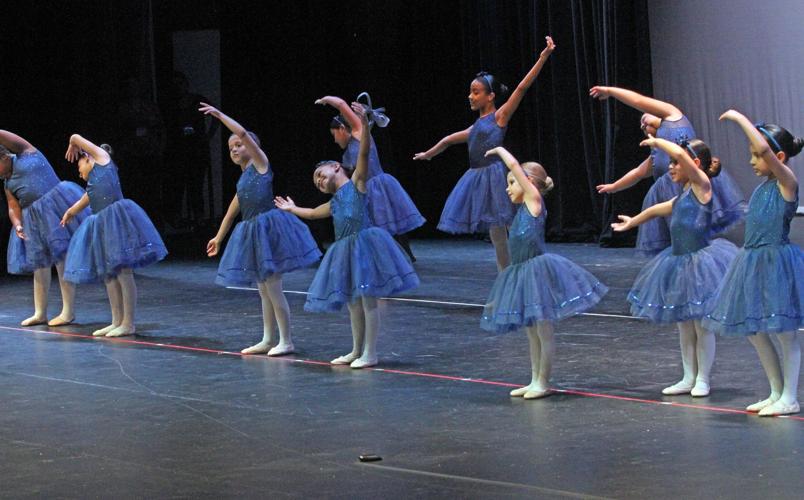 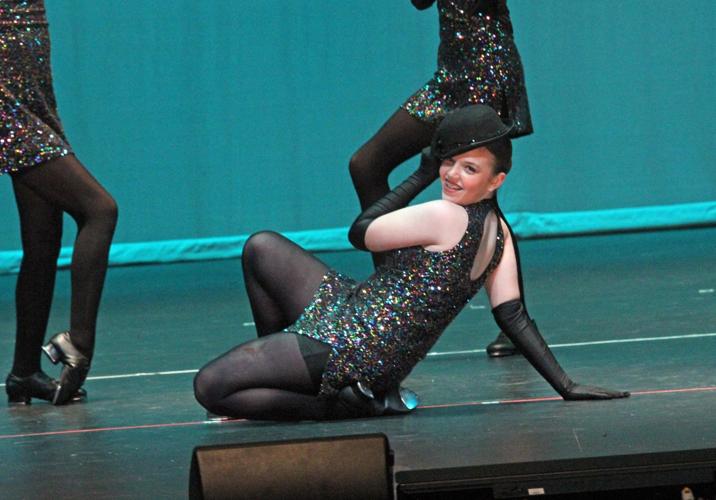 Desert Sun teaches a variety of dances, including ballet, jazz, Arco and much more. 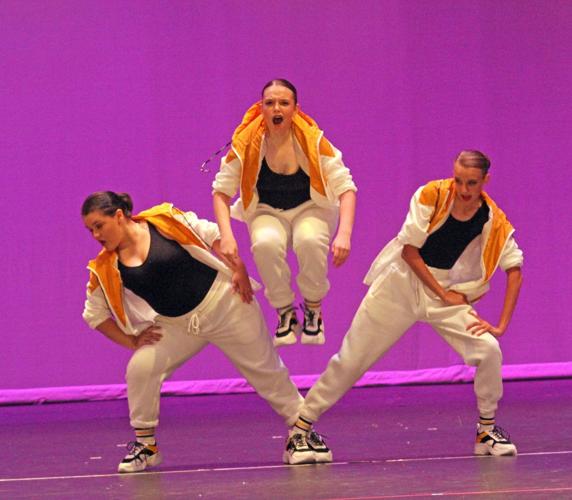 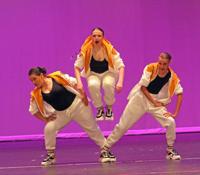 Emma Rubink is a teacher’s assistant at Desert Sun Performing Arts Studio and a sophomore in high school. She’s been a dancer at the studio since the age of 5.

Arianna Haley is a senior who has been dancing for seven years. She says dance gives her a chance to live in the moment.

Dancers from Desert Sun Performing Arts have been part of Maricopa’s ArtsFest in the past.

Children can start at the studio as young as two years old.

Desert Sun teaches a variety of dances, including ballet, jazz, Arco and much more.

Dancing gives the opportunity for self-expression and communication without having to use words. Ceylan Gentilella describes it as a “beautiful, ever-changing art” that’s a “way of life” and a way to define self. And she would know. Gentilella is the founder and owner of Desert Sun Performing Arts Studio; she’s also been dancing since she was 5 years old.

She says it’s been a “lifelong dream” of hers to become a dance teacher, a dream that started when she and her family moved to Arizona in 2005. They found Maricopa to have that “small, hometown feel” and felt it was the “perfect location” to open the dance studio.

Her passion as a dance teacher comes from getting to see the children she teaches grow and blossom. “I think that’s one of the greatest gifts, that I get to have that relationship with them, see them grow up and (play) a part of who they grow up to be,” she said.

Gentilella is also a mother who has two children of her own, both enrolled in dance at her studio. Her 13-year-old son has danced for about eight years and her 11-year-old daughter has been dancing for 10.

For her, dancing is a “language, a means of communication.” It gives her the “opportunity to get her feelings out” and be “creative and artistic.”

She said that the art form instills a “fire that burns inside the heart of a dancer.” For her, the fire has continued to burn brightly, whether she is the one doing the dancing or helping students practice and learn the techniques.

The last two years, however, haven’t been easy on the studio where she shares her love of dance with others.

When COVID first hit, it shut down the studio. Gentilella said the transition was difficult.

“We went from one hundred percent in person and within two weeks during our spring break of 2020 we shifted gears and everyone was completely online.”

The transition required plenty of adjustment.

“There was navigating the technology, learning how to use Zoom, educating our families and our students on how to use it and making adjustments,” Gentilella said. “For example, not everybody has a dance floor and it’s particularly needed for classes like tap or acro. We had to figure out alternatives for people.”

Those months were quickly followed by COVID protocols when studios and gyms were allowed to reopen. It’s also changed the way Desert Sun does things today.

They’re now a hybrid studio, meaning all their classes are in person, but if a child is sick they can join the regular class live via Zoom.

In addition, for COVID safety, each family is provided with social distancing bracelets for their children. The bracelets come in three different colors: red, yellow and green.

Red indicates that a child is practicing social distancing, meaning physical contact is unauthorized and that a 6-foot distance should be maintained at all times. Yellow means approach with caution and ask a child if they can be corrected, which requires physical contact to adjust their technique, stance or posture. Green means “OK for high fives and handshakes.”

And even though the studio lost 30% of its dancers at the beginning of COVID, enrollment is now at the highest level they’ve ever seen.

Gentilella teaches children as young as 2. Most of the dancers leave when they graduate high school, though some have come back.

The studio is designed to be a safe environment where children can freely express themselves. In hard times, Desert Sun has also been a haven for Gentilella. Since she opened the studio, she’s lost the two people who raised her, her mother and grandmother. During those grief periods, dance became an escape for her, though she notes it is also a “place that heals.” She even choreographed a dance in her mother’s honor, which she said helped with the healing process.

The impact the studio has had also extends to Gentilella’s students.

Emma Rubink is a teacher’s assistant at the studio. A sophomore in high school, she works about 15 hours a week doing her dances. She’s also been dancing since she was 5 at Gentilella’s studio. It’ll soon be 10 years since she started. Her first class was a private session, which sparked a passion within her to dance all the time.

“I just felt like it was something that was fun to do, but also kind of something I wanted to keep working at and get better (at),” she said. “I still want to dance and I love dancing.”

Rubink does all different types of dancing including ballet, tap, jazz, lyrical, contemporary and jazz acrobatic dance. She said it’s great going to competitions because of the judge feedback and the opportunity to perform in front of others.

For dance recitals, students at the studio rehearse and prepare for their dances for a while, which includes everything from the choreography to making sure they have their costume, makeup and hair items planned and ready to go when it’s time to perform.

A couple days before recitals, Rubink tries to prepare herself mentally, so she isn’t as nervous. She does this by focusing on dancing for herself and having fun. She enjoys doing solos, though they’re a little harder than group or trio dances. “I try and connect with my songs, trying to put emotion into my dances,” Rubink said.

Recitals start at the beginning of the year and go until June. Competitions are worked on for longer, but the timeframe is typically less than a year. They are usually held in the Phoenix and Chandler areas. When she and her fellow students win competitions, it feels rewarding to see the judges recognize how hard they’ve worked.

“Even if we don’t win competitions, it’s about the experience and the judges give us critiques back for our dances, so it’s rewarding,” she said.

Rubink said her favorite part about dancing is expressing herself and getting all her negative feelings and energy out. She enjoys dancing with all her friends and teachers too.

If she’s ever having a bad day, she can just come to dance and it let’s “her free her emotions.”

Dancing is something that has helped her grow, she said, and is a passion she and her friends share with each other.

“We don’t have to talk about it; we can just dance about it,” said Rubink.

Arianna Haley is a senior in high school. She’s been dancing for seven years. She loves dancing, since it gives her the ability to express her emotions without having to say how she’s feeling. She calls it “just living in the moment.”

Though there’s plenty of training and work that goes into dance, not to mention the behind-the-scenes efforts often put into getting the stage ready for performances, Haley says that it’s all worth it in the end.

Currently, she is working on a solo performance, as well as a duo and trio with three different groups. She is also enrolled in ballet, contemporary and jazz classes this season.

Haley balances school, homework and dance by going straight to the dance studio after school. She stays there until about 9:30 p.m., then she heads home and finishes school work and anything else, then wakes up and does it all over again. After doing it for seven years, she’s got a good routine down. She said dance is fun and worth it. “I’ll do it no matter what,” she said.

Dance has helped bring her “out of her shell more.” She said she’s more open and willing to be herself rather than “staying in the shadows.”

“That’s how it’s changed me for the better,” she said.

She personally likes doing group dances more. She said people can really feel the pressure more when they’re on stage by themselves since “all the eyes are on you.”

Dancing alongside friends can help feed off their energy, she noted. Aside from being on stage with her friends, Haley said that having those who support her in the audience is “very rewarding.”

She hopes to continue with dance after graduating from high school this year.

To learn more about the dance studio and for a full listing of their summer programming, visit the Desert Sun Performing Arts Studio online: http://www.dspa.dance/. PW

Kimlye Stager covers Maricopa and the surrounding area for PinalCentral, including city, education, business, crime and more. She can be reached at kstager@pinalcentral.com.