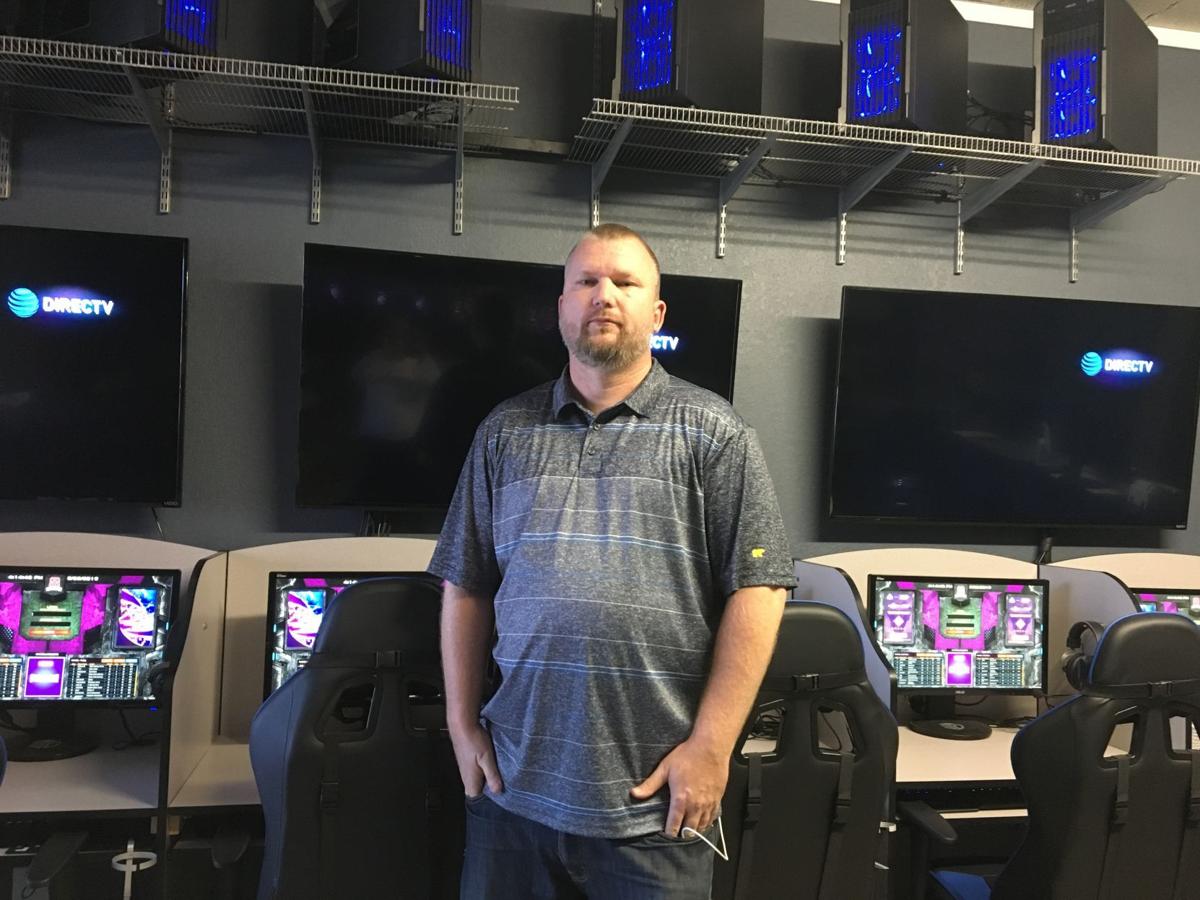 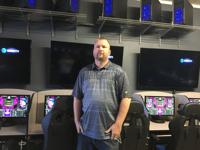 Coolidge local Larry Roberts is the owner of TNT Solutions and the Run It up Gaming Lounge, formerly the Metagaming Internet Cafe. 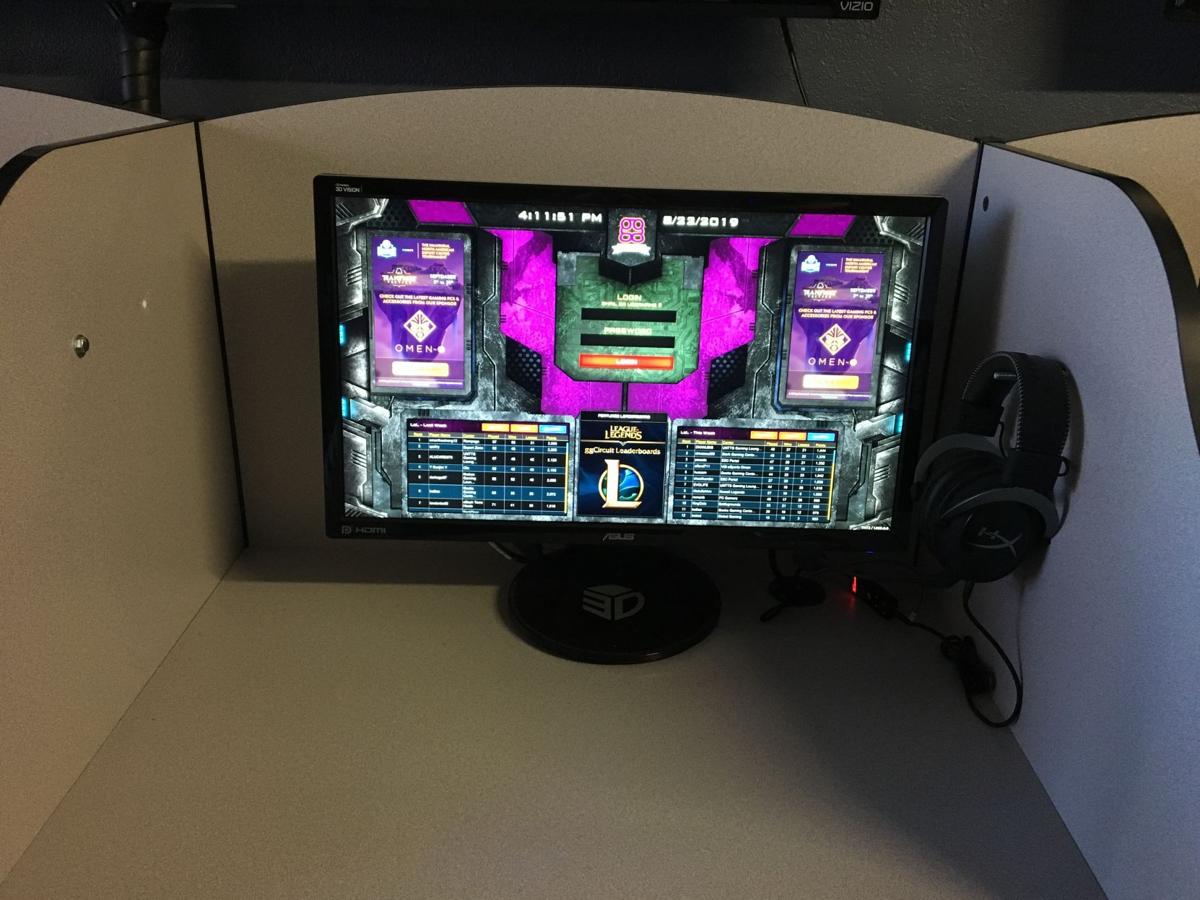 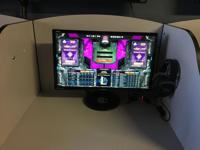 One of the gaming stations at the Run It Up Gaming Lounge, 1024 N. Arizona Blvd. 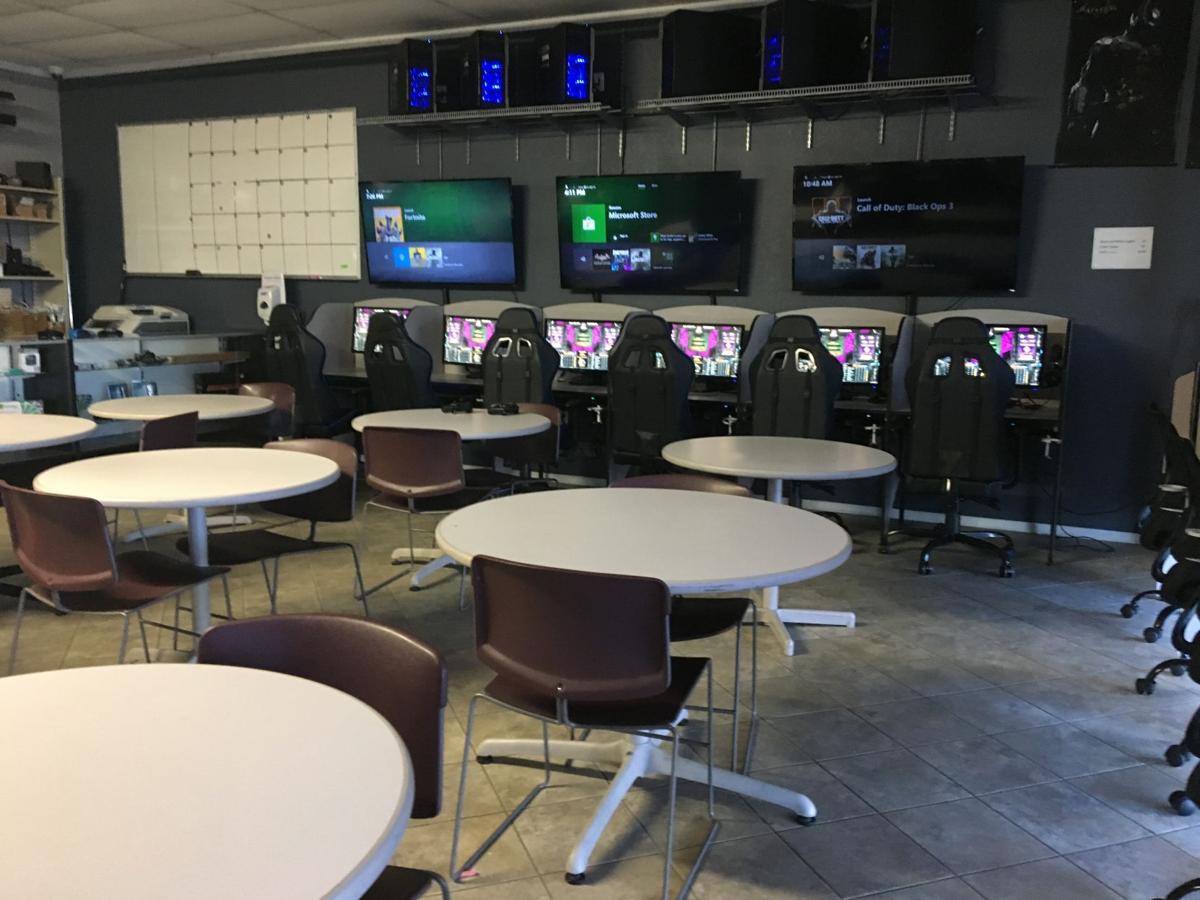 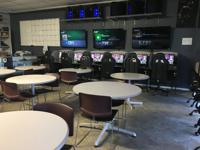 The Run It Up Gaming Lounge in Coolidge hosts regular tournaments on a monthly basis for gamers to participate in.

Coolidge local Larry Roberts is the owner of TNT Solutions and the Run It up Gaming Lounge, formerly the Metagaming Internet Cafe.

One of the gaming stations at the Run It Up Gaming Lounge, 1024 N. Arizona Blvd.

The Run It Up Gaming Lounge in Coolidge hosts regular tournaments on a monthly basis for gamers to participate in.

Coolidge, Roberts said, didn’t really have traditional arcades at the time, but it did have a couple of locations that were home to a grouping of arcade machines, such as the Jiffy Stop and the Bears Den.

Similarly, the Bears Den was a local hangout for Coolidge youth, situated on the opposite end of the Boulevard from the McCray building, that featured a small arcade. As Roberts recalls, students often spent time there during lunch and after school.

During his adolescence though, Roberts’ love for video gaming wasn’t just limited to the occasional afternoon spent at the local arcades.

Another common activity he remembers taking part in as a teen were LAN parties, which were designed to enable gamers to play together by hooking up multiple computers to a local area network, enabling the computers to communicate with each other.

Many years later, Roberts is now the owner of the information technology services company Total Network and Telecom Solutions LLC. He opened up the Metagaming Internet Cafe in 2019 to be a safe space for area youths who enjoy gaming to explore their interests.

The cafe was later renamed the Run It Up gaming lounge in honor of his son, Jory Roberts, who was tragically killed by an unknown gunman outside his family home. Jory’s nickname was “RunitupRozay.”

Run It Up, however, is very different from the arcades Roberts frequented while growing up. Designed to be a hub for video gaming and a convenient place for internet access, the cafe is supported by 1 gigabyte of fiber-optic and features several PCs, Xbox One consoles, virtual reality headsets and PS4 gaming consoles. In addition to gaming and Wi-Fi access, Run It Up also provides mobile phone repair and office services such as printing, faxing and copying.

“It’s totally different,” Roberts said. “When I was a kid, they were all stand-up machines (and) they were all stand-alone. They didn’t connect to the internet and they’re not really adaptive so once you memorize the pattern for a Pac-Man or Donkey Kong you can basically beat the game. You just play it over and over and it’s basically the same pattern. What we offer is more geared towards the youth of today and what they would be into.”

The cafe is meant to mirror what gamers might be able to access at home, but at a much higher caliber. Run It Up features top-of-the-line equipment, custom-built PCs and 144-megahertz monitors plus the 1 gig internet access.

The shift toward PC or console-based gaming has also eliminated some of the less-than-convenient elements that traditionally went hand-in-hand with arcades such as long lines.

Gone are the days where arcade-goers had to wait to play a particular machine. Patrons of the gaming lounge don’t have to do as much — if any — waiting, as each player gets their own station for the duration of their visit to the gaming cafe.

Another feature that Run It Up boasts that traditional arcades don’t is the ability to livestream games using Twitch, the lead streaming service for gamers.

Each station at the cafe includes a web camera that allows interested members to livestream their games. The phenomenon starkly contrasts Roberts’ experience playing video games growing up, with services like Twitch actually paying gamers depending on the amount of traffic their channel generates.

“There’s some revenue in it and there are some people who do it as a full-time job,” Roberts said.

With six TVs and two projectors at the cafe, Roberts and his staff typically have a few different Twitch channels up and available for kids to watch. Having those channels up, he said, provides members an opportunity to find and explore new interests.

The lounge also provides a space for those who enjoy table-top games like Dungeons & Dragons or Magic: The Gathering.

“People of all ages come in (and) a lot of people are always just amazed at the set-up,” Roberts said. “Kids love it, parents love it as a place for the kids to hang out and know they’re safe.”

The gaming lounge has even become a place where many parents and children enjoy spending time and gaming together, he noted.

Since the time of traditional arcades, the games have also changed. Growing up, Roberts remembers playing games like Pac-Man. More recently, the catalog of popular games has become more extensive, with Fortnite, Minecraft, Call of Duty, League of Legends and similar titles topping the list.

Some of the games, like Minecraft, are so favored among the cafe’s regulars that Roberts and his team established a private Minecraft server for the gaming lounge so younger members can play against each other without having to interact with other players on the internet.

“Sometimes you don’t want your kids interacting with strangers,” he said. “At least this way it’s kind of a controlled environment. They can come in and just play with their friends, and it’s a little easier for younger kids. They don’t have to compete with people that know all the glitches and stuff.”

Though internet and console games are much more popular nowadays, Roberts said he is still considering adding a couple of old-school arcade machines to the lounge for nostalgia’s sake.

The lounge offers membership for varying monthly rates depending on the number of hours attendees spend at the facility. Members also earn points through the software used by the lounge. Points can later be redeemed to purchase additional gaming time, food and drink, and, soon, merchandise. Since March, however, the software has also provided members with the ability to log on and earn points from their home in light of COVID-19.

The shop closed early on in the pandemic amid growing concern about the spread of the virus and reopened Nov. 13. Following CDC guidelines, however, members who choose to continue their play at the cafe are required to wear masks.

For Roberts, the idea has always been to provide a safe space for kids to explore their passions and, hopefully, decrease the chance that they’ll get involved in gangs or drugs.

In addition, his hope is that the lounge will provide individuals that tend to self-isolate and spend most of their time gaming at home with a place where they can connect with other people who share similar interests.

Helping reserved youngsters and teens come out of their shells was the primary reason behind hosting tournaments at the cafe, he said.

“If you’re good at something you want to show everybody that you’re good at it,” he reasoned in an interview with Pinal Ways. “There’s no way that you’re not going to make some sort of connection or friendship with somebody because you’re in the same place with people that are into the same thing as you.”

Run It Up oversees local tournaments for different games, like Super Smash Bros. or NBA 2K, twice a month — and, occasionally, more frequently. The schedule is subject to change depending on the lounge’s other events or commitments, but the goal for Roberts and his team is to host a tournament up to four times a month. PW