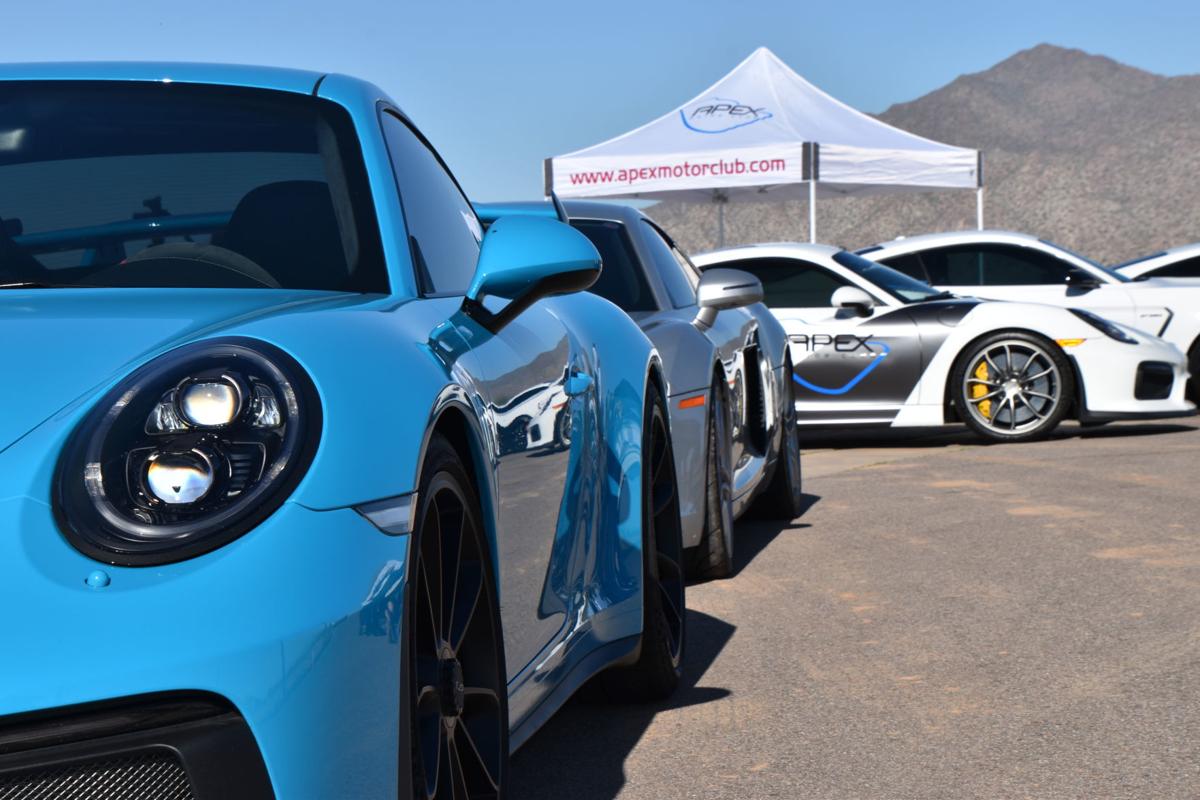 In late 2018, APEX Motor Club broke ground on its future racetrack facility, which opened in March 2019. 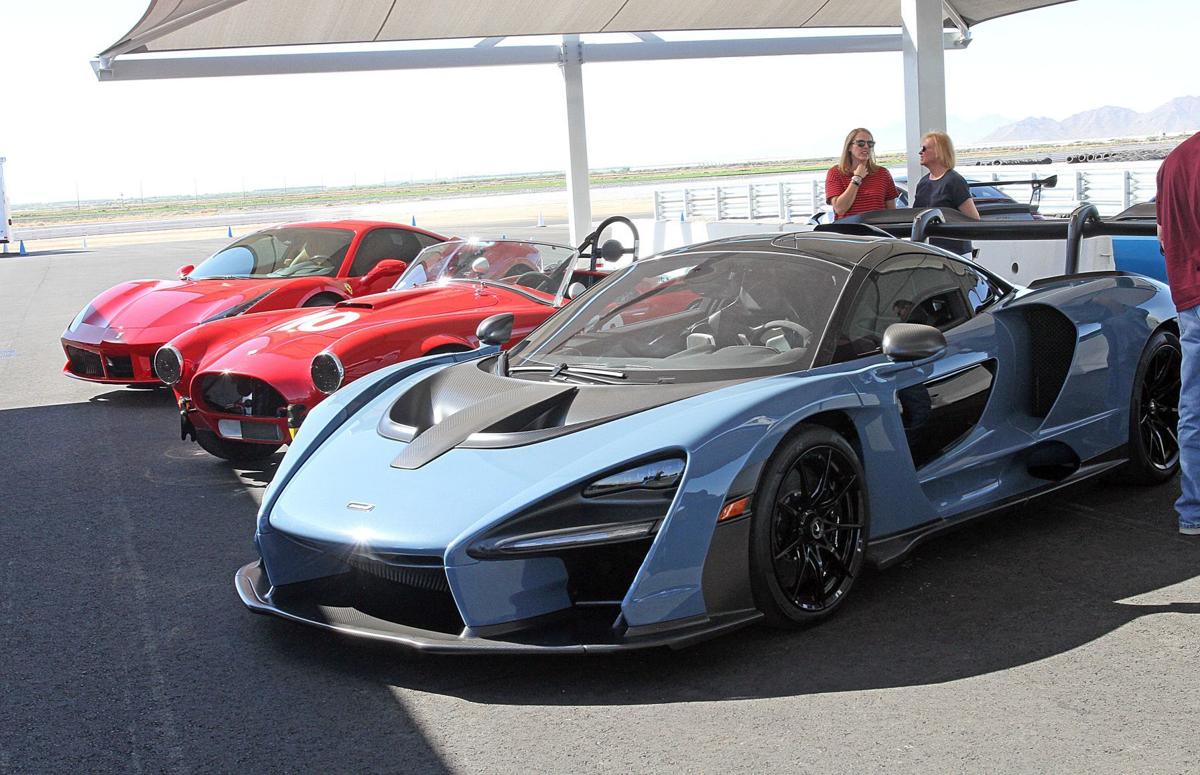 {p class=”p1”}{span class=”s1”}There were plenty of high-end vehicles on display at APEX Motor Club, including this McLaren, front, during an opening ceremony in April.{/span}{/p} 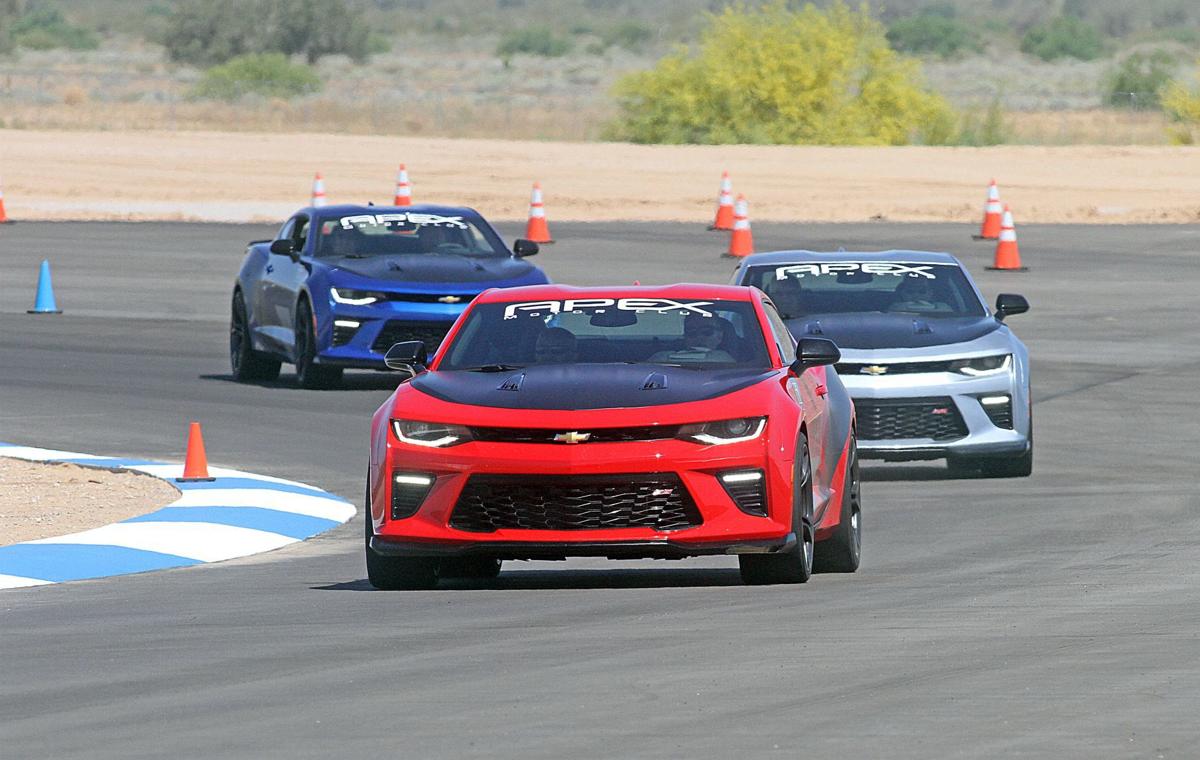 Three vehicles race during an opening celebration in April at APEX Motor Club in Maricopa.

In late 2018, APEX Motor Club broke ground on its future racetrack facility, which opened in March 2019.

{p class=”p1”}{span class=”s1”}There were plenty of high-end vehicles on display at APEX Motor Club, including this McLaren, front, during an opening ceremony in April.{/span}{/p}

Three vehicles race during an opening celebration in April at APEX Motor Club in Maricopa.

High-end vehicle enthusiasts in and near Maricopa who wanted a place to store their cars and their own track to drive on got their wish in March.

After years of planning and legal battles over zoning and permits, APEX Motor Club at 22408 N. Ralston Road opened for business. The club is the first of its kind in the region.

The $40 million project includes a 2.3-mile racetrack, but there are two more phases of construction to go. Those will include condominiums and a clubhouse.

When it opened, APEX announced it had about 100 members who paid anywhere from $30,000 to $75,000 to join. Annual fees can reach $10,000 for the track, clubhouse, timed trials, club competitions and other social elements. The site will have a maximum capacity of 400 members when completed by late 2021.

“Driving around the newly constructed APEX course was definitely a great experience with a nice long straight, some really well-laid-out fast and medium-fast turns and thankfully no awkward super-slow turns,” Luyendyk said in a press release.

The track caters to cars ranging from Corvettes, Porsches and Mustangs to Indy-style race cars and vintage vehicles.

“I’m a car guy, and that’s the beauty of this project. It’s owned and operated by passionate car people,” APEX President and co-founder Jason Plotke said.

Attesa’s track would be available to auto enthusiasts for $4,495 down and $295 per month, said Dan Erickson, managing partner of Danrick Builders, the company developing the track. It is planned for south of Interstate 8 between Montgomery and Bianco roads, on the western edge of Casa Grande.

“Compared with most other driving clubs, we think we’re hitting the bull’s-eye for affordable, high-performance driving and racing,” Erickson said.

The circuit will offer “signal lights, multiple timing and scoring loops and classroom and dining facilities,” according to a press release. The track will boast multiple configurations, garages, a skid pad, a high-performance driving school, on-site fueling and a pro shop.

The primary track is to be used for vehicle and component research, development and testing, and major racing events. The membership track is to feature a luxury club including a swimming pool, spa and fitness center, driver’s lounge and locker room. | PW

ELOY -- At the Dust Bowl Theater on Main Street, J.W. Tidwell could watch two movies and a cartoon, eat popcorn and a candy bar and drink a so…