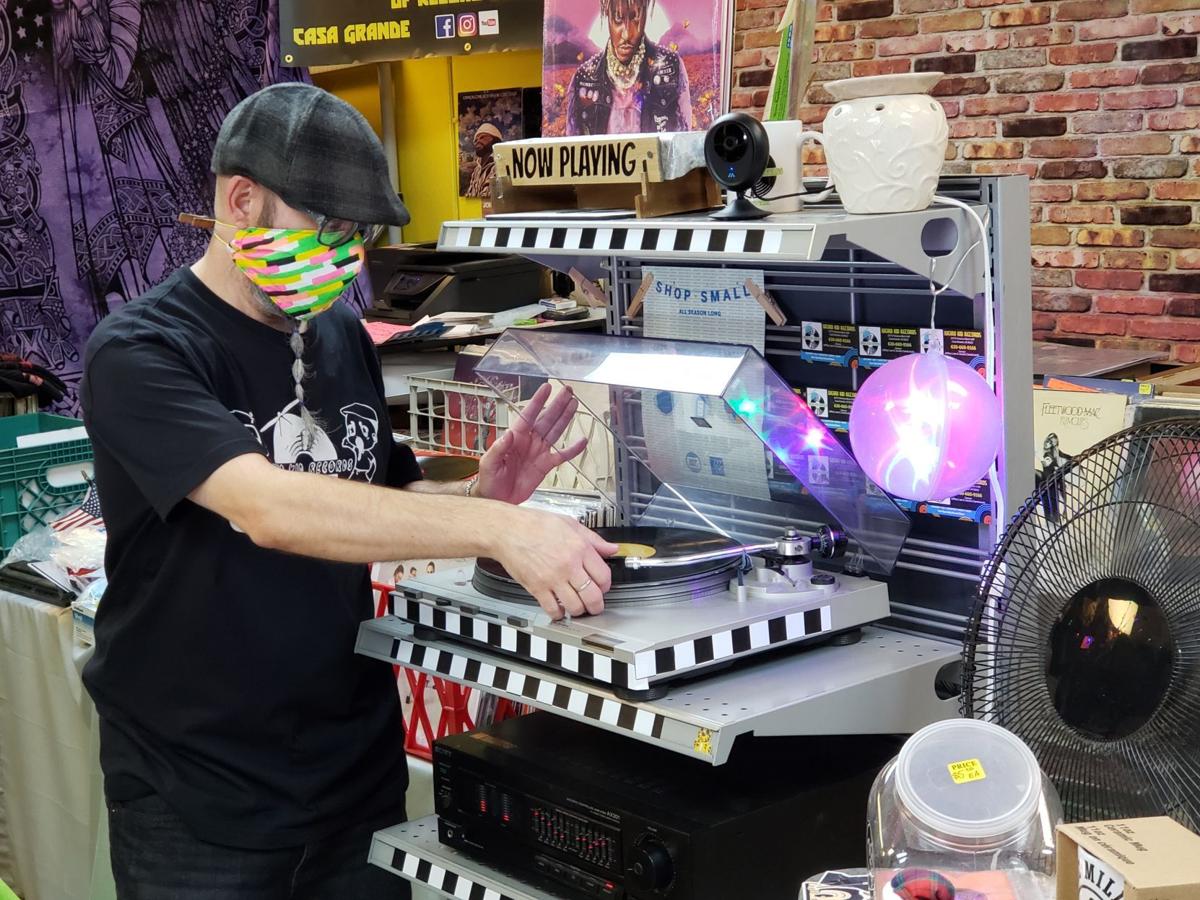 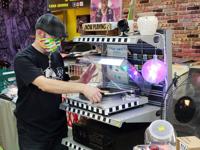 Jeff Law places one of Weird Kid Records’ thousands of albums on the store’s player to be tested for quality. 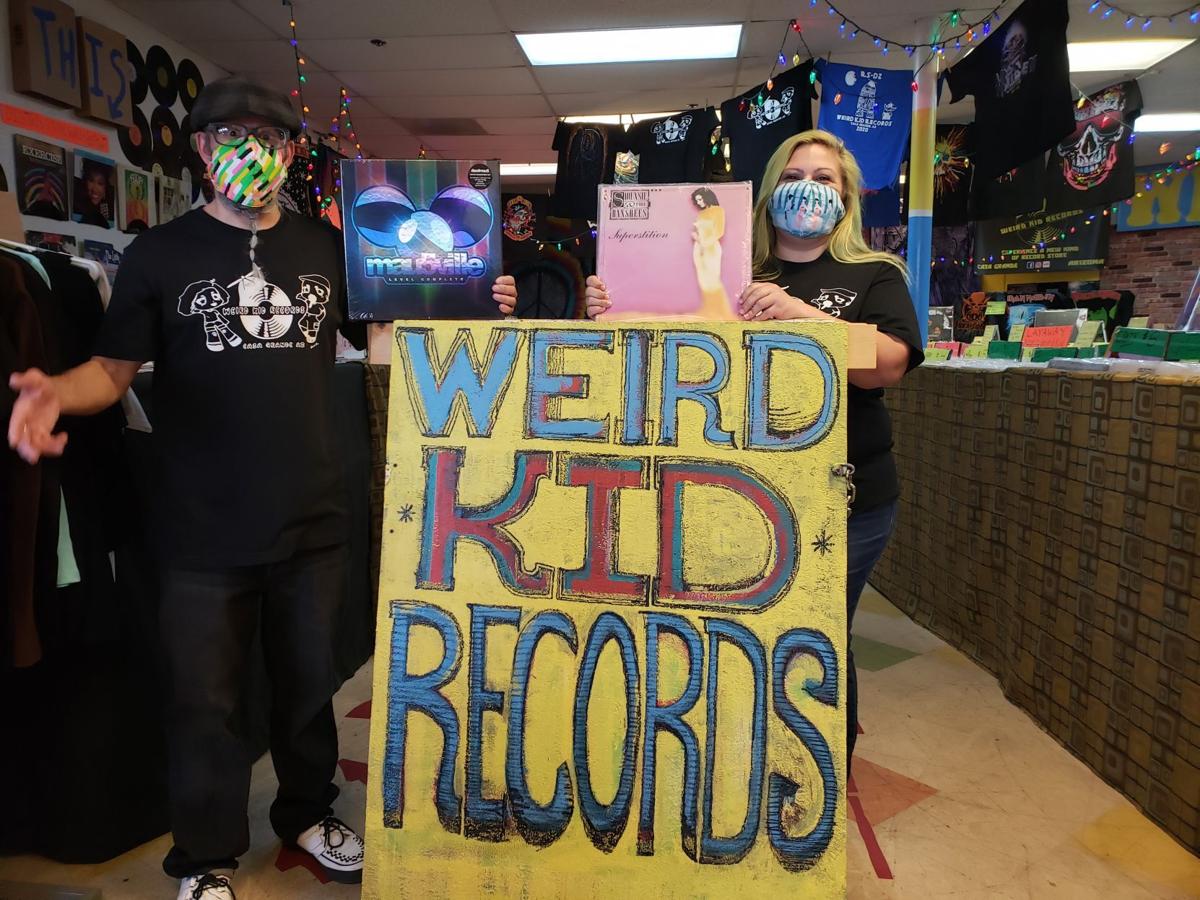 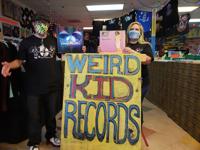 Jeff Law places one of Weird Kid Records’ thousands of albums on the store’s player to be tested for quality.

CASA GRANDE -- Jeff Law still remembers his first record. He was 7 years old and rode his bike with his allowance in his pocket to a local store, where he found a 45-rpm single of Cheap Trick’s “I Want You To Want Me.” Like most of the band’s songs, the music immediately blasted out of his player, and he was hooked.

That piece of vinyl still sits in Jeff’s home to this day, 43 years later. Few possessions ever have that type of lifespan with one owner. What was a fresh, new sound at the time is now considered a classic, but the song still holds a place in pop culture, with new generations discovering it every day. Such is the lasting power of a good tune.

In the time Jeff has had that 45, he has seen its value plummet as first cassettes and then CDs were introduced to the market. They quickly pushed records into the dusty closets along with VHS tapes and camera film. Then came the advent of the streaming service, which put almost any song a person could ever want into one source that could be accessed any time and any place through a cellphone. Seemingly overnight, even the CD became irrelevant.

Jeff’s passion for records stayed strong through all these changes. And then something funny happened — lots of other people started joining him. He stayed with it enough to see, against all odds, the record industry be resurrected as more and more people of all ages started to value having music that belonged to them, that wasn’t just another song in a never-ending archive on a phone app.

“You’re not gonna hold the cover on digital,” he said. “So it’s always fun to come on in and dig through vinyl.”

Knowing he might have found his moment, Jeff quit his suit-and-tie career to start his own record store in his hometown of Arizona City, along with his wife Jessika. They found a space in 2017 they described as barely bigger than their kitchen, and that’s where Weird Kid Records was born.

The response from music fans made it clear that wasn’t going to be enough, so they found a much larger spot in Casa Grande, in the Fry’s shopping center on Florence Boulevard, Suite 149. They took the 1,000 records they had in the Arizona City store and tripled that right away through their warehouse supplier. Now their inventory is around 10,000. They represent all genres over all time periods, with new arrivals making sure to keep customers flipping through in search of their personal Holy Grail.

Some might have wondered how a store could survive selling items that, until the past few years, were shrugged off as antiques. But the Laws knew there was demand out there and a desire to bring back the personal connection to music. Nobody wants to be just another number on a streaming total, after all.

“People want to own their stuff again. That’s what it comes down to,” Jessika said. “We get families that come in here, parents with their kids, and it’s really cool to see them connect over music. There are stories behind each piece of music.”

Especially around Christmas, the stories started to form a pattern. A customer would come into the store and talk about the record player they had as a kid, sitting with their parents listening to a song of yore, and how they want to create that same connection with their own children.

Others get into records because of the aesthetic. They like having a big, bright cover to look at, or to hang on their dorm room wall, or to have guests browse at their homes. There are also audiophiles who demand the best quality sound when listening to music. They sure aren’t going to get that from a streaming service, which compresses audio tracks in order to take up less space and memory. Records have the depth of sound that allows every instrument to shine, filling a room with music the way creators intended.

But in the end, every piece of music means something different to the individual listener. Somebody is unlikely to be a huge fan of an artist because of their hit singles, for example. They probably found a track hidden deep in an album that awakened a part of their soul in a way that is impossible to replicate. That feeling will never be forgotten, and thus that piece of music will be forever a part of that person’s life.

“Music is very personal, and there’s a lot of music out there,” Jessika said. “We try to stay as current as possible, but that’s also why we love when people come in. We ask them what they’re listening to and finding new artists and seeing if they’re not strictly digital.”

Indeed, Weird Kid Records wants to assure people that their shop is not just a relic to the days when Dolly Parton and the Rolling Stones were topping the charts. They sell all the latest music, no matter the genre, and are well-versed on the state of the record player industry. Things have changed in that regard, as most that come out these days have CD players included, and music can be transferred from a record to a digital format.

But for those who want the old stuff, there’s plenty there too. Most of the records in the shop are actually out of print, meaning there likely won’t be any more copies coming out in the future. So if you find a Linda Ronstadt album you’ve never seen before, grab it, because you likely won’t get another chance.

Customers can also be assured that their new record has been tested and treated well, so they won’t go home and discover a bunch of skips in the music. Jessika plays every single vintage record in the store on their player, listening for any issues that might pop up. If there are a few skips, the record gets placed in the discounted area. If there are a lot of skips, they get sold for 50 cents or so, mainly for decorative use.

Whatever happens, there is pride in finding something that was once loved before being left for dead in a closet or garage, and giving it a new life with someone else.

“These records become like my kids,” Jessika said. “They’re all waiting to be adopted and to be taken home and enjoyed. They get to be listened to like they were meant to be, to be loved.”

That’s the type of care Weird Kid Records provides that they say you can’t find at the big box stores. Jeff believes strongly that mom-and-pop businesses like his are ideal for products like records, because there is a personal touch that ensures quality while connecting customers to their next favorite album, educating as well as selling. He hopes people realize that, and they continue to support local business during a time when customers are needed the most.

During the COVID-19 pandemic, when putting hands all over hundreds of records might seem undesirable, Weird Kid has done whatever it can to stay open. That means only allowing a few people in at a time and requiring plastic gloves provided by the store to rummage through the offerings.

When customers get back home, where they are forced to be during these times, Jeff hopes the record will be a new friend to keep them company in the darkness.

“It’s all about taking a moment out of this crazy world, especially in 2020, and sitting down and listening to something other than all the noise that’s going out in the world,” he said. “Music will take you anywhere you want. It will literally push you forward.” PW