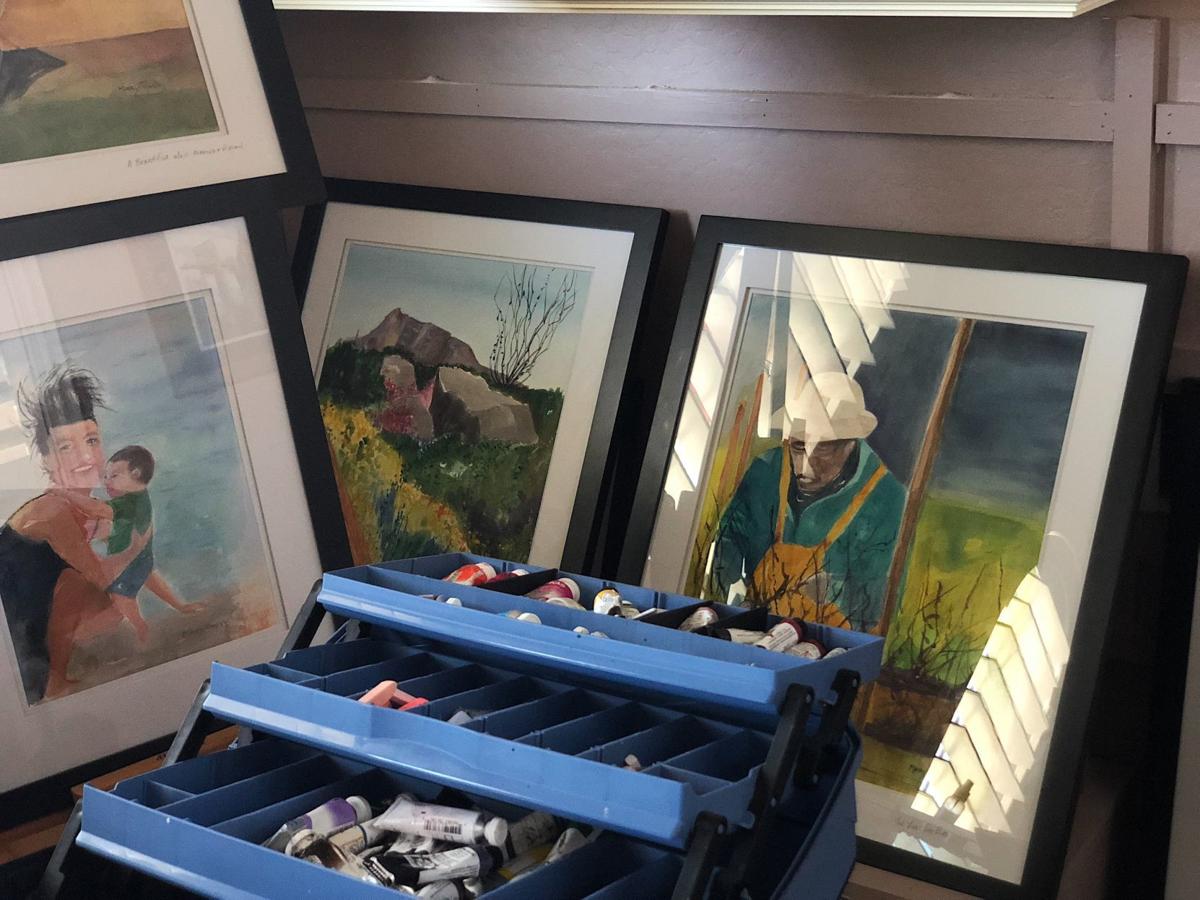 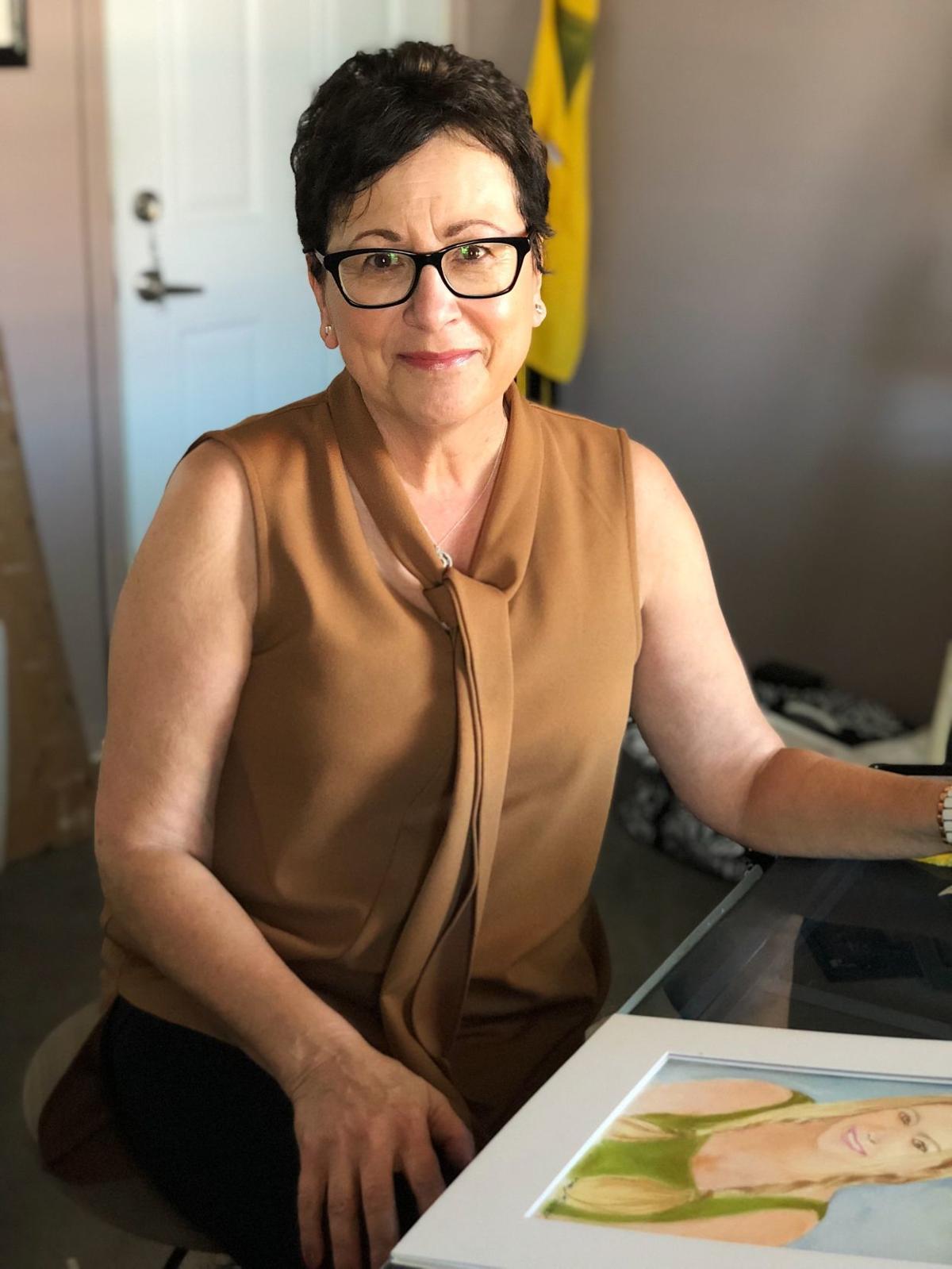 Mary Tingley is a member of the San Tan Artists Guild, whose purpose is to promote and encourage artists who reside along the San Tan Mountain Range, including Florence and Casa Grande. 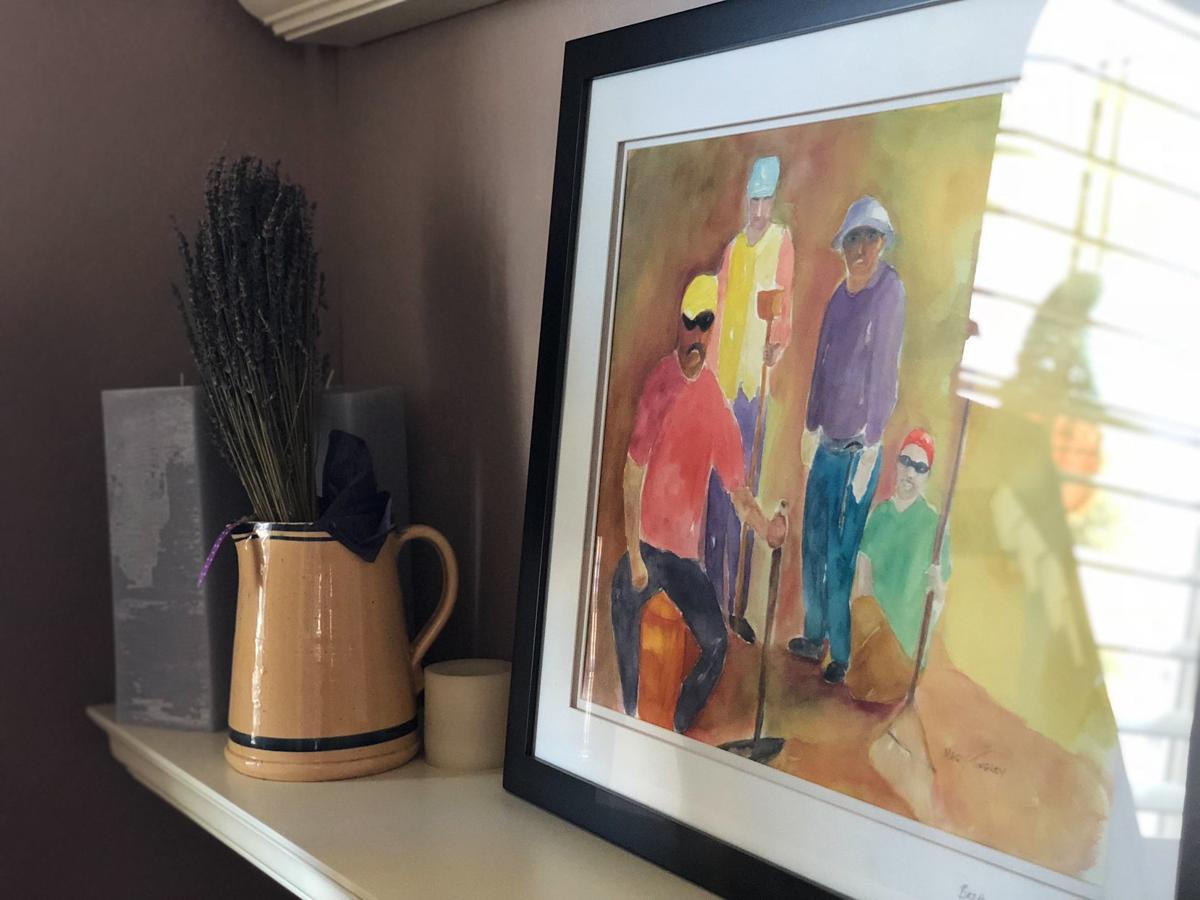 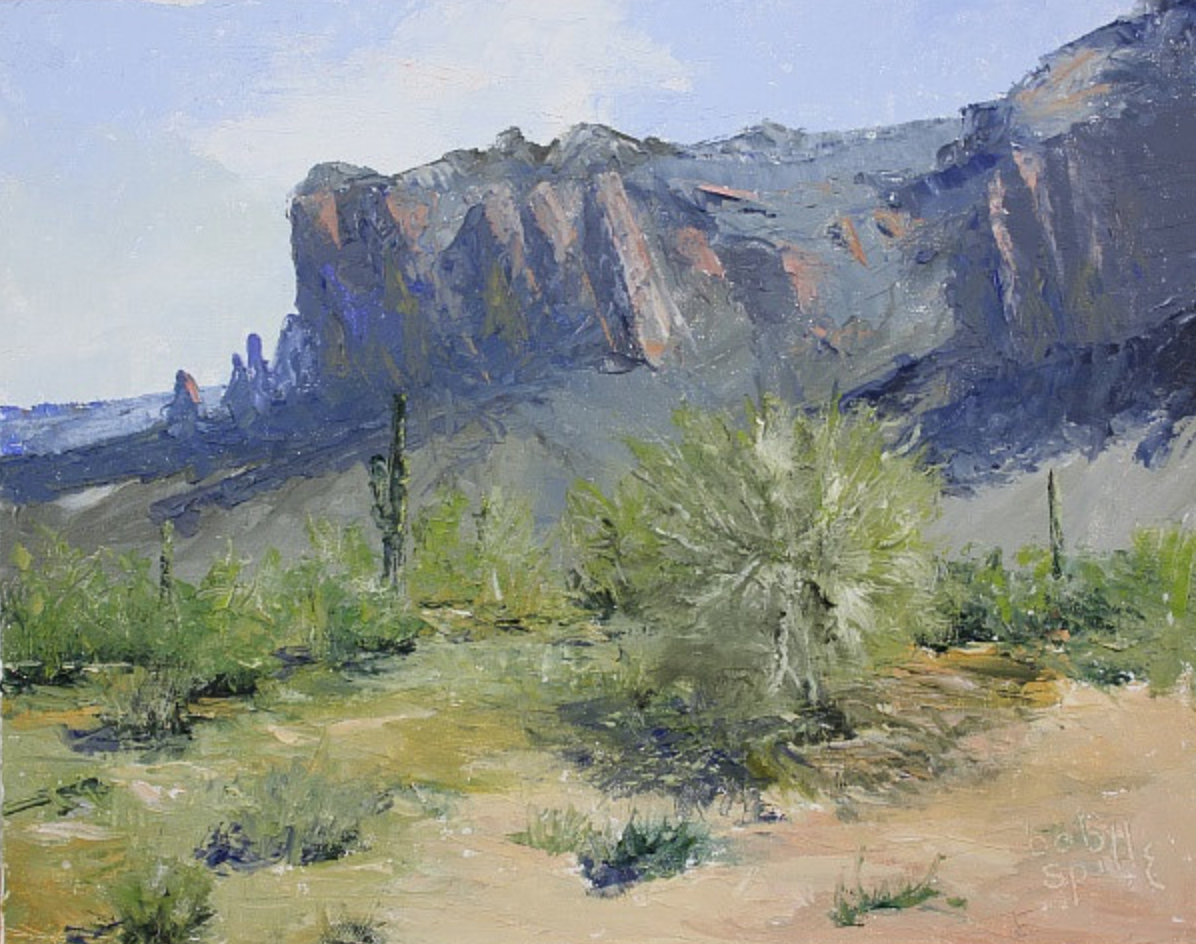 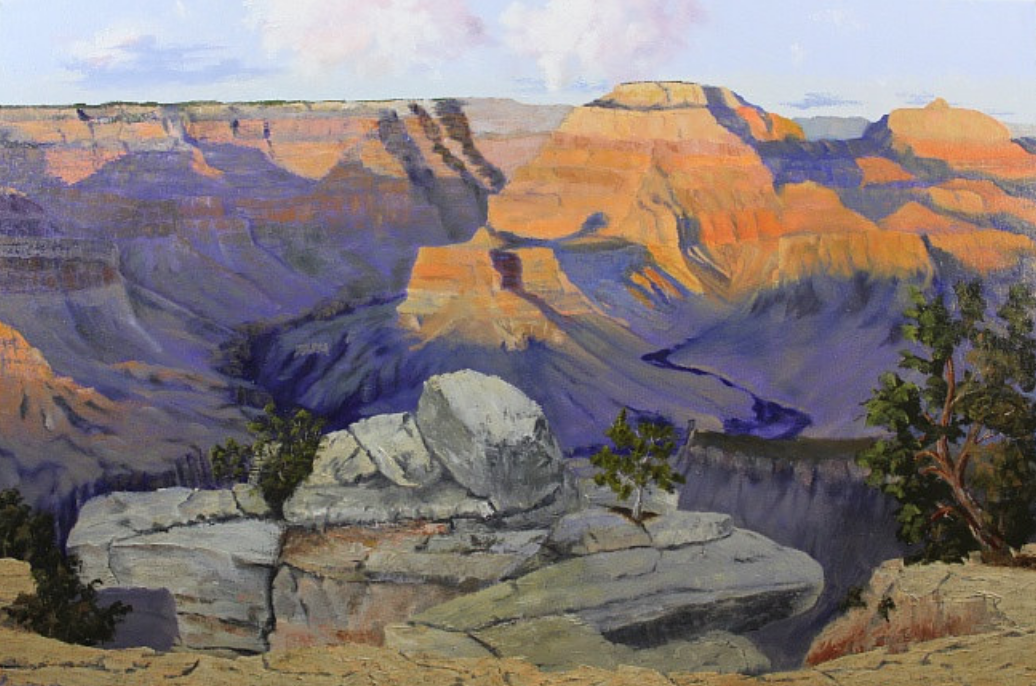 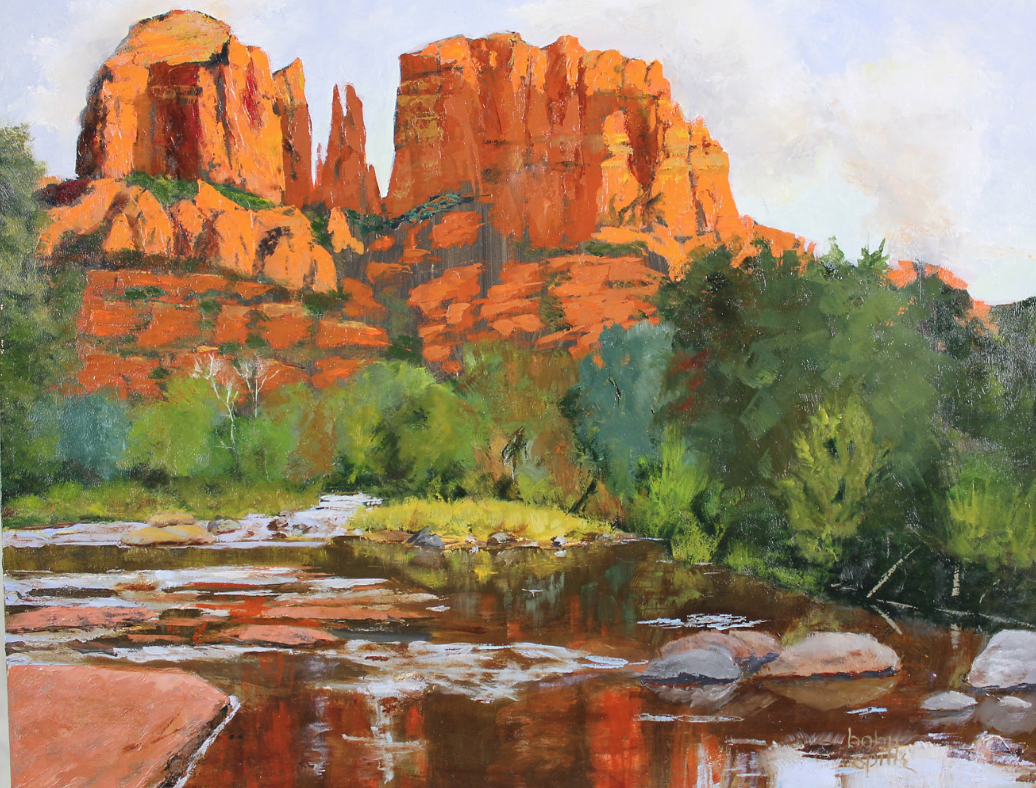 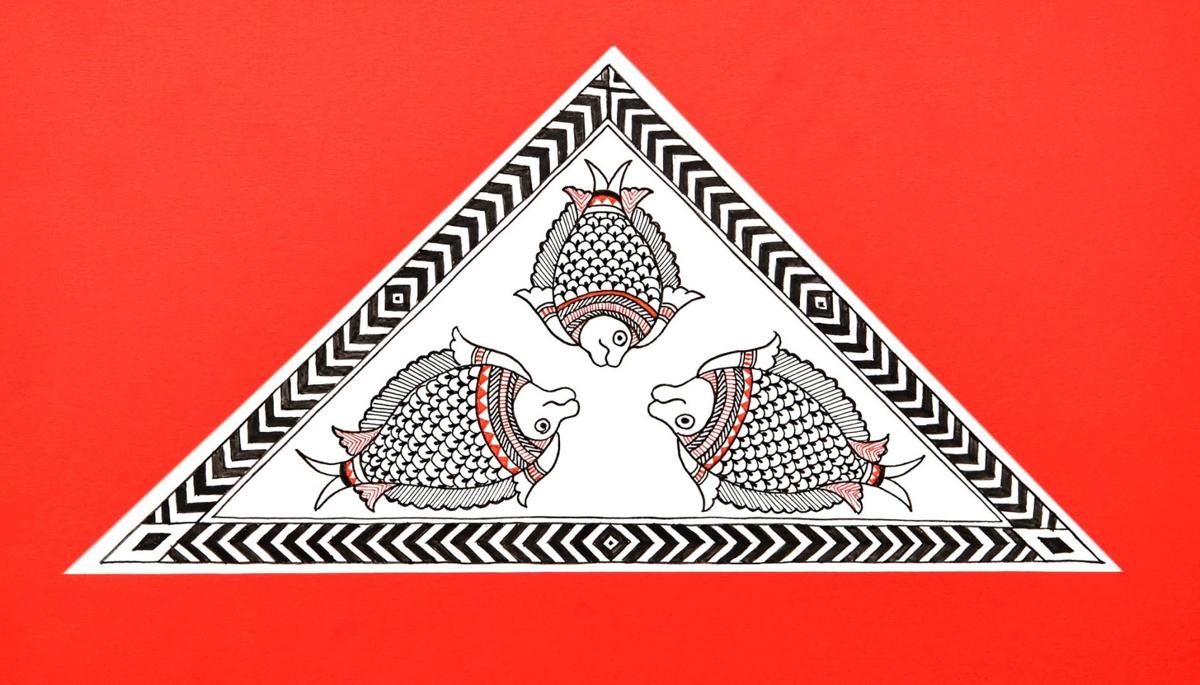 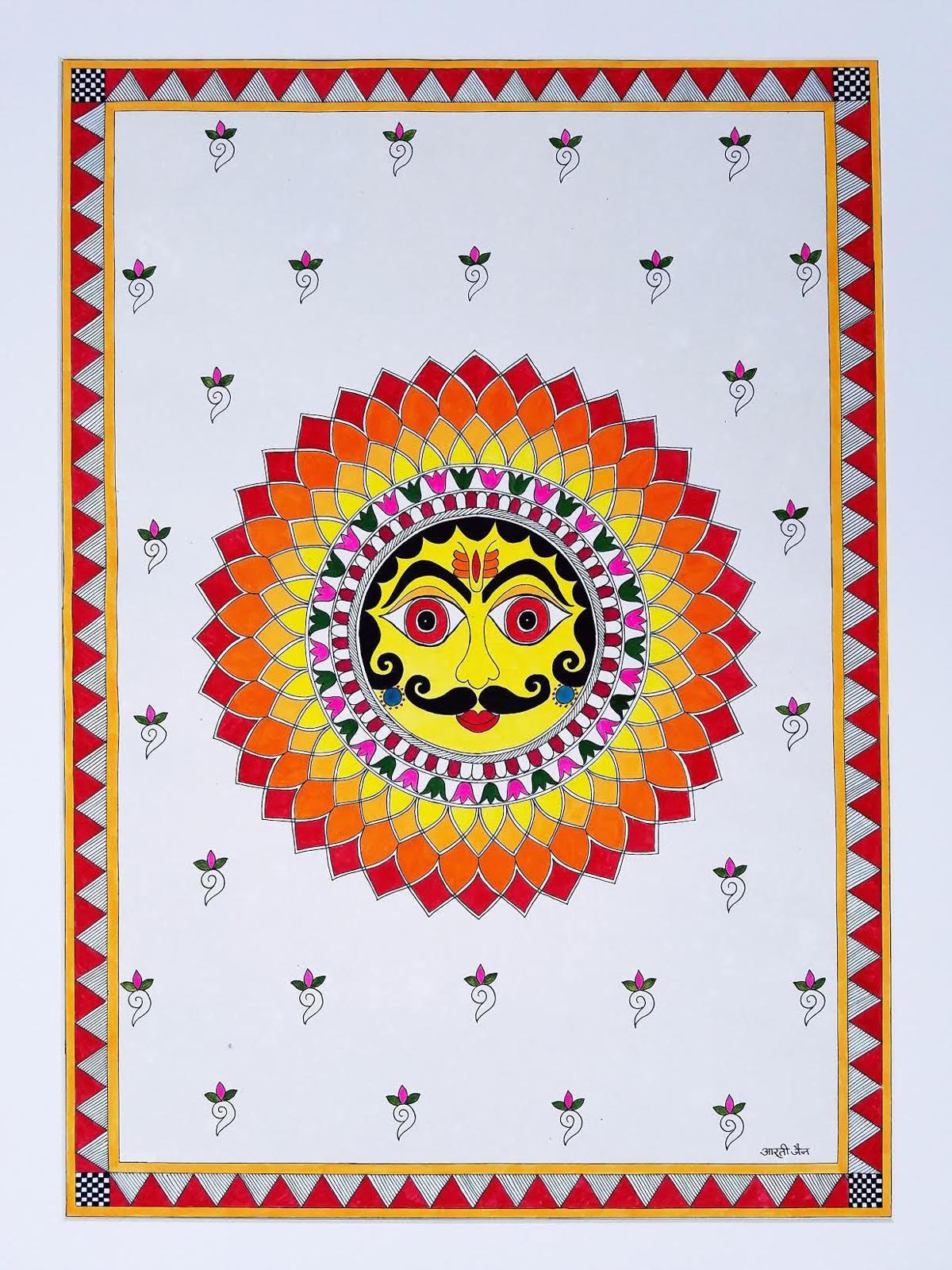 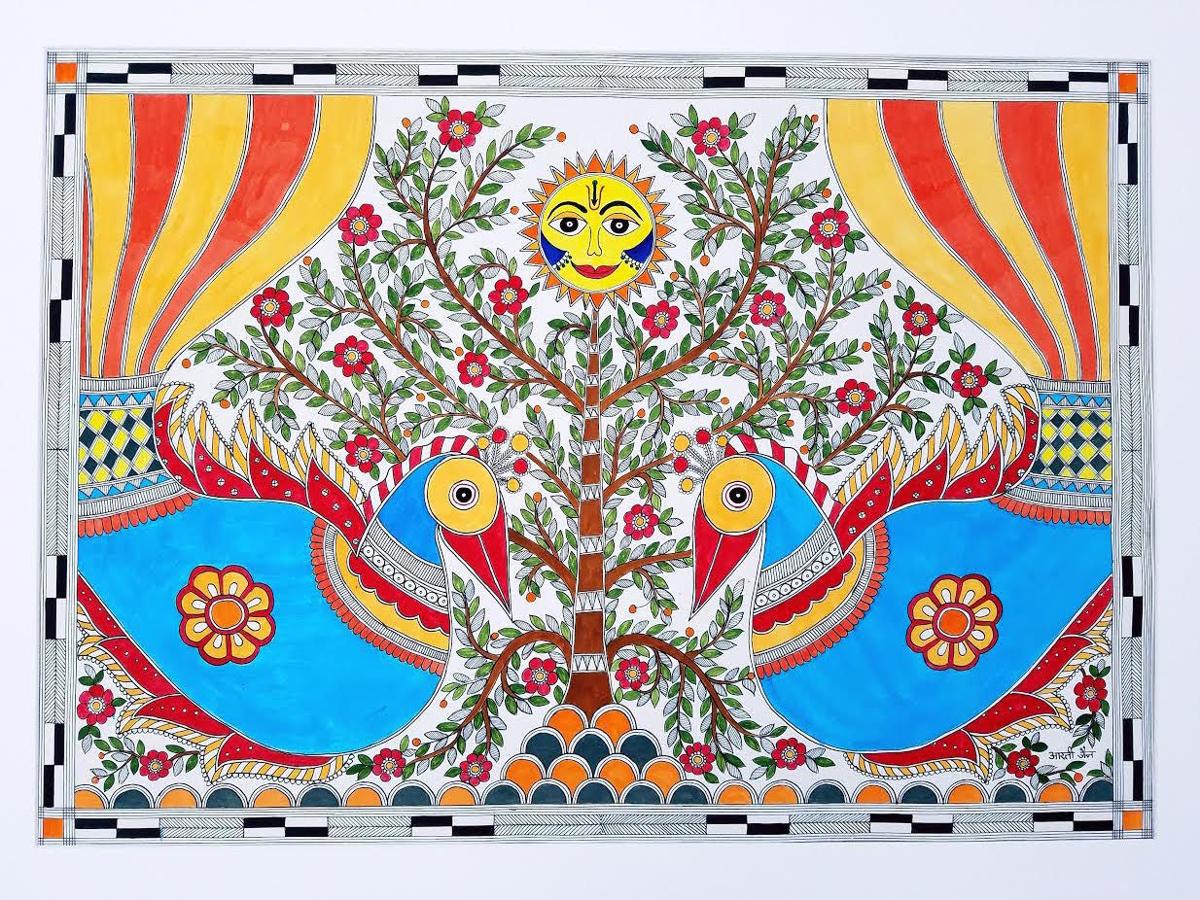 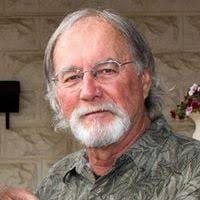 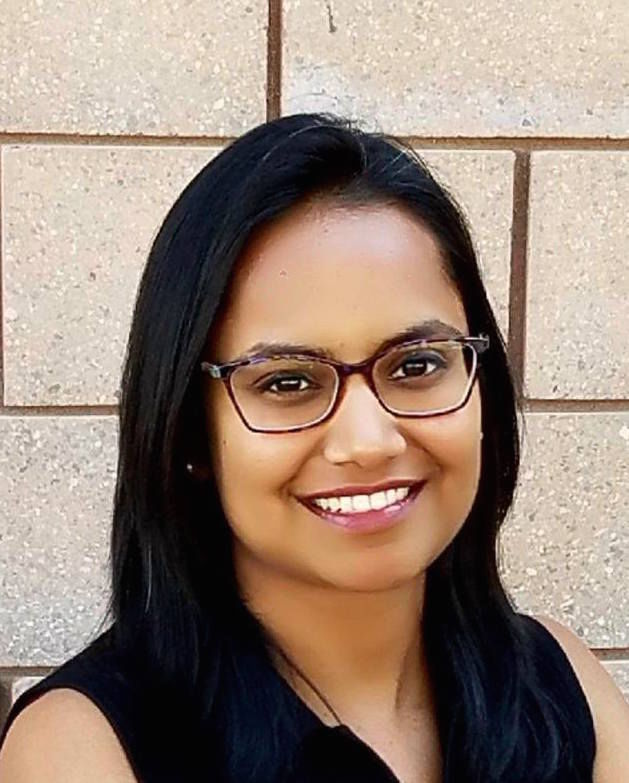 Mary Tingley is a member of the San Tan Artists Guild, whose purpose is to promote and encourage artists who reside along the San Tan Mountain Range, including Florence and Casa Grande.

For many independent artists, juggling their creative endeavors and turning them into an entrepreneurial feat is no easy task. From lugging their work to festivals and fairs, to learning the ropes of social media, the following three artists have molded their art into a lifestyle all its own.

One, Bob Spille, is a member of the Casa Grande Art Association, which advocates for all forms of fine art in the Casa Grande area. He is also on the Casa Grande Art Museum Board of Directors. The other two, Arti Jain and Mary Tingley, are members of the San Tan Artists Guild, whose purpose is to promote and encourage artists who reside along the San Tan Mountain Range, including Florence and Casa Grande, by providing networking, training, workshops, lectures and show opportunities. Jain is the guild’s president.

Arti Jain is no stranger to the balancing act of an independent artist. She has been painting since her childhood in India, but it was a passion that faded as she grew older.

“I wanted to pursue it more professionally, but then I had to make a choice between a career that will support me financially and a career which has a very given name as ‘struggling artist,’” Jain said.

After getting cold feet, Jain decided to pursue a career in the field of environmental sciences, which is still her primary job.

After frequently visiting the United States as a tourist, Jain permanently moved to Arizona in 2014. The move prompted her to finally pursue her dream of being an artist and to take her painting more seriously, and the cultural shift she had to overcome added to her desire to create.

“I think that was another trigger for me to be able to share my culture, my heritage, in the form of art with people,” Jain said.

Since then, Jain has been creating paintings mainly inspired by her Indian origins such as Indian tribal art and nature — a genre that is often overlooked in the Arizona arts community where Southwest landscapes dominate.

“I think keeping myself inspired is not a problem at all,” Jain said. “Creating something new every day, success or not, trying it is a big part.” Jain works with several different mediums, including ink, watercolors and acrylics, and strives to continuously challenge herself.

“With my Indian art, what makes it stand apart is I do it on handmade paper with natural pigments and ink,” Jain said. This organic approach allows her to be environmentally friendly while continuing the traditional practices derived from her culture.

Jain has created her own online Etsy storefront, ArtsyArti, where she sells custom-etched glassware and wood paintings. The custom approach allows her to collaborate with customers to translate a vision into art. Jain also displays her artwork at local galleries, festivals and competitions as well as on social media.

“It is a struggle for an artist to put their work out there and share it with people. It’s very tough, especially not having a degree in arts,” Jain said.

The challenges of being a self-taught artist, Jain said, can be the lack of resources such as a curator or marketing guru, skills she has since had to learn herself.

The San Tan Artists Guild has given her a platform to grow as not only an artist, but also an entrepreneur. She eventually would like to be a full-time artist, but doesn’t want to wait to make a name for herself. “I think one thing that I’m doing differently is working on it today, for my tomorrow,” Jain said.

Mary Tingley became interested in art at a very young age due to her father’s influence and various art classes she took throughout grade school and high school.

Tingley attended college as an art major in upstate New York before her impulsive move to Arizona as a young adult. This required Tingley to push her artistic passions aside, and it was only after her retirement in 2014 that her husband encouraged her to pick up her brushes once more.

“When I jumped in with both feet, I started out really questioning myself, whether I could really do this again,” Tingley said. Four or five years ago, Tingley said, her artworks started out small and timid, but have since visibly grown to become large and vibrant framed pieces adorned around her home. Once Tingley acquired her confidence again, she started a website and applied to art shows.

After dabbling in various mediums, Tingley has come to exclusively work with watercolors. The oils and acrylics she had worked with in the past didn’t allow the same spontaneity, she said.

“It has a luminescent quality that is very natural if you’re successful in getting it right,” Tingley said. “The brilliance or the range of color that you can get in watercolor is like no other medium.”

Tingley’s watercolor paintings primarily depict desert landscapes, nature and street scenes. When asked how she stays inspired within the midst of an art community that is heavily influenced by the Southwest landscapes, Tingley tries to capture the subtle seasons in between.

“The light is different,” Tingley said. “The colors are more subdued during that time.”

She added that a close friend once referred to her artwork as “Mother Nature’s Melancholy.”

Tingley worked in a corporate business, and she has translated that knowledge to the business side of her artistic career.

“I knew enough about marketing and business, but what I found was that it’s a whole different ballgame,” Tingley said. “You’re selling yourself. You’re selling what you produce, you’re not selling a financial product or a commodity, and that was terrifying to me.”

Tingley has since produced pieces for festivals and shows, featured her works in juried galleries and created commission pieces for a series of customers.

“It’s been remarkable, the number of people that I’ve met, that have similar stories of, ‘you’ve lived long enough now, what do you do, and what do you want to do’,” Tingley said, “and this has always been a dream of mine.”

Bob Spille decided to pursue his passion for the arts post-retirement, starting several years ago when he was 70.

He discovered an interest in art in the military while stationed in Germany. At the time, his wife was taking painting classes, which prompted Spille to pick up a brush and try for himself.

He didn’t pick up a brush again until 2010, but during that in-between period, he always found himself appreciating art and galleries.

In 2011, after settling back down in Casa Grande, Spille stumbled upon a local “plein air” (painting on location outdoors) competition.

“I said, what the heck, maybe I’ll just enter that and see what happens,” Spille said. He won best of show and a check for $1,000, thus encouraging him to continue his artistic career.

Spille started taking local workshops and classes to strengthen his skills as a painter and produce something meaningful rather than just passing the time.

“I think that I’ve gotten better over the years and I’ve enjoyed it immensely,” Spille said. “It’s just a great way to relax and kind of lose yourself in something other than playing golf or eating.”

Spille’s artwork is primarily of Southwest and desert landscapes, more specifically plein air paintings. The plein air technique allows him to interpret nature, such as shadows and distance, possibly different from copying a photograph.

In the several years that he’s been painting, Spille has managed to sell some of his pieces, have his own individual show at the Casa Grande Art Museum and continue to contribute art to other shows. However, Spille never wanted to have to keep up with sales or worry about the marketing side of an art career.

“I’ve had enough success, I guess, that it’s kept me interested in learning and growing,” Spille said. | PW