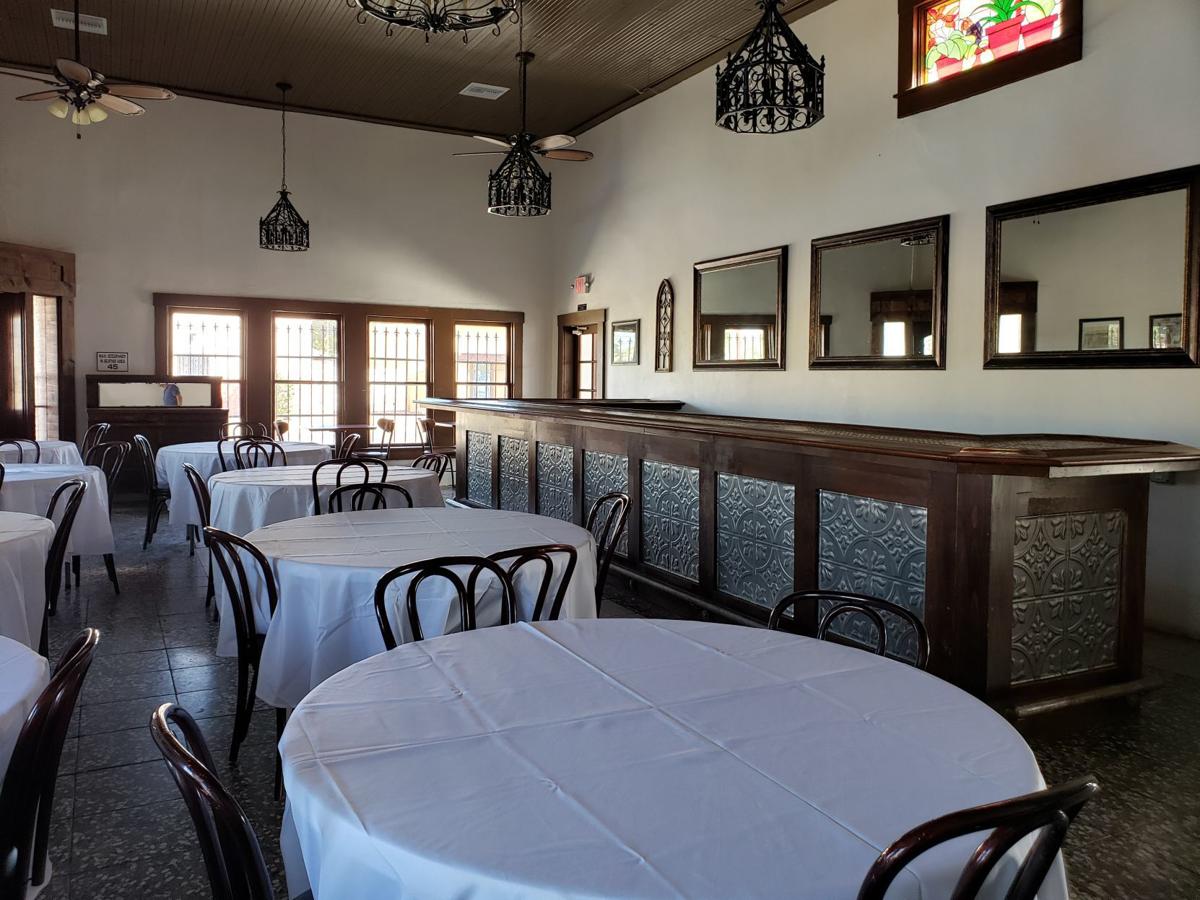 The Landmark Event Center has much of the interior from the original building that was constructed in 1907. 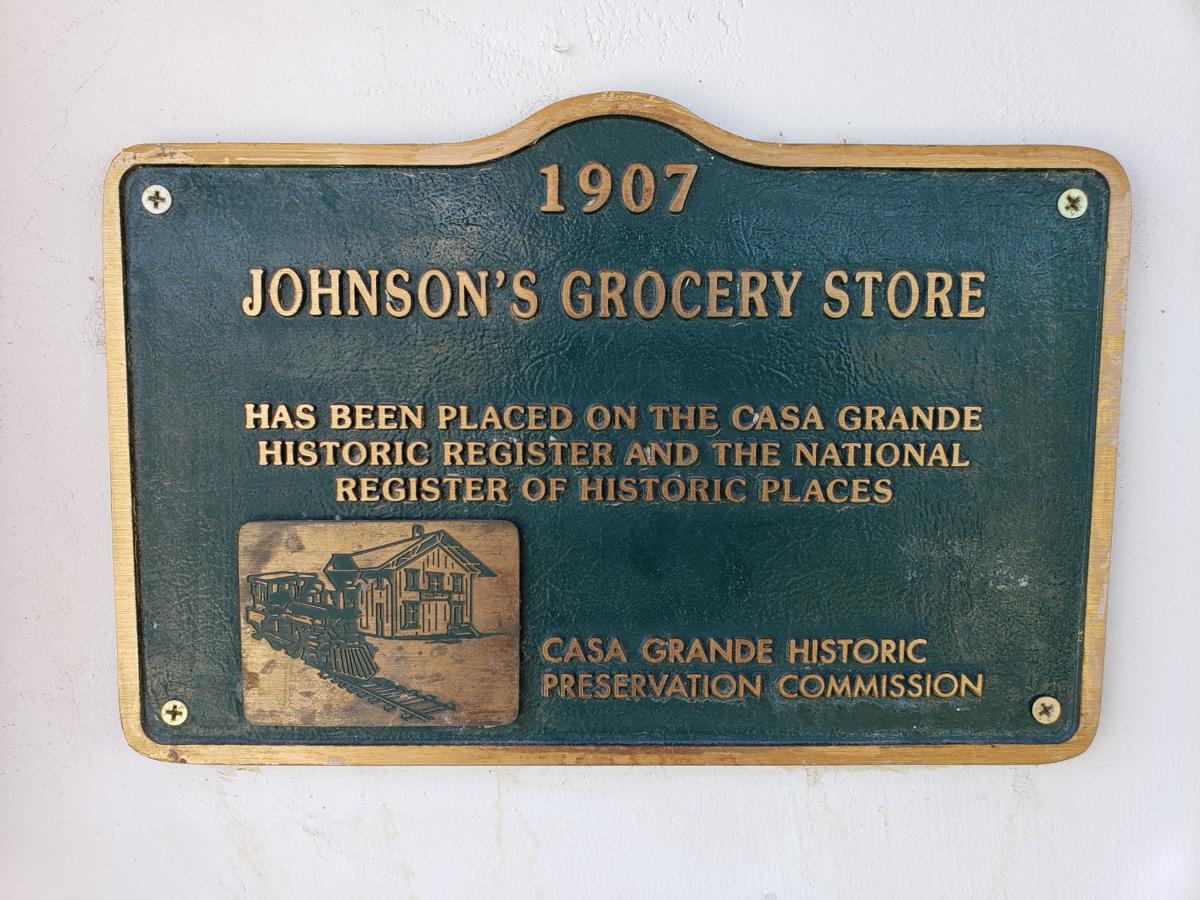 The Landmark Event Center has much of the interior from the original building that was constructed in 1907.

W hile the lifespan of a business can see many different people and directions, the same can be said for a building.

For those who grow up and stay in a community, these buildings can mean much more than just the parts that keep it upright. It can become another part of a person’s life, like a friend or relative.

That was the motivation that drove Greg Serrano to purchase the large building on the southeast corner of Third and Picacho streets. It wasn’t for the money — he says he wouldn’t have taken the project on if it weren’t for all the memories he had associated with it.

Serrano, who makes a living flipping homes, purchased the adobe building in 2014 and soon discovered how challenging it was going to be to renovate. Aside from the sheer size of the property, the building is listed on the National Registry of Historic Places, meaning there are extra regulations that must be followed. The process wound up taking more than a year before Serrano was able to open Landmark Event Center.

“The biggest challenge was money,” Serrano said. “As time goes on, it was hard to budget. When I’m flipping properties, it’s pretty easy to budget. But with something like this, with all the unknowns and dealing with the city and the historic register, there were so many hidden costs that kept coming up.”

But he said he never thought about giving up.

“Once we started, it was full bore,” Serrano said. “We worked on it every day until it was done.”

The building was constructed in 1907 and became Johnston’s Grocery Store (it appears to have been misspelled as “Johnson’s” on the National Register), which served Casa Grande until the 1930s. Later, it would become known as Sofia’s Mexican Kitchen, which is how it was entrenched in Serrano’s memory.

He remembers growing up in Casa Grande when there were two Mexican restaurants in town — Sofia’s and Ochoa’s. As a student at St. Anthony Catholic School, he ate a lot at the former nearby. So when the building was up for sale for several years, he eventually drove by it enough times to want to save it from potentially going into disrepair.

The idea was to initially return the building to its restaurant days, as everything was already set up for that. Serrano said he had someone approach him wanting to open a steakhouse there, but they eventually dropped out. That was when the idea came up to turn it into a venue.

Since opening, Landmark has been booked on almost all its weekends, playing host to weddings, birthday parties, retirement celebrations and any other occasion where people need a large, attractive site. Saturdays are actually booked a year out.

By getting into the brick-and-mortar business scene, Serrano is also following a family tradition. Back in 1926, his grandfather opened a clothing shop called The Popular Store, which was located on the original Main Street in downtown Casa Grande. The name was changed to Serrano’s in 1954 when the family purchased a new building on Florence Street, where it stayed open until Greg’s dad got sick in 1989.

“That was around the same time the Walmart was coming in, and some of these other big retailers,” Serrano said. “So it was time.”

His brother Chris owns Casa Grande Consignment on Florence Street, where the old JC Penney used to be.

Now Greg is adding to his family’s legacy with Landmark. And there is plenty of legacy to be found in the building. The ceiling, flooring and other parts of the interior are all original, with the rest being made to look like it would have when it was built.

Pictures of old-time Casa Grande — including Johnston’s, Sofia’s and Serrano’s — are all displayed on the walls, symbols of why Serrano wanted to tackle such a massive project in the first place. When it was finally opened, a sense of relief and satisfaction came in.

“It felt good, especially after spending all that time and effort on it,” Serrano said. “We kind of started off slow, learning how to do the different events. But now, we’re booked.”