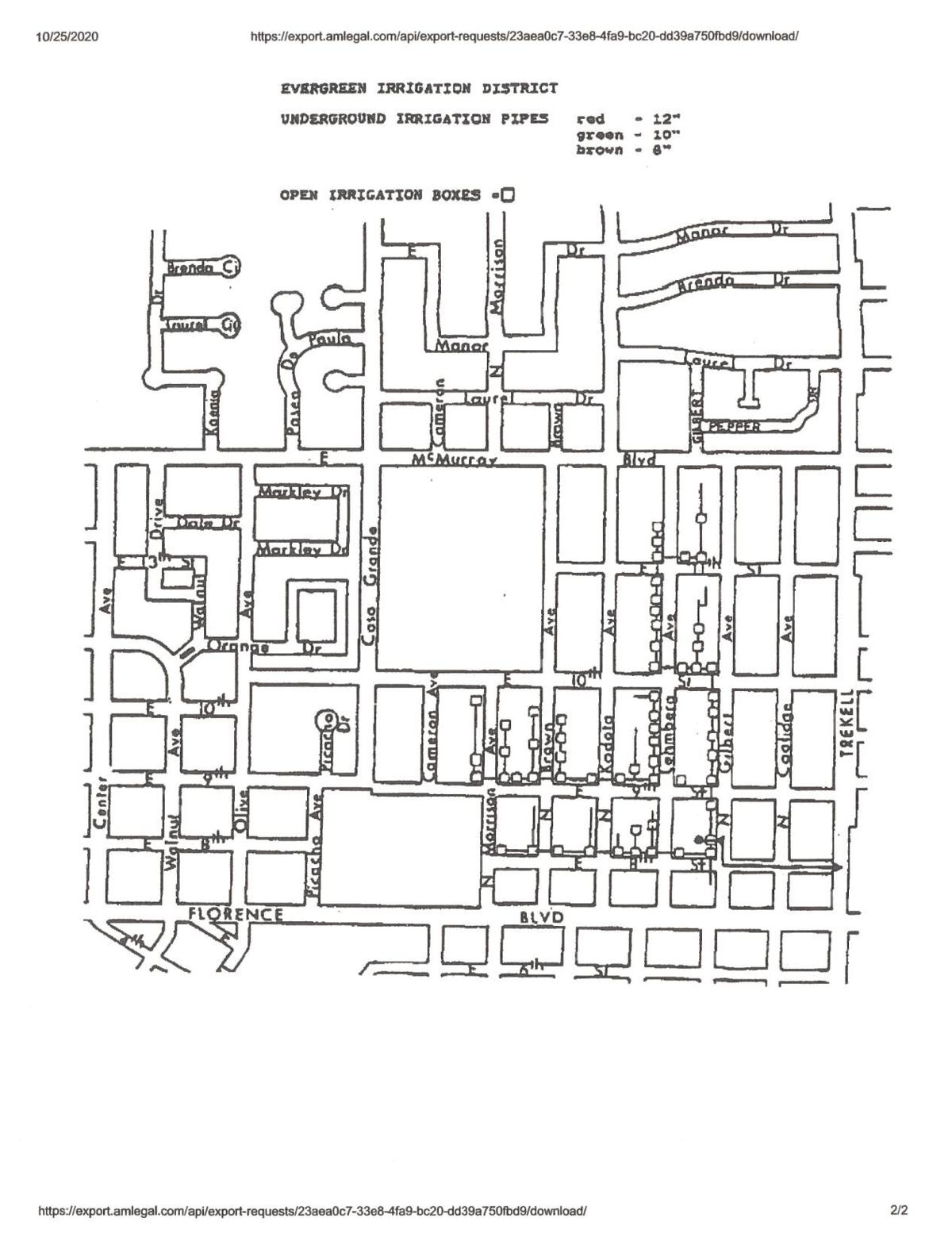 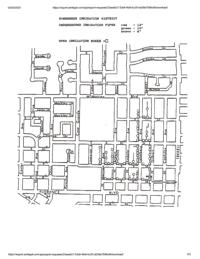 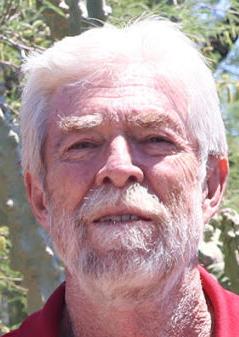 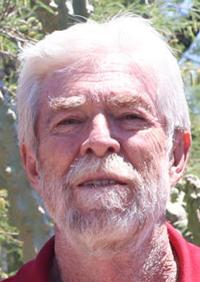 I have written this letter many times and finally have decided the truth needs to be known.

On Oct. 5, the City Council voted 4 to 3 to kill the Evergreen Irrigation District. The meeting opened with two department heads pleading their case that the irrigation district needed to be terminated. They were given no time limits. I was given three minutes. I hope you will give me more time by reading this letter than the City Council. I learned many years ago, if you let government state erroneous facts, their factually incorrect conclusions will always be rubber stamped. City staff did not show how they had arrived at $1.2 million (which is the cost of a well that produces drinking quality water) just as they avoided the five requests for public records.

City staff testified that they maintained our $45,000 vertical hollow well shaft pump every five years. A lawn mower is maintained better. The things that led to our pump breaking were either from sheer neglect or willful intent. The city turned a 90-year-old well into a really big hole and must repair it. We teach our children how to be responsible for their deeds and actions and one would hope that our elected body could show that they were taught the same. That is true leadership.

I was admonished when it was my turn to speak that I would be limited to three minutes period and that they had a clock. After my 180 seconds, I was told that I could sit down. The next speaker was Phil Bond, who knows more about plants than just about anyone. He had prepared a nine-minute talk, being given six extra minutes from two of the residents. He was told to sit also, but not before warning the council that when a palm tree is cut off from water, it dies. When it dies, it falls. When it falls down, it causes some damage, and the city is totally liable for any damage caused by any of the 350-plus palms that we have in the Evergreen Historic District.

For those who do not know me, I have lived in Casa Grande for 70-plus years. I have been involved in the restaurant and hospitality business for 40 years. As a part of our business, my family and I buy historic buildings that are empty and in need of great repair and make them functional again while preserving the historic integrity of the buildings. I also chose to buy the historic O’Neil home on Lehmberg to raise my family. Giving life back to historic properties is certainly not the most profitable way to run a business, but it is not what you take in life, it is what you leave behind.

Now back to framing the city staff argument on skewed facts. The Evergreen Irrigation District is an area designated in Casa Grande City Code 13.16 (and is still the current City Code) from Morrison to 10th Street, from Kadota to Gilbert and from Gilbert to McMurray. The Historic District has approximately 203 homes, not the 23 homes (per the skewed facts of city staff) whose owners were portrayed as greedy and looking for a handout. The number of irrigation users over the years has shrunk to 23 users because the irrigation system was not operated and maintained properly by the city. The Evergreen Irrigation District is a critical part of the Evergreen Historic District, which was created by the city of Casa Grande (and the city Historic Preservation Commission), which includes 16 contiguous blocks.

The City Council voted 4 to 3 to kill the Evergreen Irrigation District. The City Council was then asked how they voted and why. Councilman No. 1 said something like he could just not vote to fund this because of the precedent that it would show to the other 60,000 residents of the city. I asked him where were the citizens that opposed us and reminded him that there was only one irrigation district to destroy so there would probably be no need to worry about the bad precedent. Councilwoman No. 2 said she was voting no because of the dozens of phone calls that she had gotten asking her to do so. Weird that she was the only one that had her phone ringing off the hook because the city had done a good job of keeping this issue out of the paper. None of the residents were even given notice that their 90-year-old irrigation well was about to be terminated. Again, I asked them where are all these supposed residents that want you to kill our 90-year-old irrigation system. Councilwoman No. 3 said she had to vote no because how were they to know that it would not end up costing $500,000 or $600,000. Maybe she forgot that I had presented a packet with bids from all the contractors that had viewed the project and were ready to start for half of the amount she quoted. After questioning my integrity, she implied that I had lied. The mayor was quick to admonish me for my bad manners when I pointed my finger at her and ignored hers. The mayor gave the final tie breaker no vote. He said that he did not think the rest of the city should be made to pay for it.

Just as a point of reference, the cost the mayor alluded to would be a cost to each citizen the equivalent of a half a glass of wine. The city had no problem spending over $7 million tax for a 60-year-old water park.

Being on the council is sometimes a very rough job. Sometimes issues come up where you feel like you’re Solomon. This issue was easy for three members of the council because they remember what they were taught about being responsible for your actions. A universal truth is that if you break something, you must fix it.

The city intentionally or through sheer neglect broke our Evergreen Irrigation District. This is a district that has always been considered an asset to our community. During those 100-degree days (114 this year), the temperature in the district was always 15-20 degrees cooler than any other place in the city. Marge Jantz gave me papers from her time on the Historical Preservation Commission that referred to the fact that historical districts with irrigation are rare and truly an asset to that community.

The Dispatch had an article on the results that the drought and the termination of irrigation are having on our neighborhood. You would think that having to deal with a drought might give the City Council reason enough to help the Evergreen Irrigation District instead of delivering the final blow. Time will tell what this final blow will be to the Evergreen Historic District. Given the trees that have died in the district this year, it is going to be a domino effect on the 350-plus palm trees and other trees. A point of community and historic pride will be forever lost by not seeing the bigger picture of preserving our past and the oasis and paradise which is the Evergreen Historic District. Instead, the city framed the argument by falsely claiming 23 greedy residents wanted a handout, and paradise was forever lost.

The mulberry tree featured on the front page of the Dispatch several weeks ago was owned by the Scott family. That beautiful house was always the gateway to our district. When the pump was destroyed the Scotts went to conventional watering. That cost 10 times more and forced them to use drinking water instead of irrigation water. The $8,000 a year was just too expensive for the subsequent owners, and all plants, trees, shrubs and lawn have died. The new owner has vowed to make it the unique feature that it was for 70 years. The tree has been removed at a cost of $2,600. By forcing all of us to use drinking water now, we will not only be paying 5 to 10 times more, but we will be using the water our grandkids are going to need to survive. Our mulberry is only half dead because we drove water spikes down to the roots. We lost all six of our fruit trees at the beginning as did all of our neighbors. Trees that have survived on irrigation their whole life have developed a deep root system that a hose just will not reach.

Since the city will not do the right thing, we have reached out for legal advice. One suggestion is the state statute that provides for compensation for a reduction in value of property owners due to the adoption or application of land use actions by the city. It allows for compensation for loss of property values, damages resulting from the actions, loss of plants and replacement costs. The owner is entitled to just compensation for their losses. Another is the city signed a contract with 23 of us when it promised us our irrigation water back if we paid $1,019 and the city has breached that contract. None of us got any water. The pump they bought with that money, they also broke. We are not asking for any favors or subsidies. Nor do longtime friends, acquaintances and neighbors go to court. We sit down as a community and not identify fault but instead discuss solutions. If you have ever been involved in business or in government, there are times when you go home and ask yourself did you make the right decision. Such is a time for our City Council. It is rare you can correct your mistake before the consequences and the unintended consequences of the mistake occur. The city of Casa Grande is built on the foundational idea of shared responsibility and shared sacrifices for community success. This is a good time to walk the walk and show some stewardship.

At the request of the city, the historical Evergreen Irrigation District will begin taking the steps necessary to form a district. The city has been asked to supply a list of those property owners that have an interest. After we get their list, we will notify everyone of a date and time to meet and go over the logistics involved. Forming a district seems like the only alternative that the city can provide. We have asked the city to show us that they will take responsibility for their actions and repair our 90-year-old irrigation system. After we have gotten our water back, we will relieve the city of the “burden” we have become and begin operating our own district. Please stay tuned for a notice. It is time for our council to revisit this issue and show some compassion to their neighbors. We are not looking for a handout. We did not break it. We just want them to demonstrate to the voters of tomorrow that they can lead by example and fix what they broke.

Michael Jackson is a longtime Casa Grande businessman. A longer version of this column appears at PinalCentral.com.