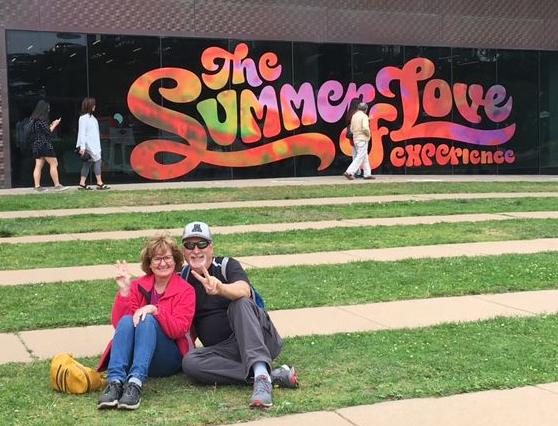 Sherry and Andy Howell outside the de Young Museum “The Summer of Love Experience: Art, Fashion, and Rock & Roll” exhibition. 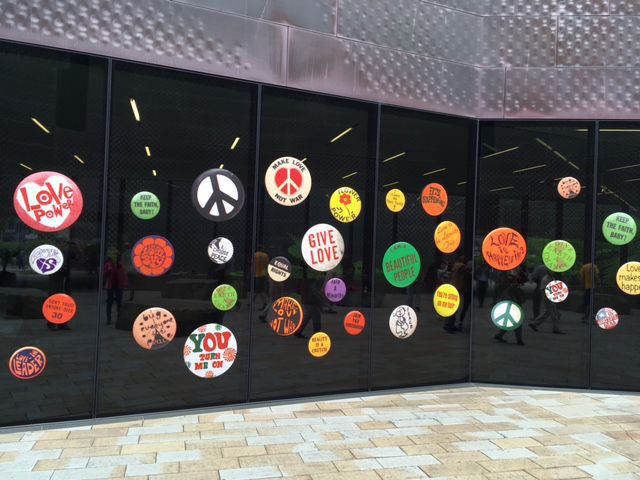 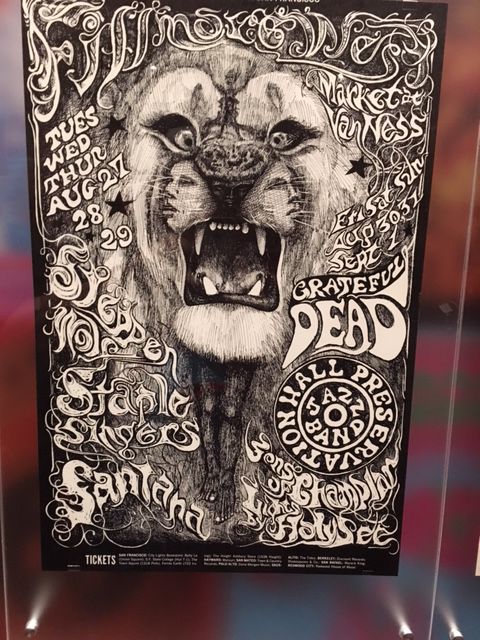 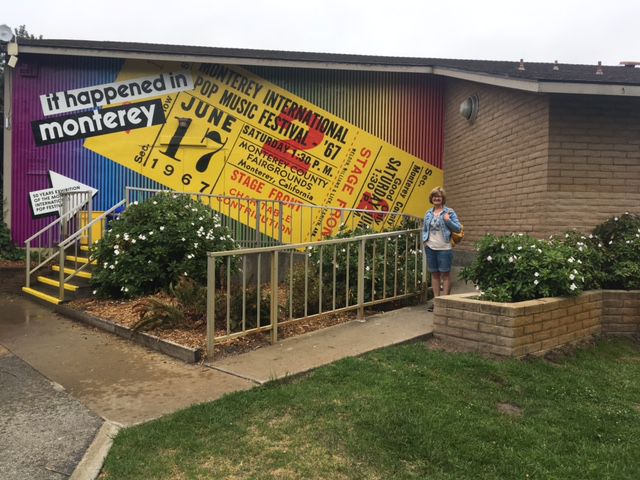 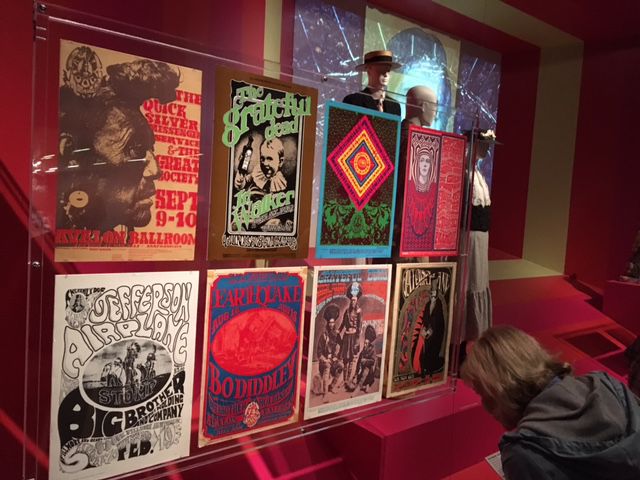 A display of posters at the de Young Museum "The Summer of Love Experience: Art, Fashion, and Rock & Roll" exhibition.

Sherry and Andy Howell outside the de Young Museum “The Summer of Love Experience: Art, Fashion, and Rock & Roll” exhibition.

A display of posters at the de Young Museum "The Summer of Love Experience: Art, Fashion, and Rock & Roll" exhibition.

Fifty years ago more than 100,000 young vagabonds drifted into the Bay Area of California, launching what has become known as the “Summer of Love.”

This counter-culture phenomenon is fondly remembered today for its impact on music, art, fashion and spiritual awakening. The dark side, of course, involved drug abuse, destructive behavior and violent politics.

But in history we only celebrate the good, not the bad.

Even though my wife and I aren’t part of the generation that launched the Summer of Love, we decided to mark the 50th anniversary of the occasion with a California road trip to San Francisco with plenty of 1960s music along the way.

Instead of packing up a rundown school bus or VW van, we loaded up our SUV and set out on our timeless adventure.

Road tripping in California is not what it was in the 1960s, that’s for sure. Bumper-to-bumper traffic for 450 miles and gas over $3 per gallon is not a positive experience. Combine that with my wife’s seemingly psychosomatic condition in which road construction and backed up traffic seems to prompt the urge to go to the bathroom, then you can imagine the frustration.

I think the orange road work signs seemed to trigger the condition when our vehicle was trapped in the farthest lane away from the nearest exit.

Despite all that, we were able to make it to all our stops and found the trip both entertaining and enlightening.

Our first stop was Monterey, where the Monterey Pop Festival was held. We visited the fairgrounds where Jimi Hendrix lit his guitar on fire and The Who tried to top him by destroying all their instruments.

They of course played them first.

Next was San Francisco, where physically the city hasn’t changed much since 1967, but it has totally become culturally what the counter-culture was trying to counter.

Originally, the hippies and homeless youths were attracted to the city because of its rundown flats and low rent. Now, those same homes have been rehabilitated and can lease for as much as $17,000 per month. (Yes, we actually checked on one.) The city is now home to 50 billionaires.

My wife and I even took a bus tour of the city and saw the legendary Haight-Ashbury District and the homes of The Grateful Dead, Hendrix and Janis Joplin.

One thing that hasn’t changed is the diversity of the city. Our hotel (which would be considered a dump anywhere but San Francisco) was located in Chinatown next to Little Italy.

The daily hustle and bustle of these two communities was fascinating to see as we mostly walked around the city to various sites. And the food in the city’s more than 500 restaurants is phenomenal.

The city has become a tourist mecca and has the same international flavor as the people who live there. No where else can you hear vacationing fathers yelling at their kids in 25 different languages.

“Don’t touch that,” “Stop hitting your brother” and “Get down from there” are universal phrases in any language.

There were several expositions marking the Summer of Love that we visited. We also visited all the traditional San Francisco attractions, such as the Golden Gate Bridge, Fisherman’s Wharf and Pier 39 along with thousands of other tourists.

The Hippies, or flower children, who converged on the Bay Area in 1967 were an eclectic group, but many supposedly rejected consumerist and materialistic values of modern life.

At one show some originally free psychedelic posters promoting a political event or concert were for sale. One price tag was for more than $10,000.

Many of the musical groups and artists of the day went on to become millionaires, if they didn’t die of a drug overdose.

One example of how much the city has changed was a story in the San Francisco Chronicle about a couple who had driven a run-down bus from New Orleans and parked it on the street, planning to live out of it. The bus had been towed and impounded and the couple couldn’t afford to pay to get it back.

They wanted to go home.

So much for the love.

Andy Howell is assistant managing editor. He can be reached at 520-423-8614 or ahowell@pinalcentral.com.

The 2015 film “Spotlight” showed how most investigative reporting involves endless document searching and reporters being able to connect the dots.

Howell: Video shows how the 'daily miracle' comes about

Back in the day we used to call it “the daily miracle.”

Coates: Recalling a Summer of Love in CG