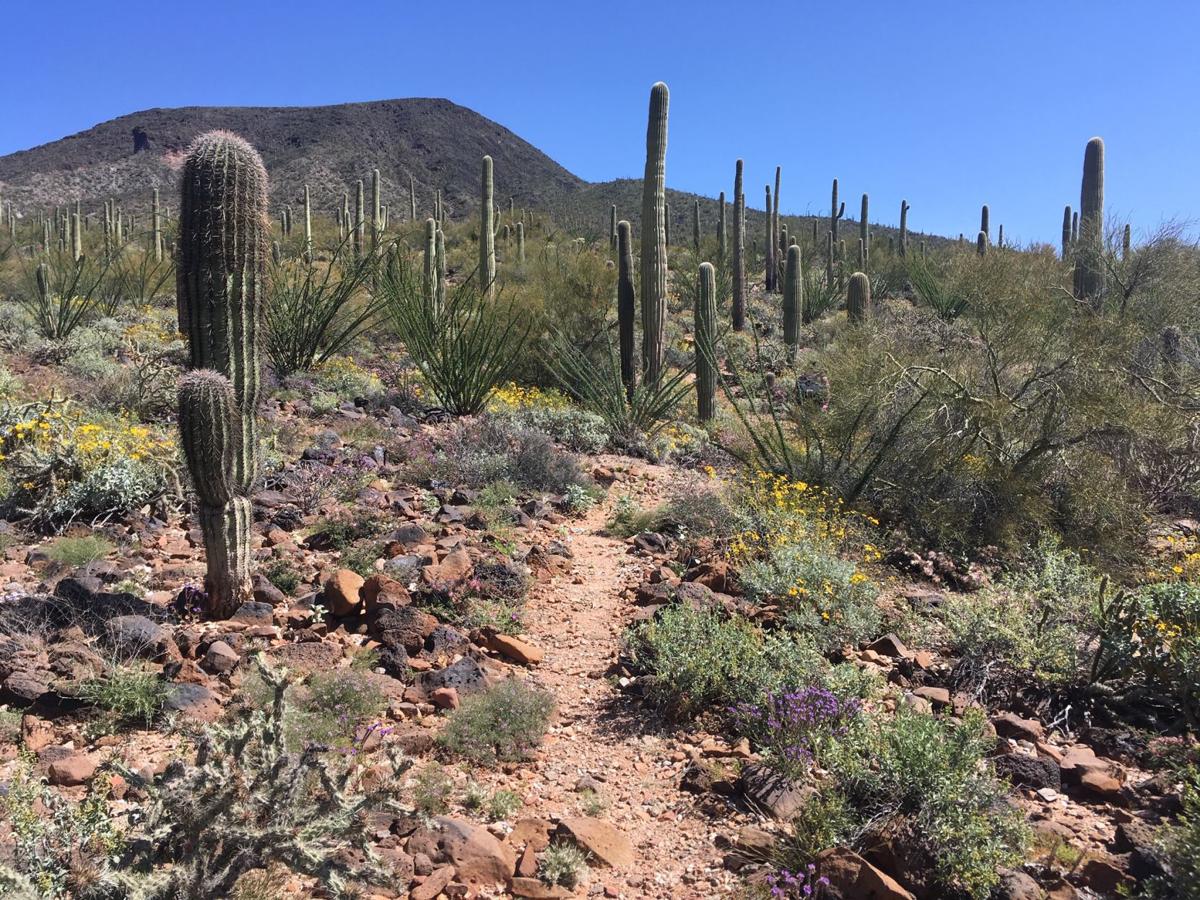 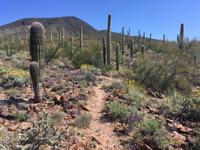 Lush desert vegetation can be found along the trail to Table Top. 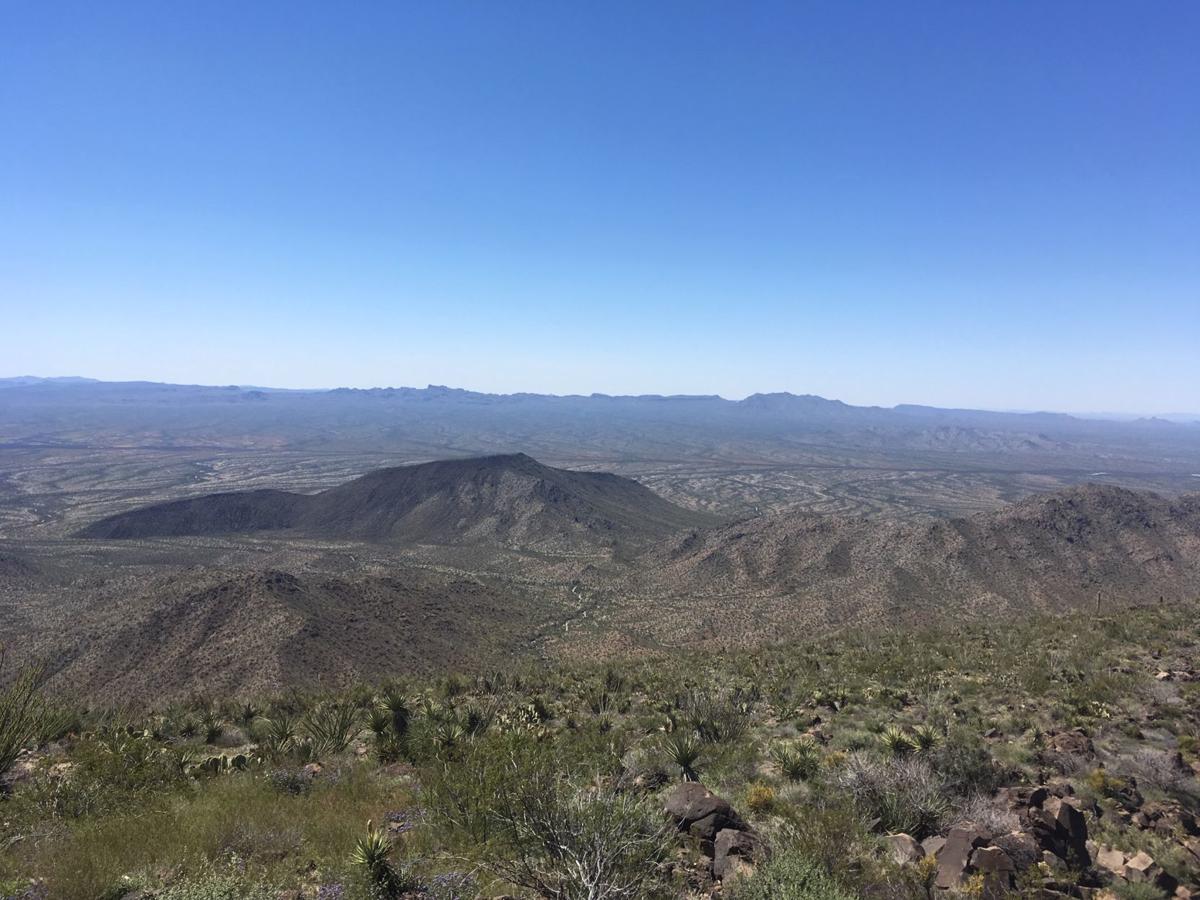 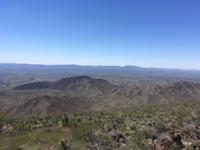 View from the top of Table Top Mesa southwest of Casa Grande. 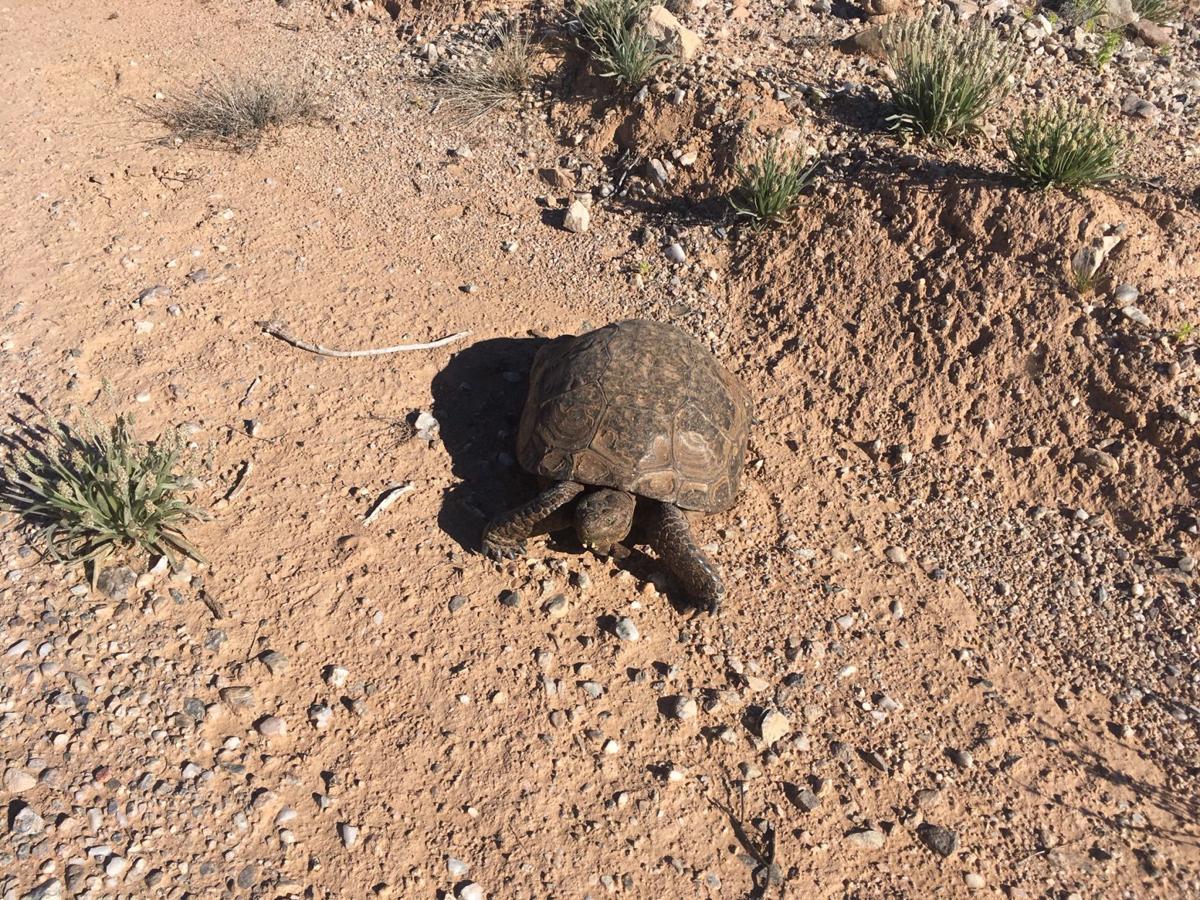 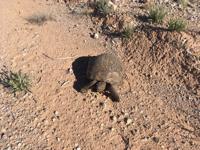 This desert tortoise was found on the road to Table Top trailhead.

Lush desert vegetation can be found along the trail to Table Top.

View from the top of Table Top Mesa southwest of Casa Grande.

This desert tortoise was found on the road to Table Top trailhead.

Last month columnist Bill Coates and I ventured into the Valley of Death.

At least I think that is what former Pinal County Sheriff Paul Babeu called it.

Anyway, Vekol Valley runs through the heart of the Sonoran Desert National Monument west of Casa Grande and south of Interstate 8. The valley is bisected by a primitive dirt road that runs south of the interstate, eventually connecting with roads through the Tohono O’odham Nation. Because of this, and its isolation from any developed communities, the valley has been a known smuggling corridor.

For years drug smugglers and groups of illegal immigrants used the corridor to walk from the border up to I-8 for pickup. We would regularly report on busts made by Pinal County deputies along I-8 or U.S. Border Patrol agents in the valley. Sometimes there were even reports of rescues of large groups found dehydrated in the desert during summer.

The smugglers would usually be found wearing camo, carrying backpacks and wearing carpet on their boots to cover their tracks.

It became routine to have at least one or two such busts a week.

But times are a changing.

The last couple of years, reports of apprehensions in the area have tapered off. While busts seem to have become less frequent in this area, they have picked up on Interstate 10, indicating a possible shift to more conventional smuggling through ports and along the major highways.

Bill and I set out to see firsthand what conditions are now like in the valley. Besides, it was the heart of the wildflower season, and the desert was like a colorful painter’s palette.

Our destination was the Table Top Mountain trailhead, which we planned to climb. To get there we had to drive 12 miles down Vekol Road, and then another 2 miles on a more primitive side road.

The first indication that things had changed was the number of snowbird RVers set up along the first mile of the road, complete with their microwave TVs.

They didn’t seem all that concerned.

We then came upon the monument kiosk, where we picked up a map and passed a warning sign. The signs are placed at all the access roads in the monument and read: “Travel caution: Smuggling and illegal immigration may be encountered in this area.” They were installed 10 years ago and replaced more intense warning signs. At the time, Babeu mocked the warnings and told the press the U.S. Bureau of Land Management, which controls the monument, would have been better served with warning signs for the smugglers.

In our Sunday drive to the trailhead we encountered no other vehicles. At the trailhead, there is a campground, with three sites and a toilet. It was in good condition but didn’t look like it had seen much activity in recent years.

I looked at the register. Two people had hiked the trail the day before, and a couple during the week. I didn’t see any names of campers. For years, even BLM rangers had advised against camping in the monument south of I-10.

Bill and I spent the next six hours hiking the trail to the top of Table Top and back. It is an incredible hike with an incredible view, much better than the seasonally crowded hike up Picacho Peak.

We encountered no one and saw no evidence of illegal activity. Another couple came after us but didn’t hike far enough, or long enough, to see us. They did sign the register, complaining about the road, but praising the flowers.

Bill and I got off the mountain and reached our vehicle by 4 p.m., enough time to make it back to I-8 before dark.

But on the drive out we did encounter a local resident blocking the road — a stubborn desert tortoise.

After some intense negotiation. He let us pass.

Howell: No facts back up claims of 'terrorists' among illegal migrants

You’re traveling through another dimension, a dimension not only of sight and sound but of mind.

Howell: A tip of the cowboy hat to fans and critics alike

Last week’s column, “A Memo to Pinal Elected Officials on When to Wear Cowboy Hats,” generat…

The first time I ever voted, my ballot included Barry M. Goldwater, then considered one of the most conservative members in the U.S. Senate, a…

Howell: Having enough water is what matters in preparing for a desert hike

In 1996 a 14-year-old Utah Boy Scout died on a hike on a remote trail in Grand Canyon National Park. The group had run out of water while hiki…

Having a public identity through my job, I have become accustomed to receiving scam emails and phone calls like the one from the Nigerian prin…

On Jan. 18 a 14-year-old boy holding a toy gun was shot and killed by a Tempe police officer as he ran down an alley.