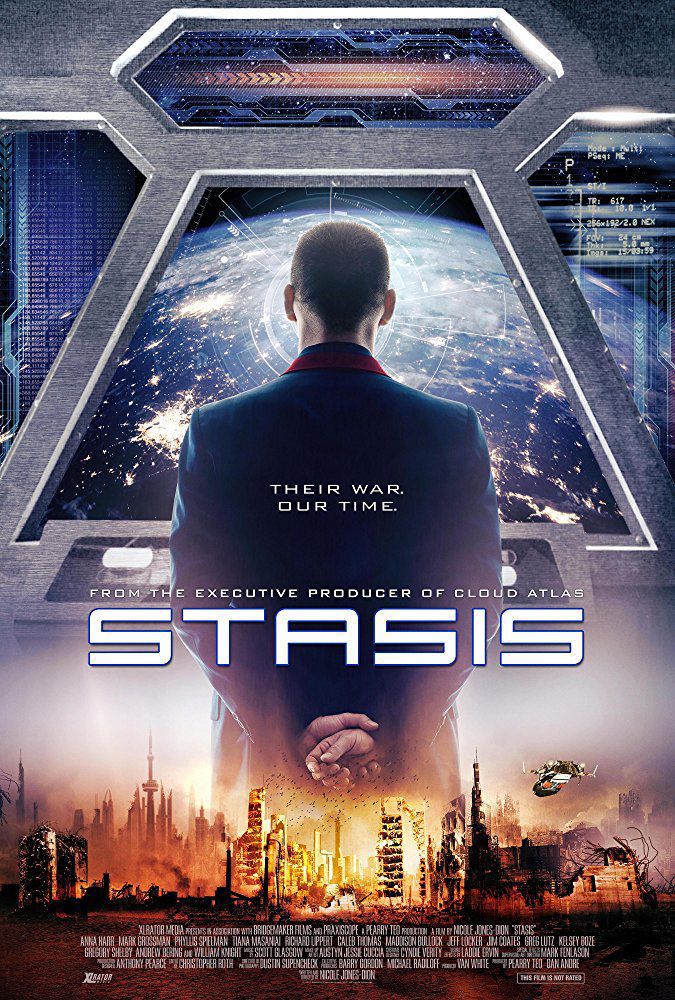 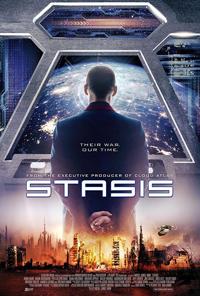 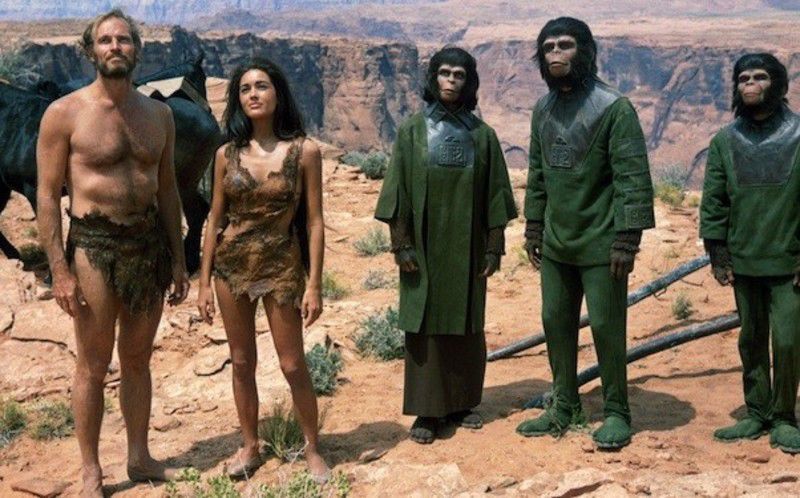 Scene from “Planet of the Apes” filmed along the rim of Marble Canyon near Page.

Scene from “Planet of the Apes” filmed along the rim of Marble Canyon near Page.

In the 1968 science fiction classic “Planet of the Apes,” the spaceship carrying Charlton Heston and his fellow time-traveling astronauts crashes in Lake Powell. The survivors then trek across the Painted Desert in search of civilization.

What they find has spawned numerous sequels and remakes ever since.

The filmmakers chose the canyon lands of northern Arizona as a location for the first part of the movie because the beautiful, desolate high desert was meant to represent the “Forbidden Zone,” a post-apocalyptic area of Earth desolated by a nuclear war generations earlier.

Fast-forward in real time today and you can currently order from Netflix “Stasis,” another post-apocalyptic sci-fi flick. But instead of the actors being stranded around red rock cliffs and valleys of multicolored sand, they are stuck in a wasteland of barren desert of blowing dust and bombed-out structures.

And where was Stasis filmed? Well, right here around Casa Grande.

If you are daring enough to watch the film, you might notice some of the local terrain and landmarks, such as the infamous Casa Grande domes.

Apparently we have everything the post-apocalyptic filmmaker is seeking here in western Pinal County. Maybe we should promote some of the locales. The cities of Casa Grande and Eloy could chip in $20,000 each or so to produce a nifty glossy brochure targeting campy sci-fi filmmakers. Not only do we have the barren desert, but we have plenty of vacant structures like PhoenixMart that can represent what used to be a city.

As for the movie itself, the quality is as barren as the landscape.

The plot is pretty simple. After a night out partying and left behind by her friends, Eva wakes up and sneaks back home only to find that she’s already safe in bed.

But that’s not Eva — it’s a time-traveling fugitive from the future who has stolen the teen’s body, her identity and her life. What’s more — she’s not alone. There are others, hiding in the past, secretly living among us, plotting to alter the future. So Eva decides she must stop them and put the world back on its intended timeline.

The movie is awful, but don’t take my word for it, the online reviews are priceless. Here is a sample:

“I’ve seen some terrible movies but this... there are no words.”

“My god the movie sin counter was off the charts on this one. Trying to create cheesy movie-catchphrases, bad clichés of every sort, that made me cringe at multiple occasions, CCTV has the exact same shot on monitor as in the actual scene, gaping plot holes.”

“The only good thing about this project(?) is that it appears to give employment to people who would normally be cashing an unemployment cheque (sic).”

“To sum up how poor this film is, when I logged on to this site, I watched the trailer for the film. It was preceded by an ad for Ferrero Rocher which was infinitely more interesting than the entire film itself.”

“All I can really say about spoilers is this: if you actually watch this film, you’ll have spoiled your evening when you could have been doing something much more interesting, like watching paint dry.”

“I’m in bed with the flu, and this movie hurts more. I’ve spent most of the day in bed with a fever and headache and wanted something to distract from the pain. In a way I got my wish — who can think of personal suffering when there are others who might one day suffer through this movie too?”

“This is one of those movies that make you wonder why so much time was wasted making it and why we viewers wasted even a second watching it.”

“Wow! Wow, wow wow wow? what acting school did these people drop out of?”

“Stasis seems to be some rare phenomena in which the director forgets what the movie was about, halfway into the movie. This phenomena is perfectly documented on the self titled movie.”

“The ending is just the kick to the nether regions you’d expect for putting up with the whole thing.”

The canyon country of northern Arizona and southern Utah has now become a mecca for tourism. Europeans save for years to afford the “trip of a lifetime” to the area.

I’m not sure “Planet of the Apes,” which was written for the screen by Rod Serling, was a factor, but it was the beginning of people discovering the region.

If “Stasis” is as bad as everyone says, let’s hope it doesn’t have a reverse effect on our area. That would really be a kick in the nether regions.

Andy Howell is assistant managing editor. He can be reached at ahowell@pinalcentral.com.

Howell: Wading through all the school gun scares on social media

Howell: Devil is in the details when it comes to Arizona names

Howell: Acting reporter at home in courtroom and on stage

Howell: Turning 60 no big deal unless there are sirens

Howell: Public records help tell the story, when we can get them

Public records are an essential part of our job.

A few days after the Las Vegas mass shooting, an associate approached me with an idea for an…

Howell: New reporter has a sense of adventure

He may not be Indiana Jones, but Jake Kincaid, our newest multimedia reporter, has the name,…

Howell: A tale of two exhibits shows art for the sake of art

Last weekend my wife and I had the pleasure of visiting the traveling Pompeii exhibition at the Arizona Science Center in Phoenix.

Howell: One out of many opinions on Latin mottos

Twenty minutes west of Casa Grande is the Sonoran Desert National Monument, 496,000 acres of pristine desert with lush vegetation. It is easy …

Howell: A strange phone call that has stuck with me

At a recent family reunion I was asked what was the strangest day I ever had on the job. As a longtime newspaper editor, I have plenty of memo…

Howell: A short story about what to wear to church

Earlier this summer, on a Sunday morning when the temperature had already topped 100 degrees, I was dressing for church when my wife asked me …

Howell: Cities in a League of their own need mascot to stand out

Howell: Memo to Pinal elected officials on when to wear cowboy hats