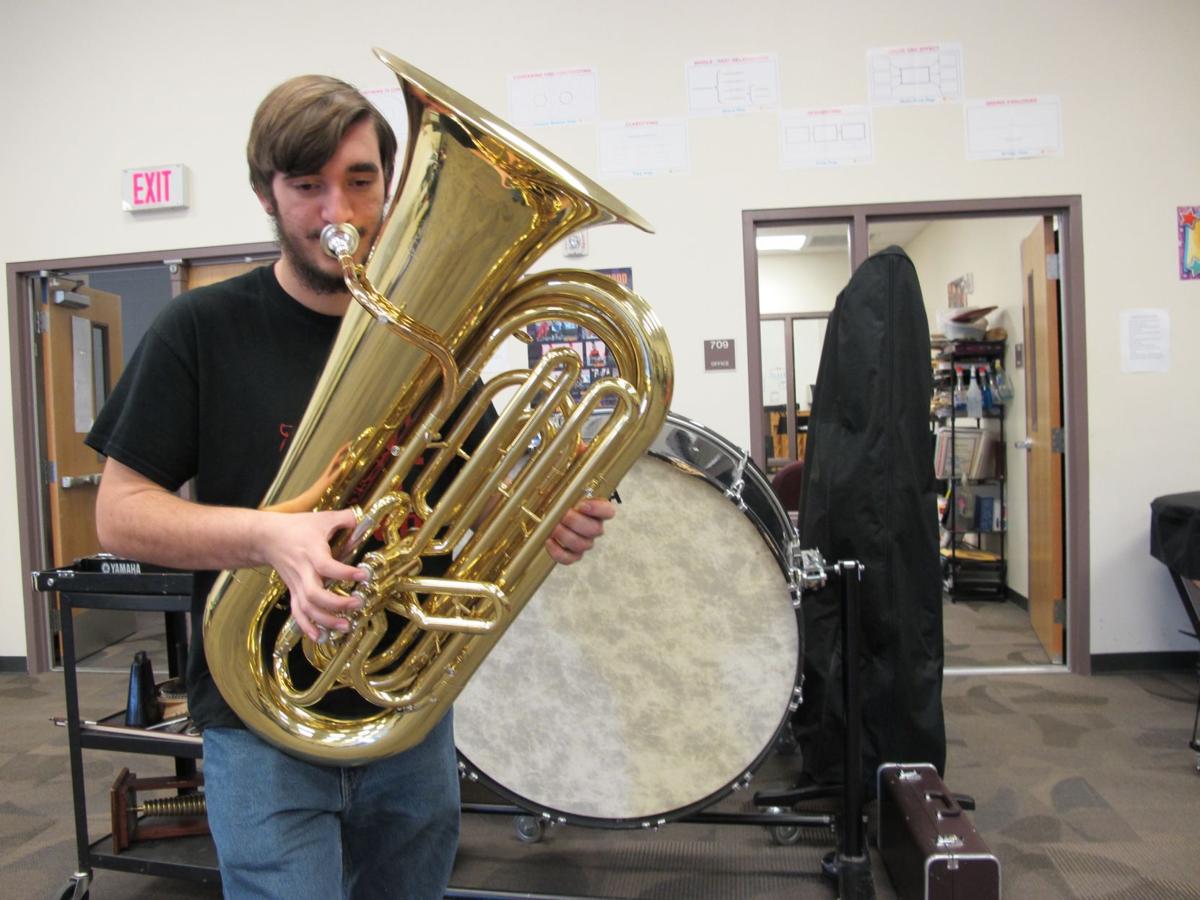 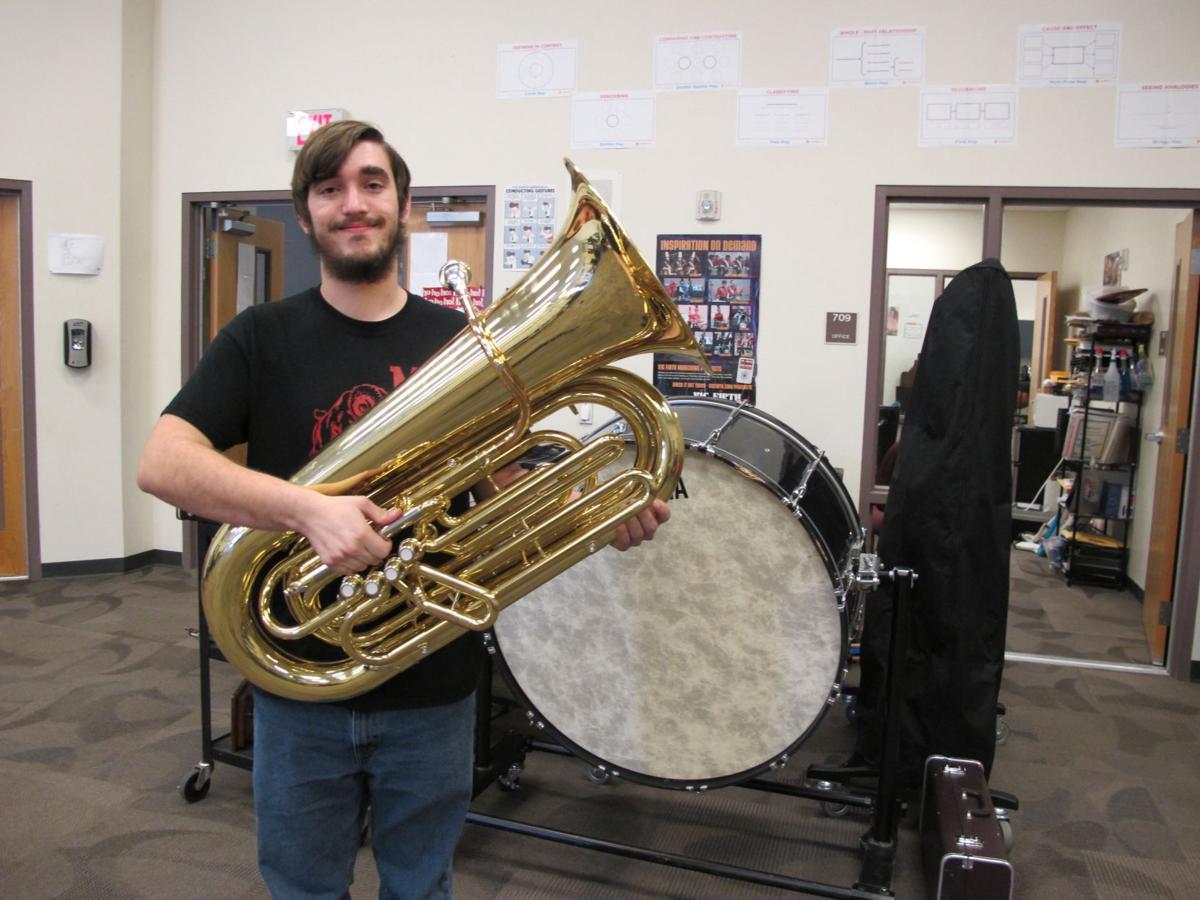 Chance Ackerson has slowly learned to master the tuba. 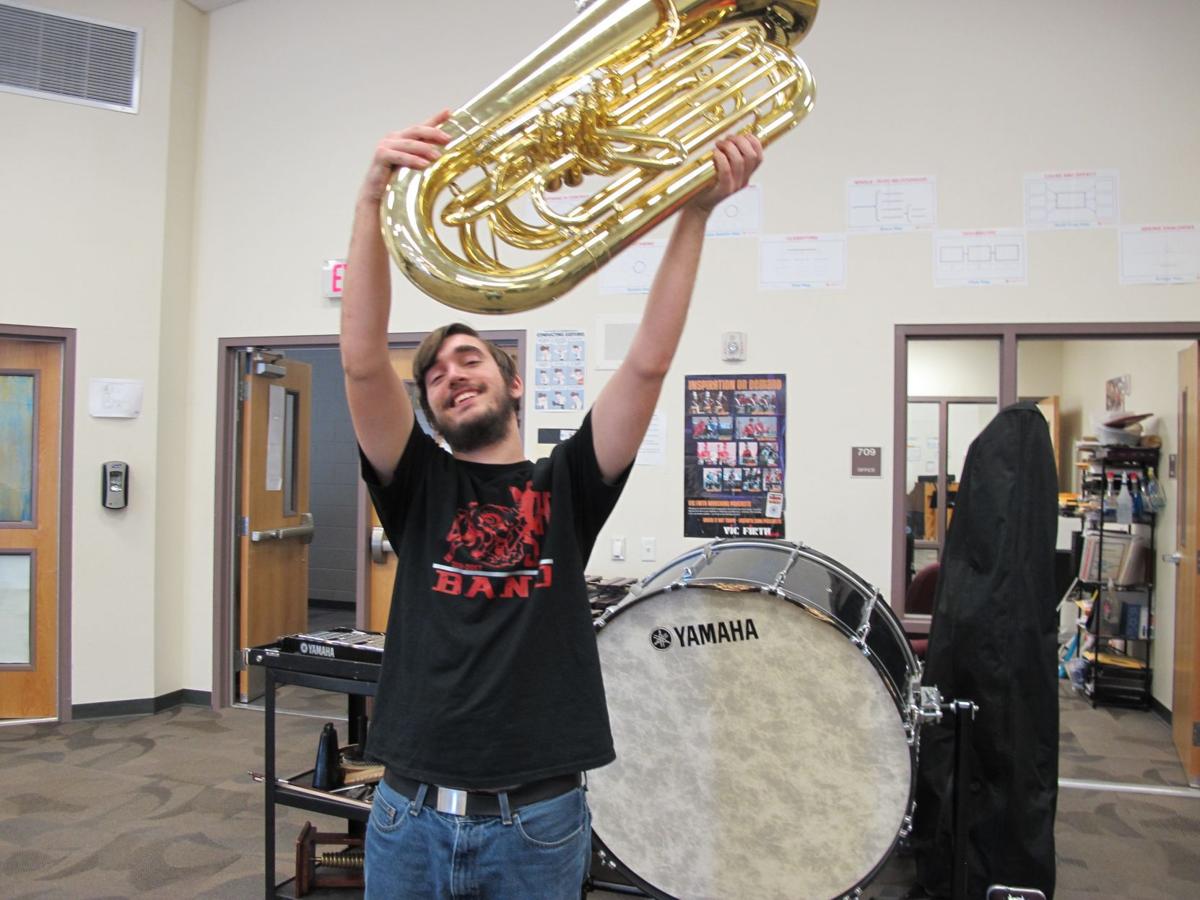 Maricopa High School’s Chance Ackerson is very happy to have been accepted into the all-state band.

Chance Ackerson has slowly learned to master the tuba.

Maricopa High School’s Chance Ackerson is very happy to have been accepted into the all-state band.

MARICOPA — Maricopa High School has had a band for over 60 years, going through different phases and specialties. The group has hit some high notes over the decades, but it has never sent one of its students to the state’s highest level before — until this year, anyway.

MHS senior Chance Ackerson was recently named as one of 11 tuba players in Arizona to be admitted into the Arizona Band and Orchestra Director’s Association All-State Honor Band. He is the first ever student from his school to receive such an honor. He will be attending the All-State Honor Festival at ASU Gammage April 6-8, and will perform in the concert at 3 p.m. that Saturday, conducted by Travis Cross of the UCLA Symphonic Band and Wind Ensemble.

It is an accomplishment that comes after a lot of hard work and a rigorous audition process.

First comes the audition for the regional band, where he had to play etudes — a short, complex composition that tests the player’s mastery of an instrument. Those auditioning must play three scales and three etudes, with the best making it to the two-day clinic and concert.

Those who make it to that level are then eligible to try out for the all-state band at Desert Vista High School. Those auditions again require the playing of three scales and an even more challenging etude. The best 11 tuba players in the state are selected for the band. Judges are focused on how well the players articulate notes and how soft they can make the instrument sound.

Ackerson said he didn’t feel too confident entering the audition room on March 3. Sure, he had practiced the material over and over again, but he didn’t account for having to run up the stairs, large instrument in tow, in order to make it on time. Out of breath and sweating, he thought he played awfully.

“But in the end, I guess I didn’t, because I got in,” Ackerson said.

When he found out a few days later from his music teacher, Ivan Pour, that he had been chosen, he was both surprised and excited. This was his second time auditioning for all-state, after having — “barely,” he says — made the regional band last year. He was disappointed with how things turned out a year ago, but that only made him work harder.

He started using a tuba teacher to learn straight from a professional, and focused more on mastering the scales.

“I am leaps and bounds better than I was last year,” Ackerson said.

The competition hasn’t stopped yet. He still has to play a composition at a seating audition to determine the ranking order for all tuba players.

He said there is always more room for improvement, especially when it comes to his range with the instrument and his abilities to melodize, to make his music “sounds prettier.” He hopes to continue his growth by joining the marching band at Arizona State University.

Ackerson started playing the tuba in middle school after some time with the piano, trombone and percussion. His first song, predictably, was “Hot Cross Buns,” and he immediately took to it due to his fondness for low sounds, though not without some big adjustment.

When sitting down, the weight isn’t much of an issue. The problems come in during marching band, when he has to walk smoothly while holding the massive instrument on his shoulder. Ackerson said that part took him about two years to master, requiring him to improve his upper body strength. He still isn’t sure he holds it the right way.

He estimates his practice time at about 20 hours per week, mostly between his time at school and playing in the city orchestra and Maricopa Music Circle.

“The class thinks that you need some internal talent to be able to play,” Pour said. “Chance definitely has talent, but the thing that differentiates the kids that excel at the high school level is working hard. … I don’t have to worry about Chance knowing his parts. He’s going to get it down.”

Pour started seeing Ackerson’s potential during the student’s sophomore year, when he transition from the shy underclassman following the other tuba players around to a musician in his own right, not only practicing harder but teaching other students. This came especially handy this year, when Pour missed several weeks due to a back surgery, and Ackerson stepped up to help teach the class.

Pour said it’s very difficult to reach the all-state level, as none of his students in his entire career as a music teacher has been able to make it. He said this is evidence that the program at MHS is starting to reach new heights, and he is encouraging more of his students to audition for these big bands.

“It shows us that we can make it, it can be done,” Pour said. “Not every school sends someone to these bands, so it’s great for us as a program that he made it.”