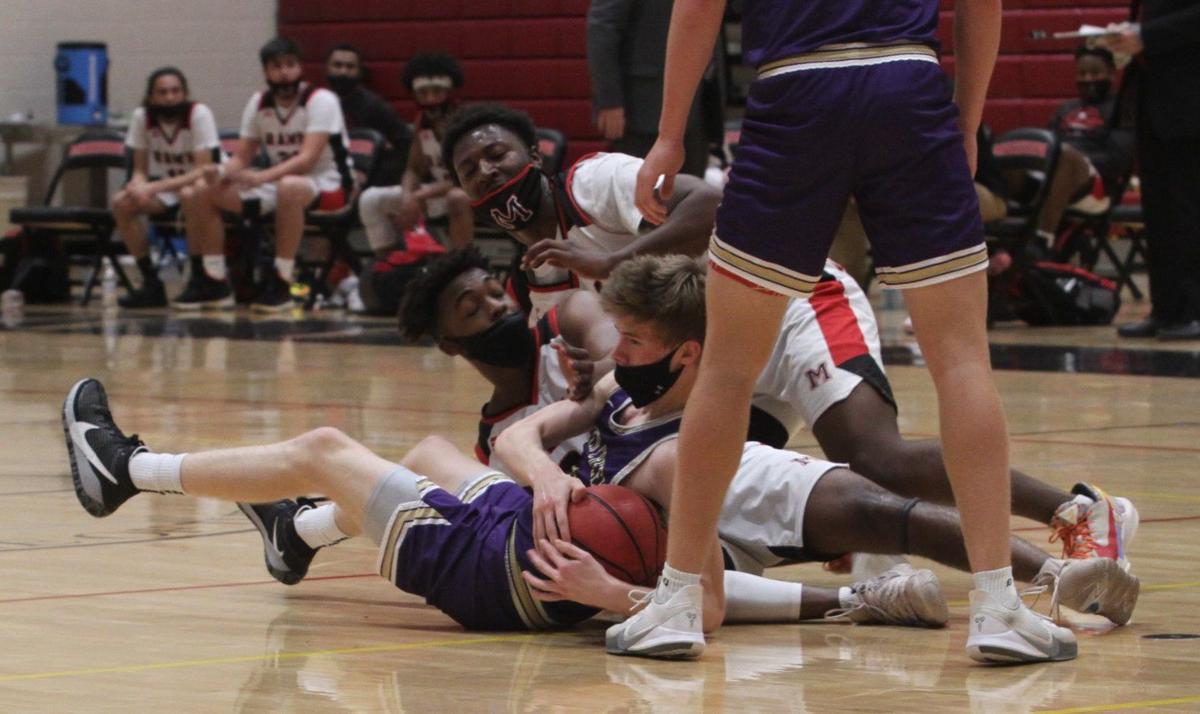 Rams and Bulldogs scramble for the ball during Thursday night's game. 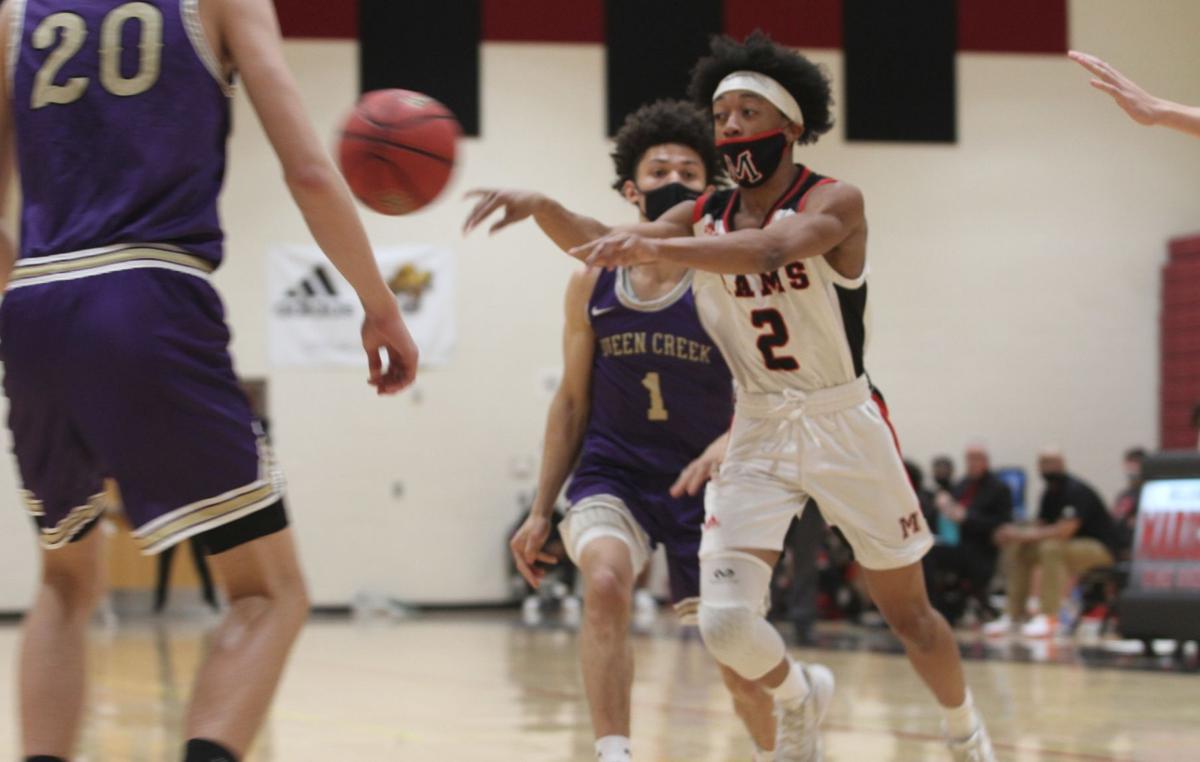 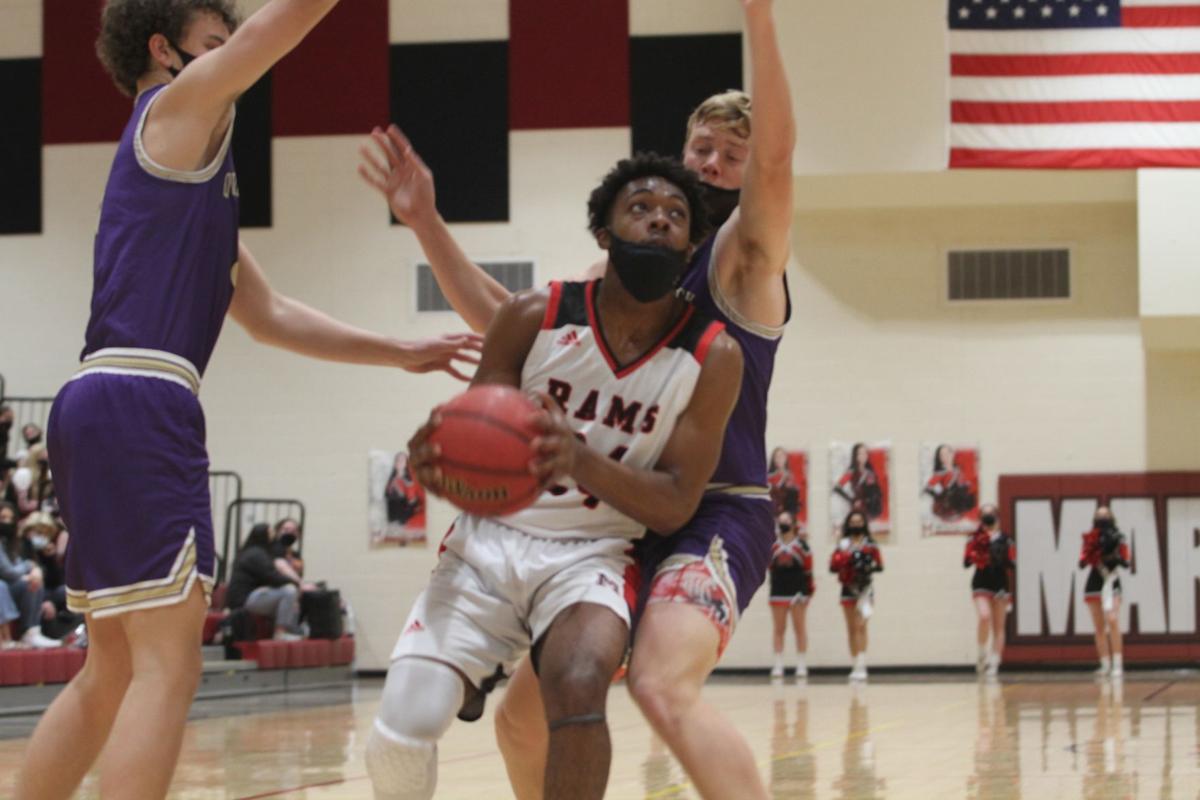 Justin Stovall drives to the basket Thursday against Queen Creek. 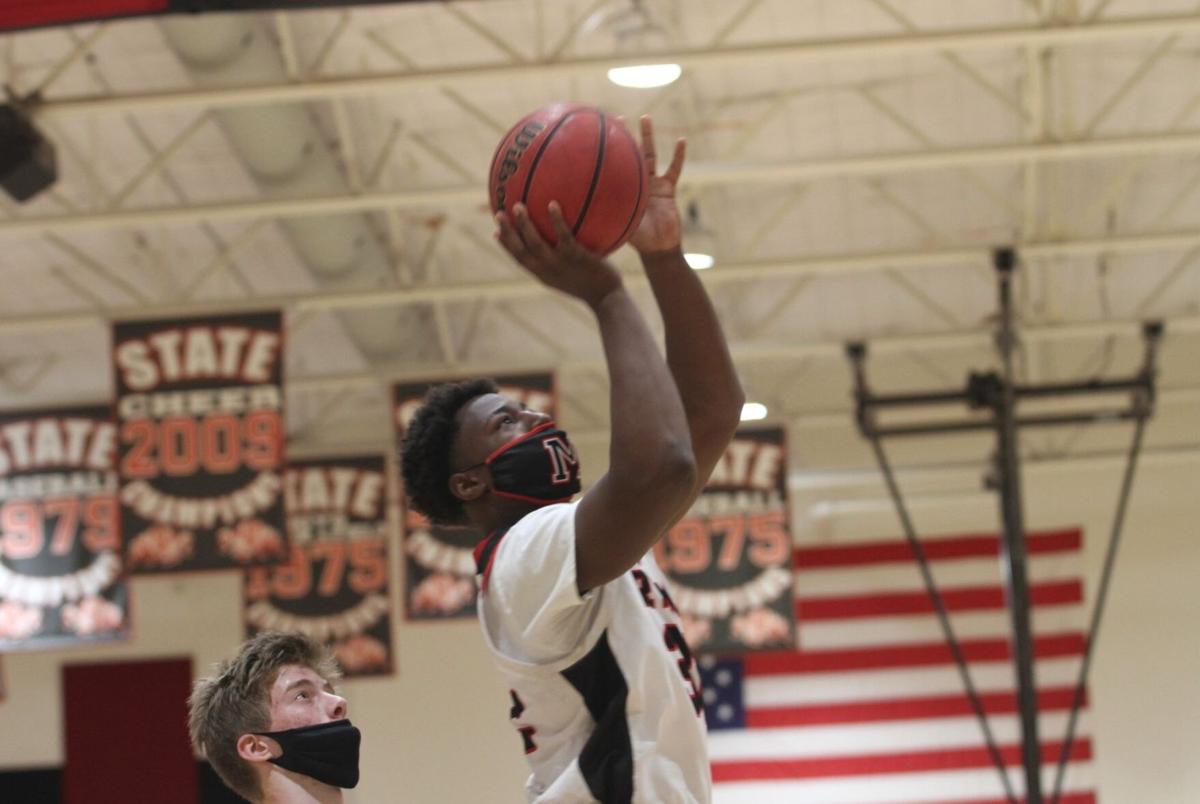 Merhauti Xepera puts up a shot Thursday against Queen Creek. 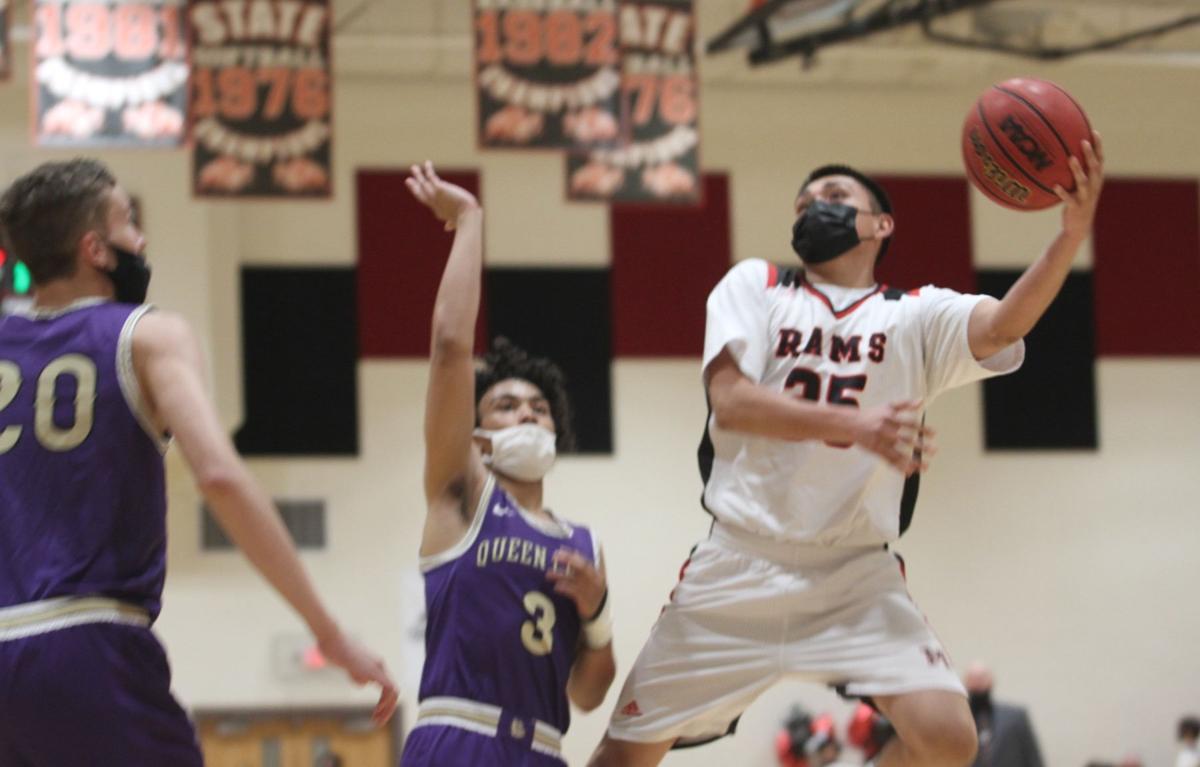 Rams and Bulldogs scramble for the ball during Thursday night's game.

Justin Stovall drives to the basket Thursday against Queen Creek.

Merhauti Xepera puts up a shot Thursday against Queen Creek.

MARICOPA — Despite a rocky ending to their season, the theme of the night for the Maricopa boys basketball team was gratitude.

It’s been a common theme all year for the Rams as simple mistakes have hurt them in their losses. Those mistakes showed again as Maricopa (3-13) was blown out by Queen Creek (4-12) in a 61-33 loss on senior night.

In the first quarter, the Rams got off to a slow start. Maricopa totaled four points while Queen Creek led by 16 and their leading scorer, Jaxton Bobik, already had 12 points. Things got better for the Rams in the second quarter as the offense started to get going and they were forcing turnovers.

However, the Bulldogs had no problem getting hot to start the second half. Queen Creek drilled a couple of shots beyond the arc and forced Maricopa to turn the ball over for some easy transition points. The Rams could never recover from their deficit and the Bulldogs took advantage of them throughout the game.

“We weren’t consistent today,” Maricopa coach Paul Gretkierewicz said. “We missed too many easy baskets, we didn’t come out strong enough and put ourselves in a big hole. We kept inching back at some parts of the game, but really we couldn’t dig ourselves out of it.”

There wasn’t much offense from Maricopa against Queen Creek, but sophomore Anthony-Lamar Wilcox led the way with 13 points off the bench, due to the senior players filling the starting lineup. Senior guard Justin Stovall added eight points, six rebounds and three assists.

Maricopa had five other seniors on the roster, but they combined for six points and 11 rebounds.

“These seniors are a huge part of our program,” Gretkierewicz said. “They left their footprint on the program and our underclassman learned a lot from them. I’m thankful for everything they have done for the program.”

For the Bulldogs, Bobik and junior guard Raydon Thorson gave the Rams a lot of issues. Bobik led all scorers with 18 points and he added eight rebounds. Thorson found his rhythm in the second half and dropped 14 points and seven assists. Junior’s Ketner Harris and Kris Hart contributed with eight points each.

It was a long and rough few months for Maricopa as they didn’t have the season they were hoping for with a 4-12 overall record, but one thing they can take away is that they enjoyed playing basketball. Earlier in the year, the AIA initially canceled the season before deciding to bring back the high school basketball season.

The Maricopa basketball team fought some challenges but were grateful for the chance to play their sport.

“I’m so happy for the kids,” Gretkierewicz said. “It wasn’t perfect by any means with quarantining and dealing with protocols, but all that matters is that we had a season. I know the season was in jeopardy but when these kids get older, they might remember the pandemic but they’ll cherish that they got to play.”