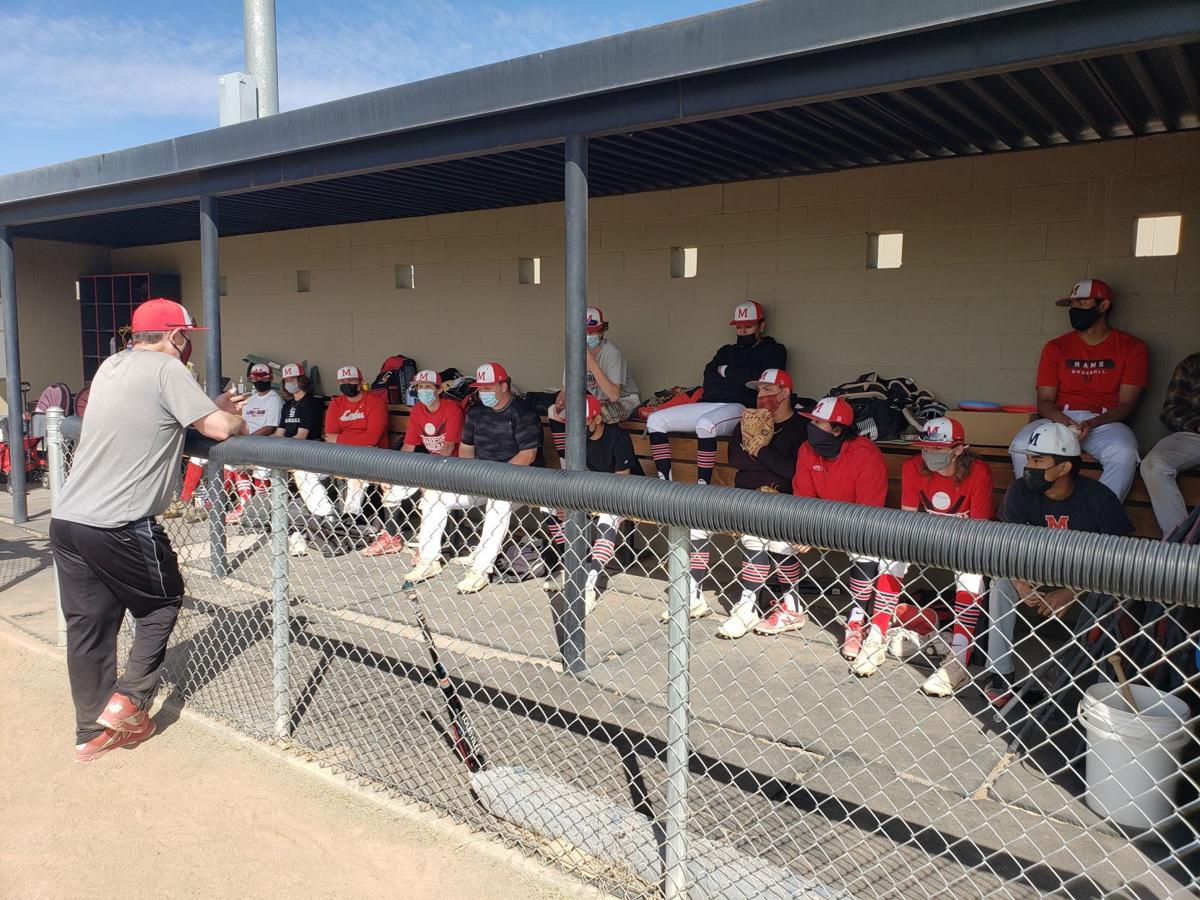 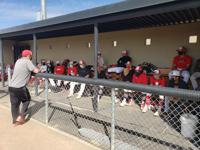 Coach Brad Vericker talks to the Maricopa baseball team during a practice on March 11. 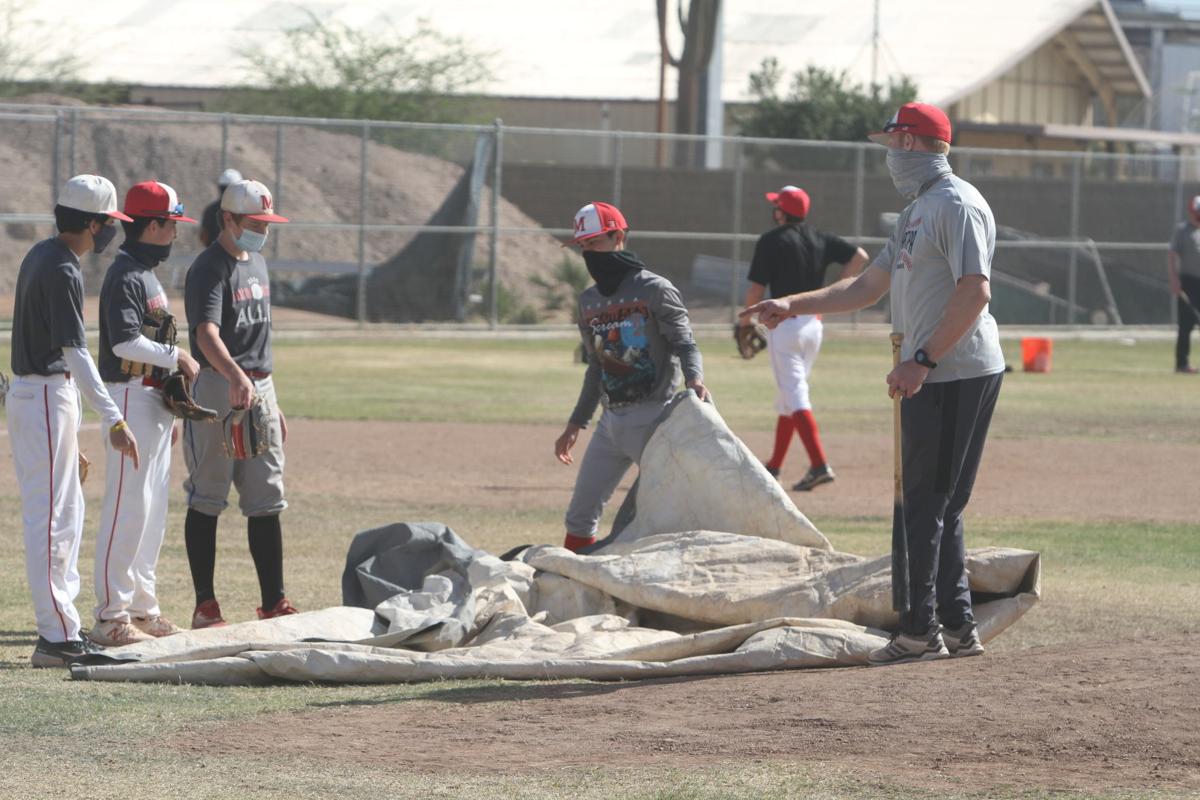 The Maricopa baseball team gets the field ready during one of their first practices since their season was shut down a year ago after only a few games.

Coach Brad Vericker talks to the Maricopa baseball team during a practice on March 11.

The Maricopa baseball team gets the field ready during one of their first practices since their season was shut down a year ago after only a few games.

MARICOPA — Practice can sometimes get a bad reputation among players, something they all have to get through in order to play the actual games. But on the Maricopa baseball field in the days leading up to the new season, just having the time to be together at all merited a joyous occasion.

“It feels good to finally get out here for one last ride with the boys,” said senior first baseman and pitcher Jacob Keel. “I think getting closer to gametime, you can feel the energy, the momentum going into the season, which is always nice. You always want to go into a game feeling excited and pumped up.”

For Brad Vericker, who was just starting his time as a head coach when the 2020 season was abruptly canceled, this attitude from the team has meant the world because he knows everybody is already committed. There has been no need to get everyone excited for the season, because that energy is already flowing.

“These guys were just eager to be a part of whatever the baseball program was doing,” Vericker said. “As a coaching staff, this is something you get pretty excited for, to see a group of guys come together like this.”

While state and school rules prohibited organized team practices, Keel said the players took every chance they could to practice on their own time. They were able to stay in shape, and more importantly stay connected while following the guidelines set.

Each of the team’s coaches would also take turns hosting virtual sessions where they could dive deep into different parts of the game, making sure the players stayed sharp and knew what was expected of them. And socially, the players had no problem staying connected, as there was a group chat that was very active throughout the year.

“We all grew up playing baseball together,” Keel said. “So it’s just another year for us.”

The pitching staff will be led by junior Kahleb Bell, who Vericker said showed a lot of promise as a sophomore and has only returned to the field better this year. Freshman Cody Gallardo will be getting plenty of experience on the mound for someone his age, and Johnathan Levya has shown some big signs of improvement as a senior.

Now part of the 6A conference, the Rams hitters will need to performs against some of the top pitchers in the state, but Vericker has no doubt they intend to give it their best. The team has been holding voluntary batting practice, and he said nine players regularly show up for three hours.

“Just by watching them swing, you’d think they were in midseason form,” Vericker said. “I think we’re going to have a pretty potent office, just front a pressure perspective. We should have a little bit of power, too.”

Vericker and the seniors all believe there is enough talent for the Rams to make the playoffs this season. That would be huge, as nobody on the team has had that postseason experience.

“It’s going to take a lot of hard work and perseverance,” said senior catcher Lynn Andrews. “But if we pitch well and keep our heads up, I think it will pay off.”

Win or lose, or even in practice, one thing that’s for certain is that the players are going to enjoy every opportunity they have to play together. They know as well as anybody how fleeting these moments can be.

“We all have to remind ourselves that last season got canceled so quick, so nothing is guaranteed,” Keel said. “So we all have to leave it on the field now, because you never know when the plug is going to be pulled.”