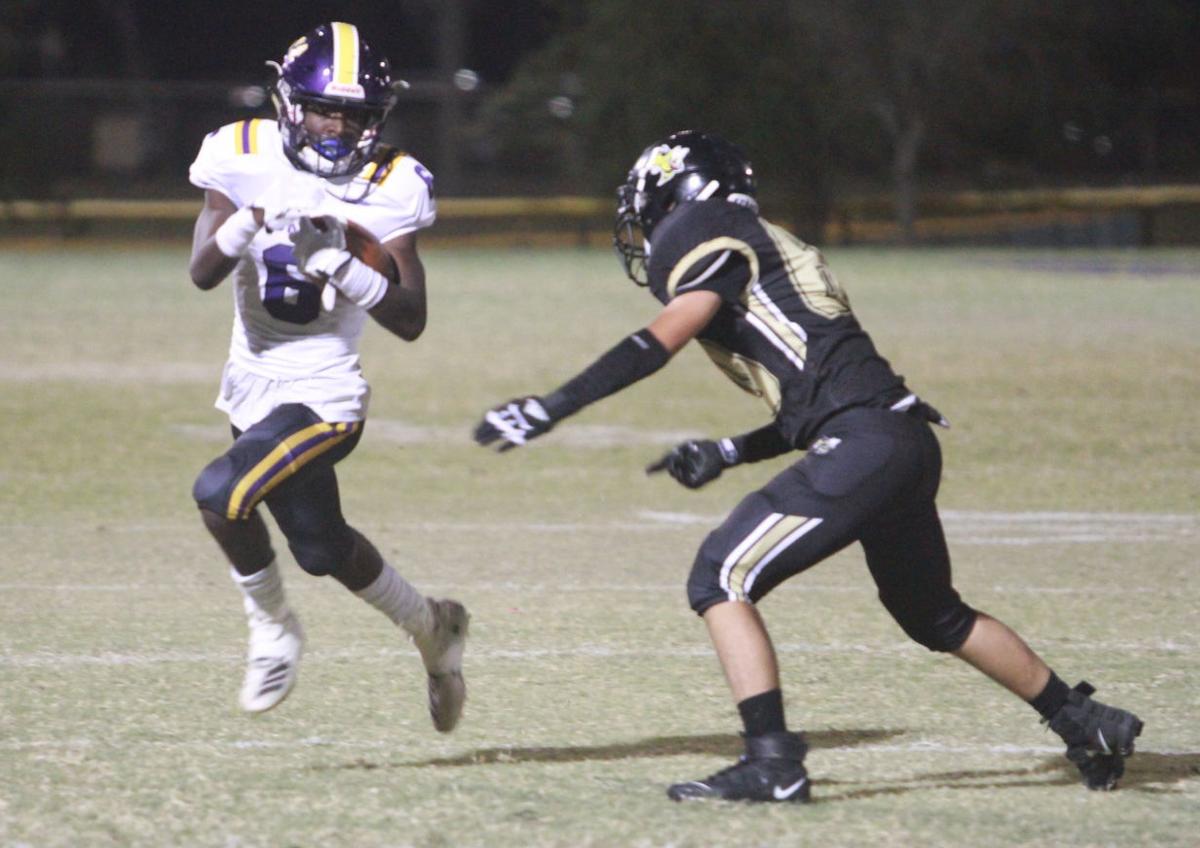 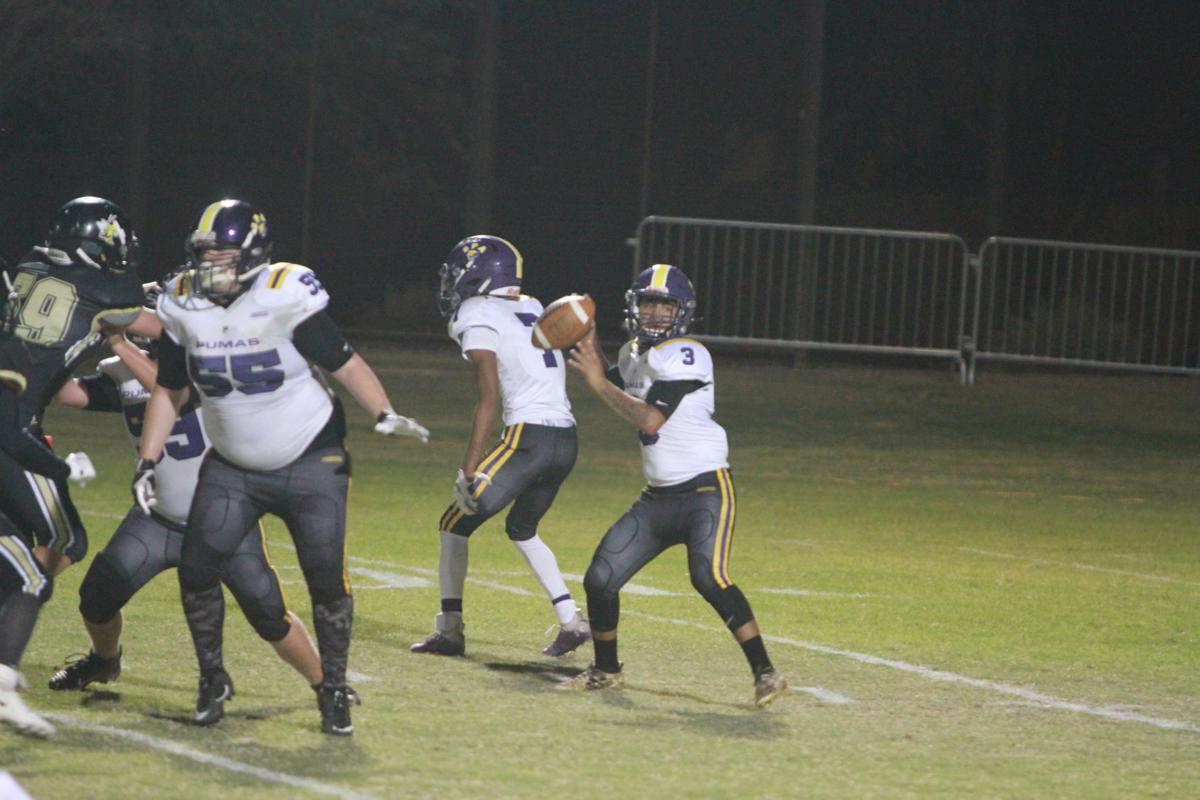 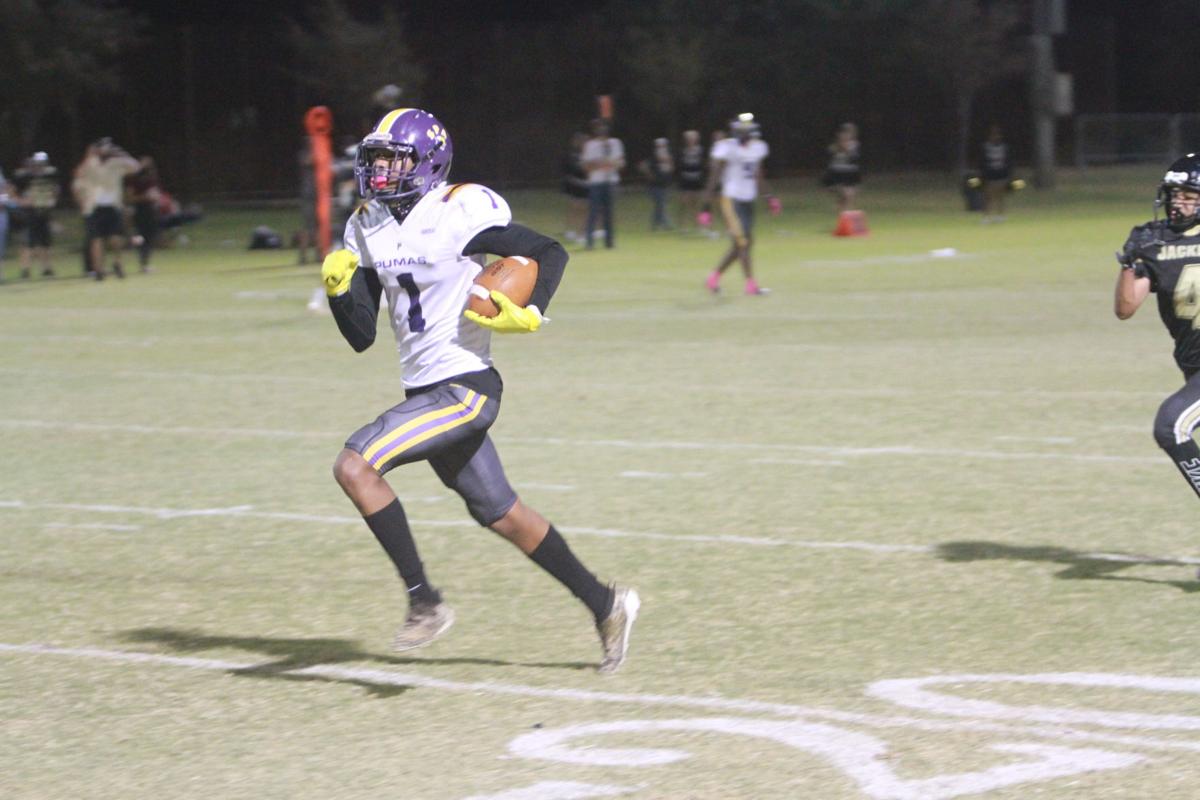 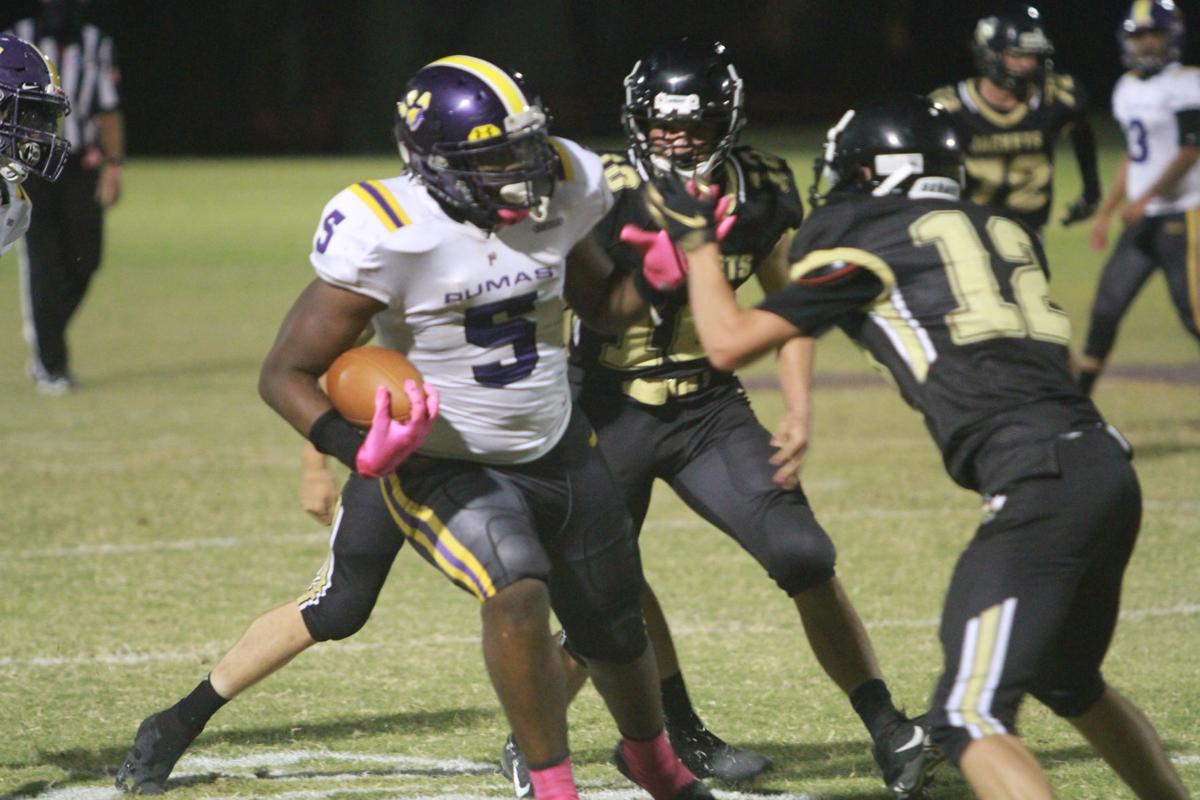 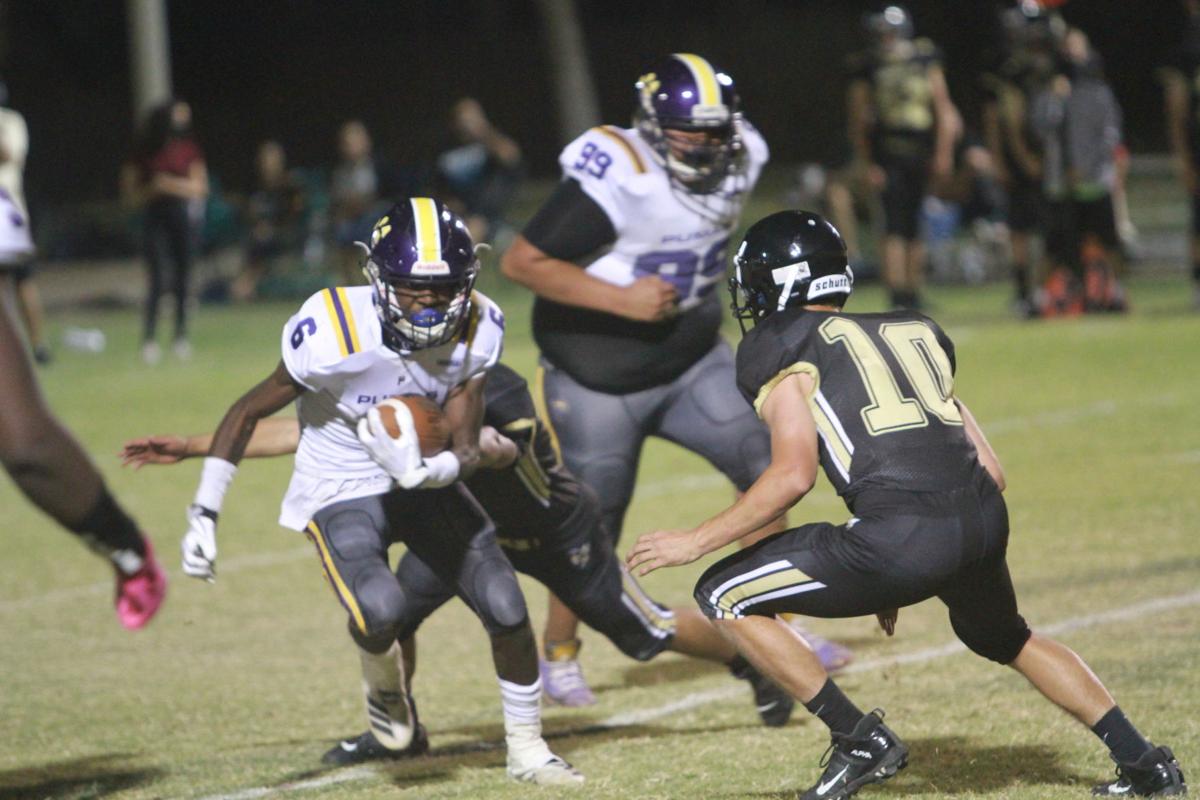 MARICOPA — It wasn’t supposed to be this easy for a charter school coming to play in the Arizona Interscholastic Association, but Sequoia Pathway made everything look easy in its home opener Friday night.

Not only did the Pumas (2-0) score a touchdown on every drive except the last one when they ran out the clock, but it never took them more than five plays to do so during its 55-0 rout of Tombstone (2-0). Quarterback Alex Montano had his pick of weapons throughout the night, completing 7-of-9 passes for 246 yards and four touchdowns.

“We played a heck of a game, my (offensive) line especially, along with my skill players,” Montano said. “I realized last week that I hadn’t spread the ball around very well, so I came in wanting to do that.”

Izaiah Stewart got the bulk of the plays, combining for 156 yards and three touchdowns through the air and on the ground, not including a punt return for a touchdown. Yufiel Jones only had two catches, but he made them count, gaining 116 yards and scoring two touchdowns.

The Pumas’ first score came before they even ran their first play, as Stewart’s eyes lit up with how much green field he had in front of him on a punt return. Almost untouched, he easily juked around any defender who came near him, which wasn’t many, en route to an 85-yard punt return.

Pathway quickly got the ball back, and immediately got its second touchdown on a beautiful, high-arching, 63-yard pass from Montano to Jyrie Gamble. The Pumas then recovered a loose kickoff, and Stewart ran it 25 yards for his second touchdown. A botched extra point attempt led to a bizarre scoop pass for a 2-pointer that put the Pumas up 21-0.

Then it was Jones’ turn to get involved. Montano found the 6-foot-3 tight end on consecutive drives facing pretty good coverage. The defense didn’t matter either time, though, as Jones leapt to bring the ball down then rather easily shook off multiple defenders to run the rest of the way for his two touchdowns. At halftime, the Pumas were already up 35-0.

“I think teams are going to have to cover the whole field when they face us,” Pathway coach Donnie Margerum said. “We have a lot of weapons, and today I was even able to get the freshmen some work, which we’ll need as the season really gets going.”

The second half started much like the first, with Stewart bringing a kickoff to the Tombstone 40, then taking a pass the rest of the way on the first play. Andre Smith then got on the board with a 3-yard run, and Stewart finished off the scoring in the fourth quarter with a 26-yard run.

For Tombstone, Brandon Redenbo put in a courageous performance up against Pathway’s big and tough defense. He ran for 45 yards and completed a 25-yard pass right as he was being hit hard to the ground.

“They ran the triple option, and I liked the way he ran the ball,” Margerum said. “I think that was something good for our boys to see early on in the season.”

The Pumas will get a big test in their next game when they host Chandler Prep. The Titans moved to 2-0 on Friday when they beat North Pointe Prep 52-6. The game will take place at 7 p.m. Friday, and Margerum expects opponents will be taking his team seriously.

“We’re ready,” Margerum said. “We’re not just here to be here. We’re here to get into the championship game and take home another ring.”