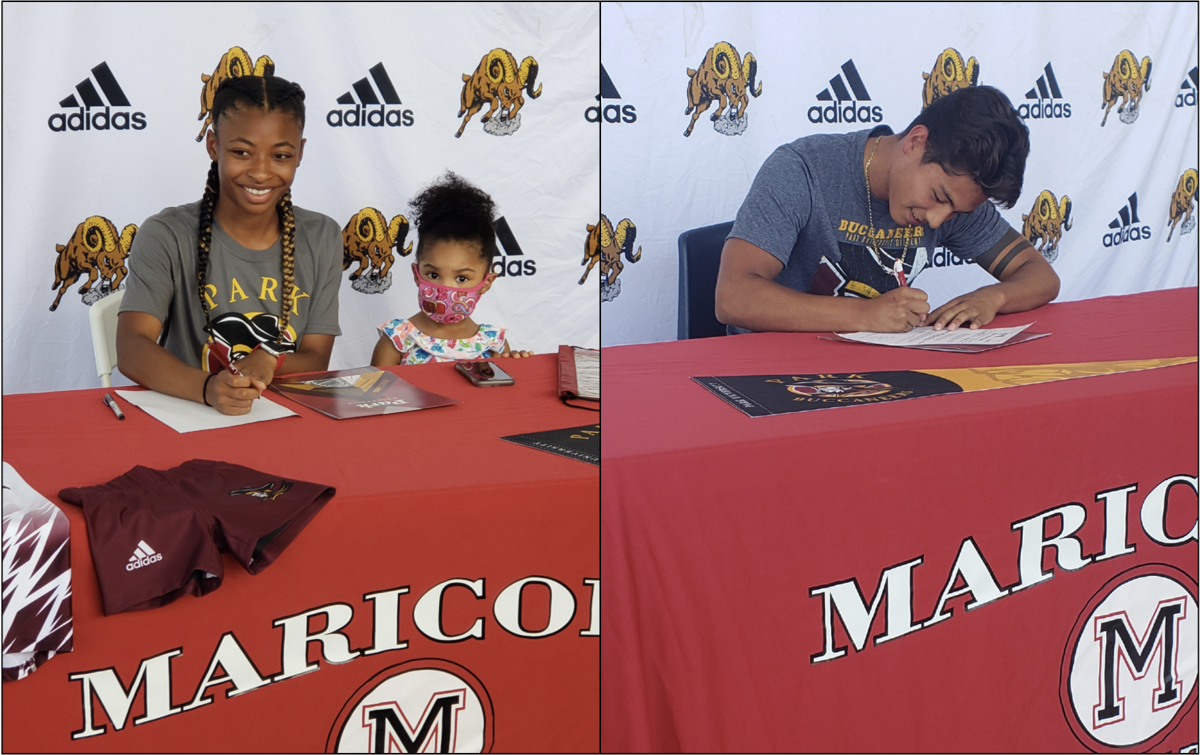 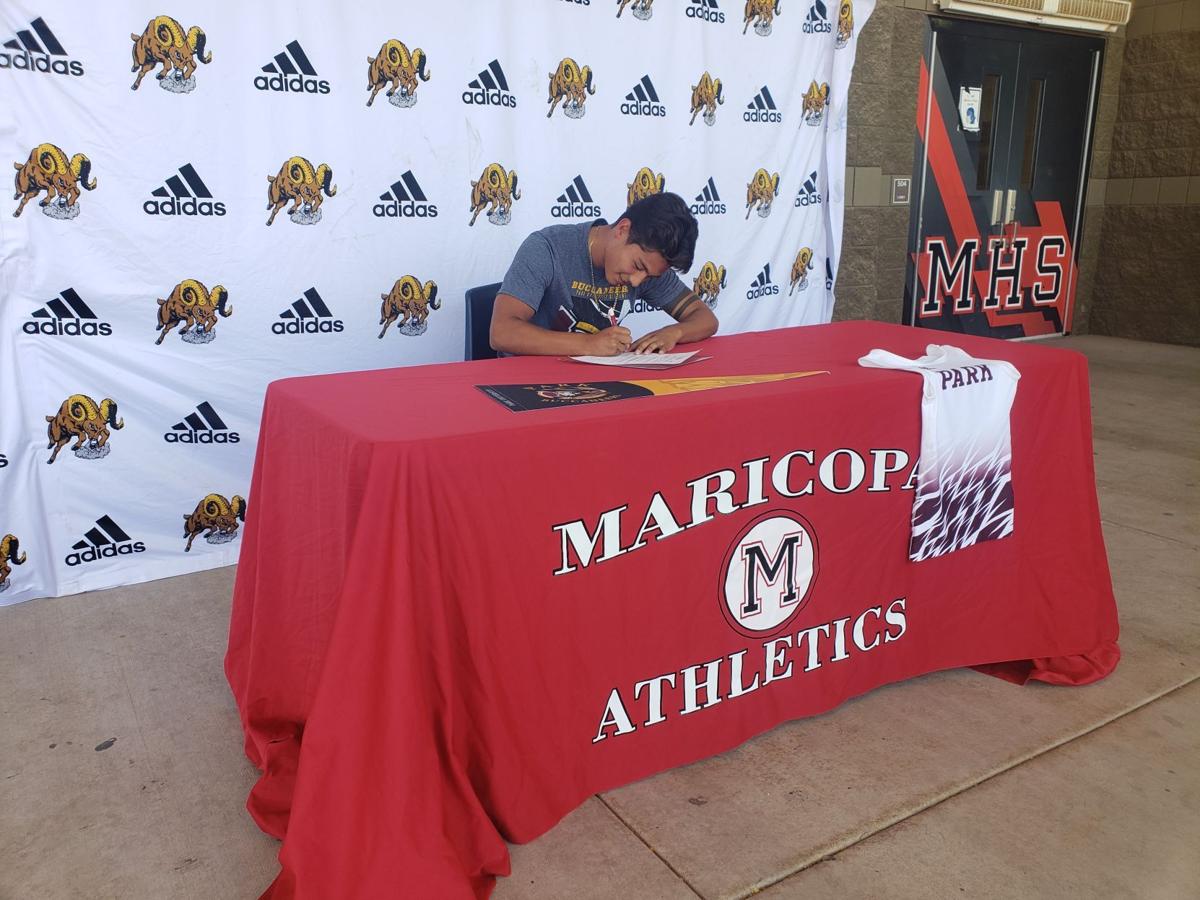 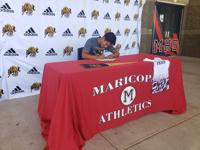 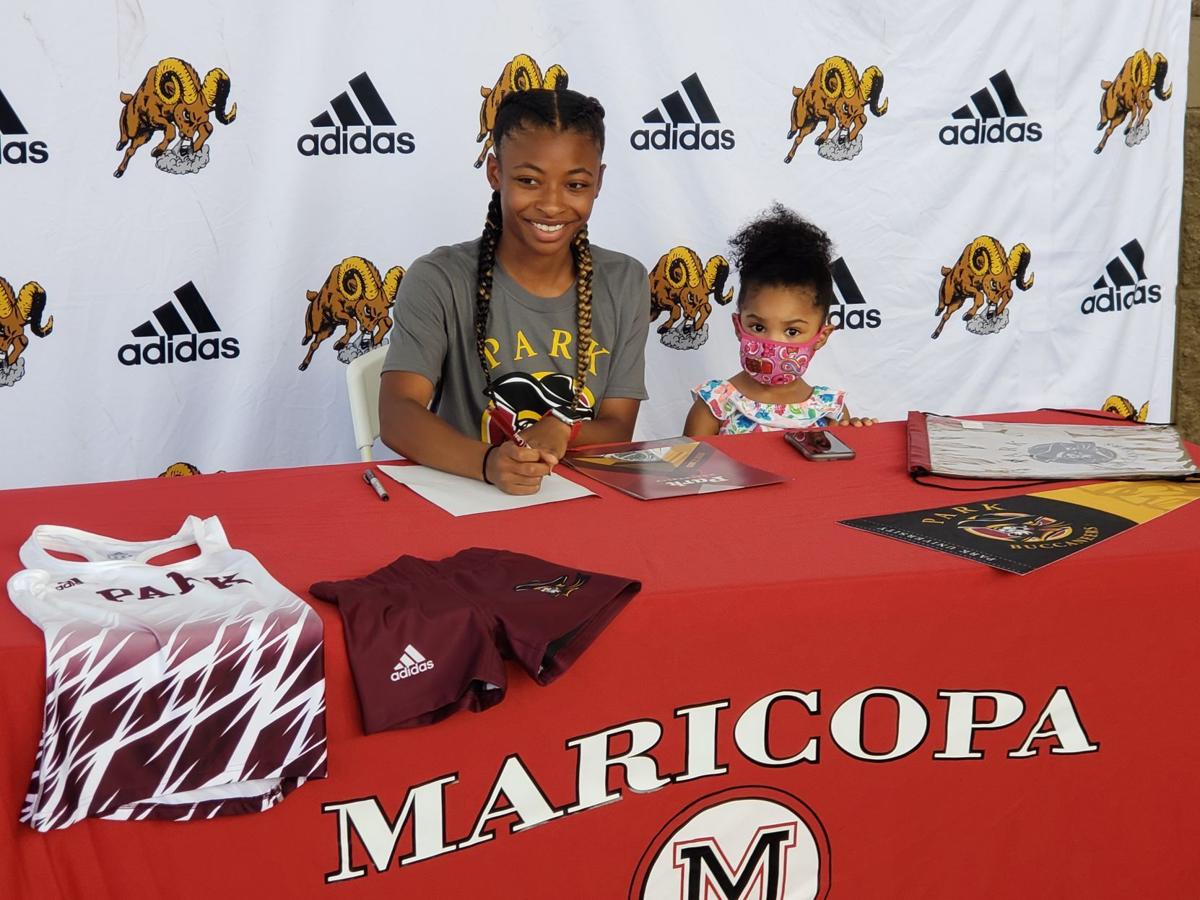 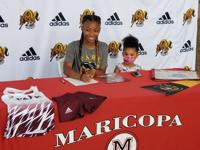 MARICOPA — The way the coaches tell it, something has just clicked between the track and field programs at Maricopa High School and Park University.

Park coach Brendan McMaster and Maricopa’s Corey Nelson spoke about how their visions for an ideal track athlete quickly gelled, setting the foundation for two Rams to sign just a few days apart to run at the four-year university in Gilbert.

“We’re building a bridge from Maricopa to Park University, which is always healthy,” Nelson said. “Obviously, they like what we do here and they like our structure, just as much as we admire their structure. So it’s a good marriage, so to speak.”

For McMaster, being able to trust a high school coach when he or she says they have a reliable recruit waiting for an offer is important. Park is just concluding its first track and field season, so there is still a lot of culture building that needs to be done.

The Maricopa-Park pipeline began May 5 when sprinter Ebony Griffin became Nelson’s first athlete to sign a track and field scholarship. With her little sister beside her, she put a happy ending on a tough year that saw her only run a handful of meets due to illness.

“I never expected to run in college, absolutely not,” Griffin said. “But as I got older and continued to run, I liked it more and started to think about it. Then during the pandemic, I decided I wasn’t done running yet. And I got this amazing opportunity to continue at a college.”

Griffin expects to continue to compete in her current events, which include the 200-meter, 400-meter, 4x100 relay and 4x400 relay.

Joining Griffin in Gilbert next year will be fellow sprinter Abel Rodriguez, who signed on May 10. The coaches raved about his work ethic as a multi-sport athlete who also excelled in cross country and swimming. Nelson said whenever he would ask Rodriguez to do something, it was an automatic “yes” even if it was something he clearly didn’t want to do.

“It’s a perfect coach-athlete relationship we have,” Nelson said. “We both have the same goals and inspirations, and we both wanted to see him at the next level. … That’s what all coaches love to have in their program, when you can ask an athlete a question and you already know the answer.”

Rodriguez said saying “yes” comes naturally for him, because telling a coach you can’t do something gets you nowhere. Now that he has signed to run at a university, he says the proof is in the pudding.

“I feel like all the hard work I’ve done and all the effort is actually being put to good use,” Rodriguez said. “It’s just a great feeling to know hard work will get you somewhere.”