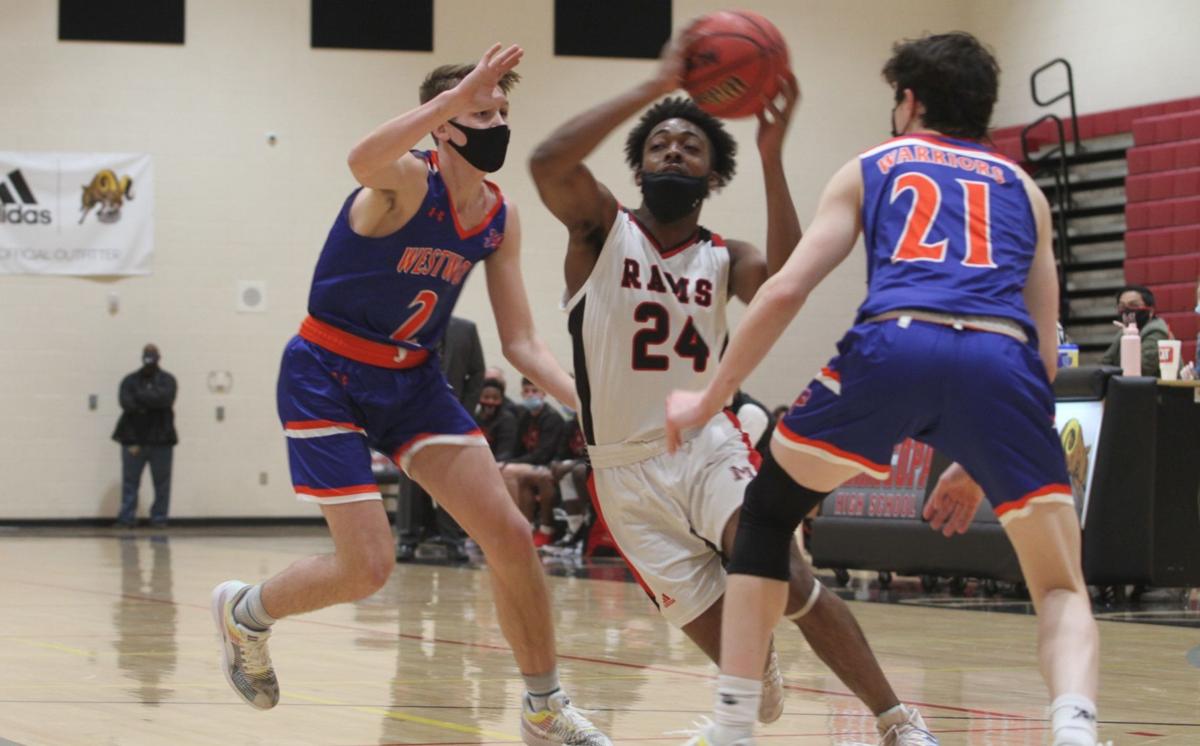 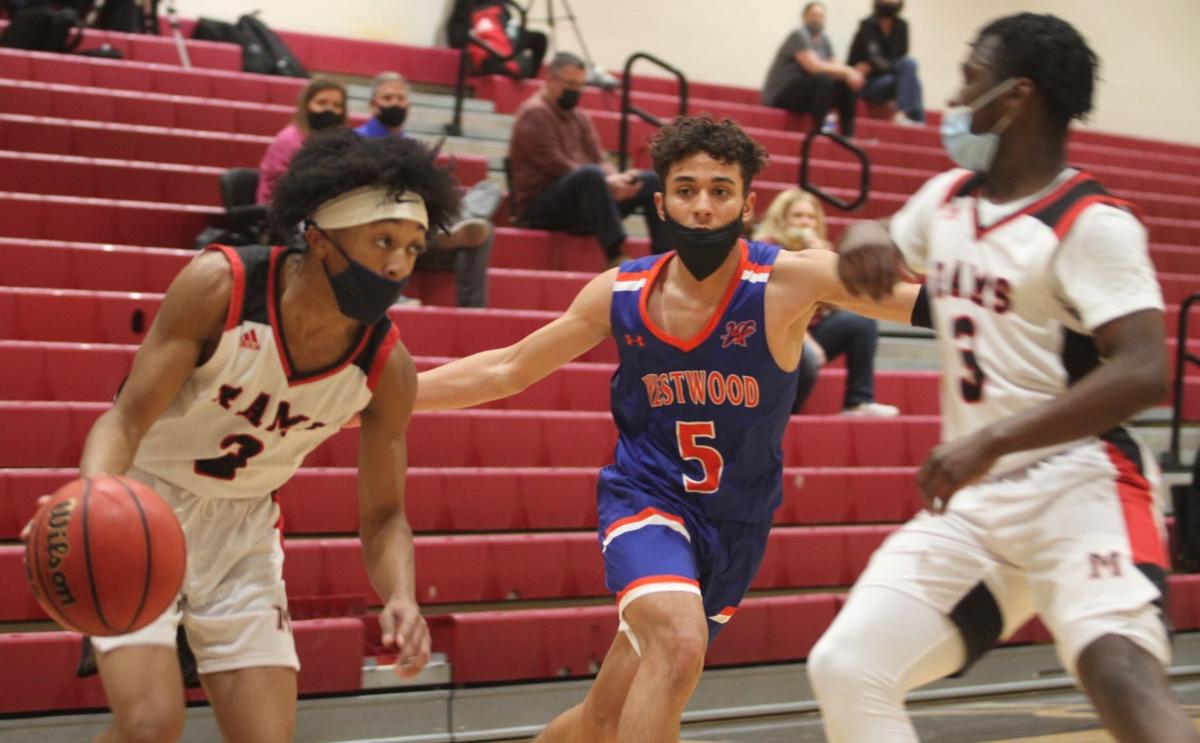 Maricopa guard Justice Stephens, 2, looks for an opening against Mesa Westwood on Friday in Maricopa. 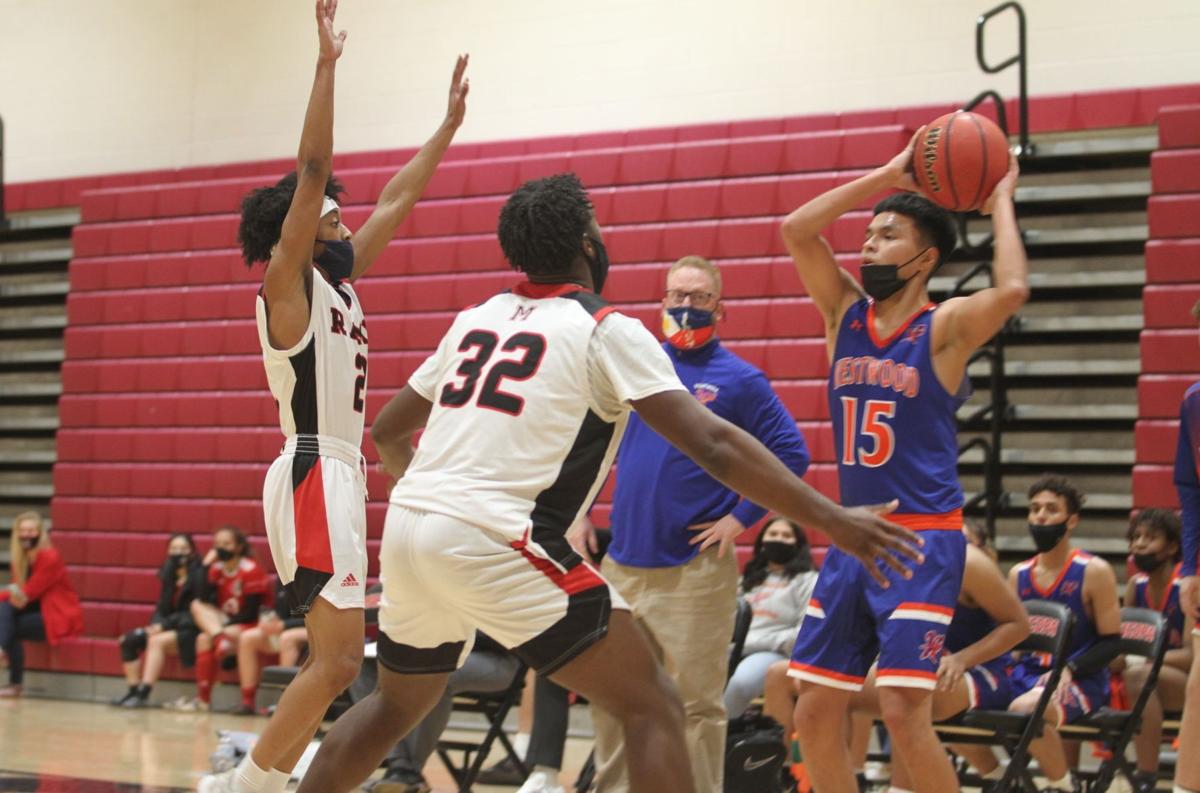 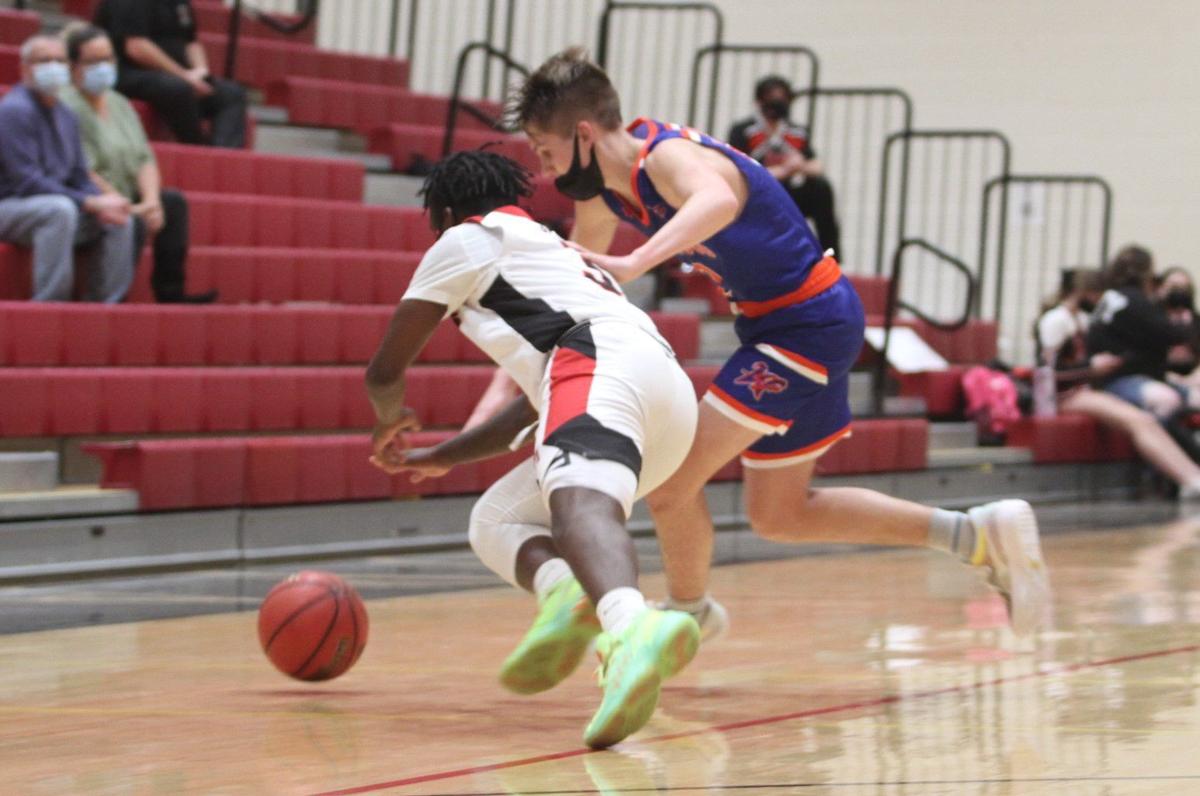 Maricopa senior Stephen Harris dives on the floor for a loose ball against Mesa Westwood on Friday in Maricopa. 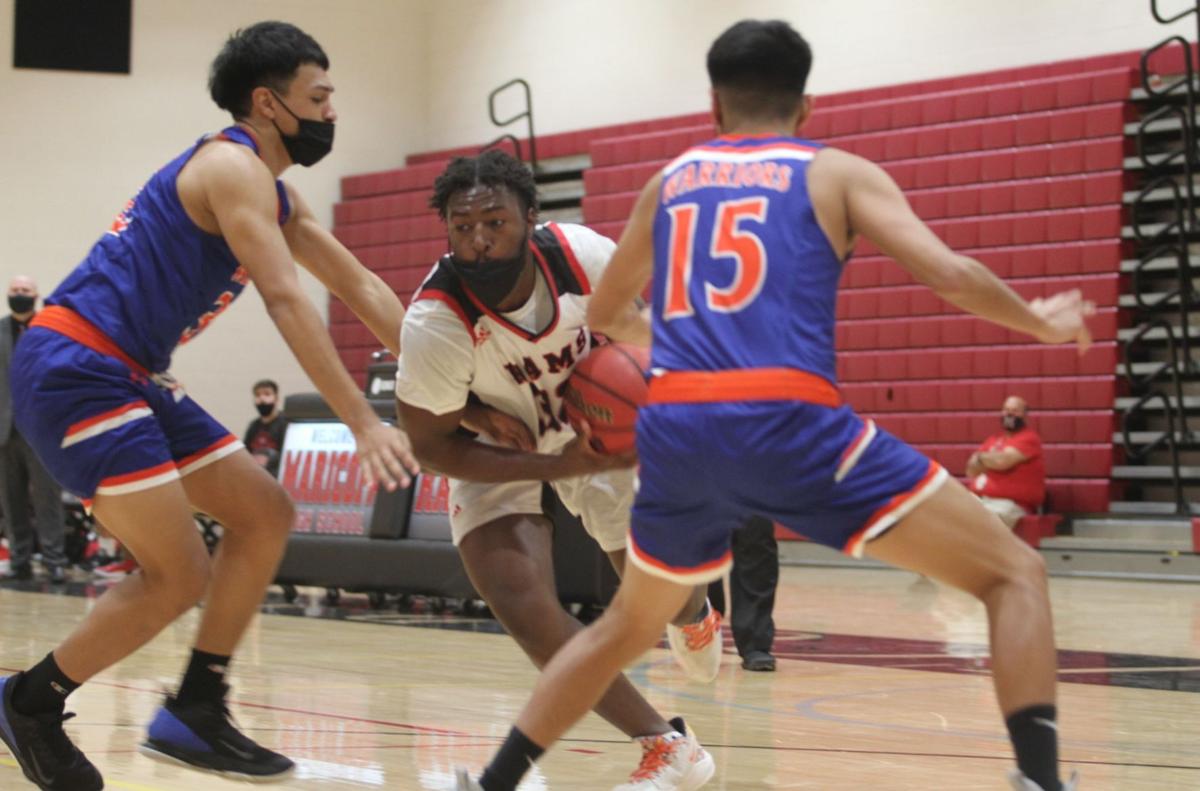 Maricopa guard Justice Stephens, 2, looks for an opening against Mesa Westwood on Friday in Maricopa.

Maricopa senior Stephen Harris dives on the floor for a loose ball against Mesa Westwood on Friday in Maricopa.

MARICOPA — After being on the road for the past week, Maricopa was glad to be back home to host Mesa Westwood. The Rams had their sights set on putting an end to their seven-game losing streak.

But first they had to contain an offense that favors the 3-point shot.

In the first quarter both teams were going back and forth. The Rams left some points on the floor, as they struggled at the free-throw line by going 1-for-4. In the second quarter, the Warriors were gaining momentum, but the Rams put an end to that.

Maricopa (2-7) closed out the second quarter on a 10-0 run. The defense forces turnovers that led to easy transition opportunities.

“We had to get the momentum going into the second half,” Maricopa coach Paul Gretkierewicz said. “Our run got us jump-started, because we know this team has to the chance to get hot when they shoot from beyond the arc.”

Coming out of halftime, Maricopa was in control of the game. Senior guard Justin Stovall and junior forward Merhauri Xepera led the charge for the Rams, getting it done on both ends of the court.

However, it took until the fourth quarter for Westwood (2-8) to catch fire. The Rams largest lead was 12 points, but quickly, the Warriors started making their shots and forcing turnovers. The Warriors erased their deficit when the game was tied 43-43 with 1:33 remaining.

Maricopa regained the lead with 30 seconds left, as the ball was heading out of bounds on a missed shot, but senior forward Isaiah Peters hustled over and threw the ball back into play. The ball went into Stovall’s hand, and he gave the Rams a 45-43 lead.

The Warriors had one last shot after forcing a Rams turnover with 1.8 seconds remaining. Westwood elected to go for the win with a 3-pointer by Devan Begay, but the shot didn’t even touch the rim. Maricopa avoided a late scare to get its second win of the season.

“It was a great hustle play by Isaiah,” Stovall said. “When he passed it back in, somebody had to put up the shot, so I did. It feels great to get the win, hopefully this can get us going for the rest of the season.”

Stovall led the way for the Rams, finishing with a game-high 17 points and seven assists. Many of those assists went to Xepera, as he added 14 points and tallied 16 rebounds. Maricopa didn’t allow any player from Westwood to reach double digits in points and forced 18 turnovers.

“We knew this was a perimeter-shooting team,” Gretkierewicz said. “We switched to a 3-2 zone, and it worked tonight. These kids are working, doing the details and have done more compared to the last stretch of games. It ended up paying off, but we have to get ready for (Mesa) Dobson on Tuesday.”