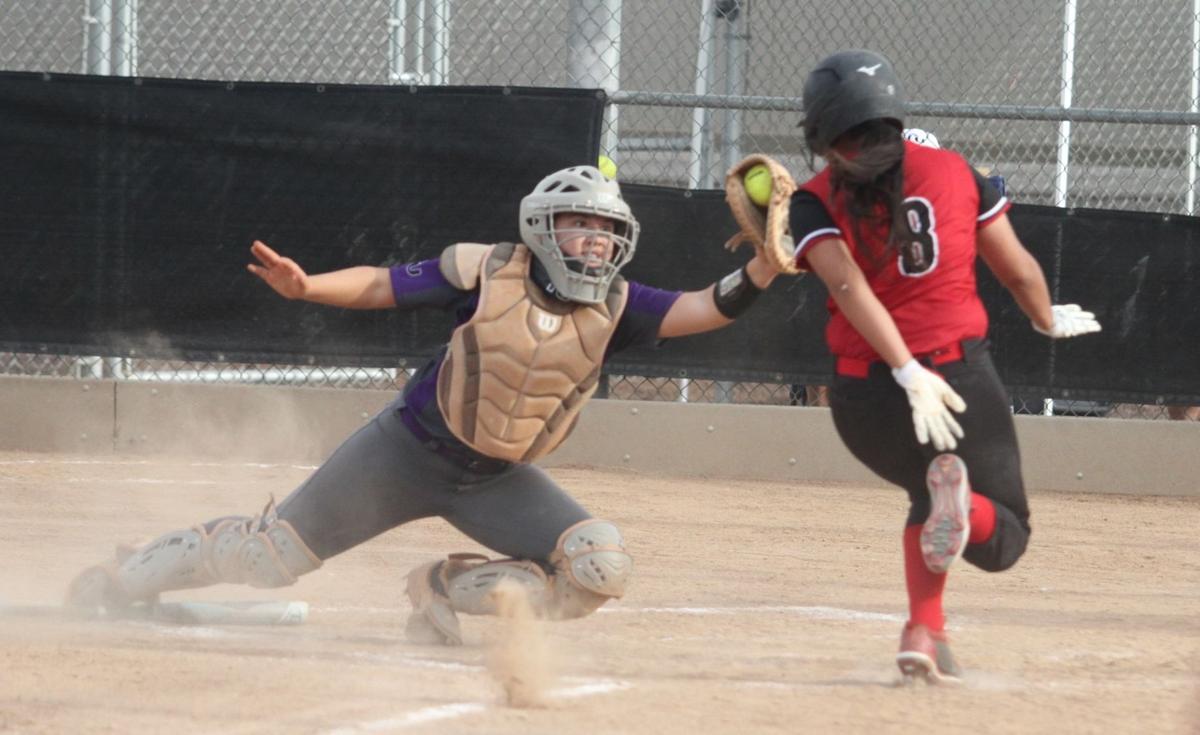 MARICOPA – Looking to snap a four-game losing streak, Maricopa (4-7) hosted Tucson Rincon/University (3-6) Thursday, coming back from an early deficit for a 4-3 victory.

Rincon started the game with a 2-0 lead in the first inning. The Rangers were able to draw a walk and a couple of base hits. However, Maricopa would go on to score two runs in their first plate appearances and tie the game.

After the first inning, senior pitcher Gillian Gardner cruised her way to the win. The rest of the way she would give up one run, one hit, one walk and finish with 10 strikeouts.

“It’s all about just looking behind me and knowing my teammates will pick me up,” said Gardner. “After we got through the first inning, I knew my teammates were going to help me out. All I could do is control myself and my pitching. I appreciate my team for having my back.”

“We need to focus on getting the ball down when the bases are loaded,” said Maricopa head coach Kayce Paine. “We need to hit it hard on the ground and out of the infield so even the outfielders don’t have a chance to make a play.”

In the fifth inning, the Rams finally came through with runners in scoring position. Senior catcher Ferny Carias led off the inning with a triple to right-center. Next, senior Evone Santiago recorded a bunt single as the pitcher didn’t make a play to keep Carias at third.

Gardner would come to the plate in the next at-bat and grounded into a fielder’s choice. Carias beat the tag at the plate, while Santago reached third base.

Later in the game, Maricopa squeezed in another run. Meier reached base due to an error by the third baseman. She would steal second base and advance to third base on a wild pitch. Senior Miquela Pino drove in Meier on a pop fly that fell right in front of the left fielder.

The sixth inning run was much needed as the Rangers would cut the Rams two-run lead down to one with a solo home run in the seventh. The Rams would put an end to their four-game losing streak and finish with 11 hits in the game.

“Hitting has been one of the things we have been working on for a while,” said Paine. “There’s still a couple of things we need to get down, but I can’t get mad for them making contact. Having our hitting come back today felt good.”