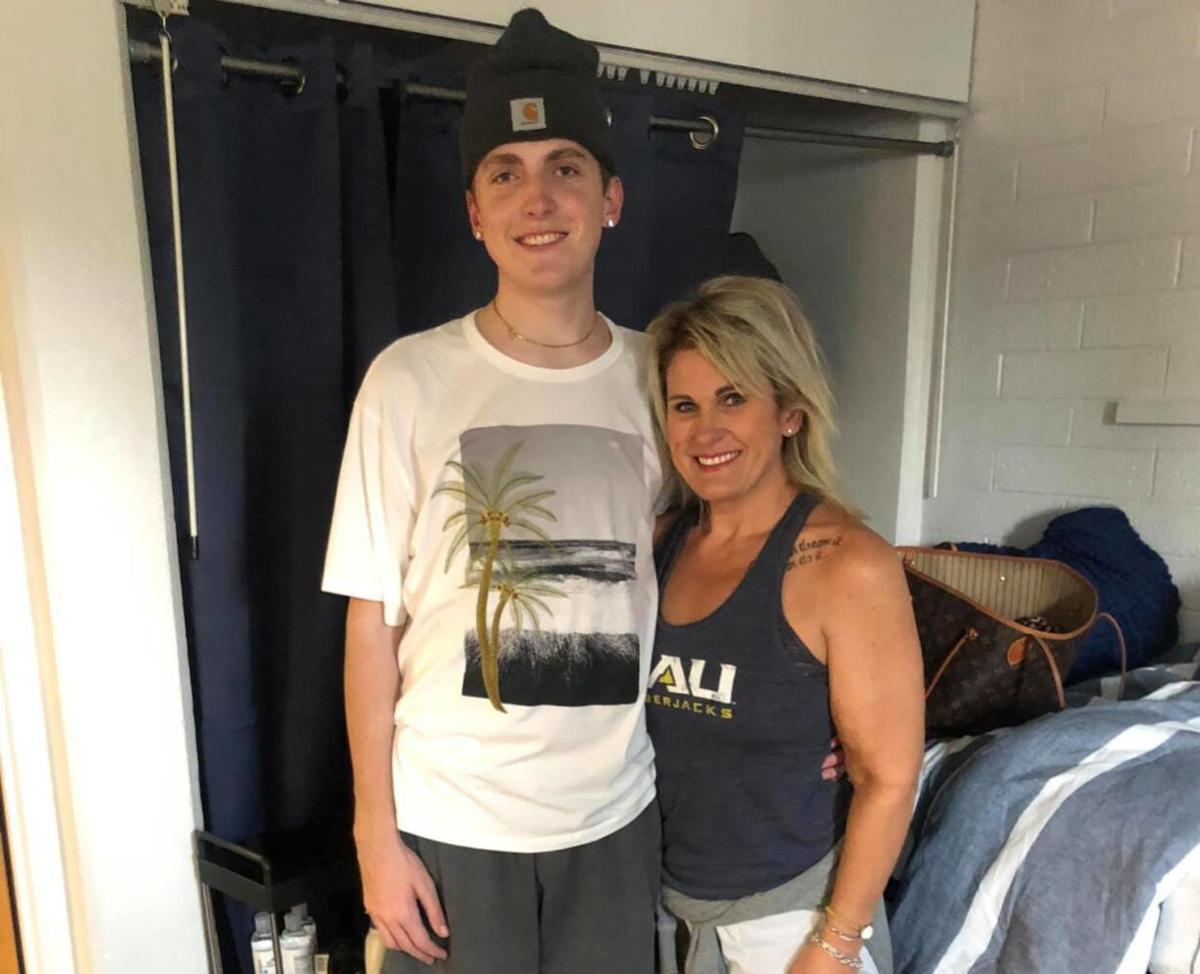 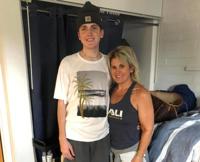 Daxton Redfern and his mom, Zoe, pose for a photo in his dorm room at NAU where he is studying business. 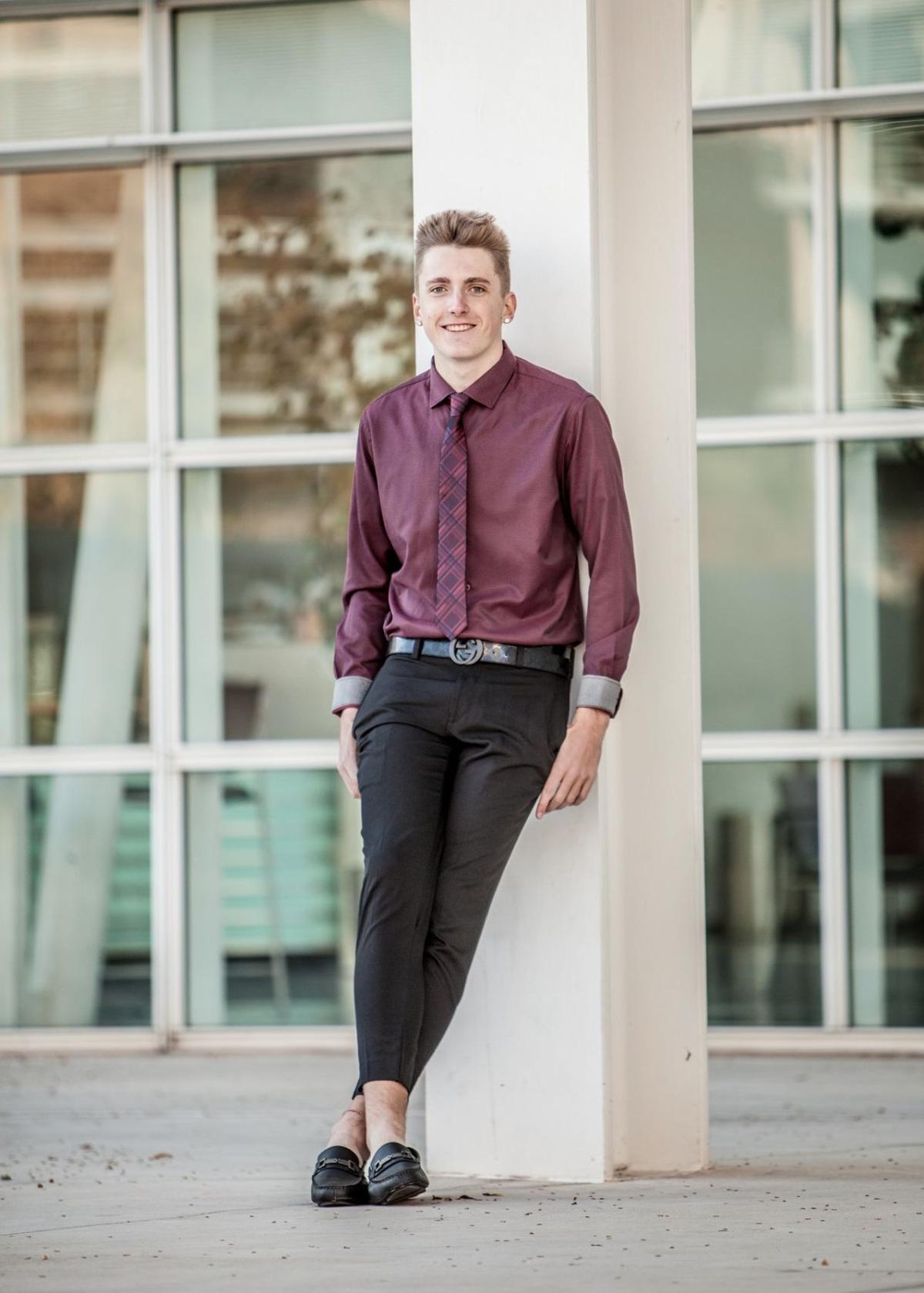 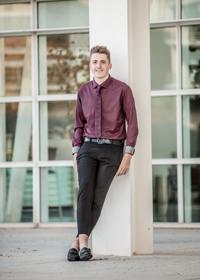 Daxton Redfern and his mom, Zoe, pose for a photo in his dorm room at NAU where he is studying business.

MARICOPA — With Daxton Redfern’s Maricopa High School football career completed and graduation behind him, the former Rams quarterback was ready to take on his college experience at Northern Arizona University as a business major.

But, life had other plans.

In early July, Daxton fell ill with what he thought was strep throat. The bacterial infection was common for Daxton, who got strep at least twice a year, usually in the summer. He visited a few doctors, but none could pinpoint what was causing his symptoms.

At that point, Daxton’s mom, Zoe Redfern, was monitoring him closely at home, and his condition began to deteriorate rapidly. The 6-foot-6, 200 pounder was winded even walking from the house to the car, and his heart was racing. She took him to a Casa Grande medical facility, but they quickly realized Daxton was much worse than they could handle at the office.

“His heart was moving at about 200 beats-per-minute,” Zoe said. “They said, ‘You have to get him to a Trauma I emergency room immediately because his heart is failing.’”

Chandler Regional Hospital was the closest to them, so Zoe made the drive, picking up her husband, Mike, and white-knuckling the steering wheel all the way there.

The 18-year-old was admitted to Chandler hospital that day, but for a few days he hung in limbo as doctors were unsure if he would pull through at all. The mysterious virus had taken hold of his internal organs, effectively shutting down his regular bodily functions.

“My body basically just started breaking down, and I was really struggling,” he wrote recently from his NAU dorm room. “My kidney and liver were both at really low functions and started causing issues, but the thing that ended up being the biggest issue was my heart.”

Daxton was diagnosed with cardiomyopathy, which basically meant his heart was failing and was working at only about 30% ejection fraction (EF), a measurement of how much blood is leaving the heart per beat. Meanwhile, his lungs and chest had filled with fluid.

Doctors worked round the clock to figure out what was causing Daxton’s extensive symptoms. He says he must have been tested for COVID-19 more than 20 times throughout his ordeal, but all his tests came back negative. Antibody tests also came back negative.

“There’s still a vagueness behind everything that happened with me and my body,” Daxton said. “After about two months of extensive testing and hospital stays, the doctors came to the conclusion that it was most likely just a viral infection that really took a toll on my body for whatever reason. They believe I was fighting mono (epstein-barr), strep throat and pneumonia all concurrently.”

Daxton lost 40 pounds in the ordeal — mostly muscle. His heart is back up to 45% EF, with the hope that he will one day get to 60%, “but that’s about the best they think my heart will recover.” He may have some slight long-term damage to his kidneys as well, but he is completely symptom free now.

Daxton and doctors said his strong physical condition at the time helped with his recovery, thanks to his work with MHS football and Coach Brandon Harris.

“The only thing that was really keeping him going was his heart was in such strong condition,” Zoe said. “His heart rate was continuously, extremely high. ... Ultimately with his heart being in such great condition, it saved his life. Otherwise he would have ended up dying that day that we first took him to Chandler Regional because he went into cardiac arrest.”

Daxton is slowly gaining weight following his ordeal and hopes to be able to get back in the gym by December. But sports, for now, are out of the question due to his health. He is still on some medications, and Zoe says she’s playing mama bear in ensuring her son is diligent with his medications.

Still, she says she’s never been more proud of her son, who was forced to grow up fast these past few months.

“He had to grow up very quickly. He had to make decisions and learn about his health,” she said, tearing up. “He did a really good job and he came out of this experience very mature. I am very proud of the decisions he has made.”

Daxton said his hospital stay was an isolating experience. He went more than 10 days without a single visitor due to COVID regulations. But his family, friends and former football team found other ways to show their love and support for the former quarterback.

“Even though I was by myself, it helped knowing that my family and a lot of people all around the city were thinking of me,” Daxton said. “I can’t thank Coach Harris and the football team enough for their continuous support through this whole situation. Coach Harris especially has done a lot for me, and he and I will continue to remain close even as I pursue other things into college.”

Daxton and his brother both attended Maricopa schools since kindergarten, and support for the Redferns came from all parts of the community.

“I could not believe the outpour of positive communication that we received from the people in our community,” Zoe said. “It really just makes us proud to live here in Maricopa and that’s why we’ve stayed here for so long.”

The recovering Daxton is now ready to turn his attention back onto his bright future at NAU, studying business and attending school via hybrid learning.

“The past two to three months have been the craziest months of my life, and it’s been a really life changing time for me. But my family, friends, and everyone who supported me, have made it significantly easier,” Daxton said. “I’m just thankful I’m at where I’m at.”