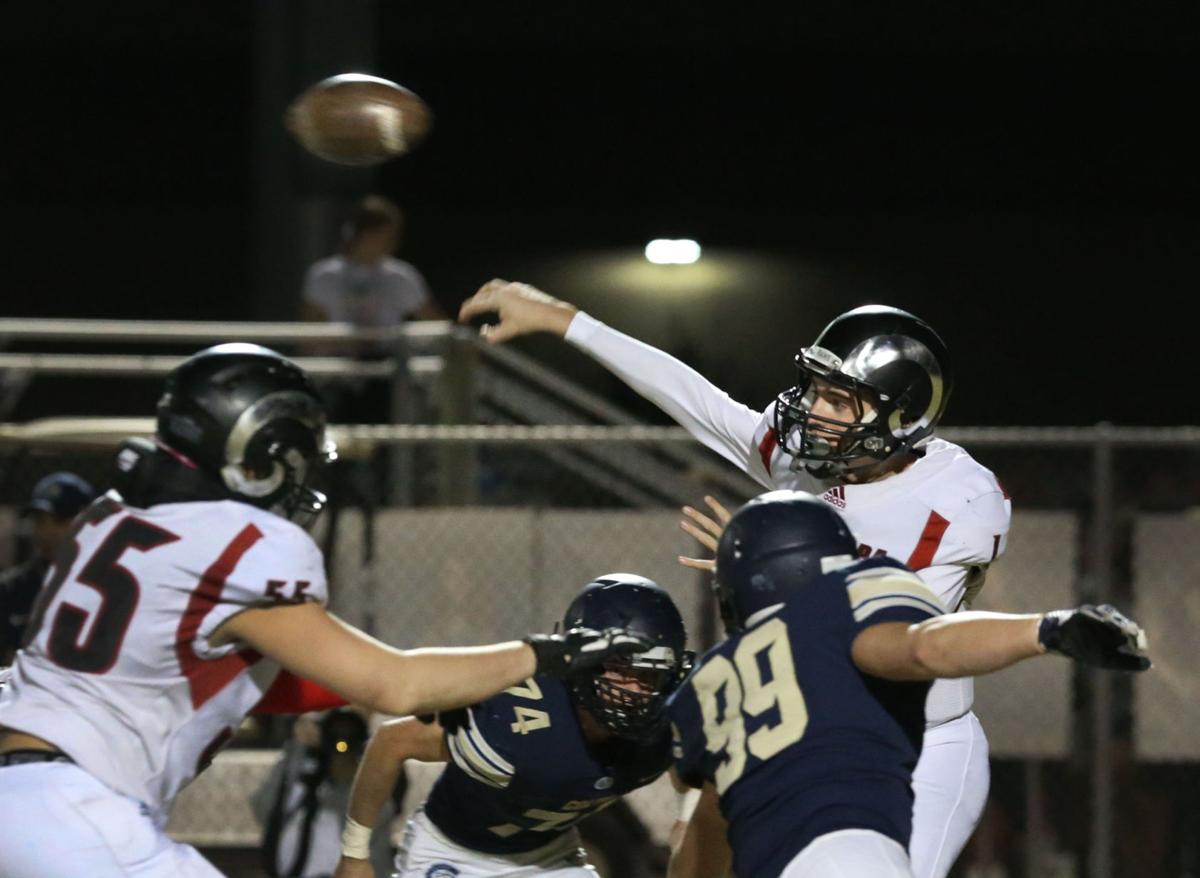 Maricopa quarterback Daxton Redfern throws a pass under pressure from Casteel’s defense during the Oct. 25 game in Queen Creek. 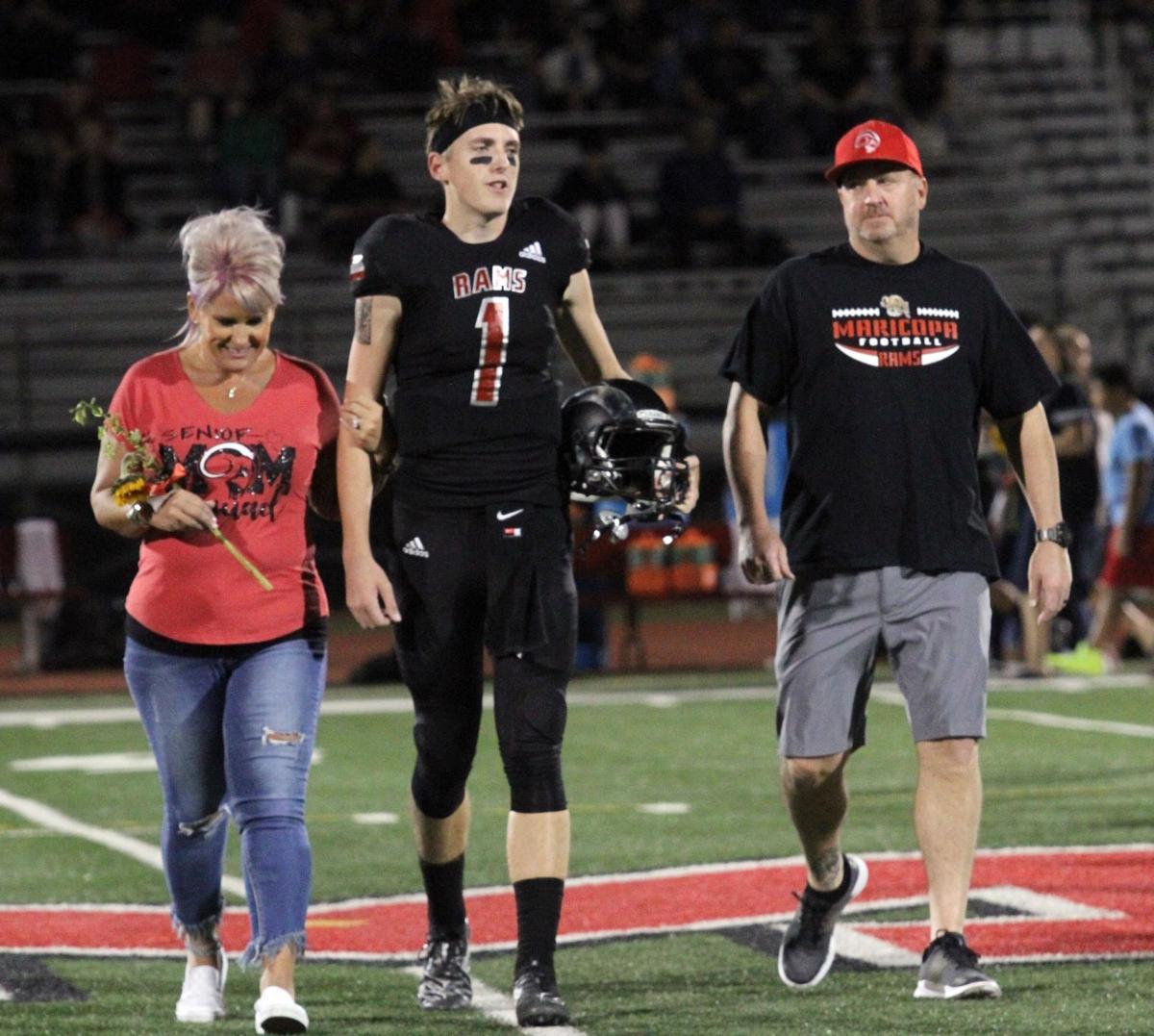 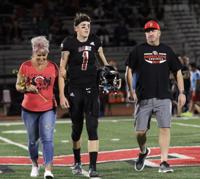 Daxton Redfern, center, walks onto the field during his Senior Night on Oct. 18 in Maricopa.

Maricopa quarterback Daxton Redfern throws a pass under pressure from Casteel’s defense during the Oct. 25 game in Queen Creek.

Daxton Redfern, center, walks onto the field during his Senior Night on Oct. 18 in Maricopa.

The MHS Football Facebook page requested prayers Sunday night for the 18-year-old who graduated in May, and stated, “He is at Chandler Regional Hospital and is dealing with some very serious life altering challenges.”

Zoe Redfern, Daxton’s mom, said he contracted some kind of viral illness that attacked his organs. Harris called it a “freak” incident, and said doctors do not believe it was COVID-19.

Since Sunday’s post, Redfern has started responding to treatment and his condition has improved. What was once a dire situation has now begun to turn in a more positive direction. However, he has a long recovery road ahead of him.

“He is strong and healthy and will return home to heal,” Zoe Redfern said. “It will take a few months, but specialists are confident in his full recovery.”

In the wake of Redfern’s hospitalization, the football team has come together. They take turns every hour sending encouraging texts and videos to Redfern while he remains in the hospital — and supplying him with plenty of his favorite snacks.

“We met as a team (Sunday) night,” Harris said. “We’re doing things to support him and show him that we love him and encourage him. It’s not about football at that point, it’s the game of life. We just want to make sure that he understood that ... ‘Once a Ram you’re always a Ram.’”

Harris is also hoping for a speedy recovery for Daxton, but either way he made it clear the team would be there for the former quarterback.

The 6-foot-6, 200-pound quarterback was a leader on the field for the Rams. Redfern’s best performance in a Maricopa uniform came Oct. 25 last season, when he threw four touchdown passes against Queen Creek Casteel, a team that advanced to the 5A state semifinals.

And, as Harris was quick to point out, his performance on the field could very well have contributed to his ability to fight off the virus.

“I think the good thing is, the doctor stated that his physical condition and the fact that he was in great shape saved his life,” Harris said. “He attributes that to the work he did in our program.”

Zoe Redfern confirmed that Daxton remains in stable condition and will be released soon to continue recovery at home.