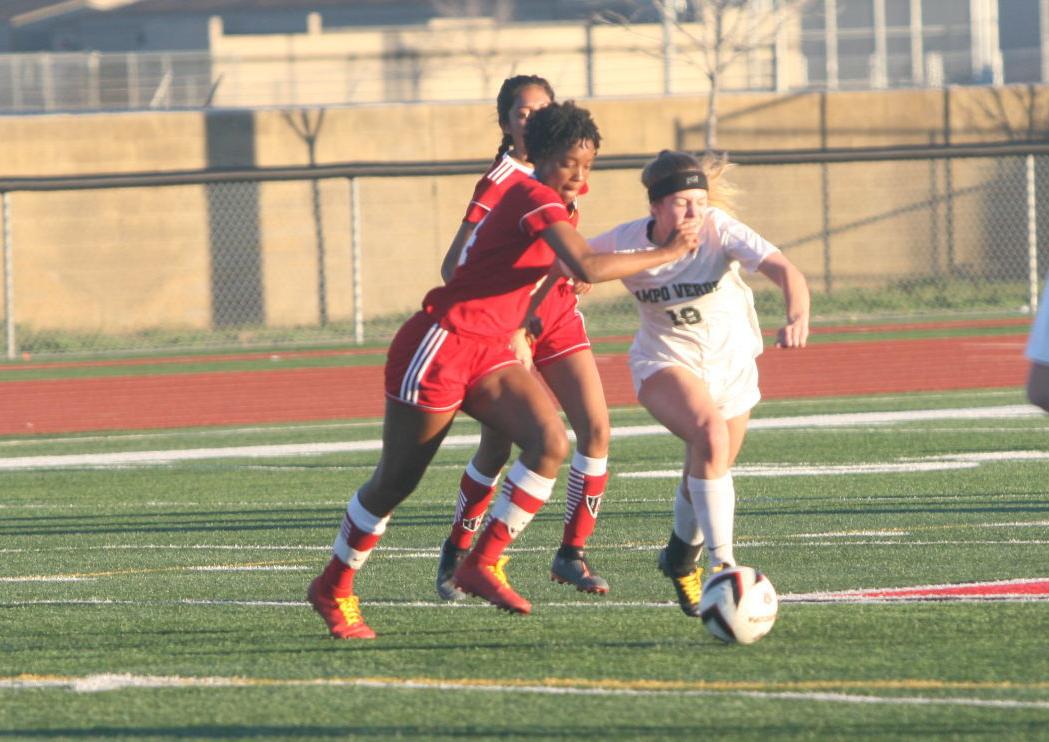 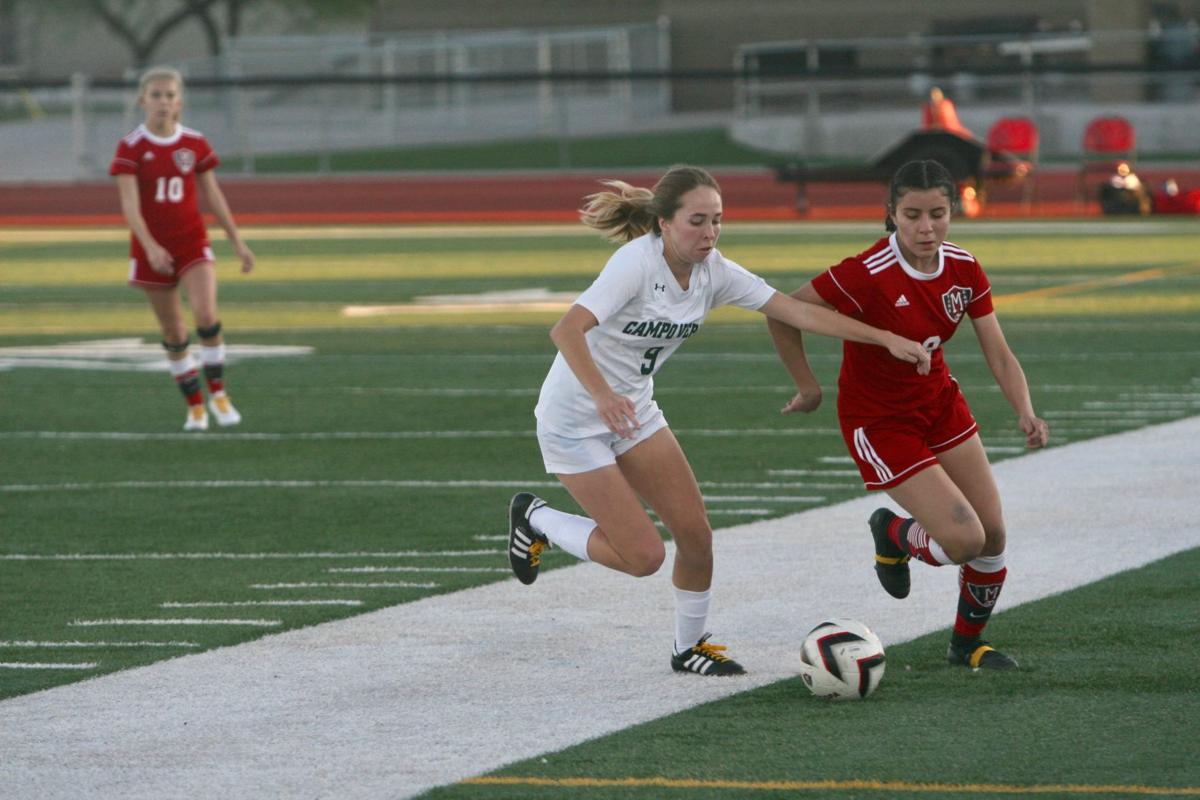 Maricopa midfielder Jezelle Magallanes gets around Campo Verde’s Alyssa Cave during their game on Tuesday.

Maricopa midfielder Jezelle Magallanes gets around Campo Verde’s Alyssa Cave during their game on Tuesday.

MARICOPA — After the Maricopa girls soccer team got off to a 5-0 start is regular season games, they were riding high, ranked in the top five in the 5A conference. But coach Cortney Kellenaers knew what was coming, and they can’t rest on their laurels.

The Rams find themselves in a brutal region, with all four other teams ranked in the top 10 entering Tuesday night. Sure enough, they have lost three of the past four games and dropped down to 21st in 5A, fighting for one of the 24 playoff spots up for grabs.

“I’ve been trying to prepare them since the beginning,” Kellenaers said. “We talked about how we’re preparing for Casteel and Campo Verde. We knew they were going to be incredibly tough competition, and that we knew we didn’t have very strong opponents before that. But unfortunately, game experience plays a huge role.”

The Rams faced a major part of that challenge on Tuesday when they welcomed top-seeded Gilbert Campo Verde to Maricopa. The Coyotes were able to show they’re worthy of that ranking by dominating possession throughout the first half. It’s a stressful way for a team to play, but the Rams were able to hold the fort and keep the game scoreless at halftime.

When playing this way, it helps to have someone up front to kick the ball to, knowing she will be able to control it and make something happen by herself. That’s what happened just over five minutes into the second half, when Saneya Cowing wrestled with a defender to gain possession, then managed to run past her to get one-on-one with the goalie. She confidently slotted the ball into the goal and the Rams suddenly had the lead against the run of play.

“Seneya does a good job for us. She works really hard,” Kellenaers said. “She earns every goal she gets, that’s for sure.”

Unfortunately for the Rams, the dam they were able to form in front of their goal wasn’t able to withstand more pressure, and their lack of possession eventually caught up with them. Not long after Cowing’s goal, the Coyotes caused havoc right in front of goal. They got the ball in, but it was called off as the referee determined Campo Verde had fouled the keeper.

With 25:31 left, the call went the Coyotes’ way, as they were able to win a penalty that Rylee Rottweiler converted just past the keeper’s outstretched hand. It only took another two minutes for Alexis Kreipke to give Campo the lead with an impressive swinging-leg shot off a teammate’s cross. At that point the dam had truly burst, as the Coyotes scored two more goals before the final buzzer sounded.

Still, he saw what he wanted to see from his team against an opponent like Campo. He said the goal is to compete against them, and they were able to hold their own. Now they have to learn from the experience and play the final three games with the confidence they had in the second half.

The first test of whether they will comes Tuesday for the Rams’ home finale against No. 5 Gilbert Higley.

“I think this game was huge for us, because we panicked at the beginning and played like we were the worse team,” Kellenaers said. “We were playing like they were way better than us. But after halftime and having a little talk, they actually started calming down and they started looking to play some soccer. And I think that experiencing of witnessing themselves go through that is going to be huge.”