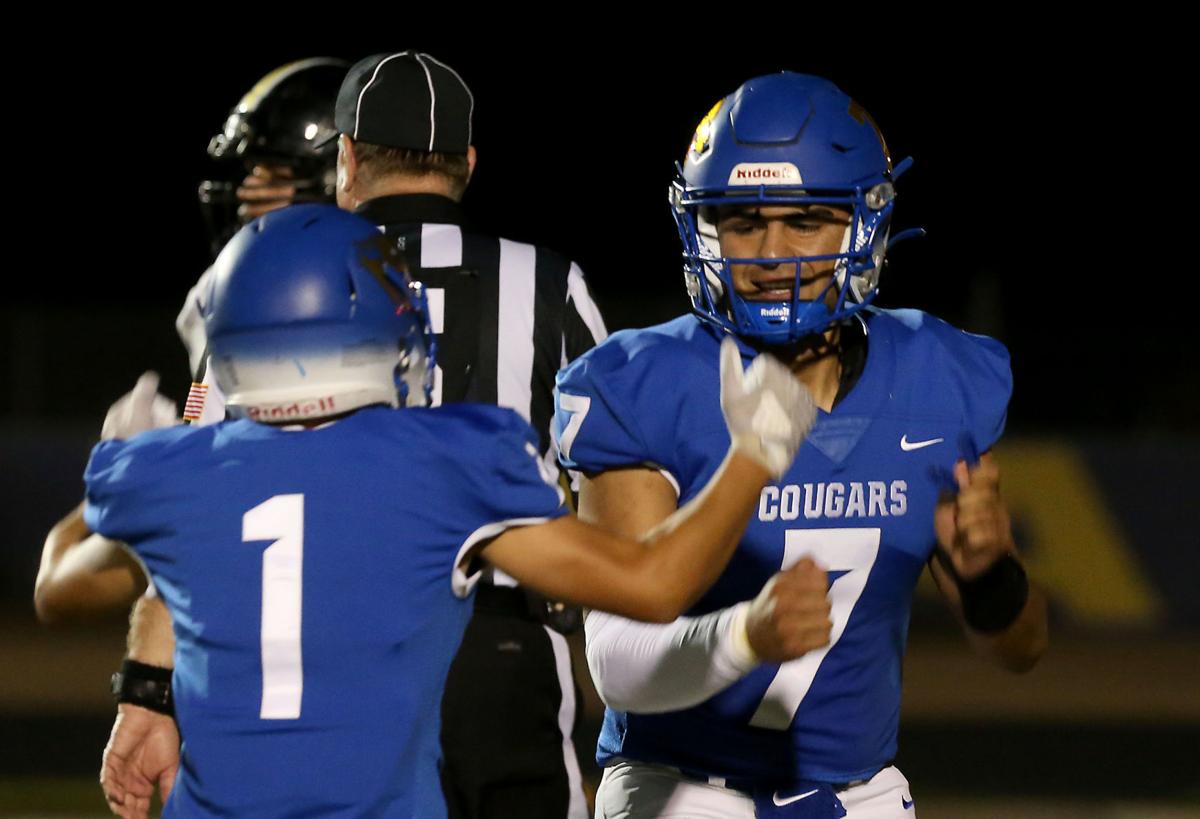 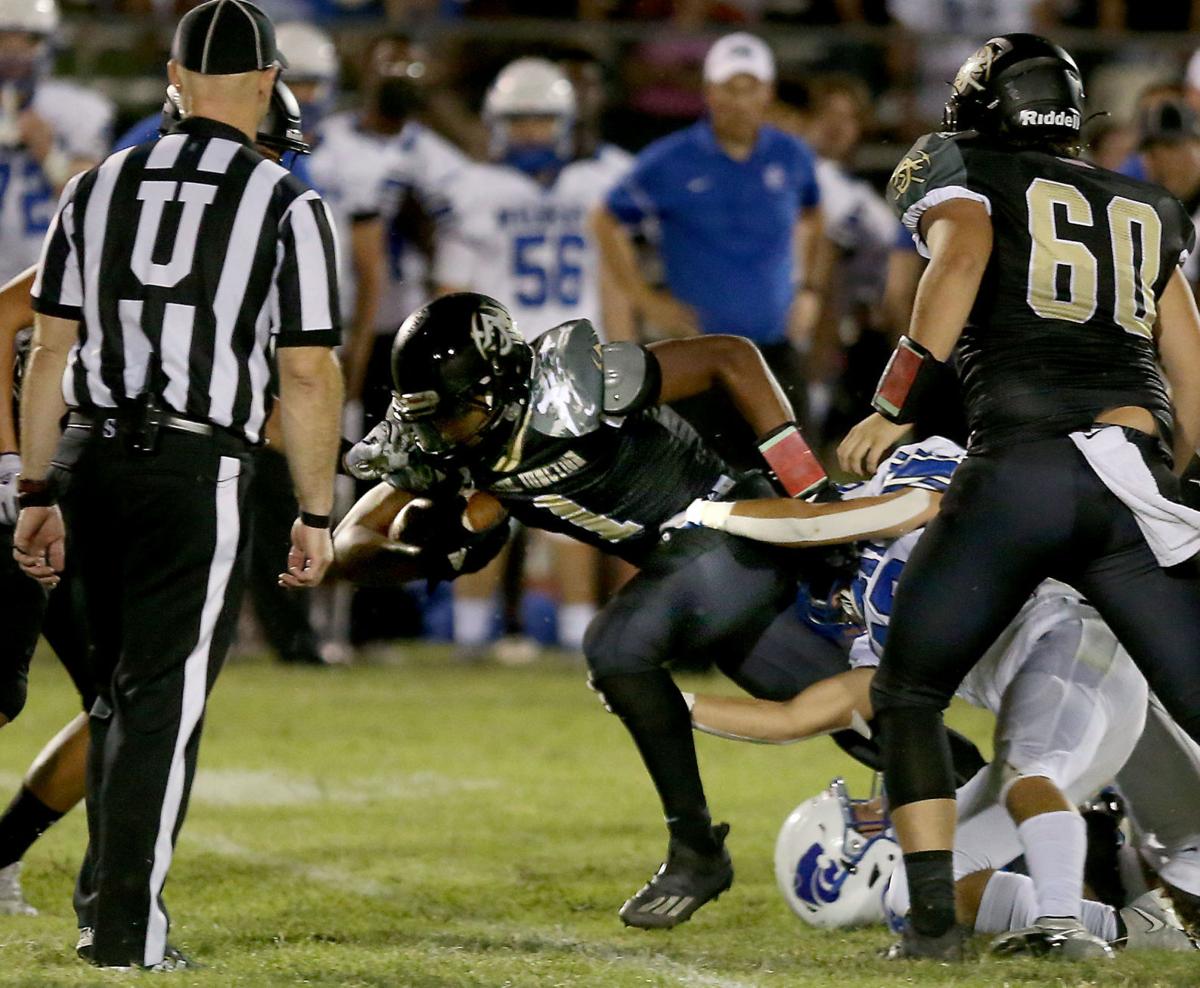 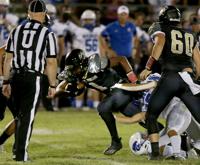 For most teams, the 2021 high school football season is somehow halfway over, so PinalCentral figured it’s time for some county-wide power rankings.

You might remember former sports editor Brian Wright doing these every week. Well, he left to go enjoy life in San Diego, so I’m taking over. That doesn’t necessarily mean this will come out every week, but we’ll regularly check in with how all our Pinal County football teams are doing.

There’s no strict method to how these rankings will be determined, but I will be putting them in the context of the conference they play in. So yes, for example, Maricopa in 5A might be defeat their neighbors Sequoia Pathway in 2A in a head-to-head battle, but the Pumas have better hopes for a playoff run because of where they are slotted, so they get the better ranking.

It also should be noted we’re only including schools that we regularly cover, so apologies to our 1A and CAA schools.

Anyway, enough shop talk. As always, if you disagree, send me a cheesecake with your objections. Or just email me at 623-261-0809.

Unlike previous years when there were others with a credible chance of going all the way, the CG Union Cougars have separated themselves far from rest of the pack in Pinal County. They came into the season with their eyes set on a state championship, and so far they haven’t given much reason for doubt.

Of course, this team features one of the state’s best one-two punches on offense in quarterback Angel Flores and running back RJ Keeton. Flores so far is 37-52 passing for 717 yards and 10 touchdowns. Most impressively, however, he has eliminated his big mistakes, with no interceptions through four games. By comparison, he had four interceptions in nine games his junior campaign. He has also rushed for 373 total yards with four touchdowns.

Keeton, meanwhile, has accrued 469 rushing yards over three games, along with 51 yards receiving. He’s had seven touchdowns this season, and won the Arizona Cardinals’ Player of the Week award.

Less heralded but equally impressive has been the Cougars’ defense, which is allowing just over 10 points per game, thanks to a strong defensive line and defensive backs who can make up ground in the blink of an eye.

Their playoff positioning will likely be hurt by the canceled game against Chandler Seton Catholic, which would have greatly improved their strength of schedule. Still, there’s been nothing so far that can stop the Cougars.

The Prospector offense can make its own case for being the best in the county after how they have performed against some very tough opponents. So far, they have laid down more than 30 points against such traditional powers as Tempe Marcos de Niza and Tucson Canyon Del Oro, while their only loss was a hard-fought contest to mighty Gilbert Mesquite.

The secret to the Prospectors’ success? Well, that would be breakout junior star quarterback Gavin Limongello, who is catching the attention of recruiters with his impressive productivity. Through five games, he has completed 62 of 87 passes for 846 yards, four touchdowns and one interception. But it doesn’t stop there. He has also run for 430 yards and two touchdowns.

Joining Limongello is sophomore running back Isaiah Savoie, who in his first year as the primary ball carrier has run for 694 yards, including more than 100 in all four games he’s played.

The Prospectors still have plenty of big tests ahead of them including Poston Butte (don’t worry, we’re getting to them soon) and Phoenix Browne in the final week of the season.

With only two years in the Arizona Interscholastic Association, it’s still hard to tell where the Pumas stand among the best in the 2A conference. What we do know is if you don’t have a way of keeping up with some top-level speed and strength, you’re not going to have much of a chance.

In their four wins so far, the Pumas have put up 62 points twice, and no less than 30. This is done primarily through the ground, as Pathway has totaled 1,623 rushing yards so far. They’re led by Tre Lacey’s 768 yards rushing with eight touchdowns, but Jyrie Gamble, Cornell Reed Jr. and Tyshaun Mooney all have added more than 200 yards each.

However, when they go up against better teams, the scoring tends to stop. Against Morenci and Arizona Lutheran Academy, they only managed 18 total points, so they still have something to prove against playoff-calibre teams, like their next opponent Tucson Tanque Verde.

The Broncos are licking their wounds after playing at a Glendale Cactus team that is good enough to make the AIA’s Open Division this year. But before that, they had put together an impressive three-game winning streak against tough opponents like CDO and Phoenix St. Mary’s.

To get the ball moving on offense, Poston has asked a lot out of Octavious Joe. The decathlete has carried the ball an average of 19 times per game, but he has lived up to the responsibility, tallying 582 yards and six touchdowns.

The Broncos have also won in the trenches more often than not, opening up the field for Joe and dual-threat quarterback Drew Dalmacio, who has 521 yards passing and 273 yards rushing so far this season.

Pinal County will have plenty of opportunities to make an impact on the 4A playoffs, with Combs also proving along with CG Union, AJ and Poston that they can hang in there against some tough teams. Sure, they have a losing record, but those losses came again Queen Creek Benjamin Franklin, Mesquite and undefeated Show Low.

They were able to score an impressive 32 points last week against Show Low, but unlike some of the other teams on the list they are mostly doing it through the air. Junior quarterback Tanner Hale has thrown the ball a lot, completing a little over half of his 113 attempts. Quite the slinger, he’s accumulated a county-high 1,061 passing yards with seven touchdowns and four interceptions.

Hale also leads the team in rushing, with 248 yards and nine touchdowns over five games.

It’s been a season of high highs and low lows for the Bears, though they have yet to play a region game, which keeps their playoff hopes alive. They are coming off a revenge victory over rival Santa Cruz, along with breakout performances from running back Tad Lynch, including a six-touchdown game against Phoenix Christian that won him the Cardinals’ Player of the Week award. But they’ve also been blown out by tough competition in Yuma Catholic and Ben Franklin, and suffered a surprising defeat to Tucson Mica Mountain, which was playing its first varsity game.

Coolidge has tried to get something going in the passing game all season, but to no avail. However, as is their tradition, they have shown that a team has to run hard to stop their rushing game.

Coolidge’s upcoming game against Mesa Eastmark will likely be huge in determining who wins the region and gets an automatic playoff berth.

Thanks to some late-game heroics, the young Rams team surprised some folks after starting 2-0. However, they have faced a bit of a reality check since then against CG Union and Phoenix Camelback.

Sophomore starting quarterback Damian Logan has shown plenty of promise under center, but he has also shown room to grow along with the rest of the offense that is trying to put together a more consistent attack instead of only relying on big plays late.

Things only get tougher as the Rams enter play in one of the state’s toughest section, including next week’s game against powerhouse Scottsdale Saguaro.

The Dust Devils are only this high on the list because of the leftover respect from winning the state championship only 10 months ago, as well as missing some key players such as Wyatt Ogle and Steve Calvin Jr. In their absence, Ricardo Alaniz has had to run the ball 80 times, taking a lot of big hits against tough defenses like Arizona College Prep, ALA and Coolidge.

But the fact of the matter is they are sliding through a four-game losing streak where the offense has seemed to get more and more tired every week. Still, they are about to begin region play, and if they manage to upset Sequoia Pathway on Oct. 15, they could still make it back to the playoffs.

Here at the bottom of the rankings, we’re going to have some teams who have already played head-to-head with each other, sometimes with bewildering results. This sometimes made it easier to decide the other, but other times harder. The Gophers had an impressive win over San Tan Foothills to keep the Gila River Trophy, and then the Sabercats stomped Vista Grande, so here we are.

Florence has also had a tough schedule, losing big to Show Low and Thatcher, but hanging tough with a Ben Franklin team that blew out Coolidge. They are splitting time at quarterback between freshman Logan Stenson and Jett Scott, while Kaleb Lewis has led the rushing core with 244 yards, followed by Victor Aguirre (169 yards) and Josh Jackson (147).

Again, the division is wide open, but the Gophers are going to have to hope that recent success is more indicative of their quality.

After starting the season 0-5 with a 2-1 4A school coming to town, it was quite a surprise when they walloped the Spartans 55-18.

But Sabercat quarterback Brett Lincoln has been taking care of the football well, allowing his running backs to showcase their abilities. Lincoln is actually the team’s leading rusher as well, with the other carries being split among numerous options.

The future was looking so bright for the Spartans after they started with two wins in three games after years of suffering. However, there are questions about the quality of the two teams to beat, and those worries only got louder after the loss to Foothills.

New coach Jon Roberts has introduced a more balanced offense at Vista, and the players might need some more time to work out the issues they’ve been experiencing. In a tough 4A conference, though, they need to win soon and often.

There is going to be some anger about a team that is 3-3 being two spots back of another that is 1-5. However, I would encourage some research on the quality of their three losing opponents before getting too mad at me.

Don’t get me wrong: any wins are a good sense of progress for the Warriors, who have struggled to get any in previous years. They have to like what they see from junior quarterback Connor Mault, who has 987 total yards through the air, as well as running back duo freshman Ayden Williams (346 yards) and senior Ryan Hammer (332 yards).